The skies look a bit bland during periods of overcast but there is an absurd little filter on the camera that increases the drama. It was dramatic enough at ground level hot and sweaty with hardly a  breeze blowing over he mangroves. 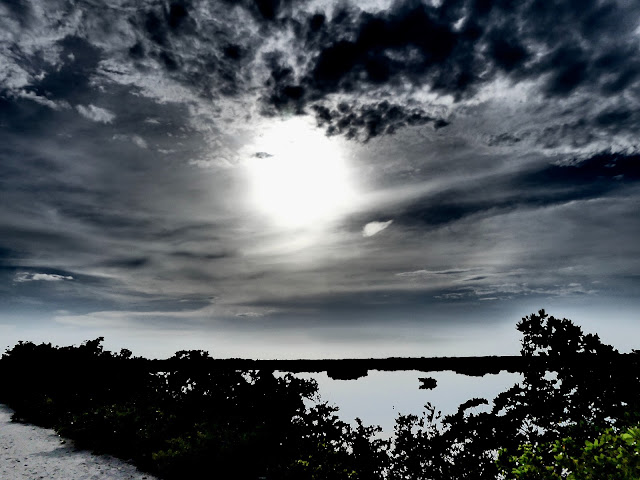 Rusty was there dodging through the shady bits checking out the stuff dog check out. I was off that night so I wanted to take him on a long walk and go home ready for both of us to sleep and I ended up putting myself out at least. And in the morning let it be noted it was I that woke the dog up at fully 8:30,  two and a half hours after he usually sticks his snout in my face ready for a walk. A success then, this nearly three mile walk. 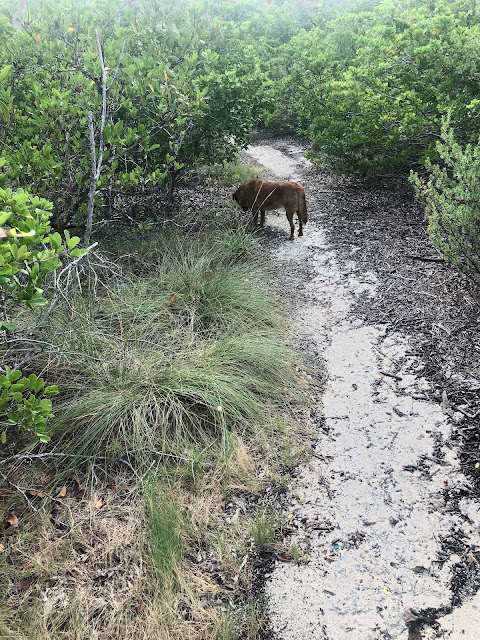 As you can see it was a calm afternoon, the ponds among the mangroves were flat and still. It was quite beautiful. The trail is at the very end of Sugarloaf Boulevard at the opposite to the more well known and frequented Sugarloaf Loop wherein lies the jumping bridge. 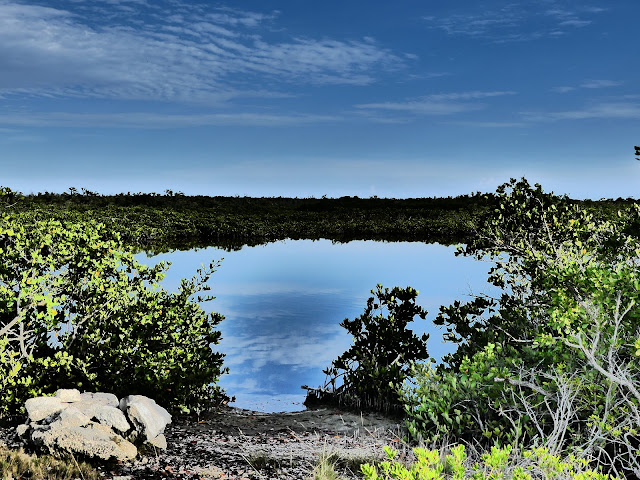 In the distance to the north I could just make out Highway One shimmering in the heat. 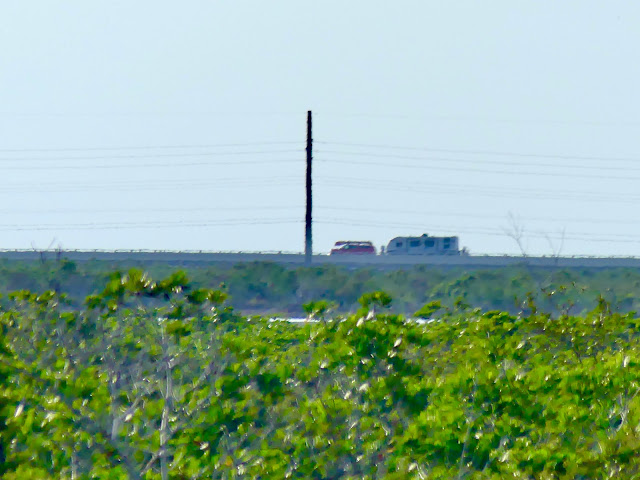 There's not really much to photograph in this wilderness especially as the greenery tends to tower over the trail and cuts off any possible views at sea level. 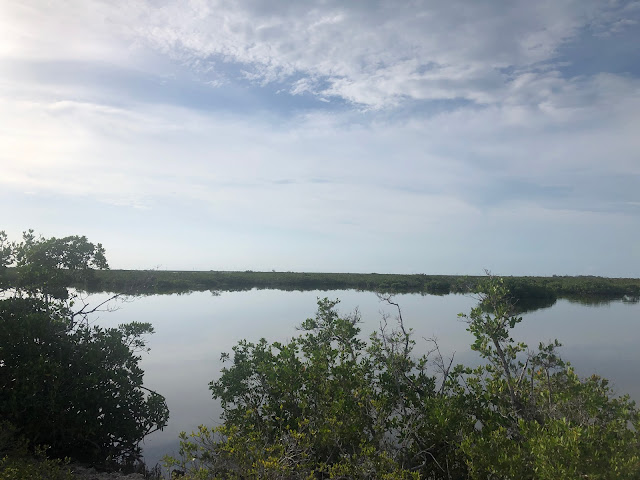 It was hot and sweaty, which I like especially if the alternative is snow or frost or fog. 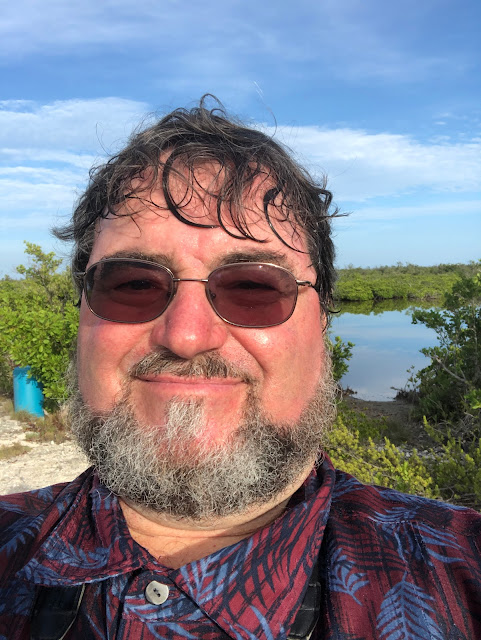 I wanted to prove to myself I could walk a decent distance as i have been feeling more secure on my feet. So I took my cane and ambled my way about a mile and a half out, and it was rambling, as the walk took an hour and a half each way. 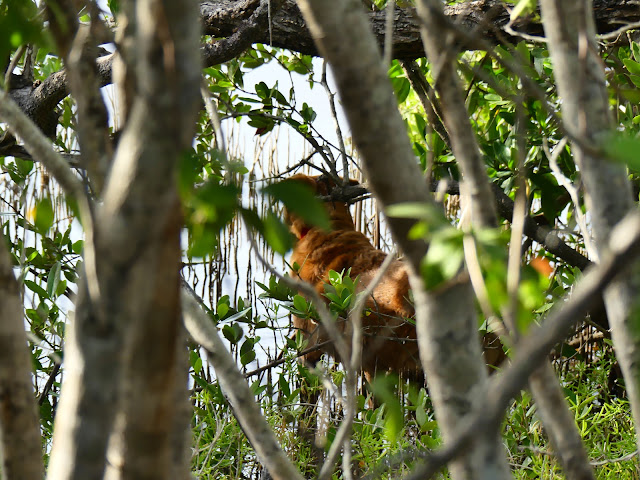 You make your fun where you find it. And pretty soon it found me. Rusty came back to me quivering with excitement and stared down the trail expectantly. I had no idea what was coming but sure enough a man and his dog appeared up ahead. We exchanged pleasantries and the dogs did the same and he walked off in the direction I had come. He spoke as though he knew the trail and had his plans to walk all figured out. Rusty and I pressed on toward the car. I wasn't walking that fast and sure enough the stranger and his dog caught up and we started talking. My limp brought up the motorcycle accident and he told me about all the bones he has broken over the years. It was a long and horrendous list of arms legs shoulders and ancillary parts. We then shared commiserations on the standard of driving on Highway One, and the young man told me a horrendous story about a car brake checking him on his sport bike and causing a three vehicle accident on the highway. 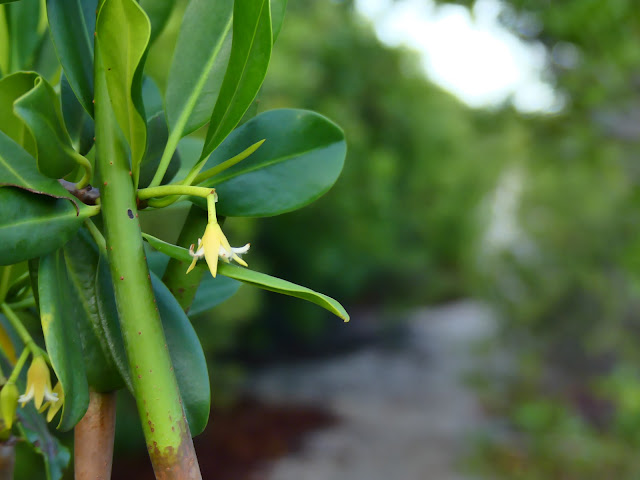 Oddly enough as we walked and talked we found a connection to Santa Cruz where I used to live and where his father graduated university in California. The other truly odd thing was he recognized my voice from calling 911. That was slightly freakish I have to say. We were alone on the trail and it was a pleasant way to spend a few minutes in company when I had expected to be alone. He had a nice young dog too which I forgot to photograph. The sad pat of the story from my perspective was his acceptance that to deploy his own university degree he was going to have to leave the Keys where he grew up. But, as he pointed out hey will always be there to come back to. A big gin and tonic and a short drive home. And we were both done. 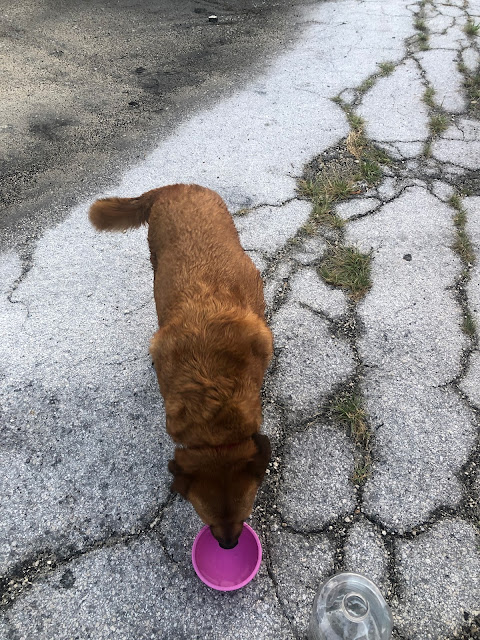