From December 2012. It has been six months since Cheyenne died, and as much as I love Rusty and am glad to have him in my life I do miss Cheyenne from time to time. I am also missing the cool sunny days of winter so this weekend I decided to report an essay that covers both.


The light changes in winter, the sun sets lower on the horizon, more onwards the southern hemisphere where they are enjoying mid summer while we get the joys of winter up here. As close as Key West is to the equator the length of the days remains fairly even by nature, except that the time change each summer lengthens the summer days considerably, slightly distorting nature's plan. 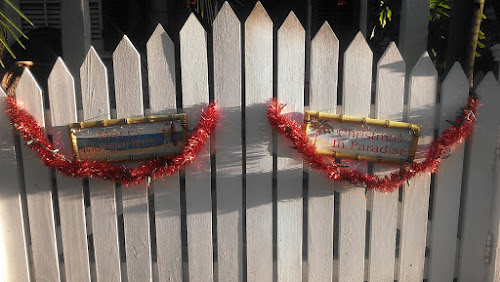 As a result in summer it gets dark close to nine pm while here and now it gets dark just before six in the evening and with the sun lower on the horizon the light shines lower in the sky, especially in the evening. Which gives these pictures, taken before dusk a particular lighting effect. The colors are muted and the typical strong whites and lues and greens of Key West take on a pale shade of foggy light. Cheyenne was just happy to be out and about and not suffocating in summer's muggy heat. 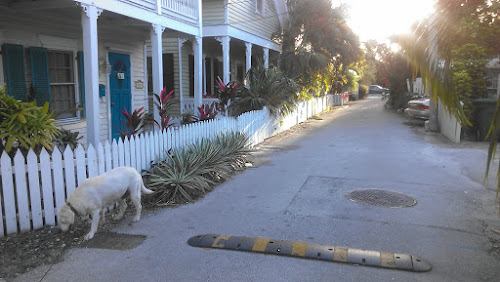 It may not be summer's muggy heat but it's still warm enough for shirt sleeves most evenings, temperatures in the low seventies and cool dry air blowing off the ocean. Cheyenne likes it a lot and I do too. This is the time of year snowbound Northeners yearn for Key West if they are allergic to ice anywhere outside a cocktail glass. 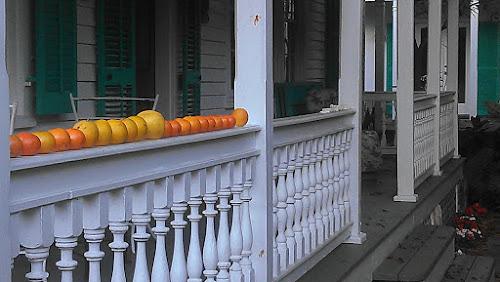 I photographed the citrus fruit laid out on the railing above, and Cheyenne contemplating her future below, both pictures on Catholic Lane, so called because it butts up against the Catholic section of the sheer hated cemetery. It always strikes me as odd that in death some people need to be buried in their own sections of the burial ground. 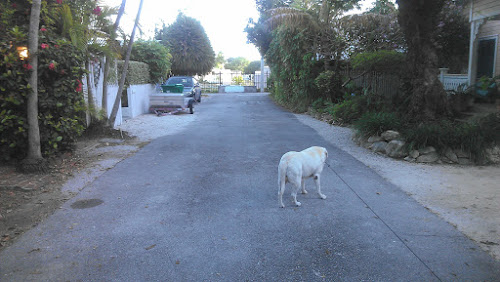 Around the corner looking west on Angela Street into the sun I saw a typical Key West street scene, companionable cycling. Cycling as a way of urban life, and te riders aren't dressed for blizzard conditions either. 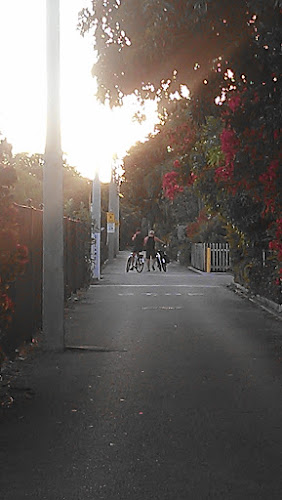 The dogs were out as we tried north on Margaret Street. Angela becomes Carey Lane and Molly was poking around minding her own business when Cheyenne came lumbering along. 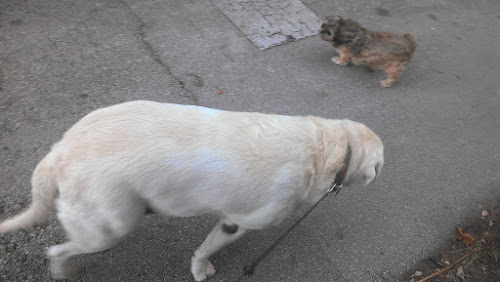 While the dogs sniffed each other, a very animal yet civilized way to make an introduction, I peered up Carey Lane which is actually an extension of Anglea Street, renamed fro some obscure reason. 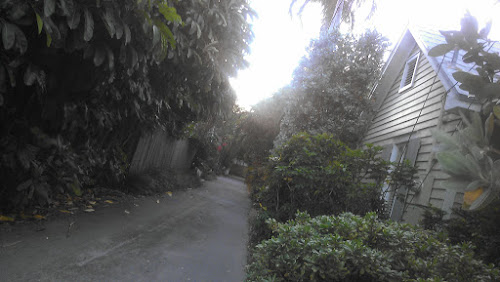 this nice lady was looking after her daughter's dog, Oliver the Terrorist who tried to scare Cheyenne who ignored him as usual and kept walking toward Carsten Lane, the street that connects Margaret to William. 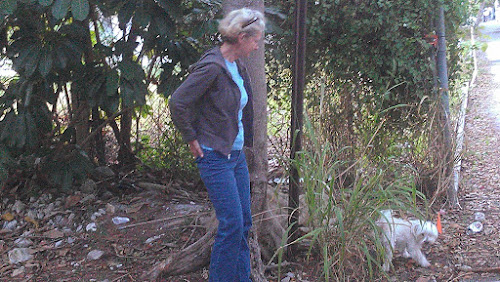 Cheyenne was of a mind to follow the terrorist and his minded down Carsten but I was aiming at the car in the other direction. We tussled and eventually my dog yielded. 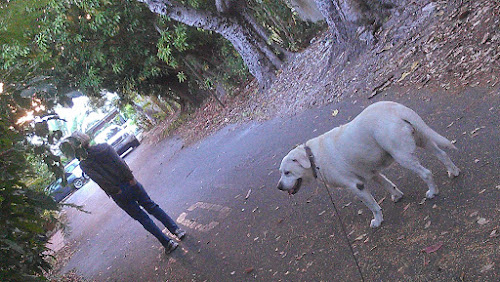 She got her reward at Michael's Restaurant where they weren't handing out volcanoes for dessert but they were handing out dog cookies. That was nice for Cheyenne but hell for me as I had the devil's own job separating Cheyenne from the cookie jar. It was all stop and start on this sunset walk. 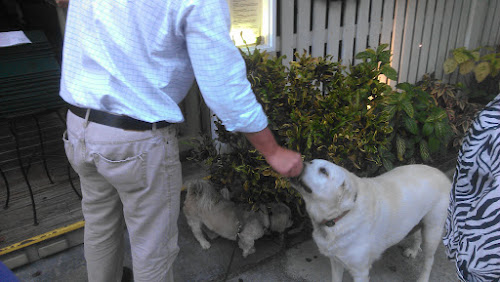 My reward came at Finnegan's Wake after I poured Cheyenne onto her bed in the back seat of the car and settled down with my wife and a pint of Boddington's. 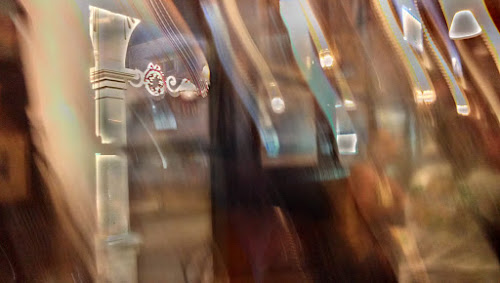 Christmas decorations had gone up on James Street I noticed. I played with my camera a bit which went all artistic on me. I liked the effect.