It's at Mile Marker 14.5  which is close to Baby's Coffee at Baypoint. It's been through a few transformations, most recently as Kaya Eats, an oddly named place. Now it's known simply as "Fish" which is not an easy name to look up online. A nice clean uncluttered interior: 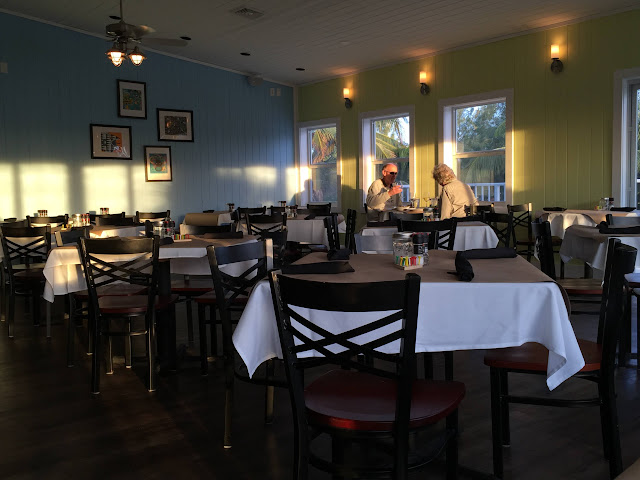 They built the place alongside Highway One and made a kind of sports bar out of it, years ago: It faces west over the water and the mature trees on the south side give you the impression of eating in a forest. Happy hour is one of those pernicious institutions that causes alcohol to be sold cheap, I got my old favorite a bottle of Yuengling while my wife branched out and tried a ginger beer mojito and it wasn't at all bad. 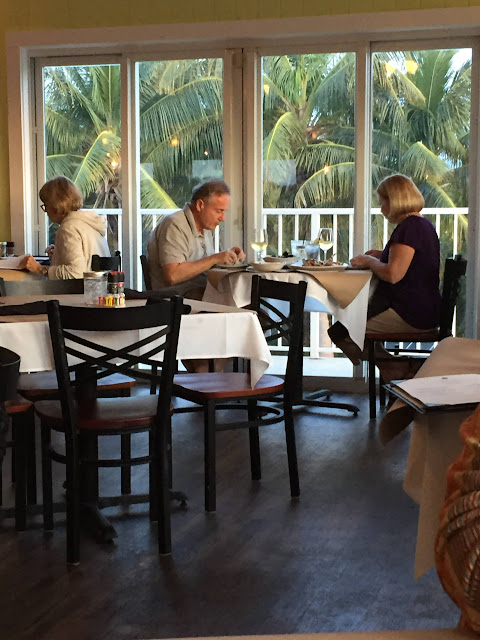 We decided to have three appetizers for an early dinner, First  we had curried mussels and they were very good, not too hot but spicy enough with a green coconut curry. Then we tried the pork tacos which I found a bit sweet but they got five stars from my wife, so what do I know? 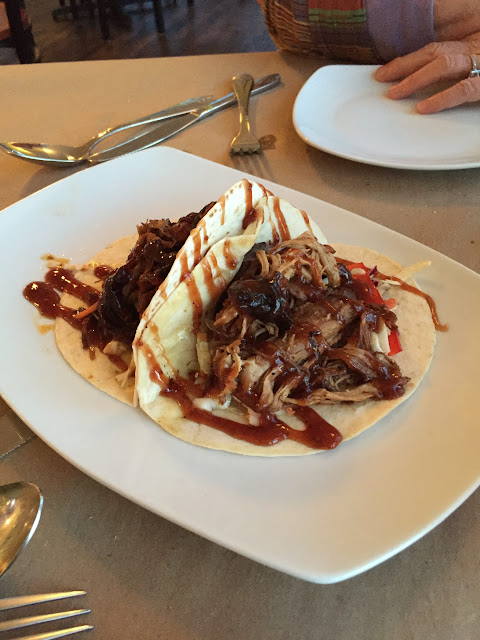 I enjoyed the glass my Yuengling came in, putting me in mind of old single cylinder motorcycles, known as "thumpers." 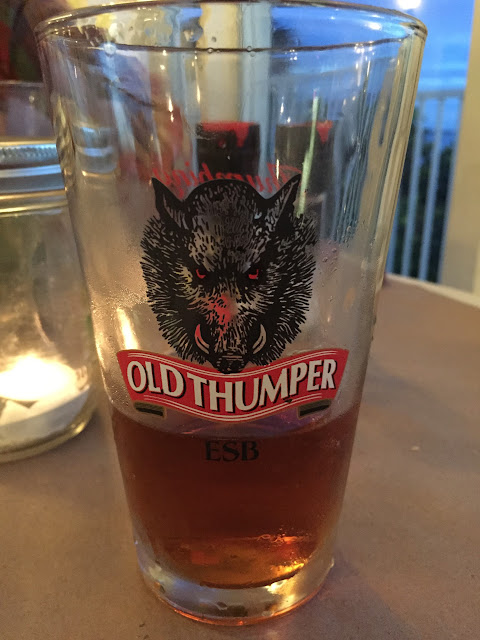 The rice balls were superb, and tasted as close to the homemade ones I used to get as a child made by my great aunt. They were less a cheese puff and more rice and tomato inside with pieces of red bell pepper that give them a slightly tart refreshing taste. I could have had another helping of these. 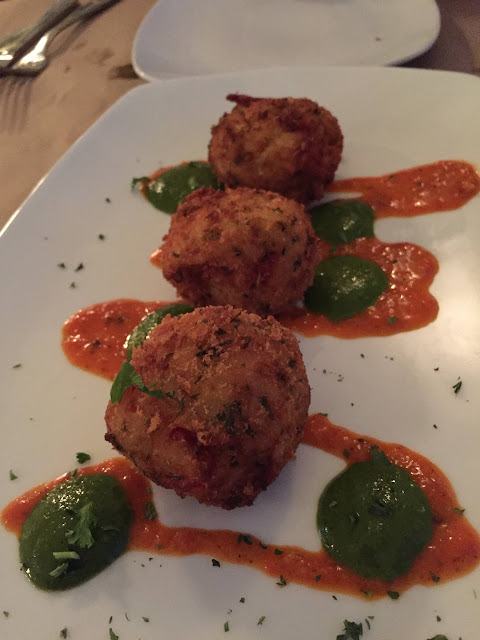 My wife noticed the interior seemed less noisy than it had during the Kaya period. Also the service was great, attentive not fussy and prompt. 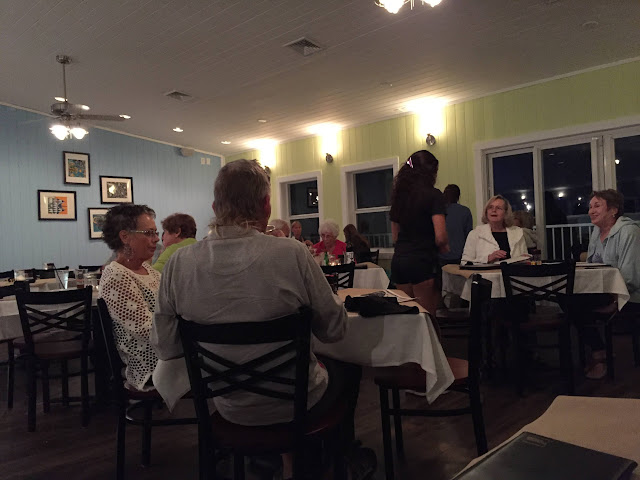 We made reservations for the Valentine's day dinner which as I am working means we will have to come early. I guess that means we liked it. Lower Keys eateries are doing well. Thank god for snowbirds who demand more! 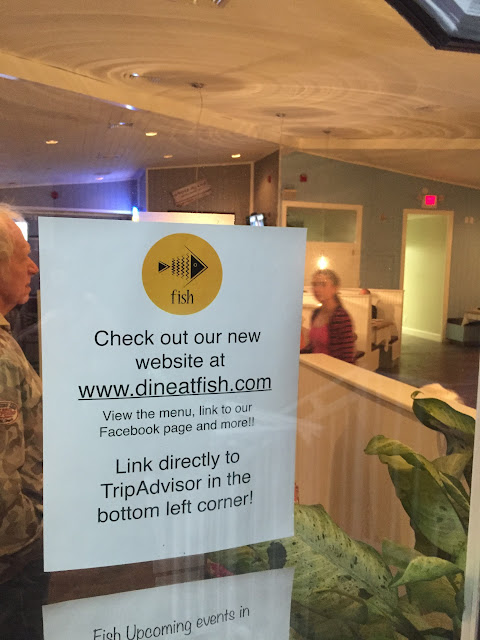 Here's the link: Fish
Posted by Conchscooter at 12:00 AM 2 comments: