The dawn is coming up later and later and I like it. After six in the morning and it still looks like night. 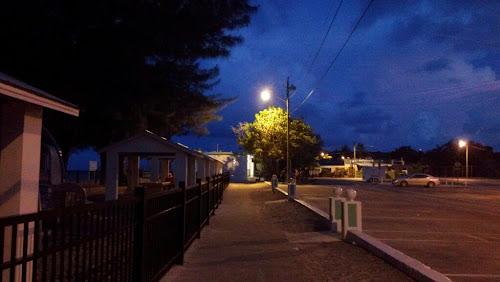 The beach is open to all from six to eleven and that means bums as well as everyone else. This ones a reader and not much of a fan of friendly happy Labradors either. 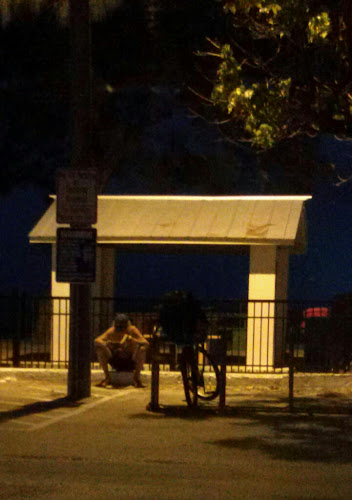 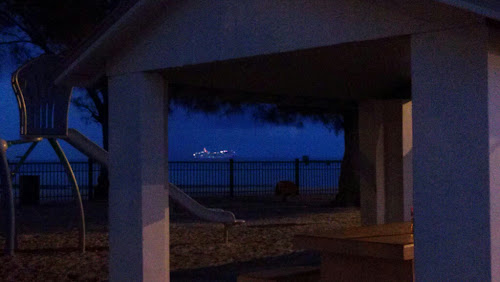 In winter there re lots of people camping in their cars at this county park. In umber there are just a few hold outs. 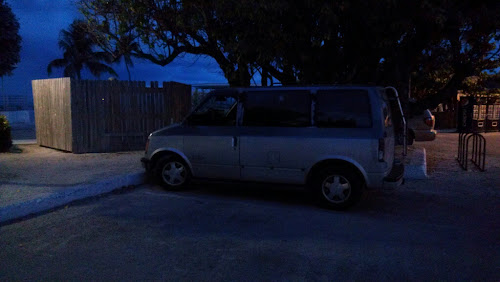 Some people sleep on the bandstand, inconspicuous lumps that only appear with the arrival of day light. 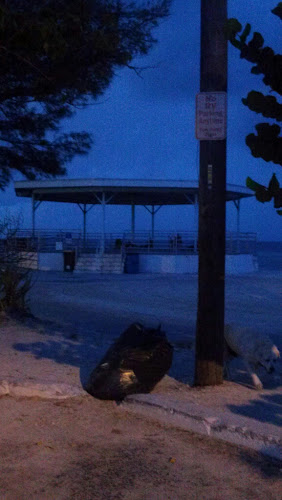 Another camper alone in a parking lot that come January will be filled with license plates from every northern state and many from Québec. 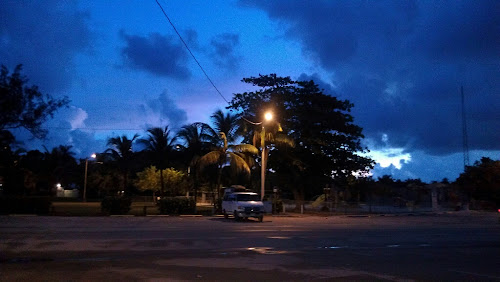 The cruise ship was moving silently across the horizon. That's the channel the powers-that-be want to dredge to accommodate ships twice as big as the one you can see here. 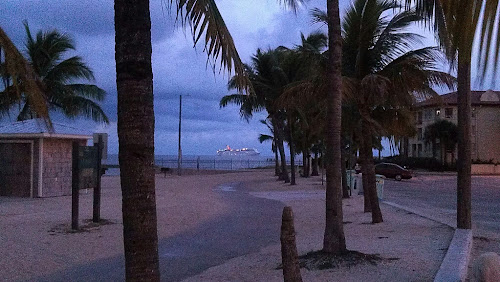 The county has the right signs out up and an off duty deputy frequently patrols the beach area during the day but it's an uphill struggle in a town devoted to the worship of public drinking. Some people are bothered by the bums but they never hassle me. Perhaps it's my mean beard or my fierce dog or my attitude that I really don't give a toss. I don't know but I am left alone to walk my dog and take pictures, just how I like it. 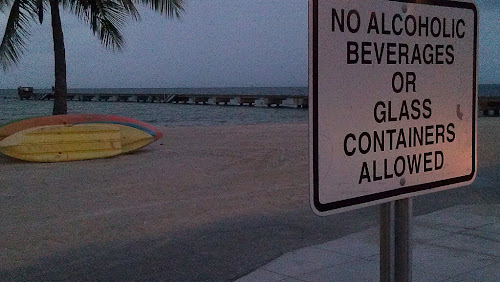 Decades ago some few people scratched a living from the land in the Keys. There was a dairy farm in the area of New Town and Flagler's railroad helped pioneers in the out islands get their produce to market, but these days tourism and housing trump pineapples and limes. As a result this is one of the few applications you'll see for a tractor in these islands. Cleaning the beach isn't technically agriculture but it helps raise the dough. 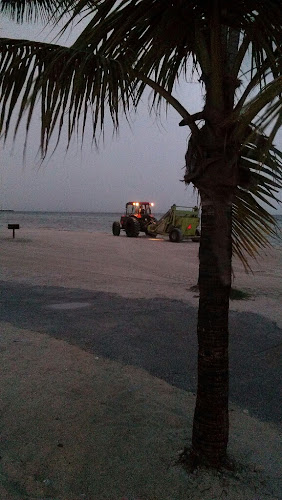 Recycling bins have finally appeared. Filled with trash, food scraps, styrofoam and one well used diaper, the concept of recycling is a long way away from these delicate islands perched in a failing ecosystem. 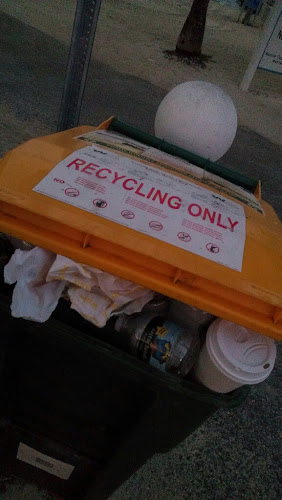 On days when I wished I lived in the sane and sensible San Juan Islands I am reminded why life here is so sweet, bums, trash and alcohol, and all. The rain came down and soaked my dog and I without warning. One minute we were dry the next we were soaked. We took refuge under the awning at Salute, the Italian restaurant on the beach. 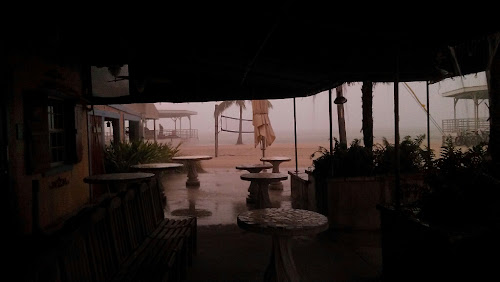 We were soaked, it was raining yet the temperature was very pleasant. Before we got home the sun was out, my t-shirt was mostly dry and Cheyenne was refreshed. What a great climate. 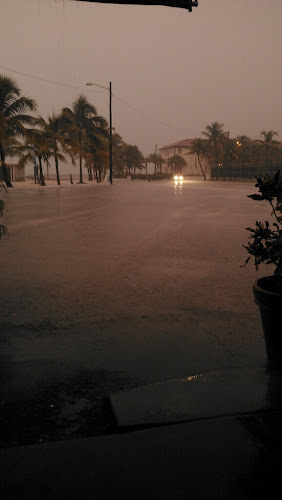 When it rains though, it really rains. 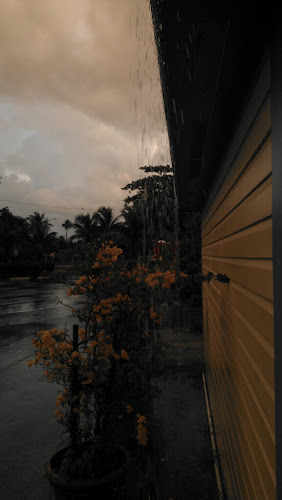 And then when it gets cool in winter the dry season begins. Perfect.