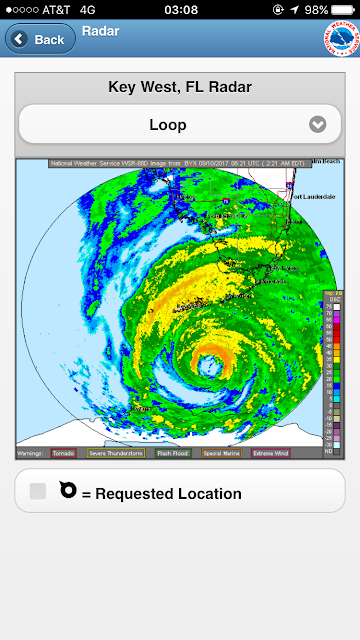 For some reason my neighborhood, close to Hurricane Irma's landfall is ringing lately to the sounds of hammers and saws. Repair work is in high gear 10 months after the 150 mph  winds landed here 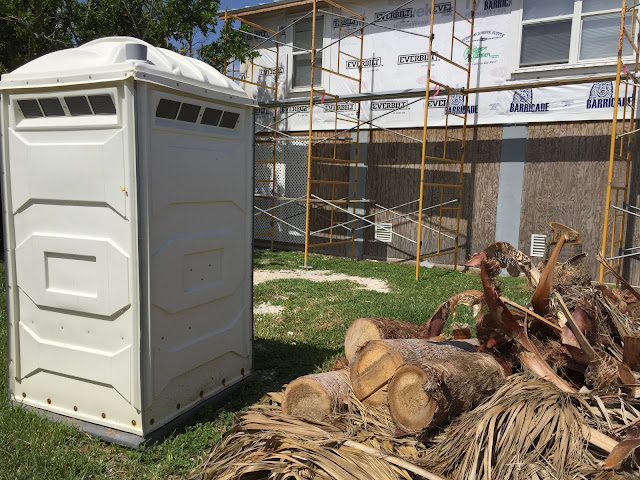 The tourist infrastructure has been repaired and so the face of daily life in the Keys proceeds as normal. But off the beaten paths where people live insurance companies have not been so forthcoming. 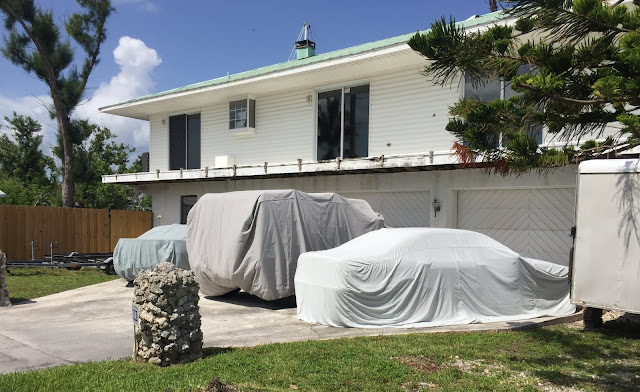 The boats that washed up have been cleared at vast expense but there is still crap in the water, unexpected branches and humps of dirt.... 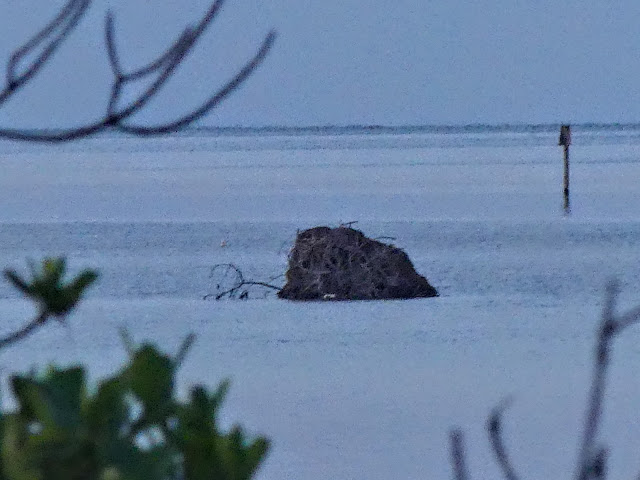 I found a couple of gas stations on what appeared to be limited rations...that was a flashback. 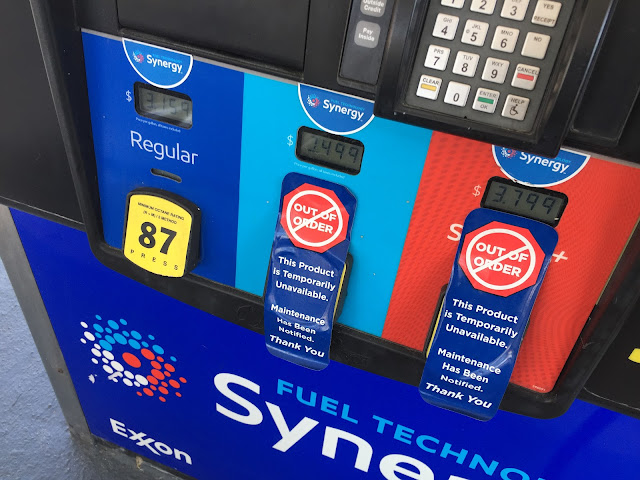 Not being able to find gas was a huge headache before and after Irma and a constant source of frustration. Now one of the Shell stations appears to have given up altogether on offering higher grades of fuel. Weird. 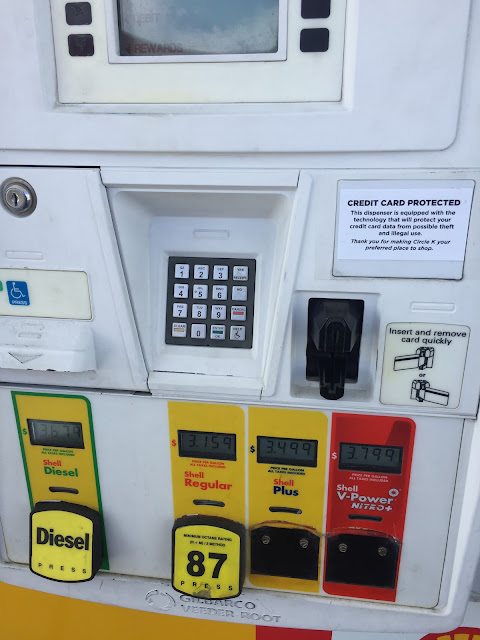 The campgrounds in the Lower Keys got mashed. The Sugarloaf KOA appears nowhere near ready to reopen yet. 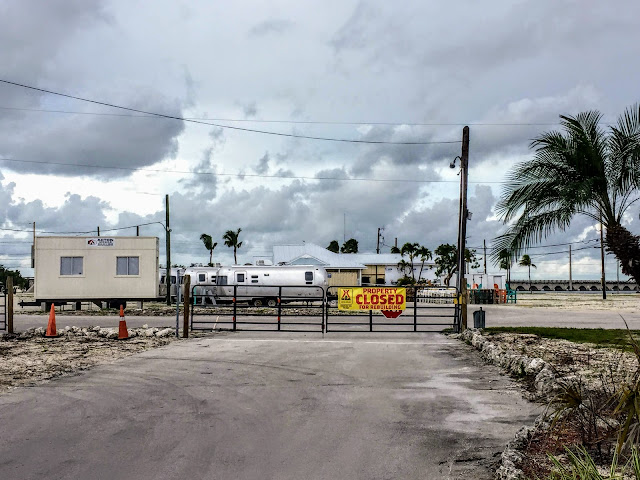 New fences mark the path of the storm. 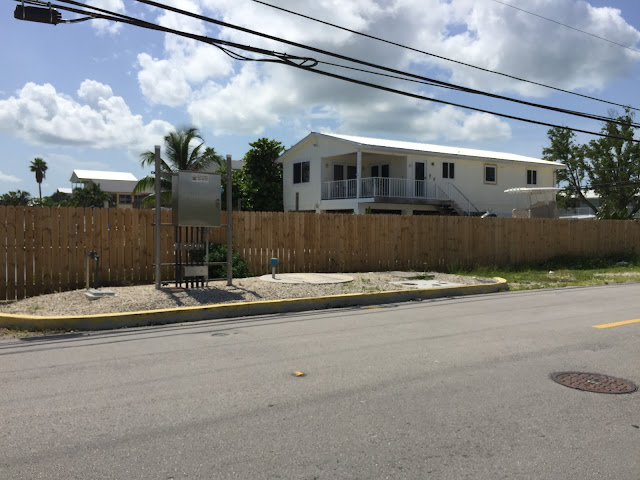 Houses appear abandoned in some places, damaged and unattended. 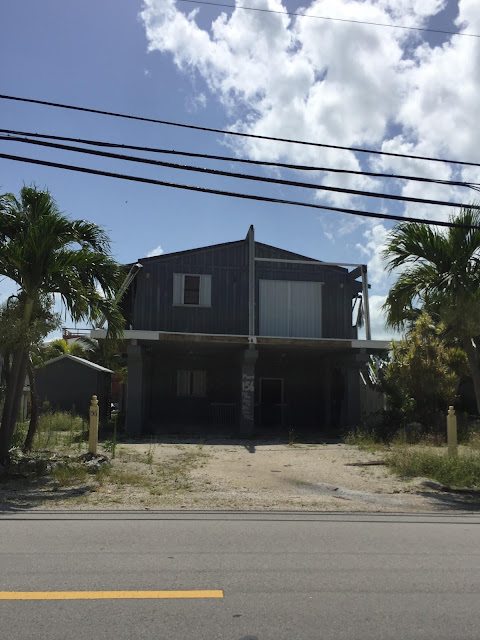 We  don't  need another storm this summer. We didn't really need Irma.
Posted by Conchscooter at 12:00 AM No comments: