For a change, I said to Rusty, we are going to walk New Town. He looked dubious. What? He said. No alleys? No empty bottles, no abandoned pizza? The list went on. No I said, just an abandoned department store. 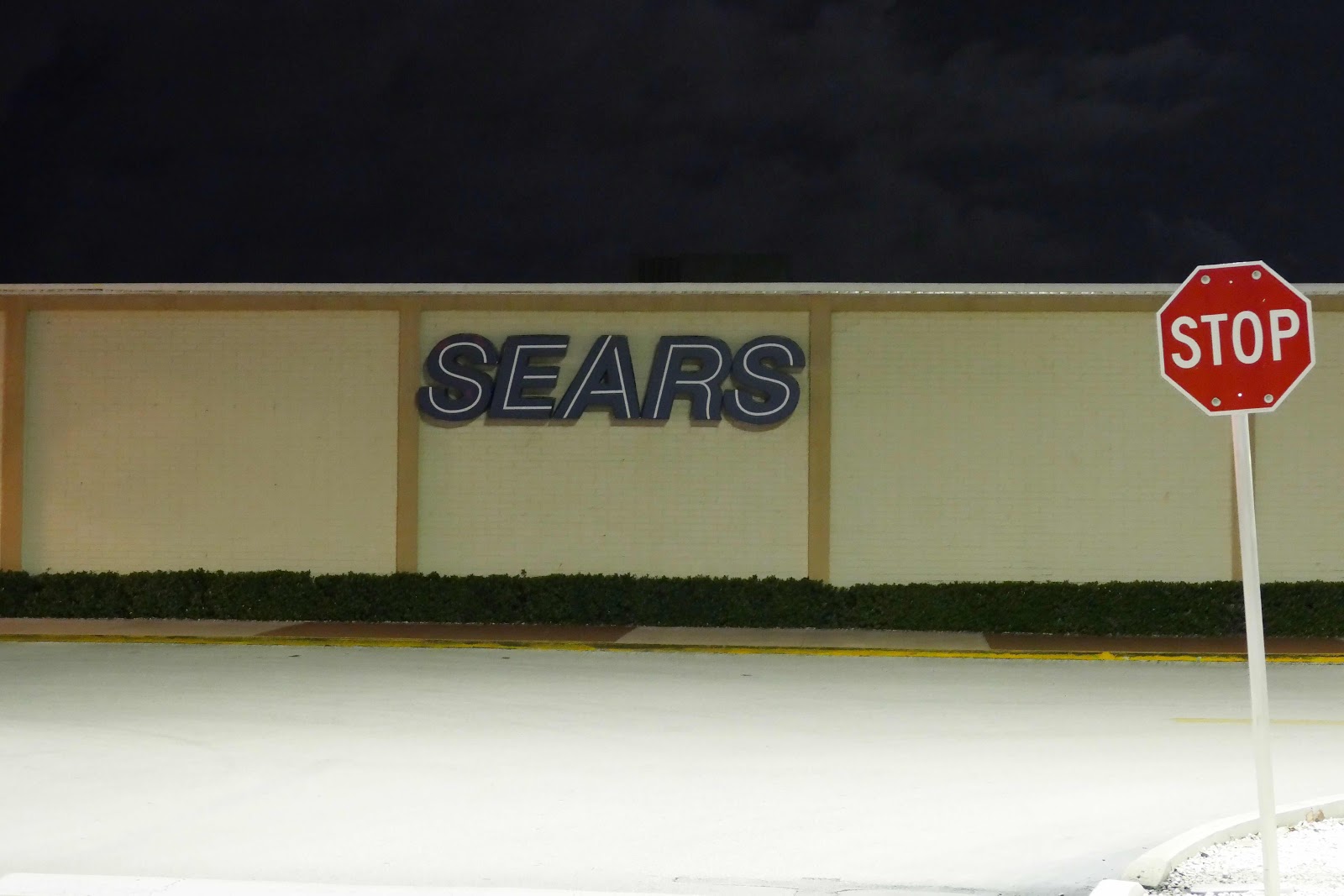 Sears opened in Key West on November 4th, 1965, to celebrate my father's birthday. Not  really ( do I need to say that?) but it did open new vast vistas to residents of Key West hungry for fashions and discounts and the ability to touch tools before you buy them. There had been a catalogue store downtown before the actual store opened bringing the products right to the shoppers. I rather think the death of Sears, a store that never adapted to the 21st century, affected a  lot of people who paid attention to history. They were the Amazon delivery service across this country as it grew and developed in the 19th century. The Sears Roebuck catalog connected homesteaders across the West to civilization in Chicago. Who needed the internet to carry out e-commerce? 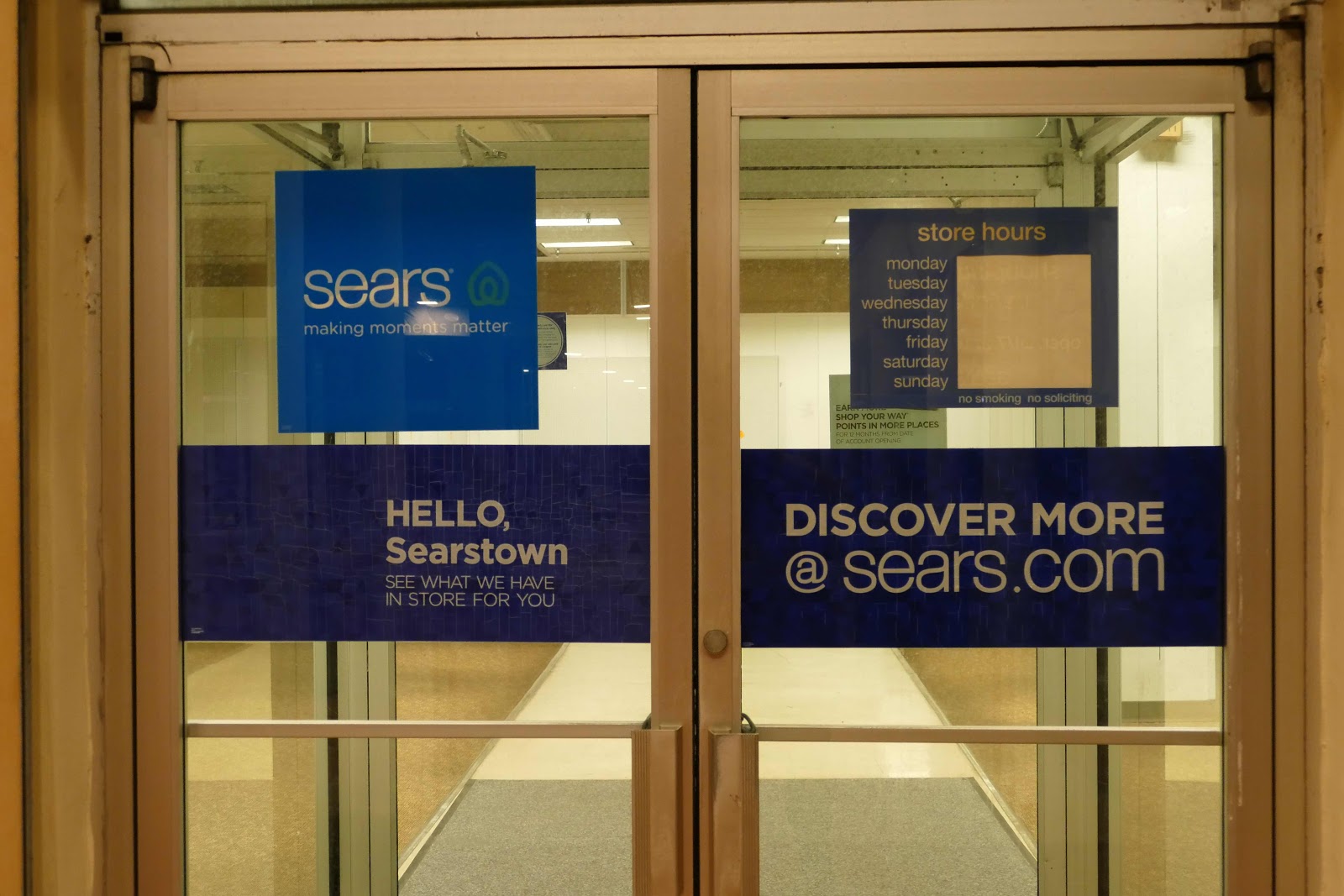 Walking past Outback, one of my favorite restaurants in Key West, fast clean not expensive and friendly, I noticed a pair of clean feet. Not I suspect a denizen of the streets, but most likely a feeble one night stand drunk unable to shuffle all the way home.  I get lots of calls at work from people missing family members who don't come back after a  night out. Sometimes I say gently, alcohol in this town gets the better of good intentions. Oh no they say, shocked, she isn't like that! Not Up North she isn't I think to myself but Key West gives people license to behave in uncharacteristic ways. Luckily this isn't a violent town and the aberrant drunk always comes back to the hotel bleary eyed and embarrassed the morning after. 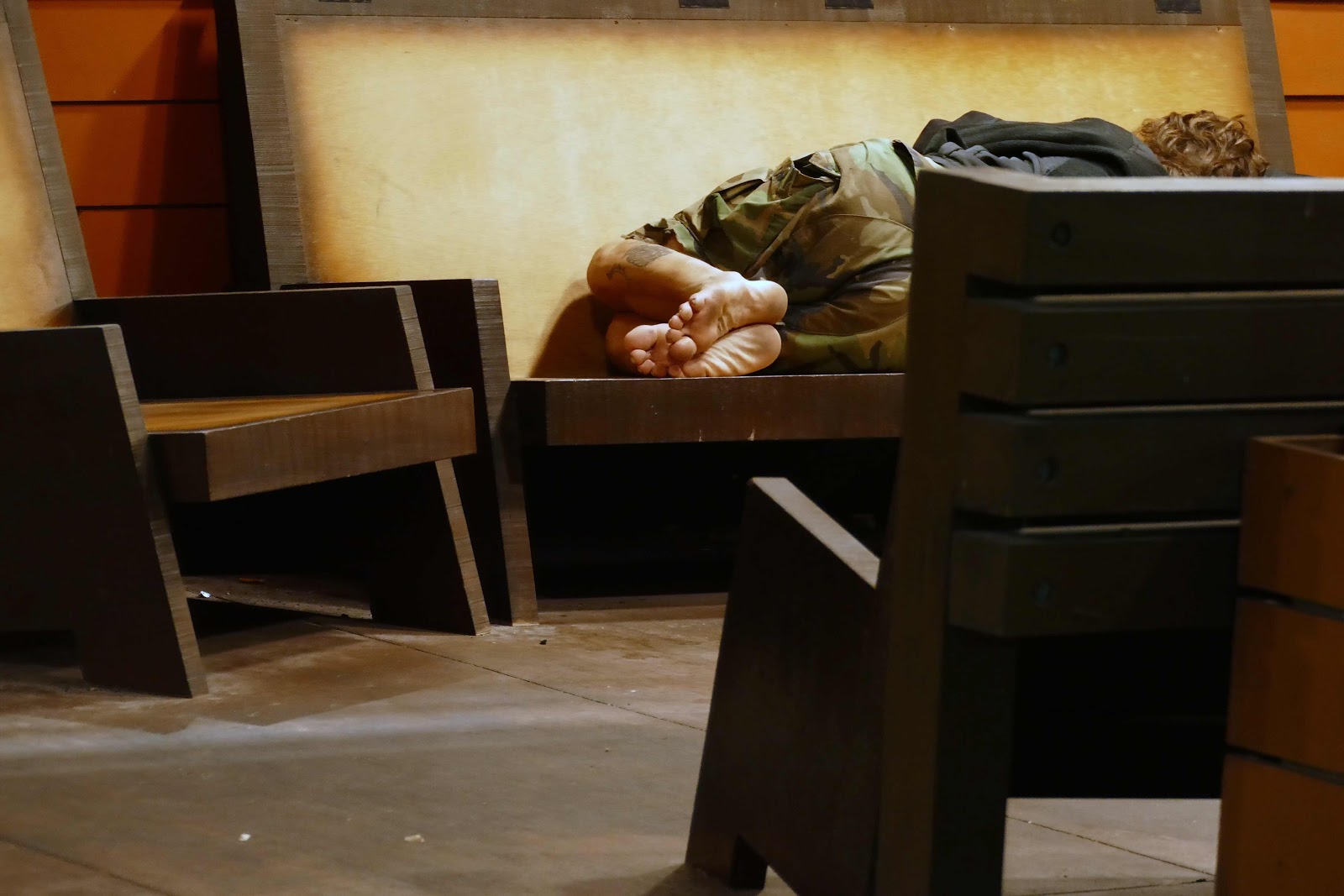 Rusty was wrong and he liked wandering around the shopping center. I think we might do this again. 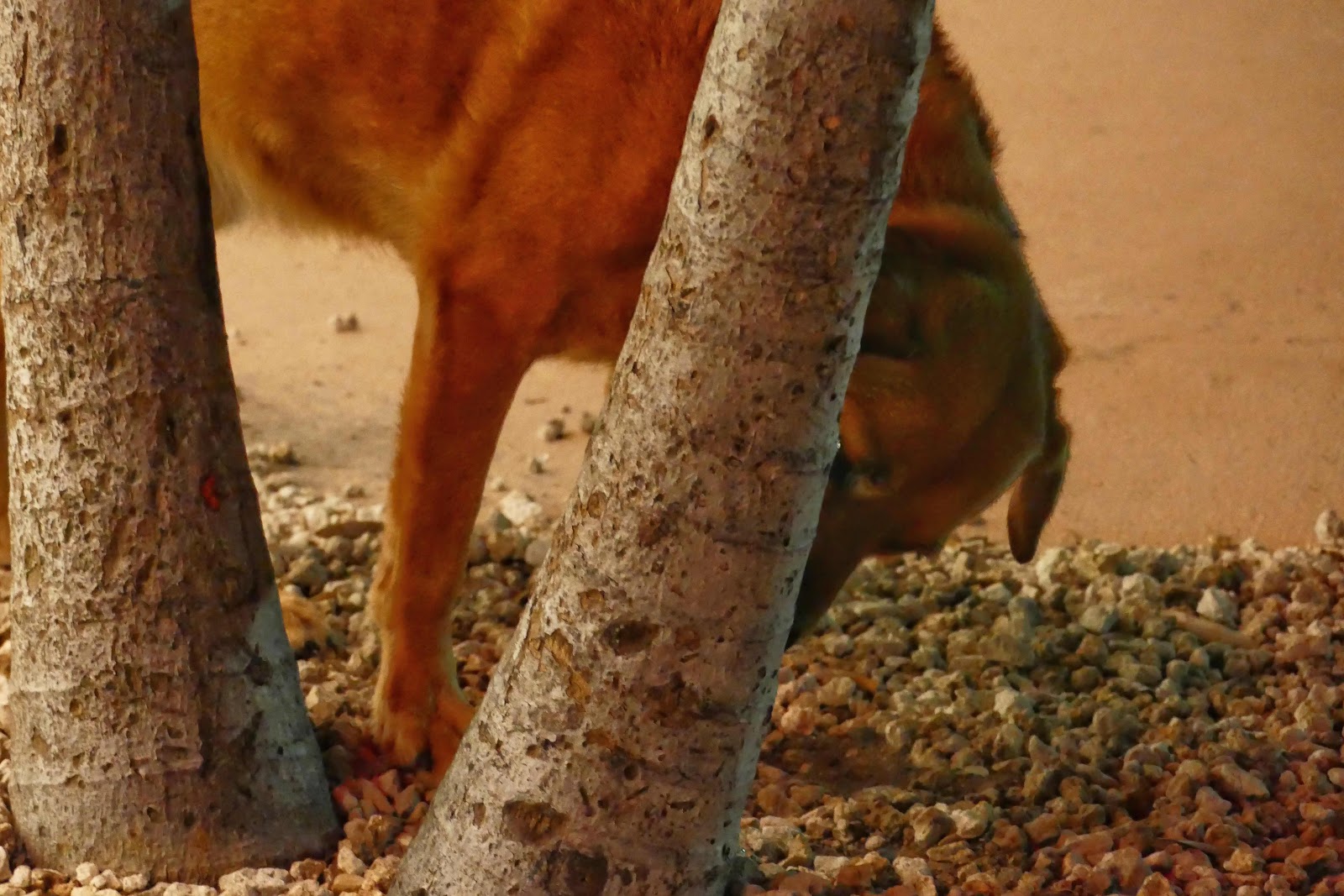 The driver and vehicle licensing center used to be on South Roosevelt near the airport. They moved to Searstown which I think is a better location. I go to Marathon to do mine ever since the county closed the part time substation in Big Pine. I find the staff in Marathon quite friendly and easy to work with. Mind you Florida gives you six years on a  drivers license and will renew you by mail if you have your real ID star and no tickets. Pretty simple. 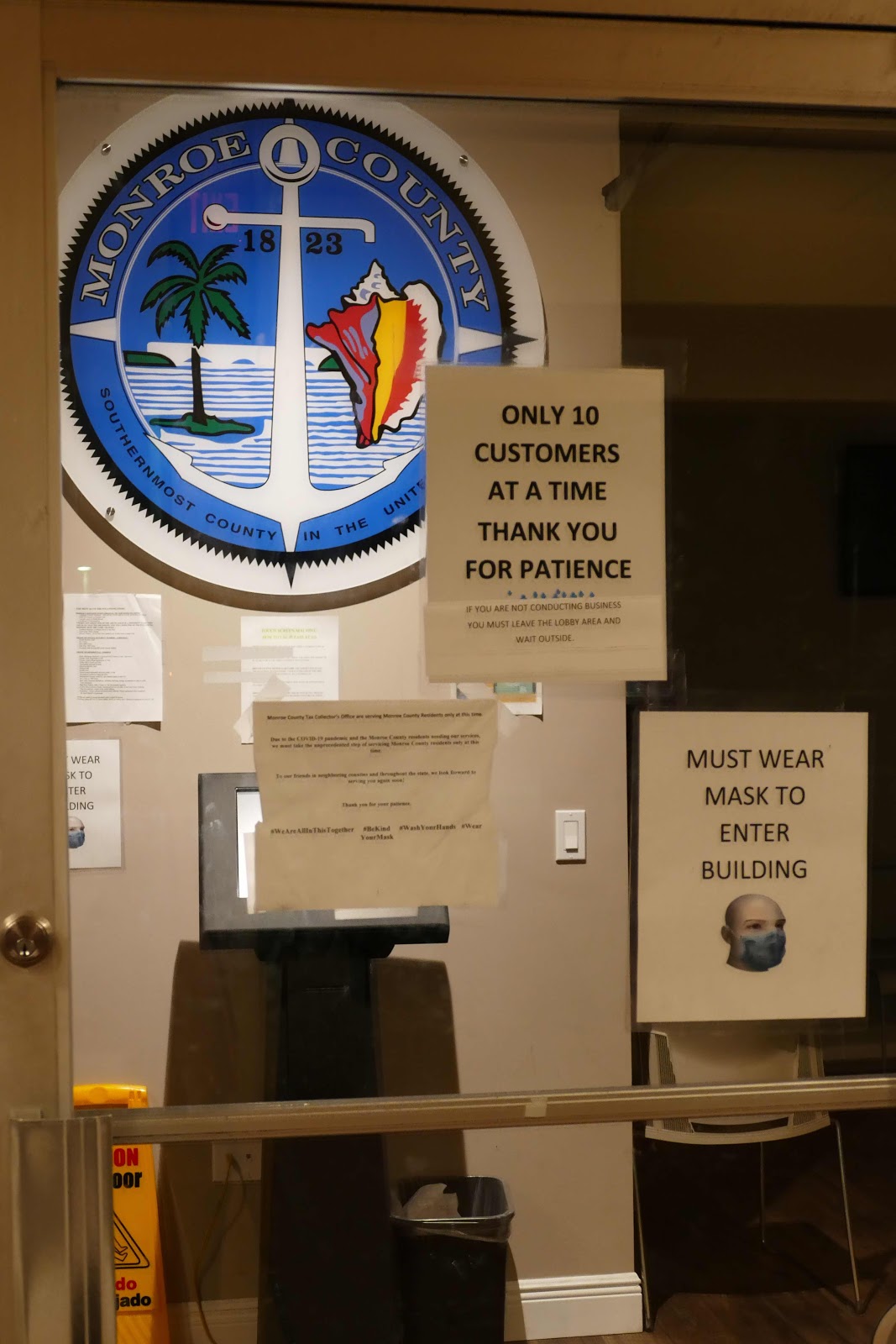 These days for some reason not known to me Publix has two stores in New Town. We call them (with some imagination I think you'll agree) New Publix and Old Publix. These designations are losing validity in a town with a  transient population and we are having to move to the K Mart Publix and the Sears Publix. And now Sears has gone kaput. I wonder what we shall end up calling Searstown after the passage of a few years? 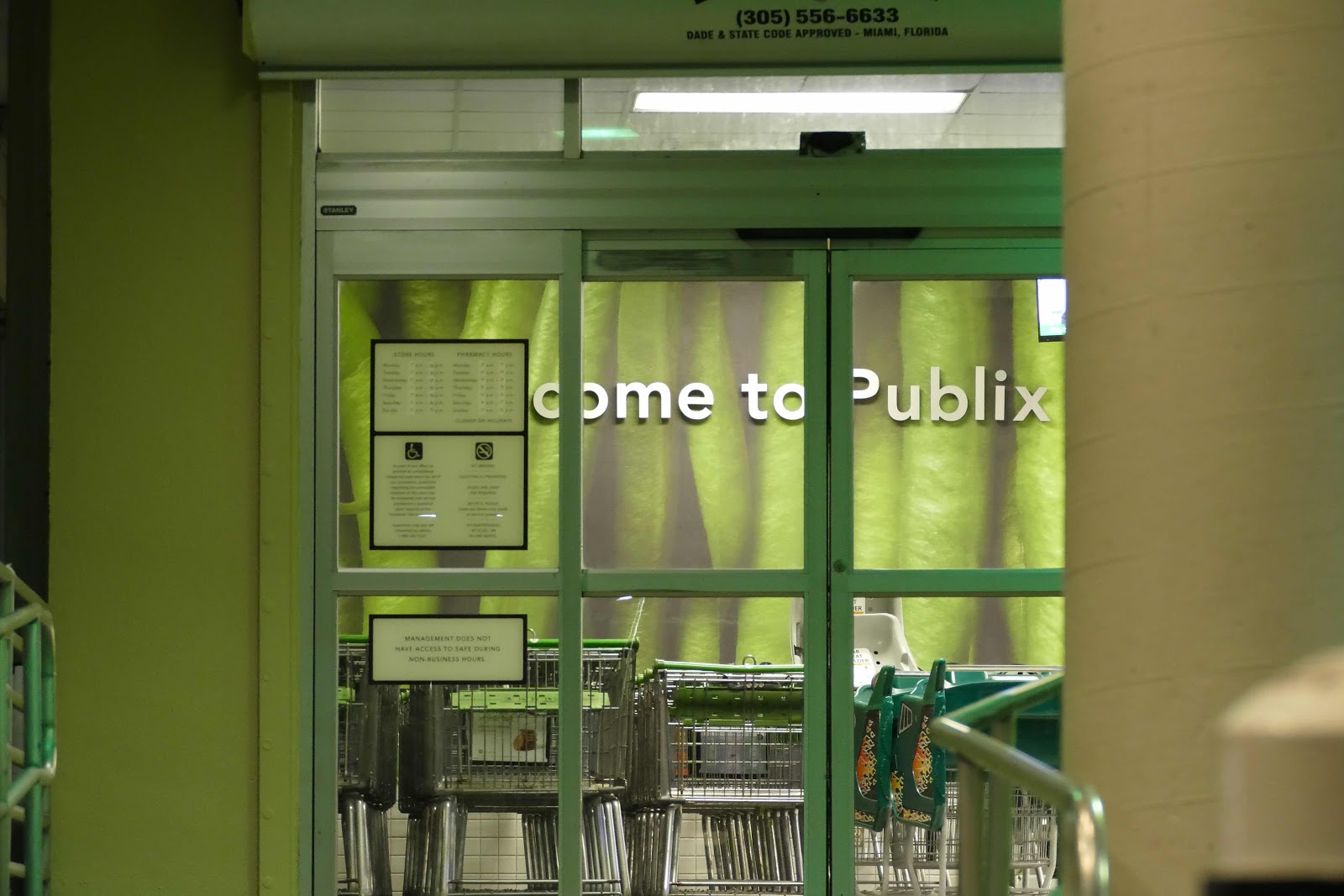 Searstown was a big change for Key West in the 1960s. After Henry Flagler built up the north shore of the island for his railroad in 1912 what you drive on and call North Roosevelt Boulevard has become part of the fabric of Key West. The salt ponds that were trapped by the new rail line were turned after fifty years into a shopping center with all modern conveniences and the lonely road that followed the line of the railroad tracks now found itself the main artery to the new in town shopping center. Sears transformed Key West. 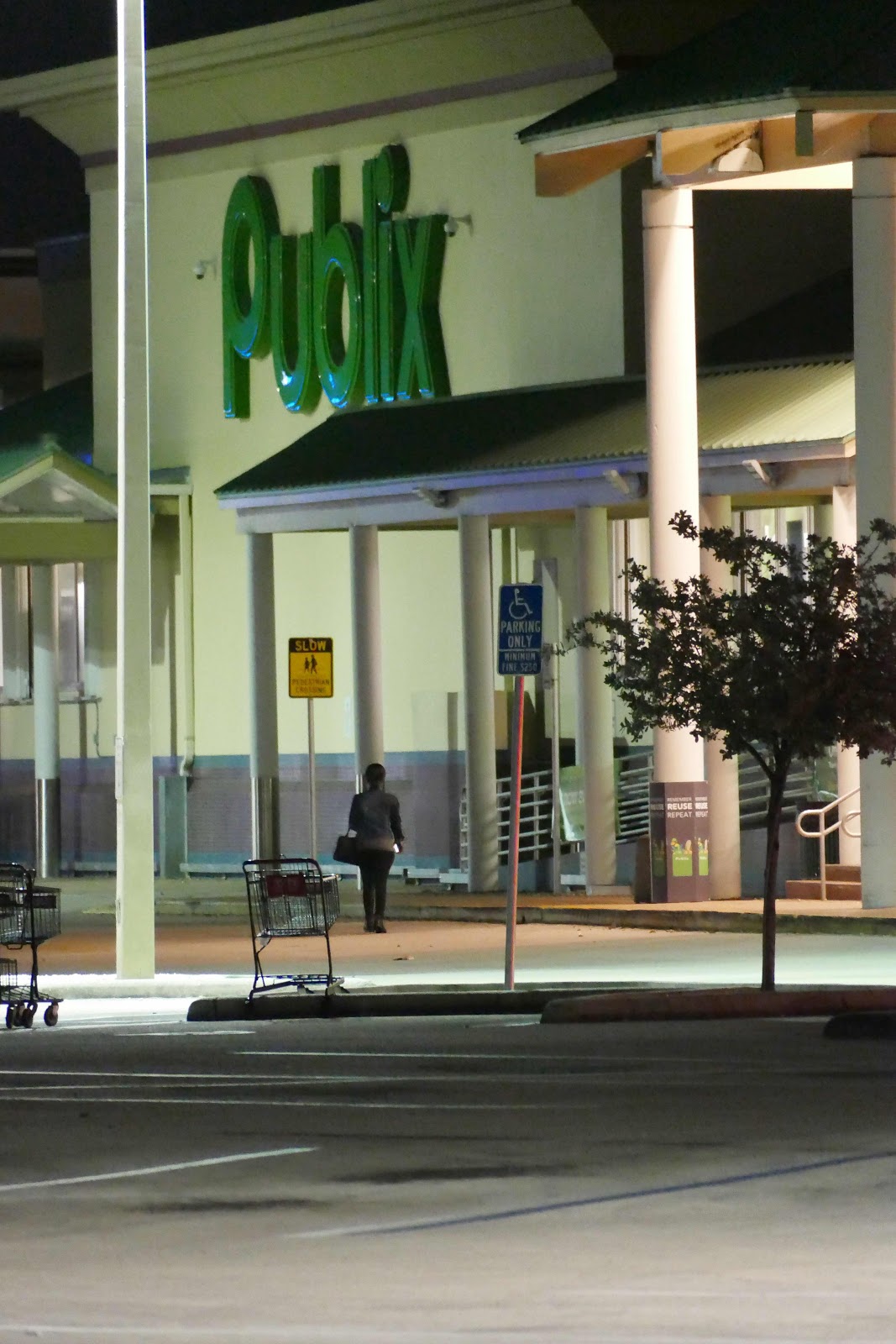 We don't think about the expansion because the island would seem to have contained all the land you'd ever find here. But in the 19th century Key West had a stable population count around 12,000 all crammed into the corner of the city that faced the water. The African American community was pushed to the back, away from commerce in what we now think of Bahama Village though that neighborhood was called rather less complimentary names in the past as you might imagine. There are still old timers who call the police talking about "Black Town" and I have to button my lip and take the call. Er you mean Bahama Village? and they ignore me. 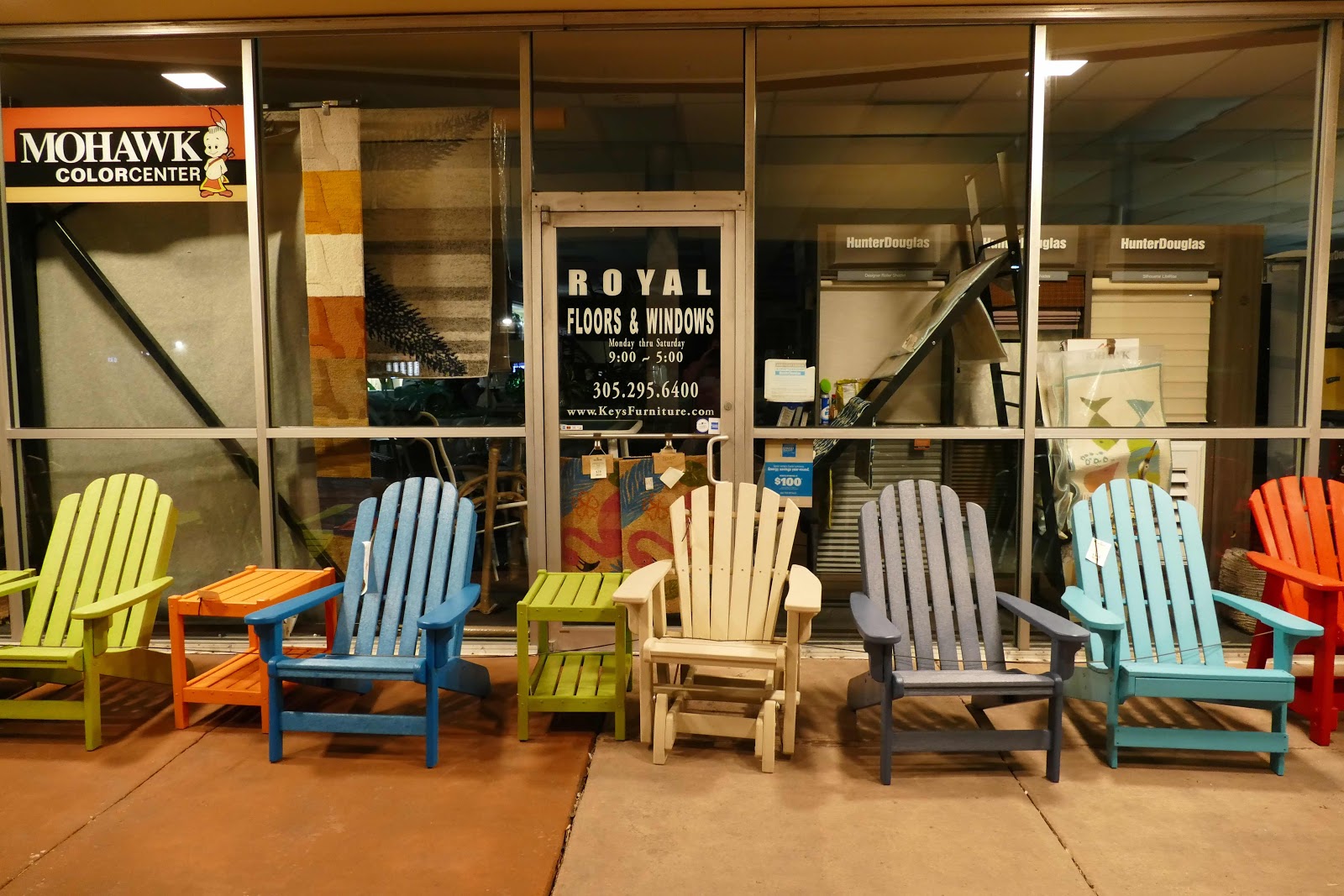 The eastern end of the island was a dairy farm and open space until development happened and the Conchs downtown wanted modern ranchette homes with dry roofs and air conditioning and garages like normal America.  They got them too, leaving the African Americans downtown to watch the invasion of outsiders who thought clapboard wobbly wooden homes were cute and transformed them into guesthouses. The Navy pulled back from key West about the time Sears was built and Duval Street fell into disrepair. The whole island pivoted to the new sohpping center. 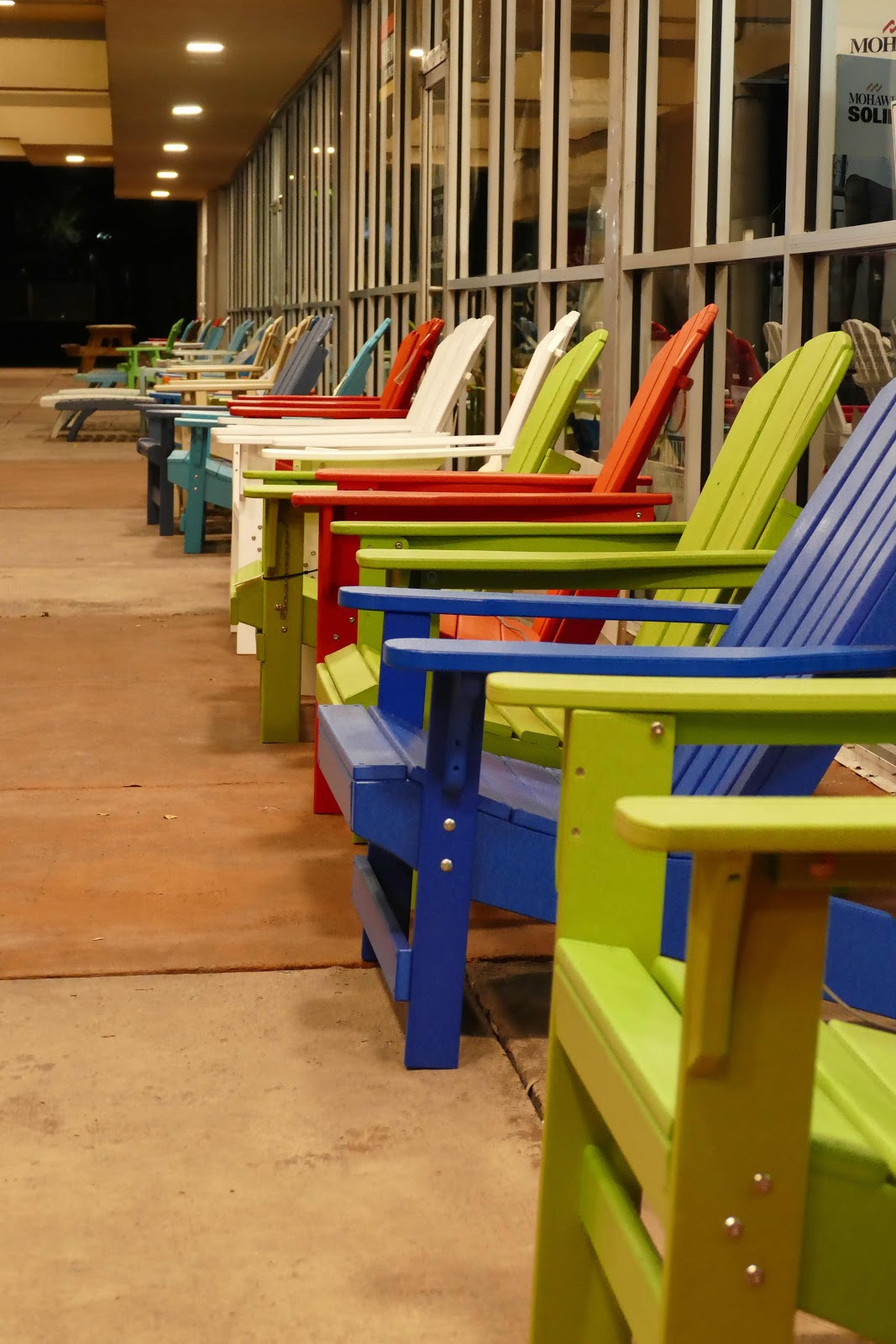 A modern multi screen cinema! Competition too for the drive in on Stock Island and the greyhound racing and the cock fights. Modern America was coming to the southernmost city. The Regal was refurbished right before the pandemic shut it down. Then a car crashed into the steps and wrecked the handrails. And now it looks like this. 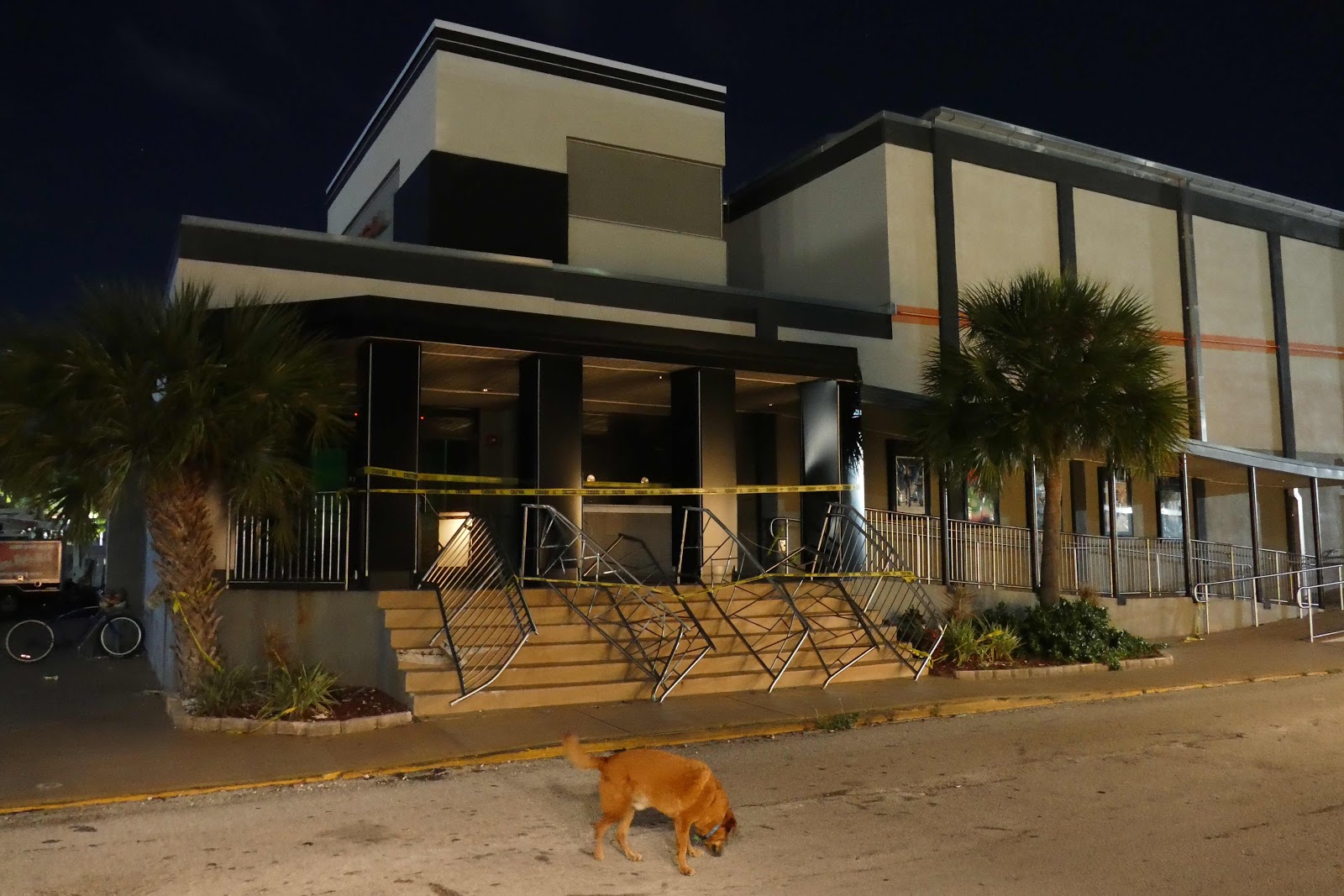 It all feels like a symbol of the changes we are going through in how we shop and entertain ourselves and live in isolation that we all fervently hope will end soon. I wonder will these places reopen? It seems inconceivable that they won't. 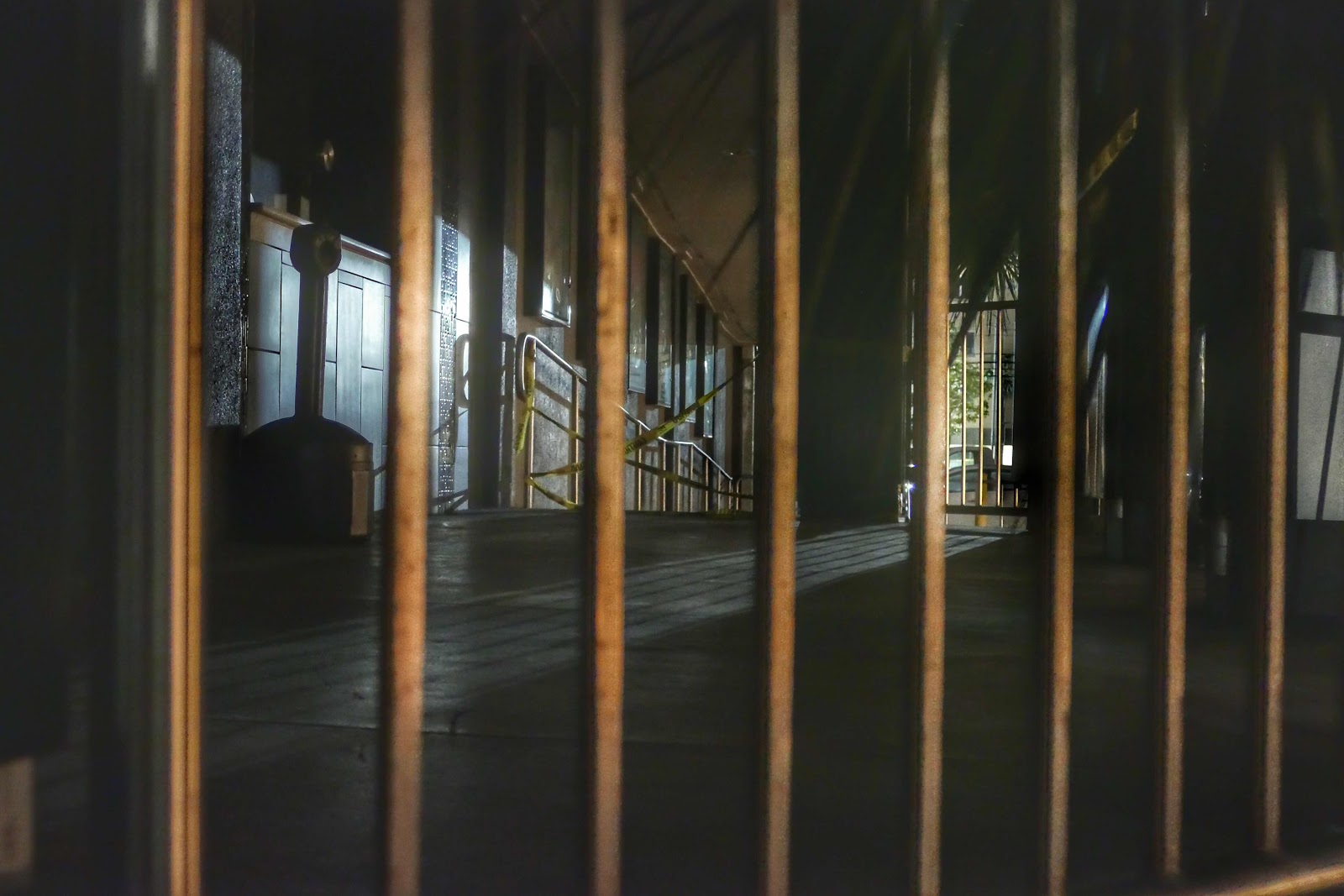 Around the back is a stretch of Northside drive, with low income housing opposite the scenic rear of Searstown, it's trash dumpsters and loading docks. Key West doesn't have land to spare if you want to operate a modern city here. When I visit the mainland and take Rusty for pre-dawn walks in shopping centers there I am always surprised by the expansive nature of commercial construction with landscaping and broad avenues to drive delivery trucks upon. Not here. 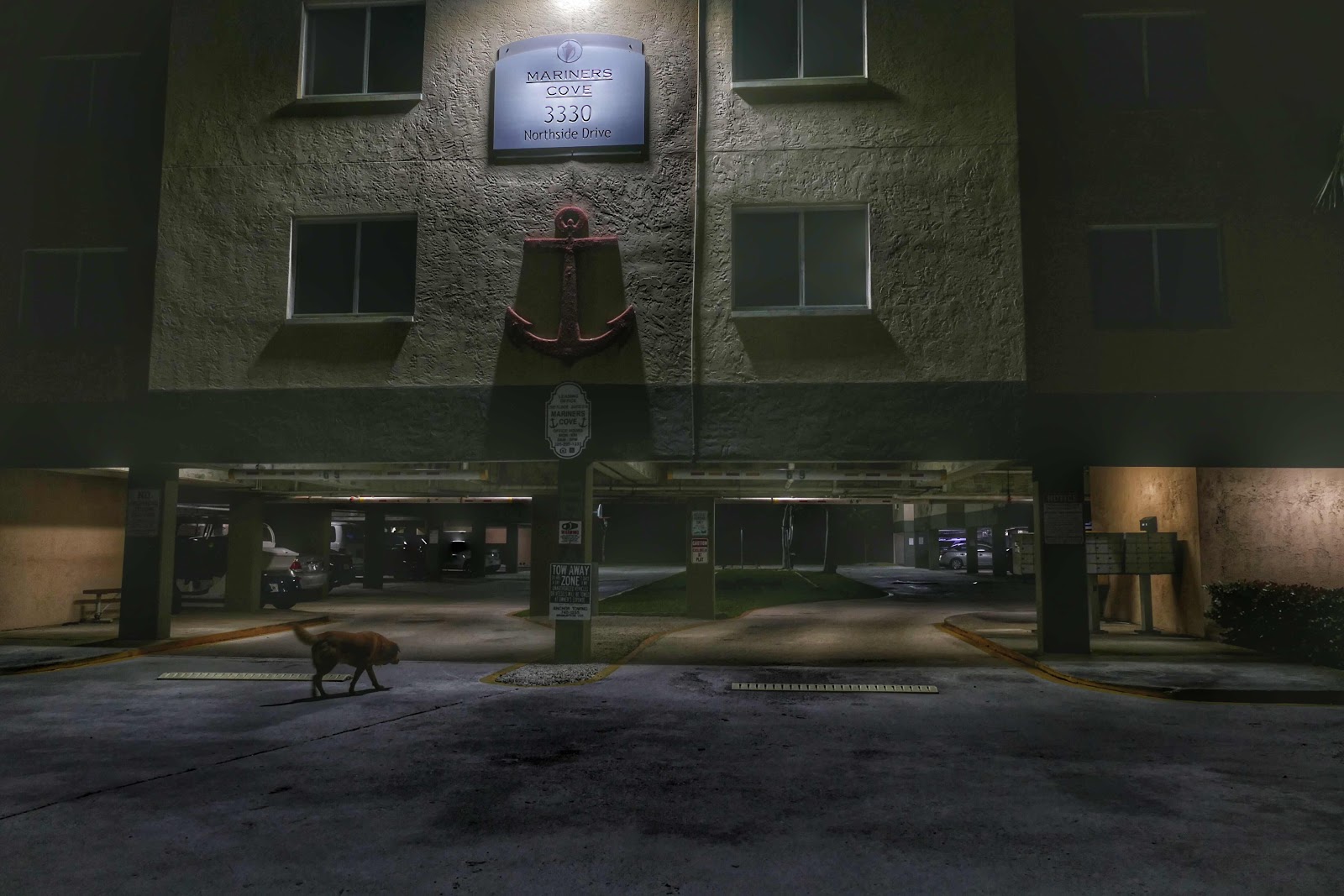 Mariners Cove above was built to provide affordable homes for people connected to the sea but that restriction has died out with time. All that's left is the name. Below you can see Publix gearing up for another busy day. When I worked nights and drove home at 6am three Publix trucks were usually strung out n formation on the highway going home to Miami after making their Keys deliveries. They drive fast too so if you couldn't pass them, or didn't need to pass them more likely, they pull over  at one point on the highway and reset their logs with a rest break near Sugarloaf School. Every day the same routine that keeps the Keys supplied. It makes you understand how dependent we are on the Overseas Highway. 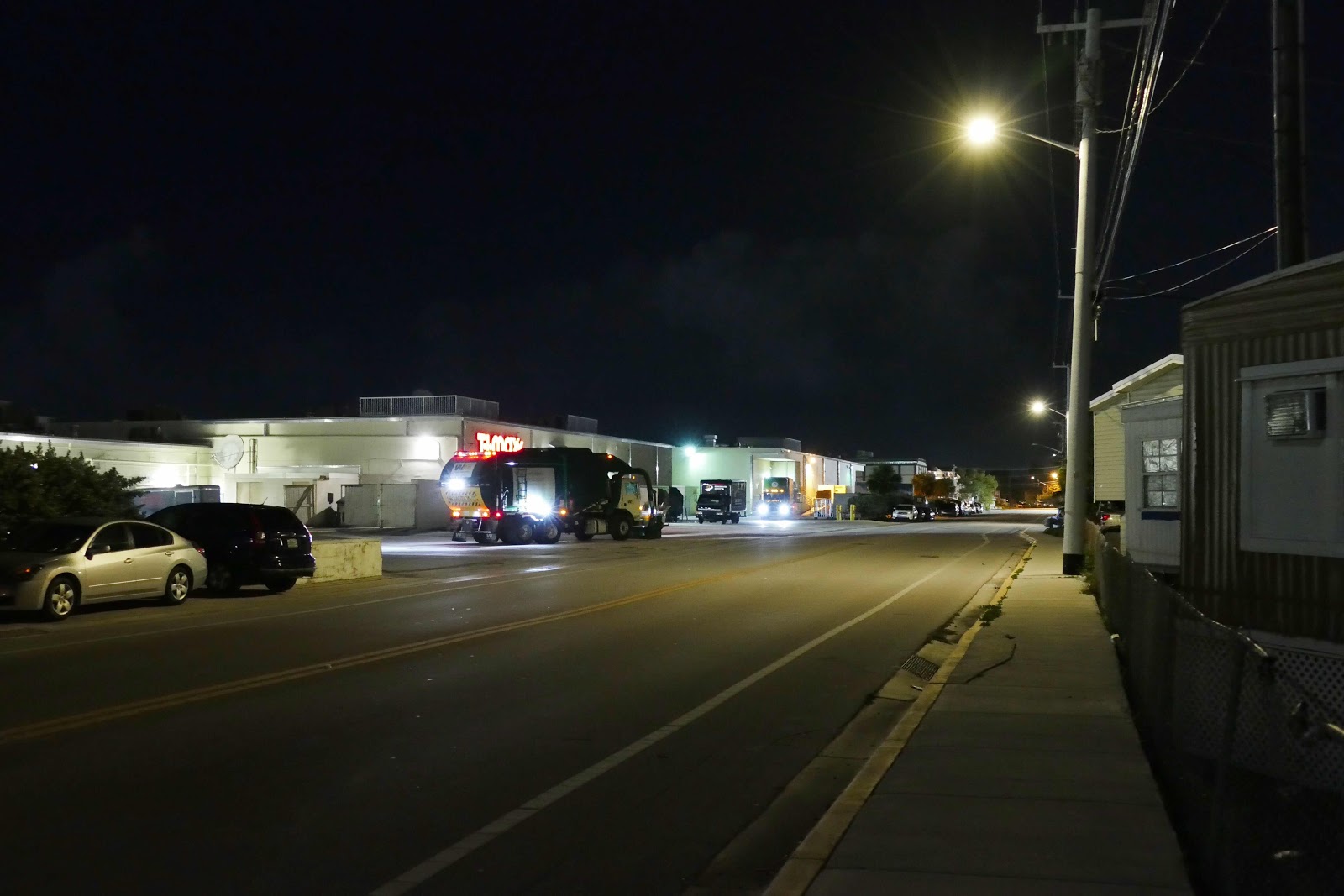 Further along Northside Drive there is the back of Stadium Mobile Home Park, a collection of a couple hundred trailers, homes for the working classes that keep Key West functioning. 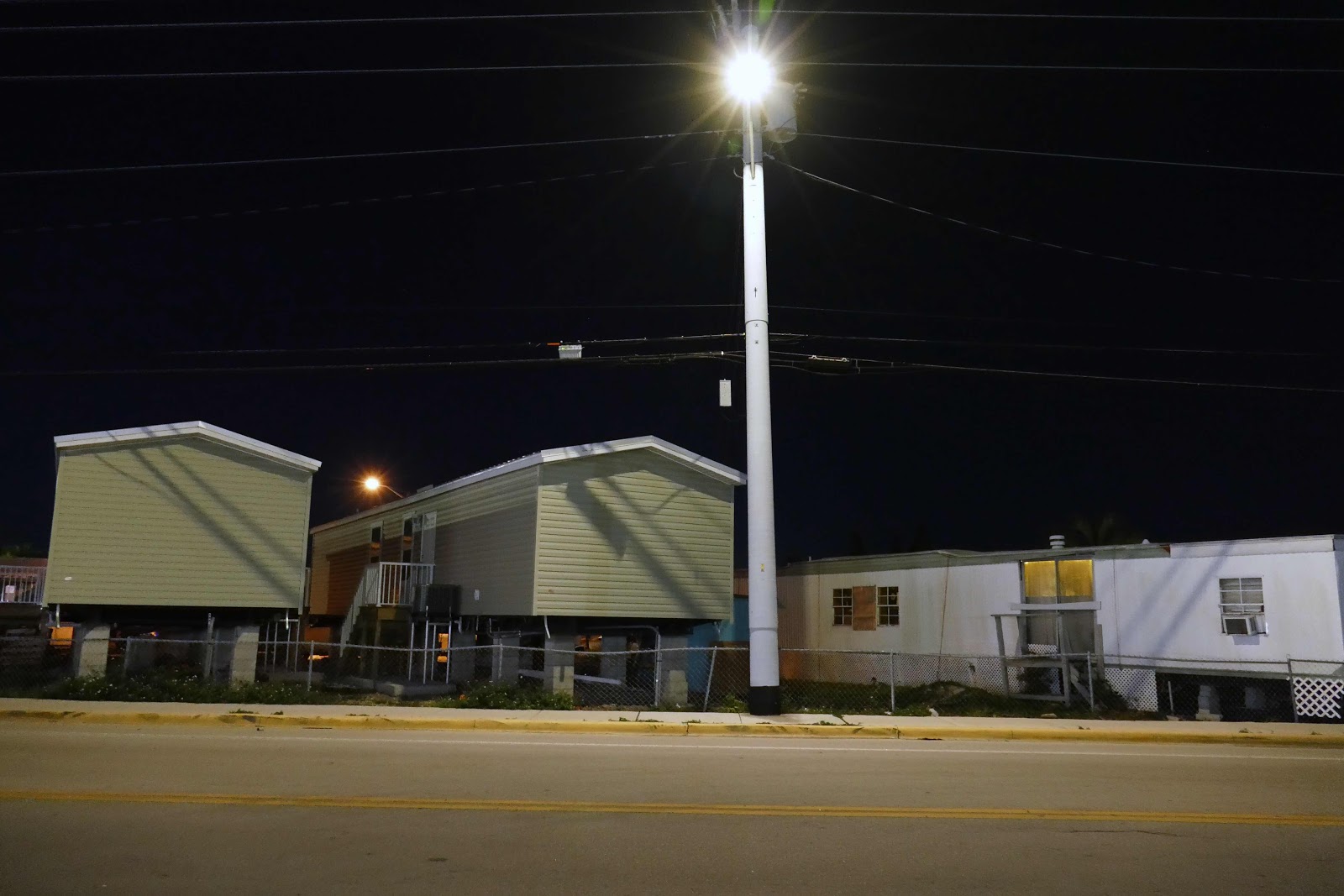 The trailers are as far as I understand it owned by the occupants and rent the land in some sort of condo system. You will see trailers for sale around $20,000  sometimes which seems unbelievably inexpensive in Key West. The thing is you are living cheek by jowl in accommodation that has often seen better days. 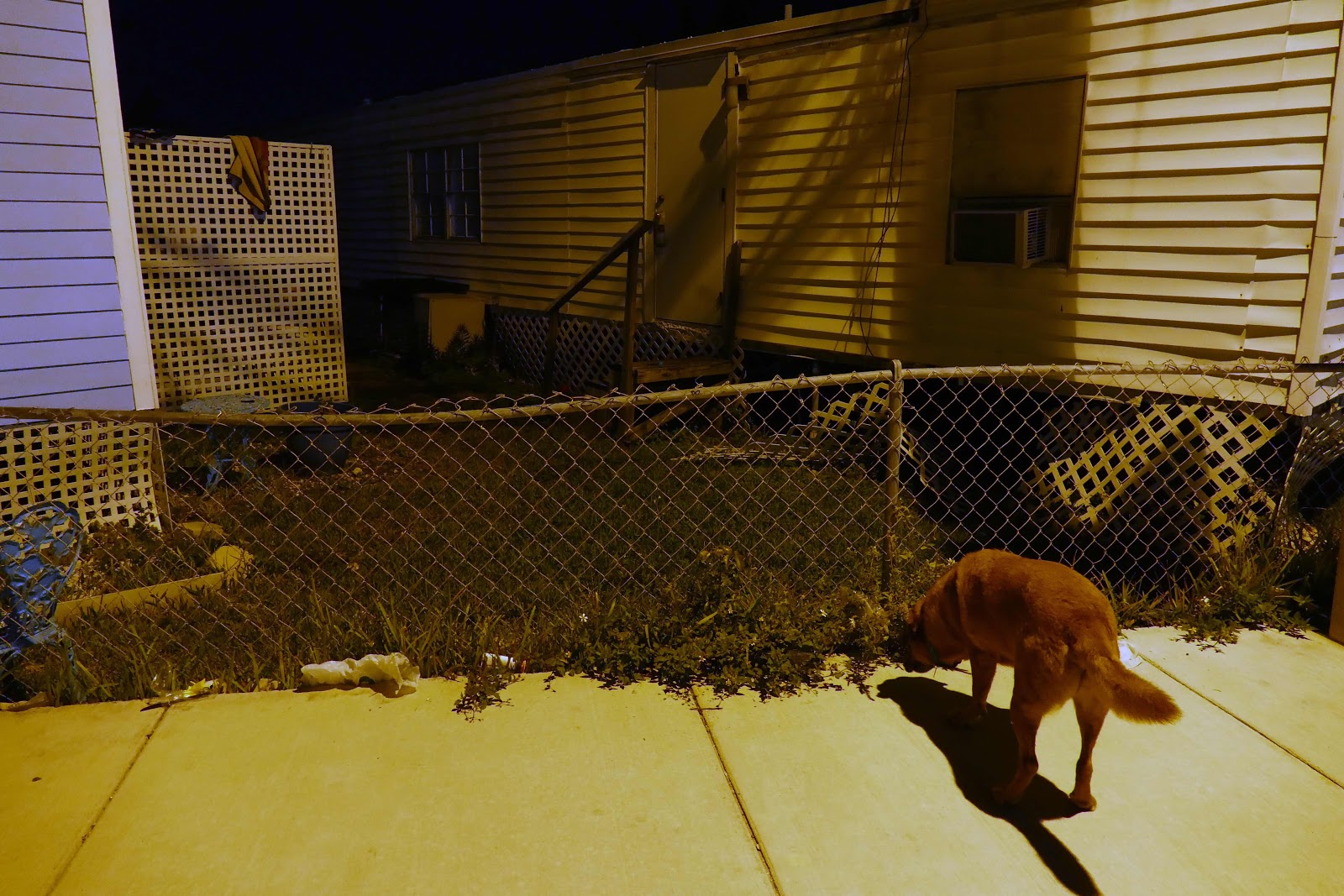 In much of Old Town Key West houses have little or no offsets. Stadium is the same if not worse. Parking can be an issue, street parties can annoy neighbors and in hurricanes mobile homes are the first to be evacuated. By Key West standards this is as affordable as living on land can get. 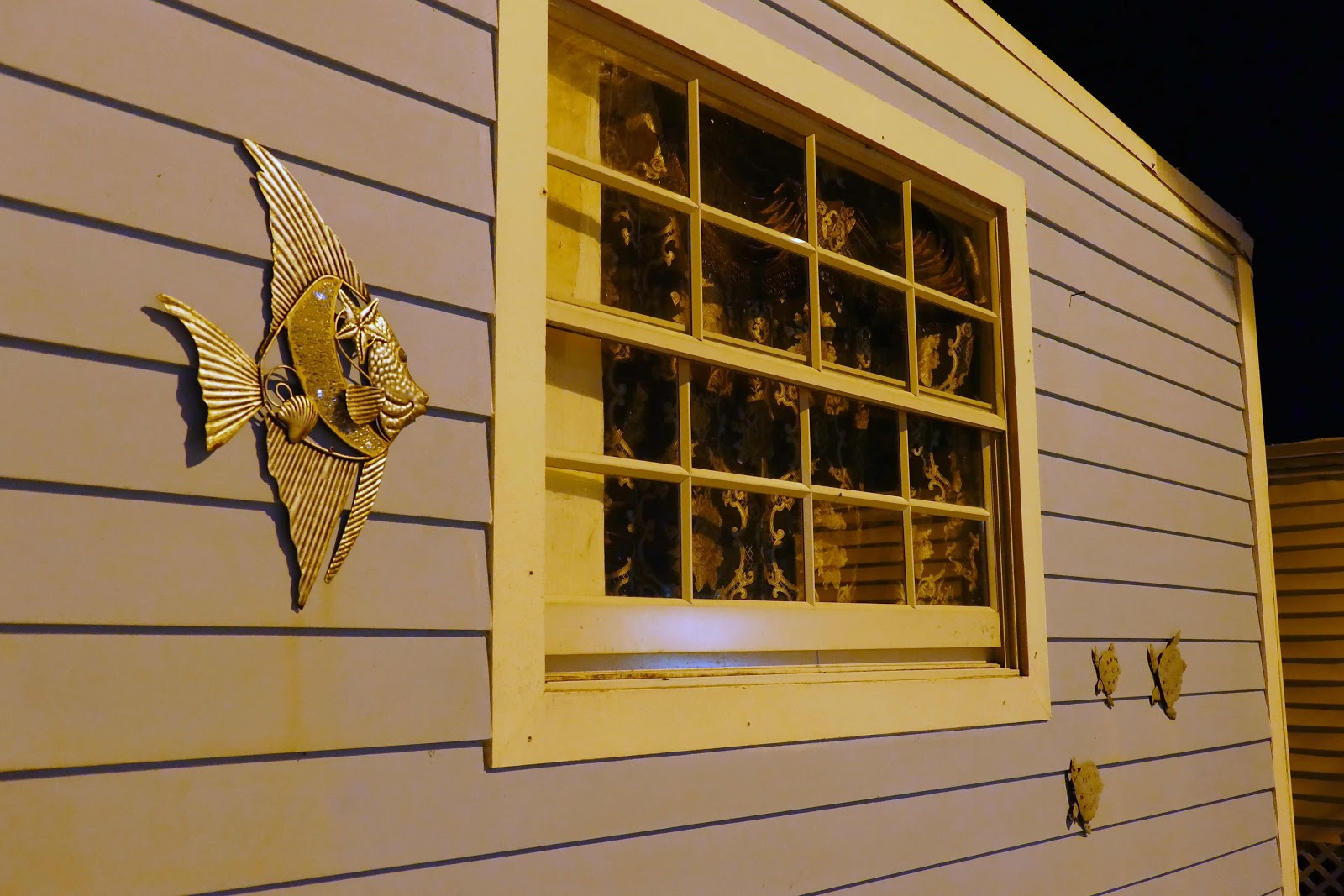 Overnight sleeping in your car isn't allowed in Key West, hotels need the income. Vehicles over 20 feet aren't allowed to park on city streets. All this is known to city residents and they watch like hawks, ready to call 911 if they spot a midnight violator. In summer sleeping in your vehicle is a feat of strength, take it from me who has learned to run his air conditioning all night off his batteries in his camper van. 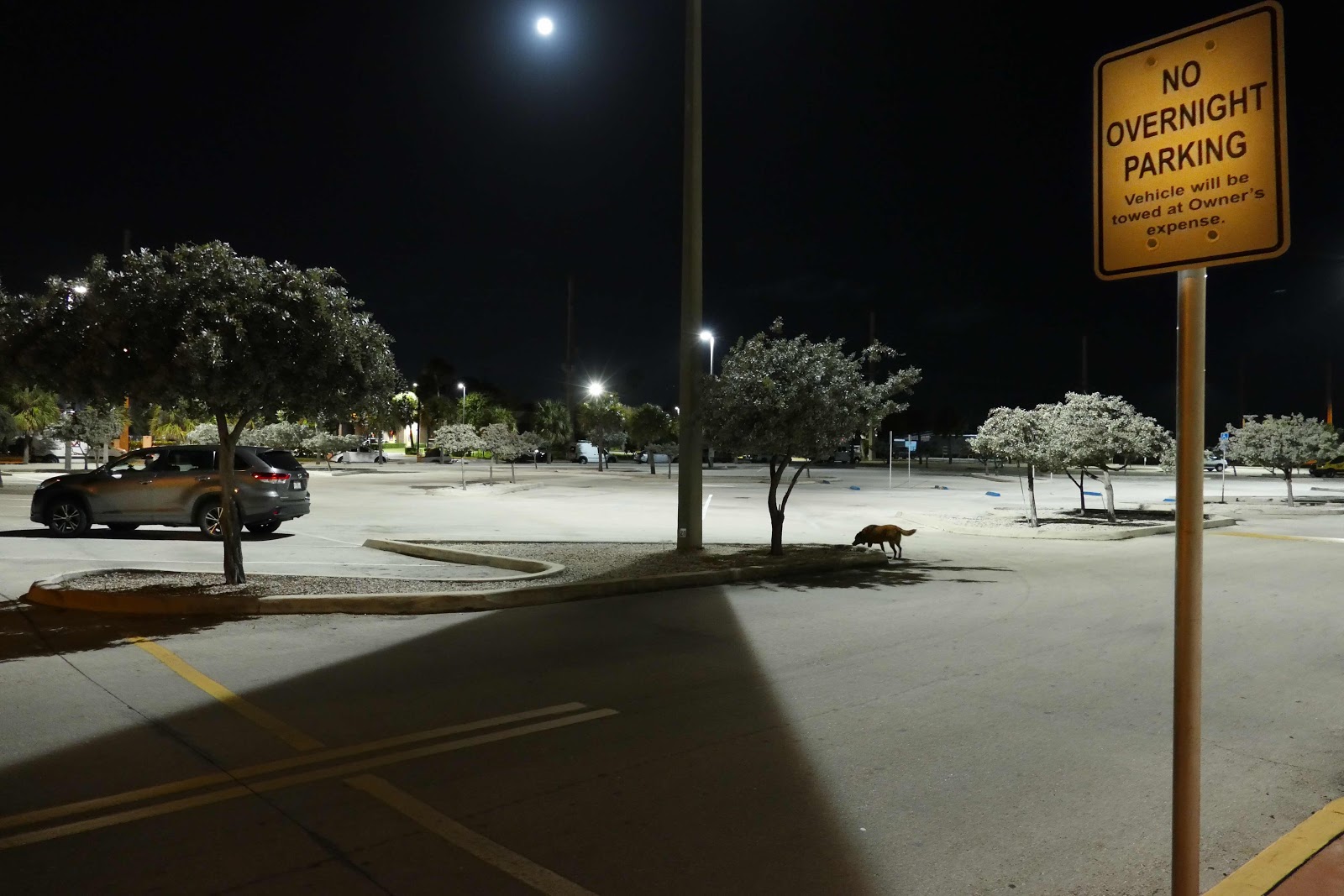 When it opened Key West Sears had the biggest sales of any store it's size in the country. It had a monopoly along with Winn Dixie selling groceries next door. 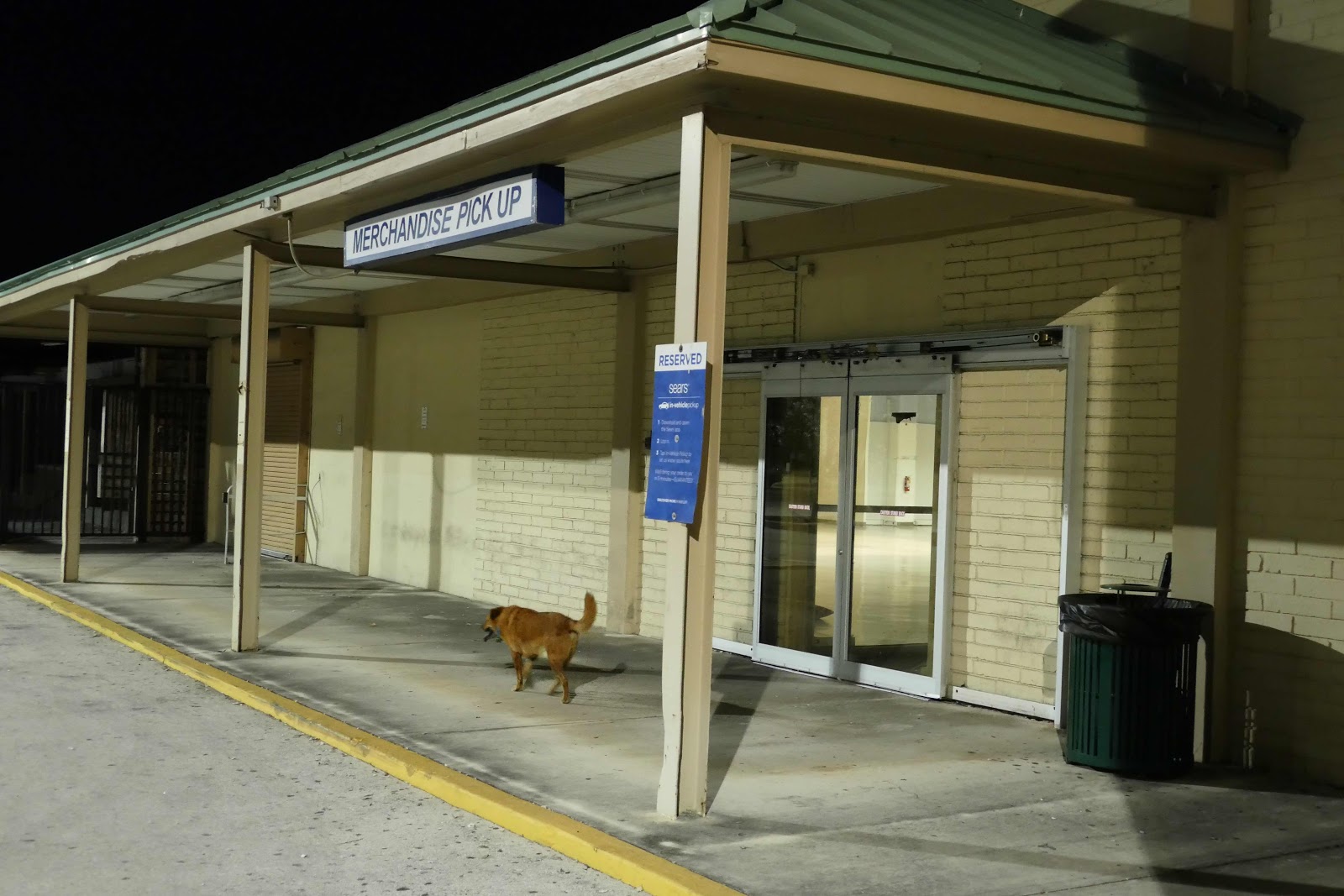 Sears was the store that managed everything, sales of course but also appliance repair including home service and a beauty salon with latest fashions. Developer Ed Knight was responsible for convincing Sears Roebuck to open a store in this small town and he piggybacked the shopping center from it.  And now it's all gone. 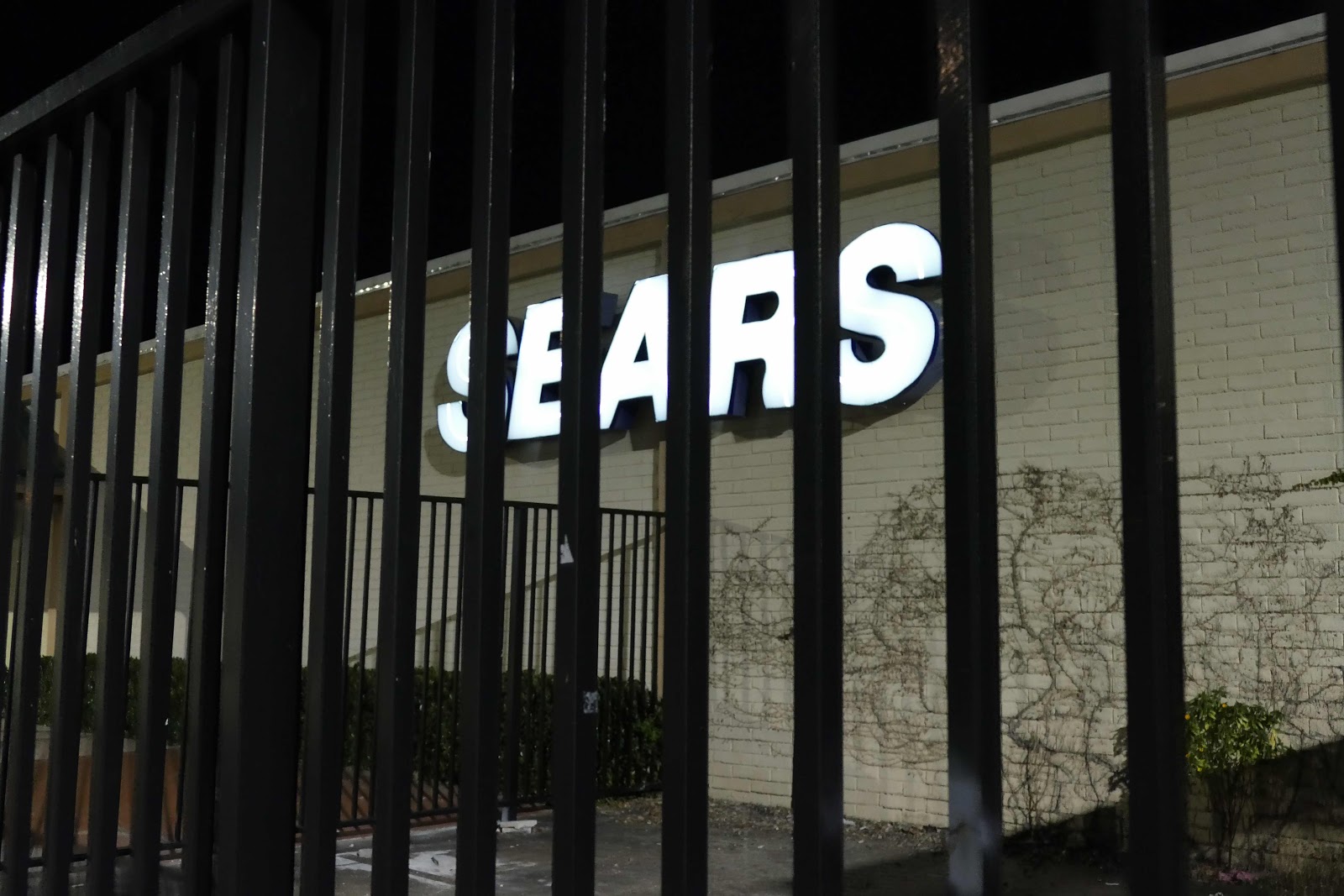 Back to the Triangle, where US1 turns into North Roosevelt Boulevard which  creates a triangular three way intersection. There we find the endlessly slow traffic lights and the road out of town on a modern well marked highway. 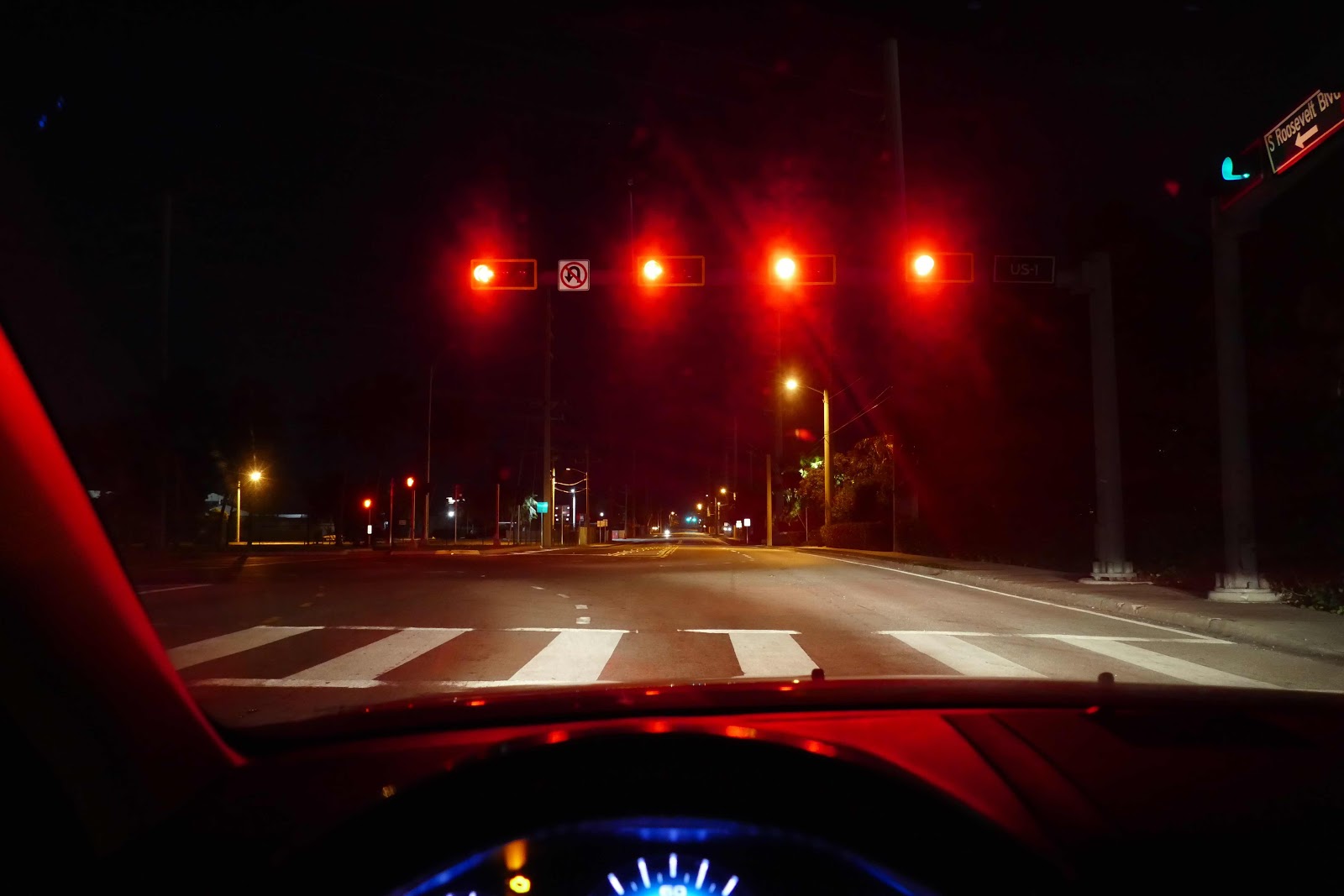