The Key West Citizen reports a couple of major changes in business ownership in the city this week. Benihana has been bought by the people who own neighboring Trattoria Oceanside which announcement was accompanied by a promise to revitalize the businesses next to the airport. Let me be honest: I don’t care for dinner as theater so for the fans of the Japanese chain I’m glad to say no staff changes are expected. 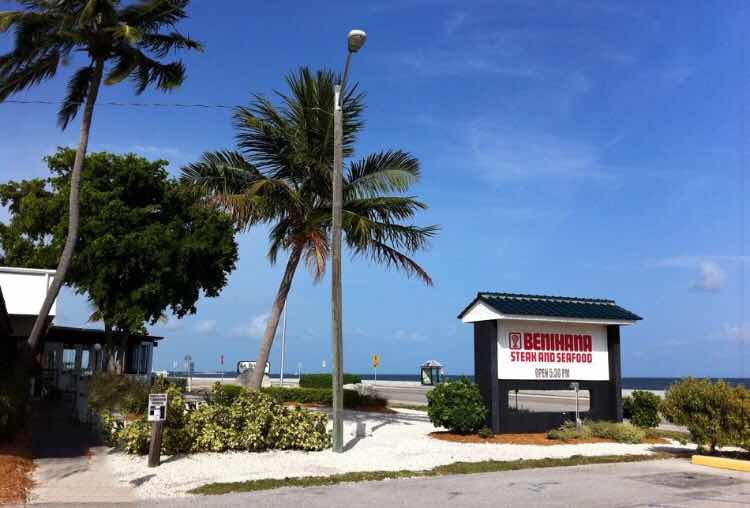 The other bit of business news comes in the form of the sale of the whole Alonzo’s/Commodore/White Tarpon complex with the parking lot at Key West Bight now known as the Historic Waterfront etc..Alonzo’s I like.  A lot. And happily no changes are announced though some sort of mysterious enhancement of experience is apparently in the works. 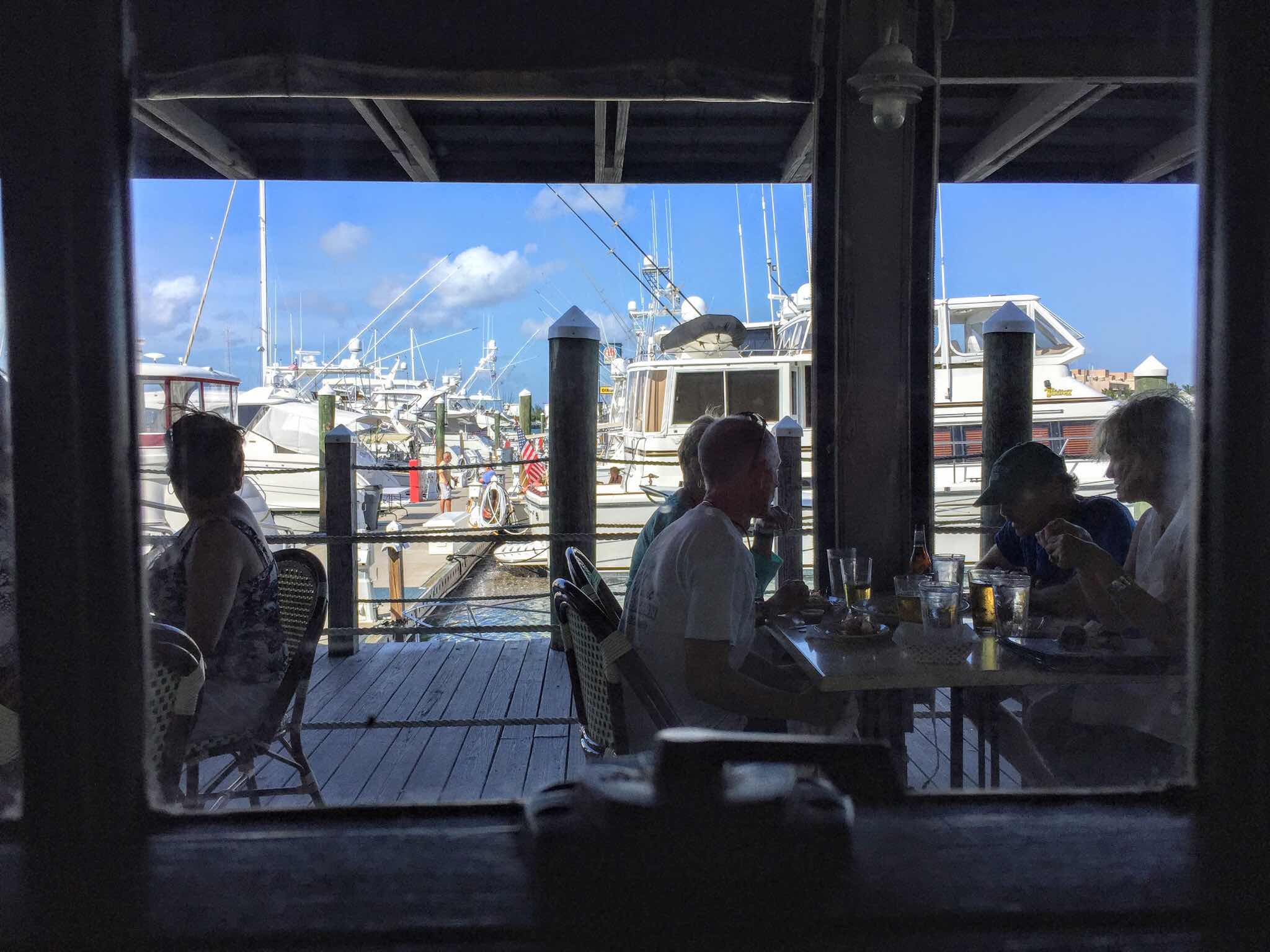 The Alonzo’s sale is interesting to me as a partner in the project is the same group of backers who got Stock Island Marina Village built which says something positive.  The new marina offers first rate facilities combined with a laid back neighborhood feel that has a food truck and dog park on premises, the sort of down home touches that give you hope they have an idea of how to treat people in this particular community. This could be a real good thing for Alonzo’s. 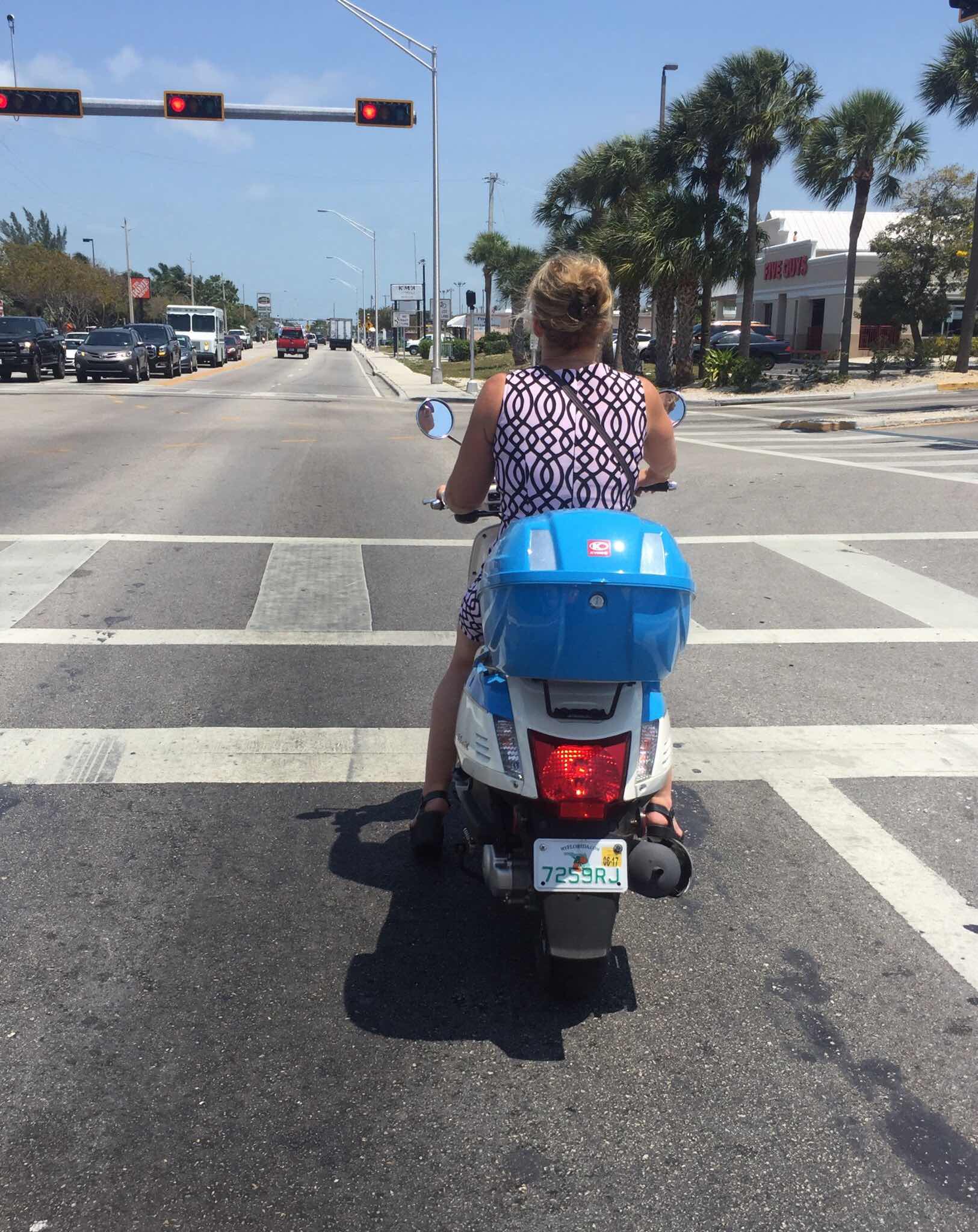 North Roosevelt has been the scene of more wrecks. A couple of days ago an elderly man on a bicycle ride as run down and killed. Which when you remember the other cycling death in front of the Green Parrot last week is a reminder why Key West does not have a good bicycling reputation. Plus a car wreck led to injuries on the Boulevard along with lane closures recently. This is not tourist season either which makes it all the more disturbing. We are killing each other. The woman who cut me off is a resident too.  Apparently her husband has been going around saying I “broke a few bones” which is one way to get me mad after six weeks unable to walk or take a shit by myself. 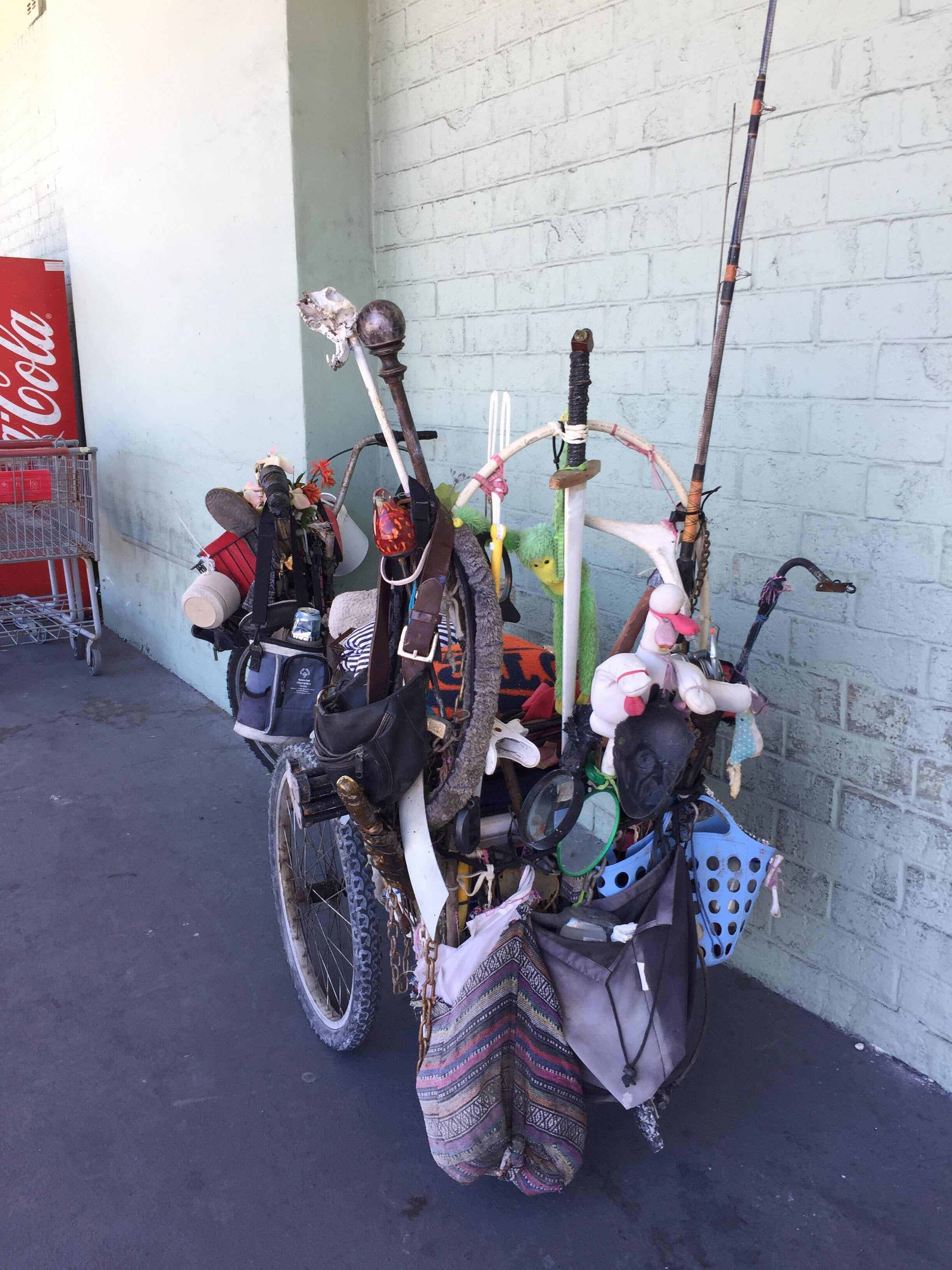 All this exchange of business is a reminder that this is still Key West, the city with no housing. This is the place that accommodates the poorest and their meager belongings or the richest and their vast baggage train of expectations. The inbetweeners like you and me have a head scratching problem. There are developers trying to figure out some answers yet when workforce housing is proposed, on Summerland, Sugarloaf and Big Coppitt Keys the neighbors rise up in chorus and start lamenting the familiar refrain: Not In My Backyard. In which case we have to ask if not yours, whose? 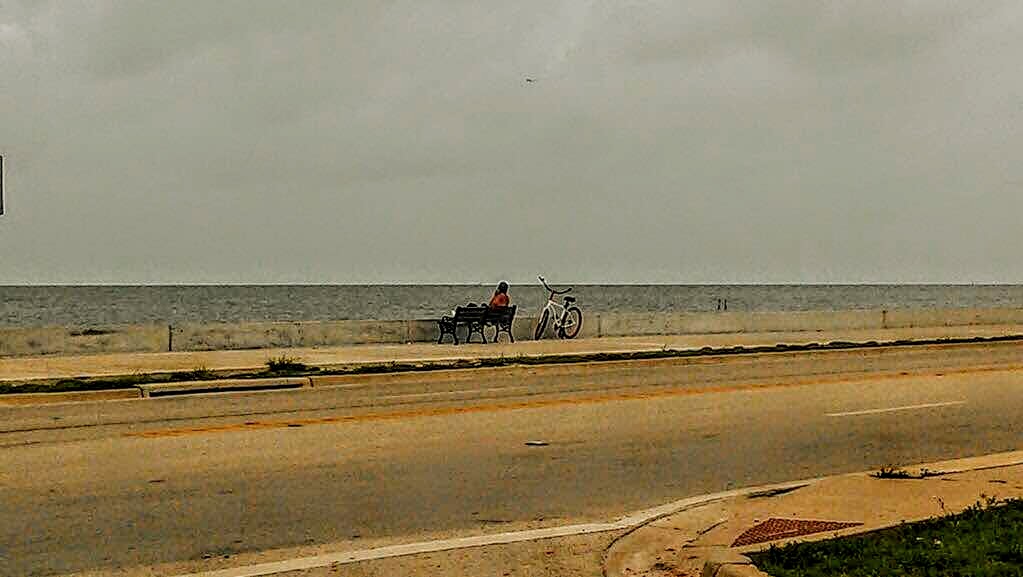 You would imagine a city with an ever worsening housing situation would be stepping up the search for solutions. The trouble is, in the Southernmost City there is money to be made from inertia so for now nothing is happening. No renovation of appallingly inefficient uncomfortable 70 year old public housing, no bold vision, no discussion of planning. Leave it up to a newspaper reporter to do for the city what the city dare not dream of... 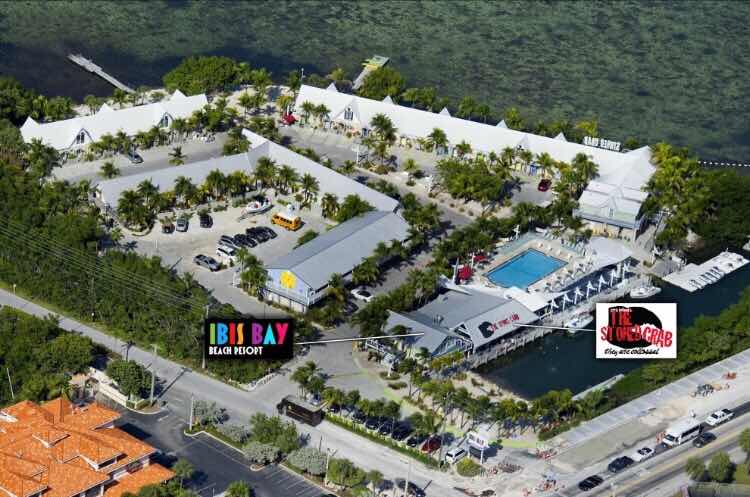 Check out this aerial shot (from the web) of Ibis Bay Resort for sale.  Reporter Mandy Miles suggested the city buy it for workforce housing. Brilliant, no? Not at all it turns out. Give workers waterfront homes to rent? Hell no!  That’s the level of thinking we are at in Key West.  It’s a shame because this sort of thinking is what could put Key West in the bold innovative category of small city.
————————-
On another subject allow me to take some space here and thank a couple of readers for their thoughtfulness. I am in rehab in Miami and lack access to the paraphernalia of the postal service but I received a note from Glen in Colorado who wrote me a very legible hand written letter full of pithy wisdom and humor. Thank you Glen.  Your initiative sending your letter to the police department in Key West was quite brilliant. 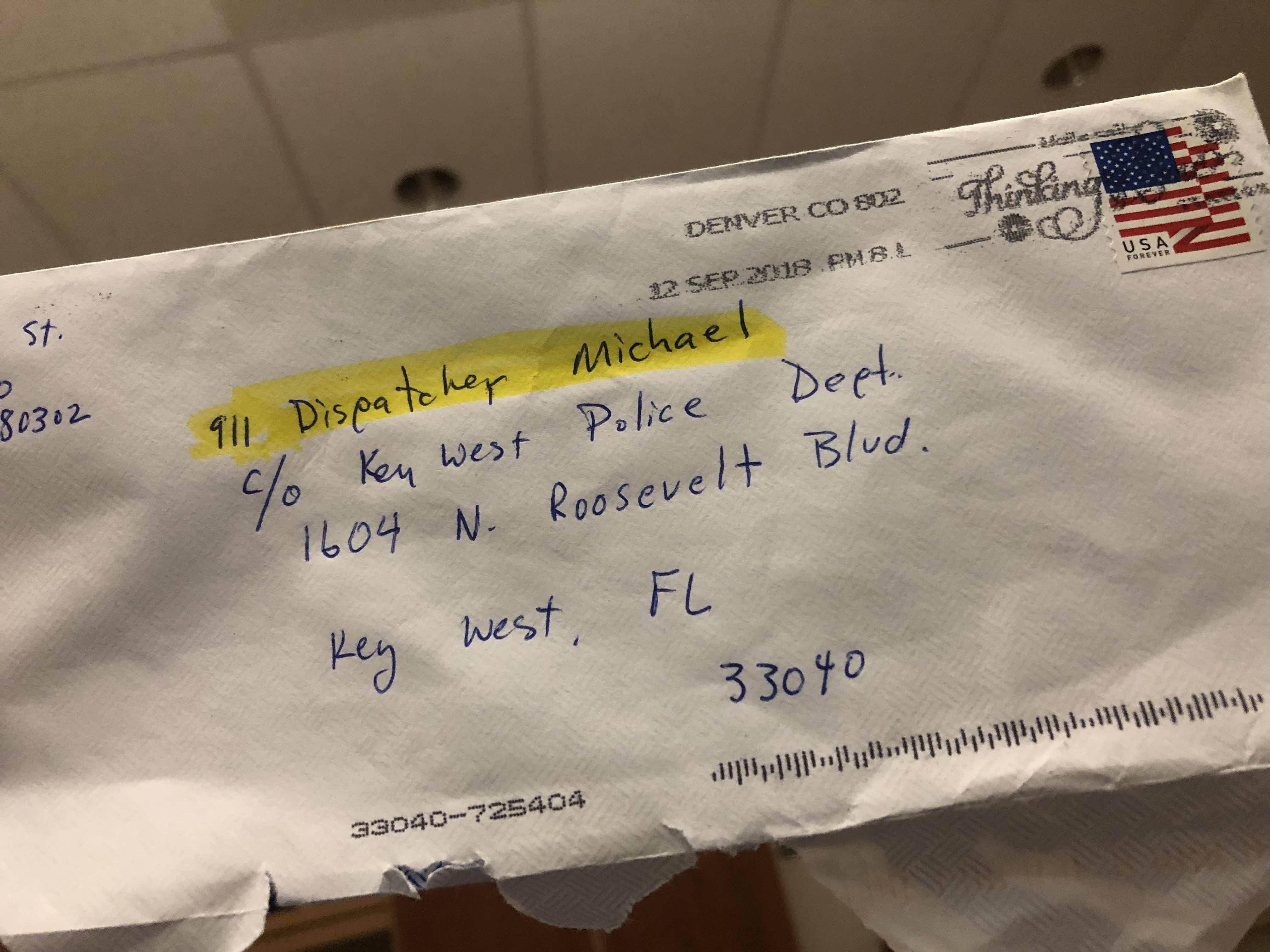 Fran wrote and sent a supply of tea equipment which I have received with gratitude. I am glad I answered the phone and got the job done when you called 911 but you should have called back to introduce yourself. I am happy to have you buy me a drink! Chance encounters are way too haphazard. When I am back at home in my routine my email is conchscooter @ gmail.com
My address if you want to give me a piece of your mind while I am helpless in bed for the foreseeable future with time to ponder your words, is:
Michael Beattie
Room 508
Encompass Health
20601 Old Cutler Road
Miami FL 33189
Health South bought Encompass Health October 1st and adopted their name to sound less regional. The facility remains the same excellent rehab.
Posted by Conchscooter at 2:28 AM 2 comments: