It amazes me what a jumble of homes you can find in Key West. Old Conch cottages with bicycles buried in grass, porches stuffed to capacity with stuff, outdoor living on the street. 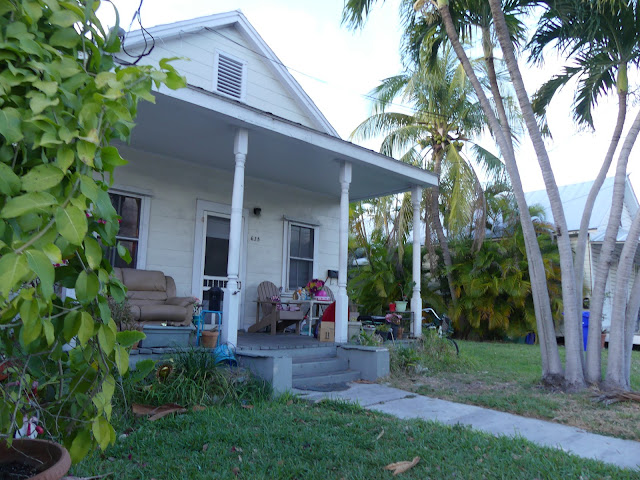 The city is filled with lanes and alleys filled with leaves and trash cans, this is a city packed with cans ready for trash as there is nowhere to put them as they wait to be filled. 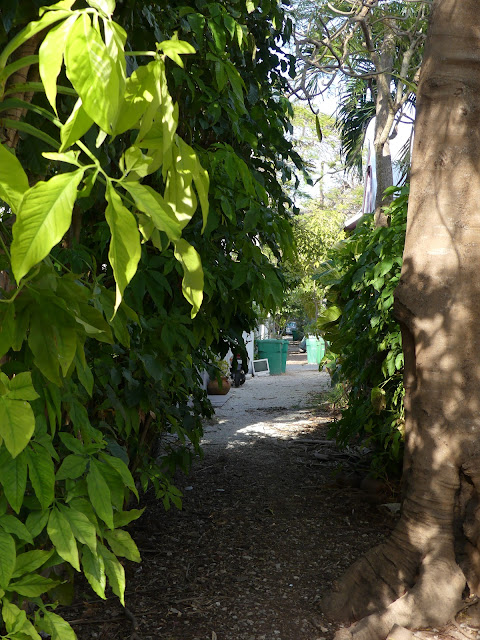 And yet Key West is a fully functioning, year-round city so it also boasts the odd cityscape that you don't get to see in the tourist literature, convenience stores, gas stations, mechanics shops all the dreary stuff that keeps daily life going in the First World. 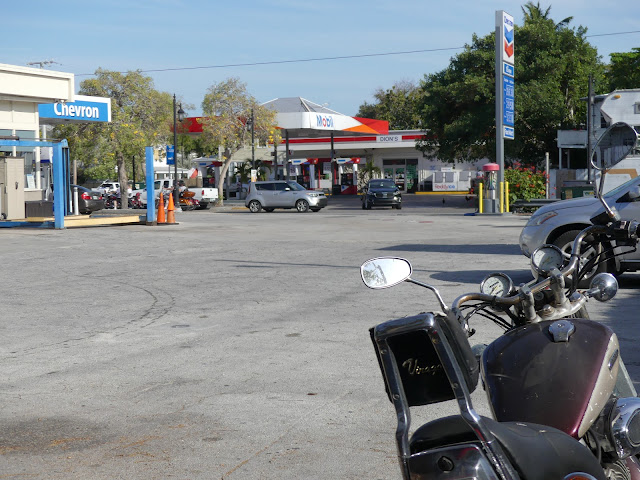 There are the characteristic corners that people like to look at, but the myth that people live in some Caribbean daze called "island time" is propaganda. Imagine how well island time would go over if I took a 911 call at night at my job and I told them we'd get there when we could. "Keep pressure on the wound mon, and the ambulance will be leaving in a while, island time."  That would go over well. 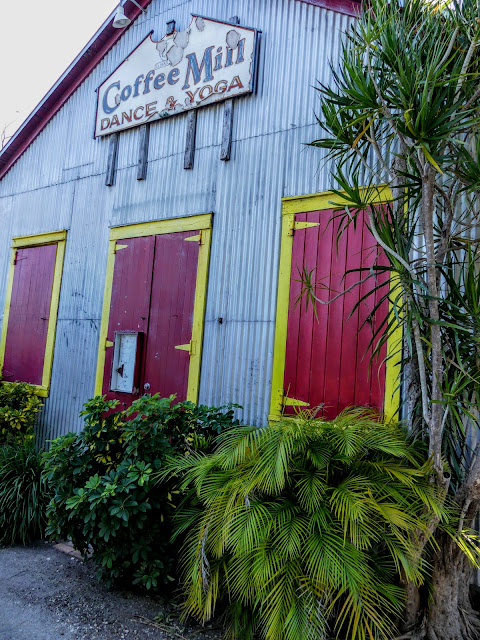 But they do a good job of selling the image and you have to come here and find your own island time. Spend a week telling yourself it doesn't matter when things don't measure up to your expectations. WE none of us are very good at that sort of thing. People get in towering rages if they can't have their favorite bagel with breakfast...Island time mon. 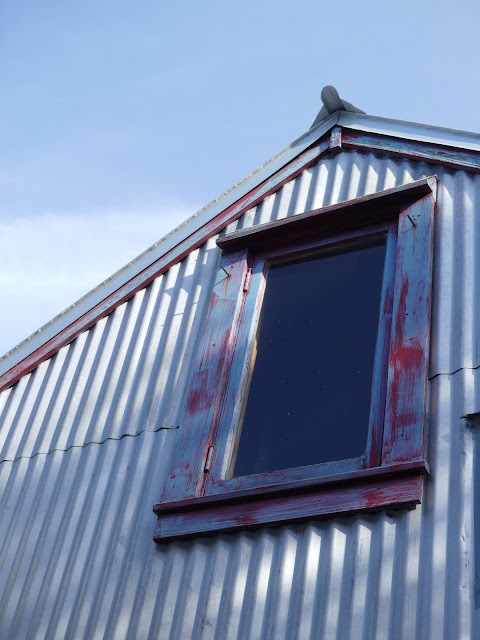 Some people keep the spooks of modernity away by lavishly surrounding themselves with irrelevancies. I wear pink Crocs these people have an octopus in the garden, carrying either an outside light or a surveillance camera, I couldn't tell. Some cities might have ordinances against this kind of thing. Island time mon, down here. 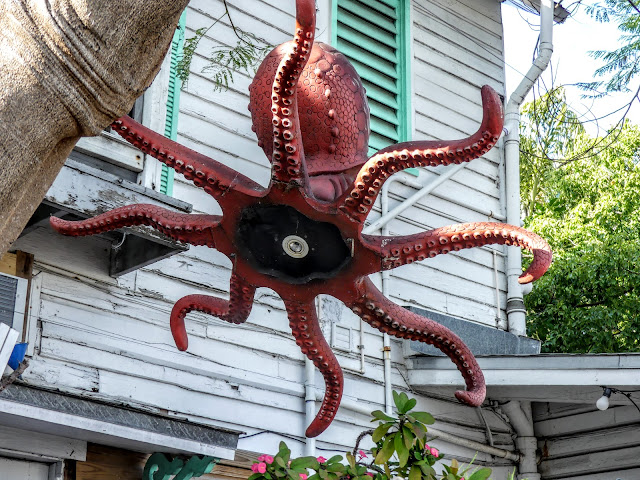 You can walk the streets of key West at night, you can be drunk and the chances are you will be fine. However you will need to lock your doors against vagrants looking for a place to rest, and your bicycle will Be the object of much lust and thievery so be careful. island time...etc...etc...When my wife started work as a juvenile probation officer her colleagues warned her about visiting students in Bahama Village and only go with an officer. She laughed and ignored them. She had worked defending death row criminals in California and in Key West her young criminals were no match for her. I like Key West after dark. 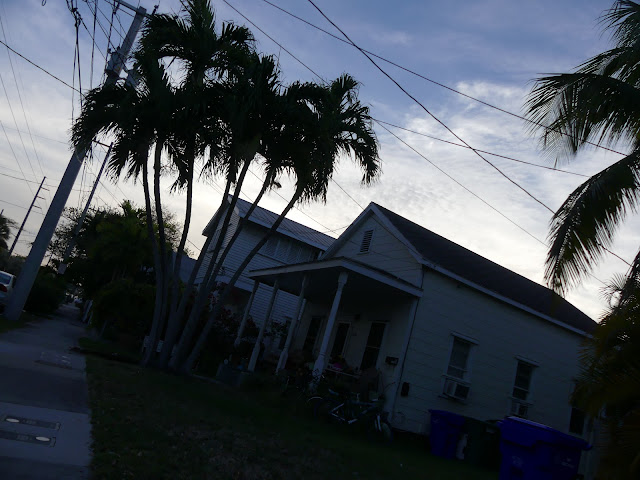 There are bits of Key West that are modern and comfortable and well put together. 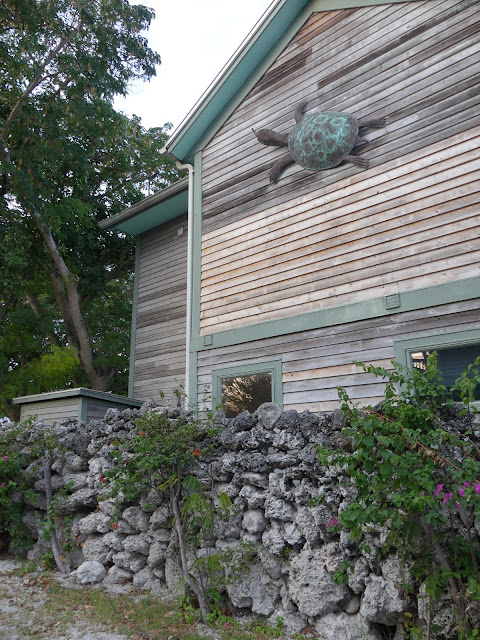 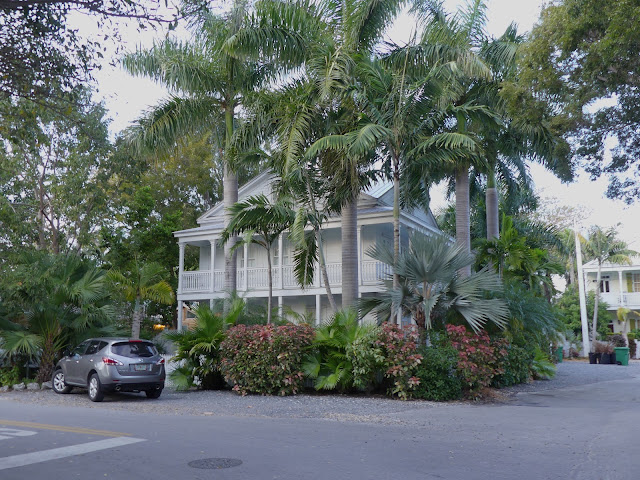 And these monuments to greed, seen below, what used to be a trailer park. The diocese sold the property on Simonton Street to developers well known to the Catholic Church and the low income worker bees that lived in trailers here are gone and you can spend a lot of money buying one of these cookie cutter houses built "in the Key West style." 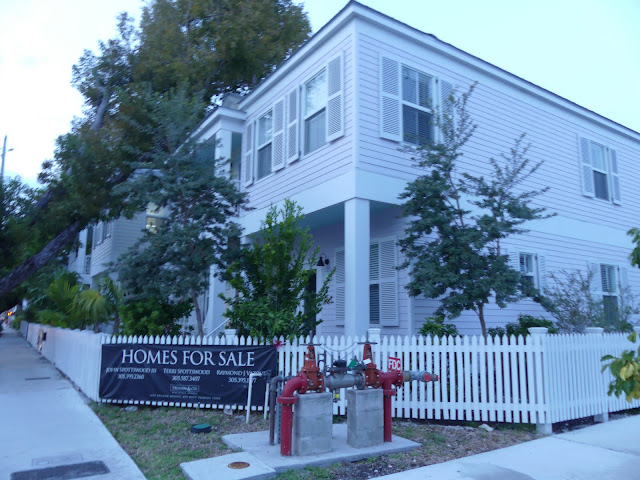 And then they wonder why Key West is getting so crowded with people no one knows, people who come and go and want to keep on changing things in this funky little town.
Posted by Conchscooter at 12:00 AM 1 comment: