67 year old Peter Anderson, the self-styled and widely admired "Secretary General of the Conch Republic" died last week from a cancer that had reduced him literally to a shadow of his former florid self. It's a powerful force of Nature that can fell a man who seemed unable to stop himself from operating at full flow at all times in life. He reveled in his role as cheerleader for the mythical Conch Republic, generally described more as a state of mind, and less of a place. 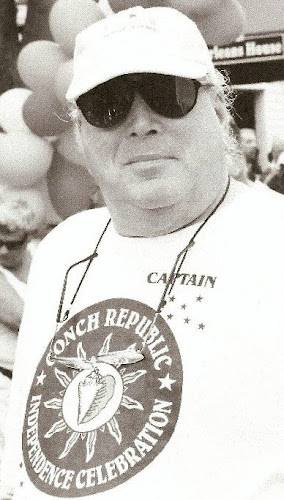 He somehow turned the Ruritanian ideal of an independent republic, created in a dispute with Federal authorities in 1982, into a way if life and a successful business. This sort of enterprise never ceases to boggle the mind. I only really became fully aware of this man's enterprise when he filed suit against imitators in the Upper Keys. That battle ended less with stale Cuban bread at dawn and more with a businesslike agreement. 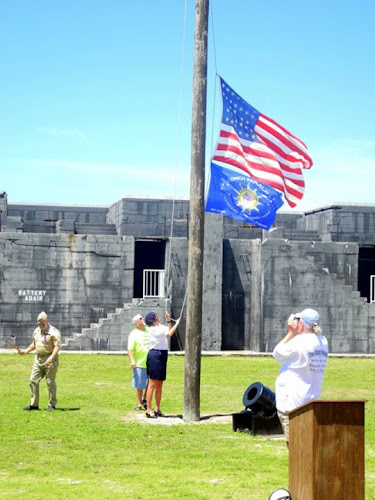 He sold knick knacks as one does in these touristy times, but he went one further and sold travel documents, charging extra for "diplomatic passports." You will read that they were sometimes used as the real thing but I have heard of only one documentated case of a Conch Republic passport being used to get a desperate traveler home. Once is enough in the jollity of myth making. 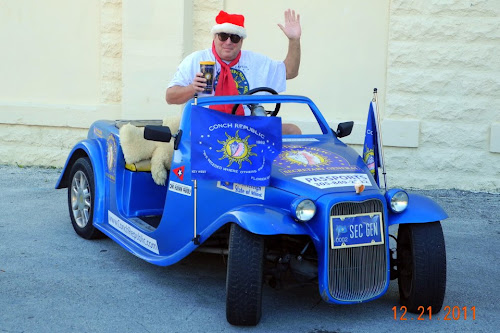 These pictures from the Facebook page of the man who romped through life in Key West.

While one historic leading edge got dulled this past week, next week could see Key West following on it's role in leading the Sunshine State out of the darkness of old fashioned fear into the sunlit uplands of marriage equality. Every time I want to throw in the voting towel, the Republican Party manages to do something crass or cruel, enough that I am reminded there is a difference, and even though Democrats are spineless and clueless on the big issues, on social progress they are worth supporting. A role that has made its mark in Wikipedia already:

On July 17, 2014, Judge Garcia issued a ruling in Huntsman in favor of the plaintiff same-sex couple and those similarly situated. The judge, in declaring that Florida's same-sex marriage ban is unconstitutional under the Fourteenth Amendment, found that:

Judge Garcia also noted that Florida's same-sex marriage ban denies couples equal protection under the law under both heightened scrutiny and (although the defendants do not put a basis forward) rational basis analysis. Amici argue a rational basis of procreation and child welfare, but the judge rejects these notions, despite not even having to, as Amici "do not have standing to raise issues that have not been raised by the parties."

While Judge Garcia did not get to the question of out-of-state recognition as the plaintiffs lacked standing as to that issue, he ordered Monroe County to issue marriage licenses to same-sex couples beginning July 22, 2014. Florida Attorney General Pam Bondi filed a notice of appeal with the state Third Dustrict Court of Appealthe same day. This automatically stays enforcement of Garcia's ruling. 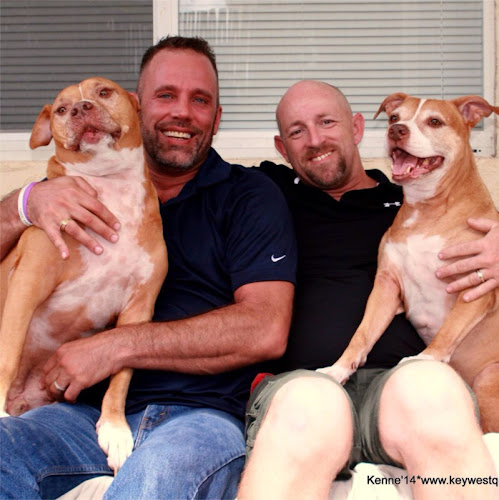 The picture above is from here: Steve Rothaus' Gay South Florida. Letting these two dudes and thousands like them get married is going to have zero impact on my heterosexual marriage. The Defense Of Marriage Act is defense of bigotry. A pox on Pam Bondi and her appeal.