From distant December 2008 this essay on a place that still exists at place where Monroe County and Dade County meet on the 18 Mile Stretch of Highway One, the 18 miles of emptiness that connects the Keys to the mainland. I haven't been back to this spot in a few years so this replay may hold some interest. 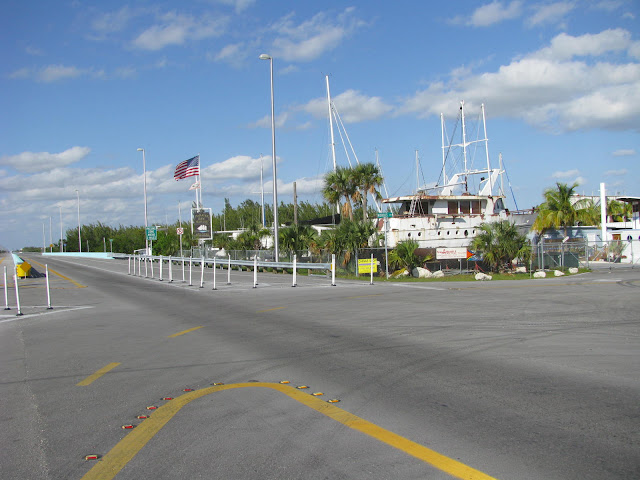 There is a street off Highway One called Morris Avenue and it is, as far as I can tell the northernmost street in the Keys. Or possibly not. In the above photograph the US flag flying above Pirate Hat Marina is in Monroe County, but the green bushes beyond it are most likely across the county line in Dade County. Which means this is definitely the end of Highway One in Monroe County. Pirate Hat Marina (which is for sale incidentally if you know how to get a bank loan) claims it is in Key Largo: 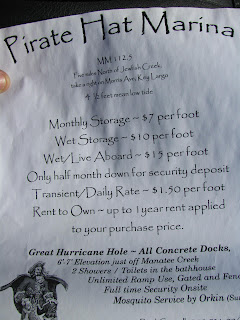 It's certainly at Mile Marker 112.5 but as far as I can tell technically speaking Key Largo doesn't extend north of Jewfish Creek, so this place is in Monroe County for sure but not technically in the Keys. I think I am being pedantic, and I can't help myself. It certainly feels like the Keys. This is Morris Avenue winding a half mile from Highway One: 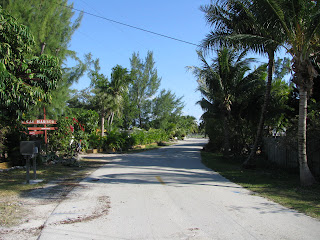 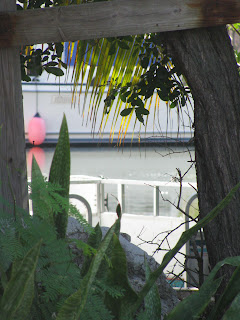 And trailers hidden behind bougainvillea and the like at Pelican Cay Harbor: 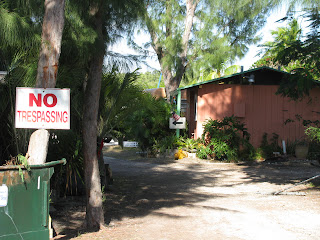 And that sign is pure Keys overkill. On the subject of pedantry the word "cay" is pronounced "key" across the Caribbean. In the US the Florida Cays were changed to Keys because Americans apparently had trouble bending their brains enough to pronounce "cay"as "key." When I hear Cay pronounced as it is written it sets my teeth on edge. I should be on tranquilisers if that's the sort of stuff I worry about.... In any event Morris Avenue ends abruptly at the water's edge which is hidden by development (another feature of life in the cays/Keys): 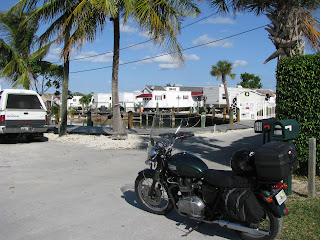 And looking back more of the same: 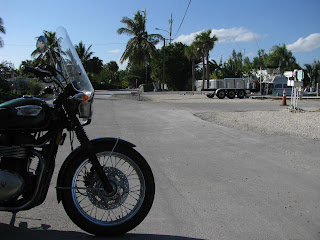 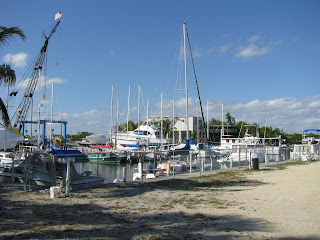 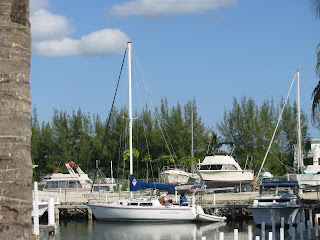 And then there is the road winding gently back towards Highway One: 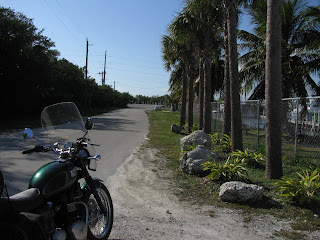 On the north side there is the Pirate Hat Marina a haul out place welcoming to liveaboards and their homey touches on their boats: 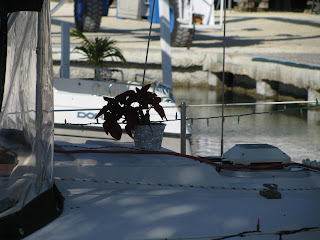 And on the south side a rather more substantial gate than the hurricane fencing surrounding the other private property: 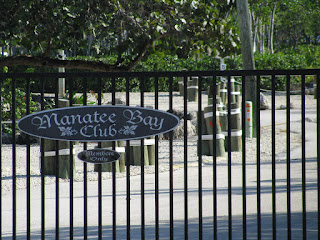 Manatee Bay also has marina facilities on the north side of Morris Avenue and claims they are "Number One in the Keys" whatever that means (especially as they aren't really in Keys, any of them except in spirit, but I'm not into marketing apparently). And then after a short break away from the traffic back out onto the newly refurbished Highway One pointing to Key Largo and the Keys to the south: 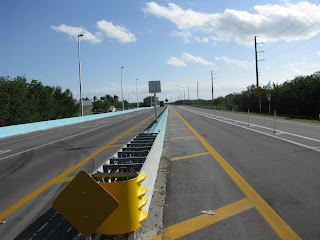 108 miles to Key West, about 80 miles to my home. An hour and three quarters if I'm lucky. Endless hours if there is a wreck blocking the road...
Posted by Conchscooter at 12:00 AM 2 comments: