Robert and I spent a happy afternoon playing pirates on his boat. Actually we did useful work but it felt lie a day off from reality. He came by my house with his dog and a measuring pole. My dog ran for the hills when he saw the boat at the dock behind the house so I left him to guard the homestead while we went prospecting for depth. 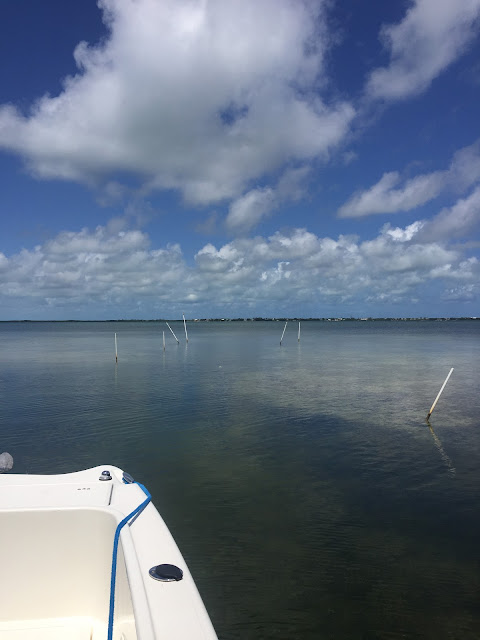 The idea is a friend on his way to Key West may want to enter this canal with a  four foot keel and leave his boat for the summer. So the boy scouts of Cudjoe Key had to get busy at low tide to see what was what. 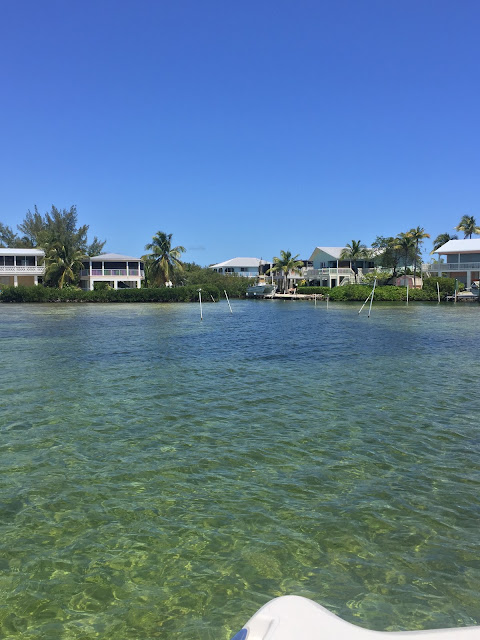 The entrance marked by white PVC pipes, known locally as "bubba sticks" mark the cut through the rock, the rest of the bay is a mixture of mud and seagrass. WE got to work measuring. LOw tide was at third of a foot above zero and we found a minimum depth between four and four and a half feet. So if the sailboat enters on a rising tide he should have six inches or a foot to spare. We found seven feet at my dock so no problem there. 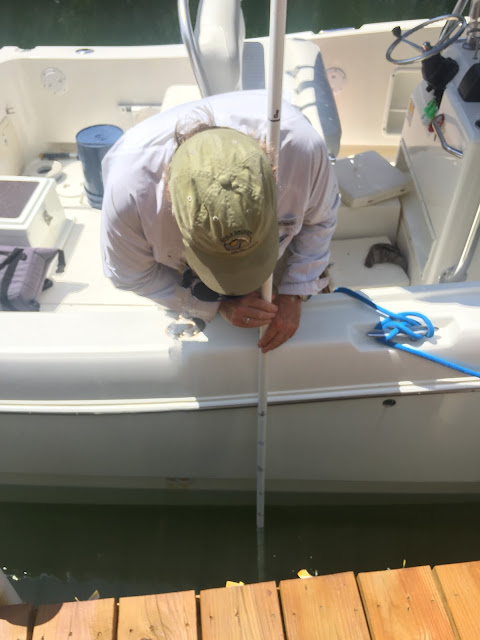 With the hard work of pirating behind us we settled down to a twenty minute ride to a well earned lunch. 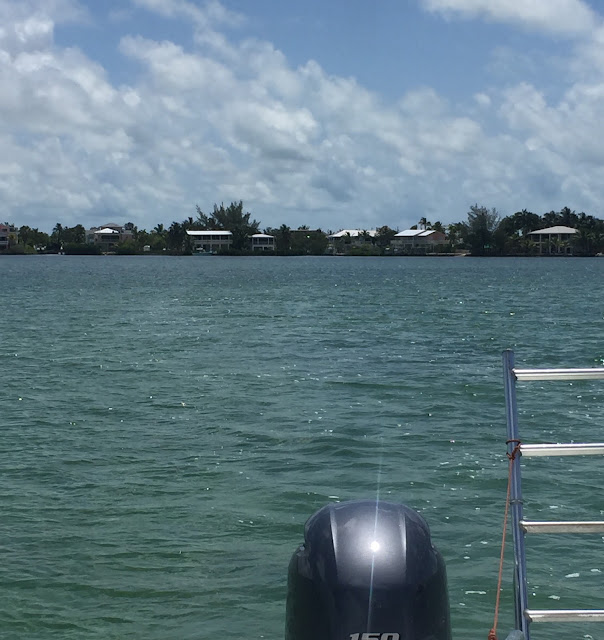 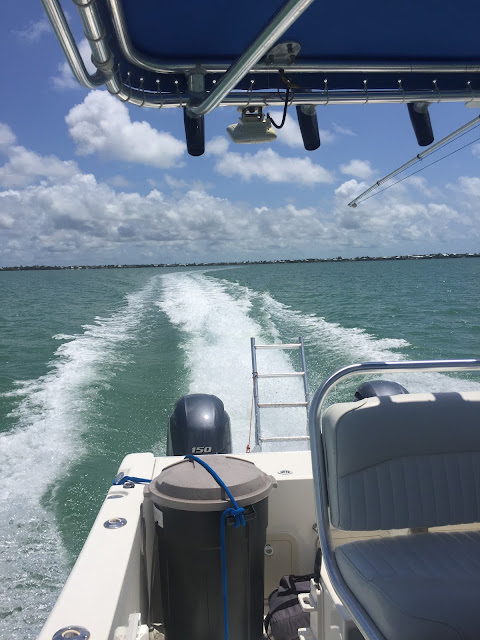 WE should do this more often Robert said. He's right but life gets in the way. Damn! 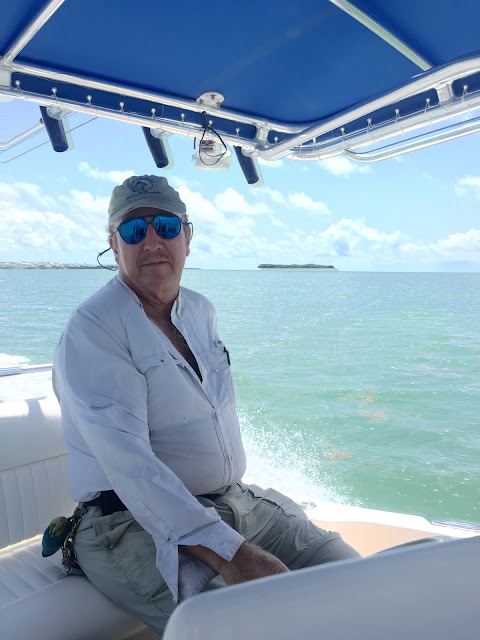 The only thing better than being owned by a boat is having a friend who is. 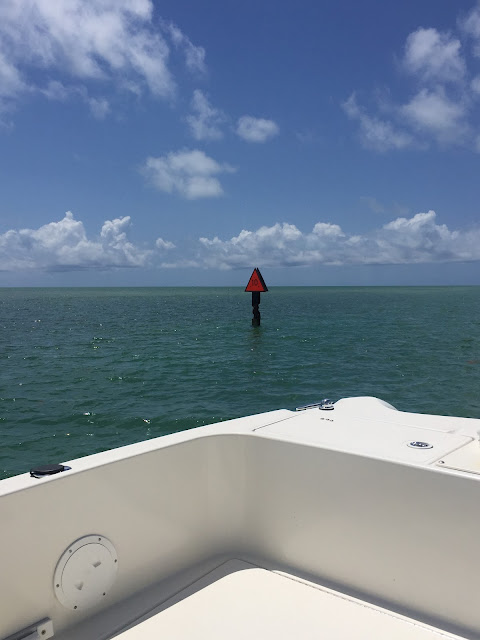 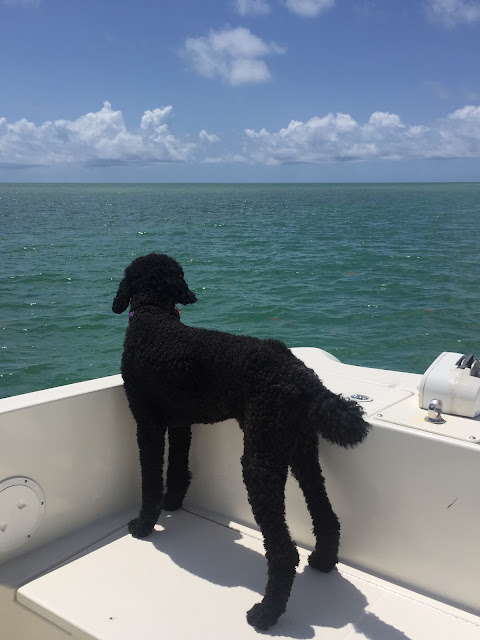 In the fullness of time we reach the excessively long dock at Kiki's On MIddle Torch Key. 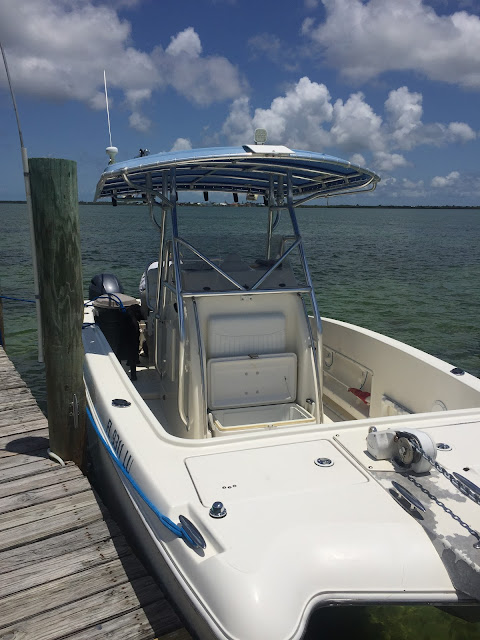 It needs to be that long to find any type of deep water at all: 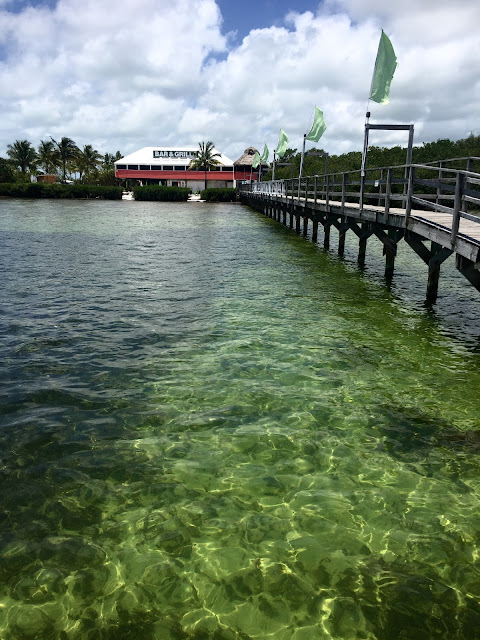 Salty Dog required us to sit outside amid a fog of cigarette smoke which mercifully dissipated before our food arrived. 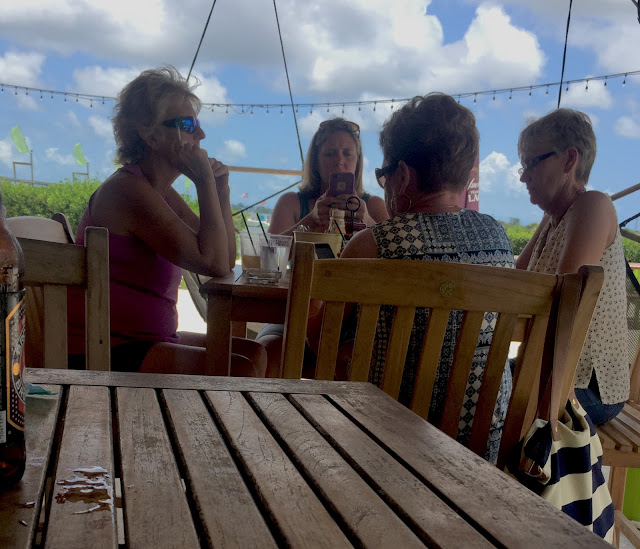 We drank Brooklyn Brown Ale which at 5.6% alcohol was a tad bitter for me. I had a snapper sandwich and Robert had a burger. Nothing earth shattering. Salty drank water and watched from under the table. 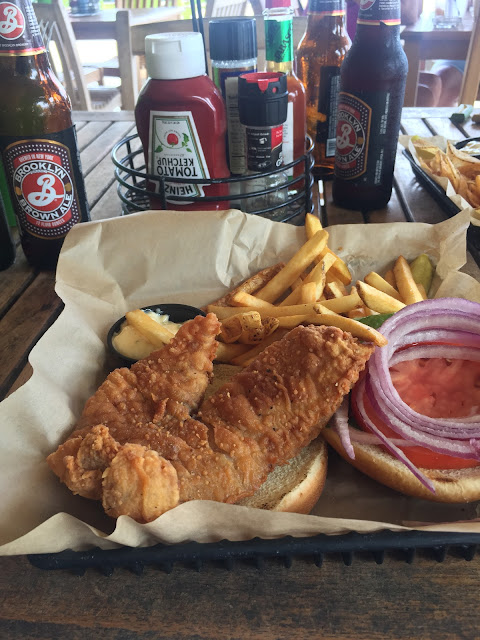 How pleasant it was sitting outdoors in comfortable chairs overlooking the water (and our transport home). 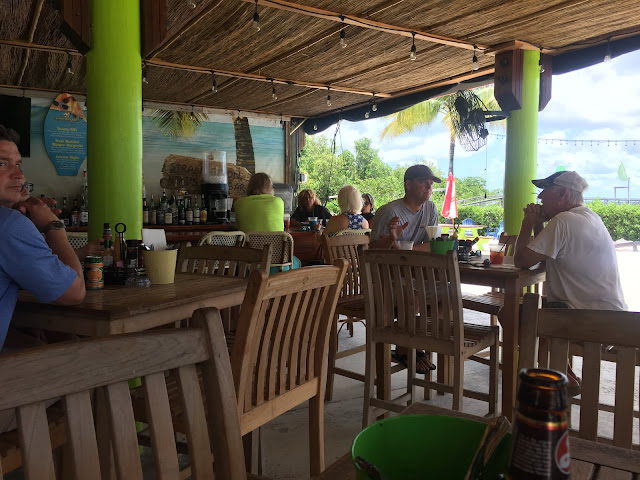 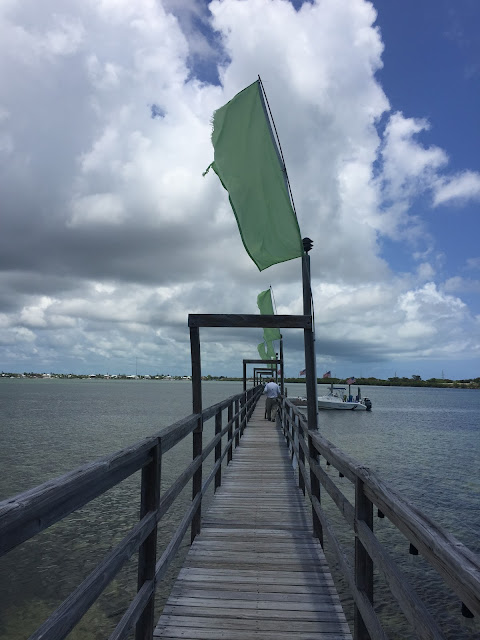 The ride back was downwind at better than 20 miles an hour. We were silent and reflective, watching the water thinking our thoughts feeling the wind. 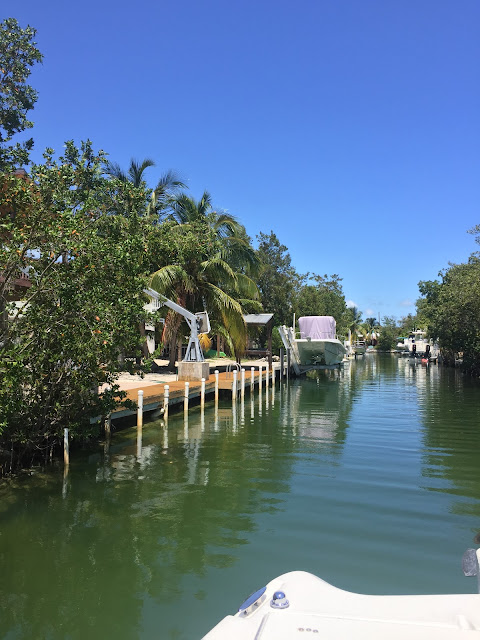 I got a rapturous greeting from a dog with a madly wagging tail who wasn't at all keen to go anywhere near the conveyance. Rusty is a land dog. No boats in retirement for me... 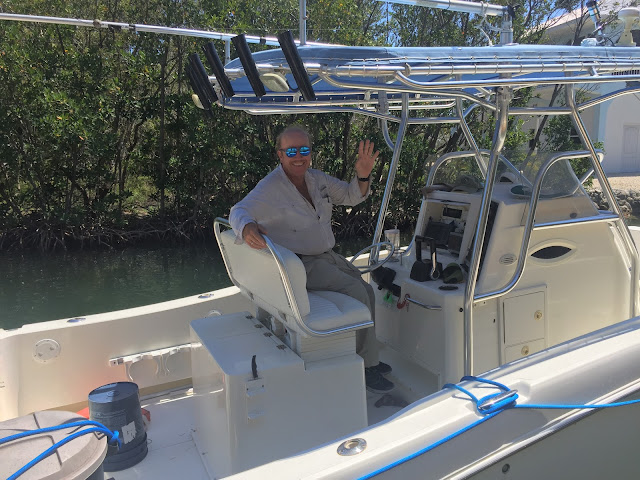 Thank you Robert.
Posted by Conchscooter at 12:00 AM No comments: