I am not fond of using the car when I am on my own and I'd rather be riding a motor cycle, even the modest Vespa  which Hurricane Irma spared when it took my Triumph. However it so happened I had to take the car into town last Thursday as the bike shop had repaired my wife's bicycle, also wrecked by Hurricane Irma. Owing to the rear ending of my big car (the replacement for the car also wrecked by Irma) which fits the bike rack, I was driving the convertible Fiat 500 with the roof open and the bicycle sticking out the top like a tattered sail. I came out of Publix facing a long walk to the distant car only to find myself following a young lithe tanned blonde woman with aviator glasses and shorts so skimpy her mother would have blushed. Well, I thought to myself, there's a compensation for being stuck in this parking lot and not zipping in and out of the scooter area as I usually do. 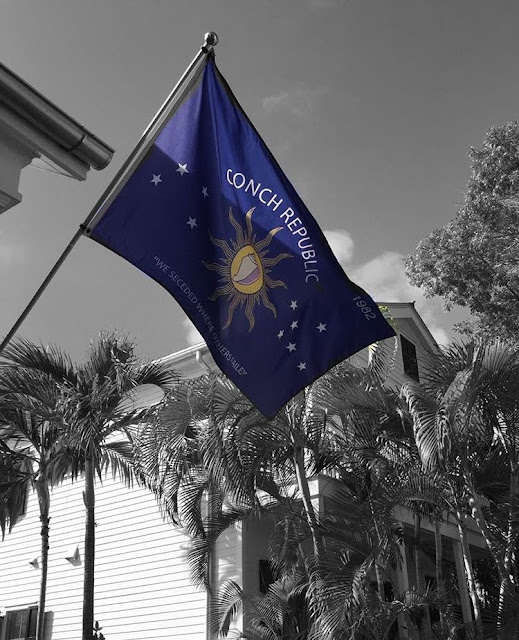 However her mother isn't in town apparently so it was in order for her to dress in such a way and when I saw her return her cart to the cart pen in proper style I was ready to be a little less judgemental. Then I saw a group of four more students loading a  car with essential supplies and again a  barely covered bottom was sticking up like a beacon hailing all ships at sea. What, I asked myself, is going on? Spring Break is going on I had to remind myself. It is that time of the year when  young people, Future Leaders of America invade Key West and spend money and seek happiness in unlikely places. 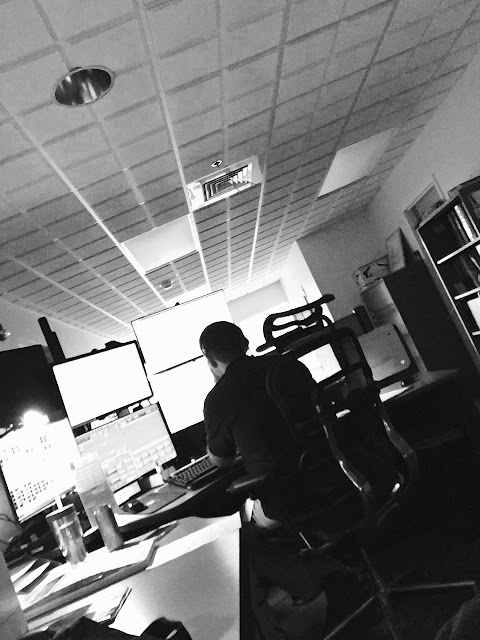 Spring Break is another of those events that has you happy if you make money off the invasion and not if you don't. Some hotels decline to rent to Spring Breakers for fear of damages and disruptions. Key West is an expensive town and the young people pack themselves to a room like sardines which causes issues for the hotels. For me Spring Break is a time of complicated commuting - lots of accidents and wild driving - and long nights at work. Dispatching the police is an odd job in that nothing happens for a bit, in a small town, then suddenly everything goes wrong at once. I have been working night shift for about twelve years and I like it better than days but this is the time of year that tests your mettle on a 911 line. In a  town like Key West where the older calmer millionaires are taking over and going to bed early, a sudden influx of party mad youngsters is a bit of a jolt. 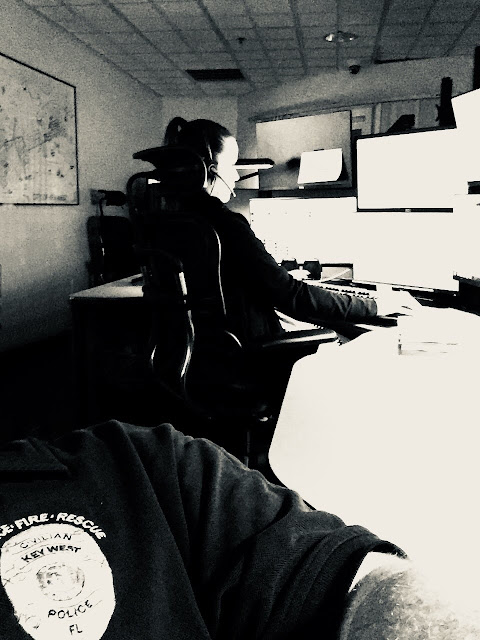 For all those other nights when we sit up in the wee hours waiting for the phone to ring, Spring Break is a long endless series of calls for service to deal with drunks, drunks yelling, drunks fighting, drunks making noise, drunks passing out in public places. It's less a crime waves than a  loss-of-self-control wave. University after university takes a week-long break and some of these students come here.And it can make you cringe as you can see below where I managed to take a self portrait wherein I lost my neck under my gray beard. I wonder where I put it? I don't need a neck when I spend much of the night hunched up trying to remember where the officers are and where they need to go, a giant chess game of trying to keep ahead of the anti-social behavior. 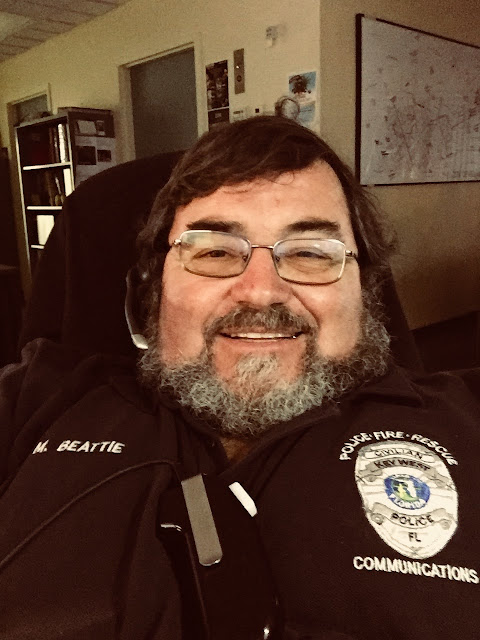 It used to be that many more young people came to Key West when Key West wasn't so hidebound and their money seemed to matter more. Nowadays there are many more choices for the students, though Mexico's rather undeserved reputation for violence has caused an influx of students no longer willing to visit Cancun 350 miles south of here. That drug cartels are shooting each other up on the border from time to time but not going near gringo resorts has not much impact on the fear factor. So much the better for Key West. 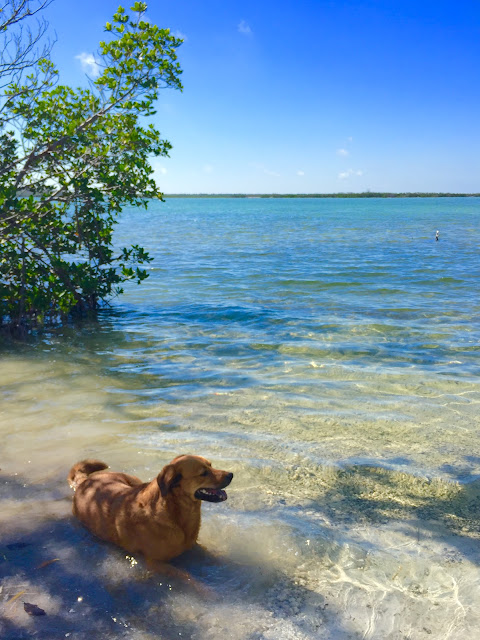 Happily life goes on outside the confines of Smathers Beach where the ritualized mating dance of  vacationing intellectuals takes place, and Rusty still needs his walks and old people like myself and the good artist Webb Chiles continue to potter around decorously as (unfortunately) suits our advanced years. Chiles is getting a rather big sailing award in New York from the Cruising Club of America which is nice but I don't suppose the Spring Breakers will care. I do. 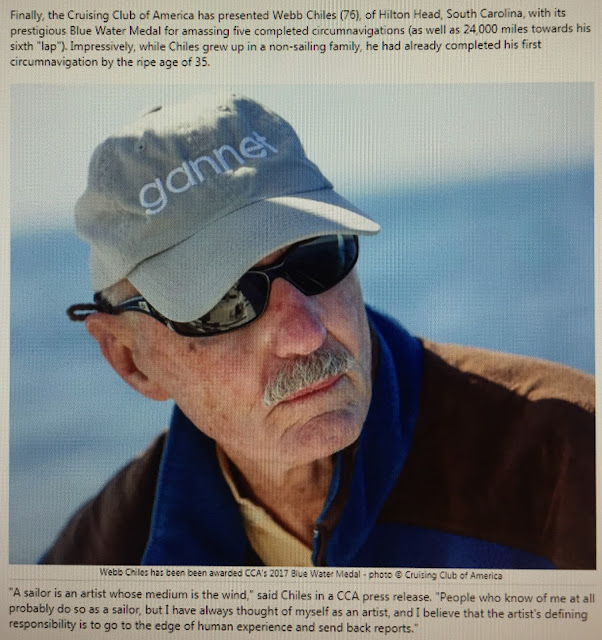 Actually I hope Spring Breakers don't twig that it may take them half a century for their achievements to get recognized. It might dishearten them.
Posted by Conchscooter at 12:00 AM No comments: Links to this post