Big Pine's Key Deer Shopping Plaza as photographed by me in 2007. 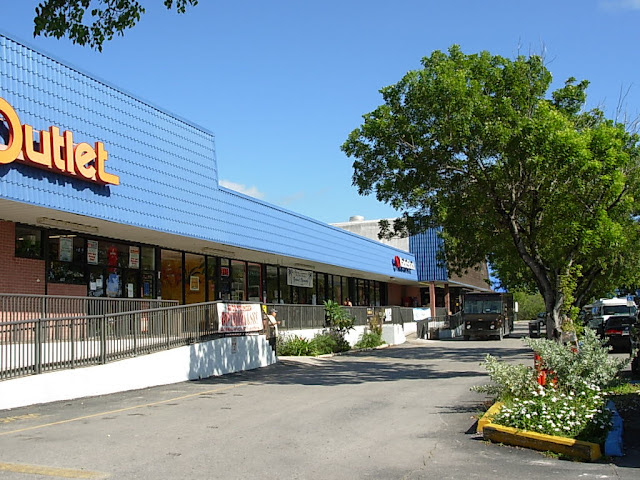 They say a Floridian defines a good parking spot by the amount of shade available.  Not much of that in the Key Deer Plaza in Big Pine anymore. 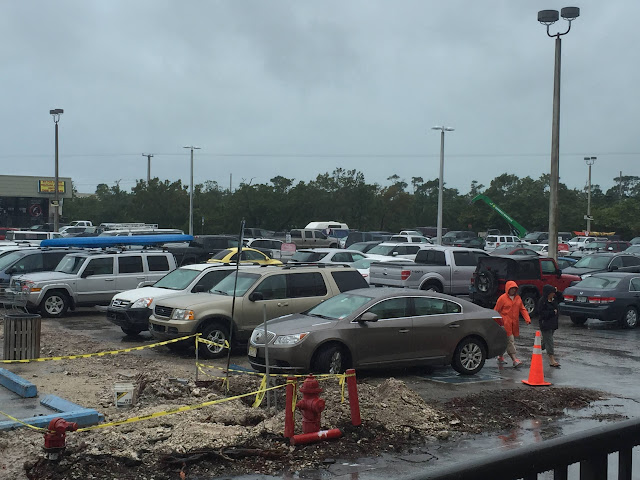 They came, they saw, and they tore them up by their roots. Why? Some say its to discourage free range chickens in the lot. I'm no great fan of wild chickens but all this to get rid of them? It doesn't make sense to me and the chickens weren't hurting anyone. There has to be a reason I'd like to think, but I have no idea what these idiots are thinking. 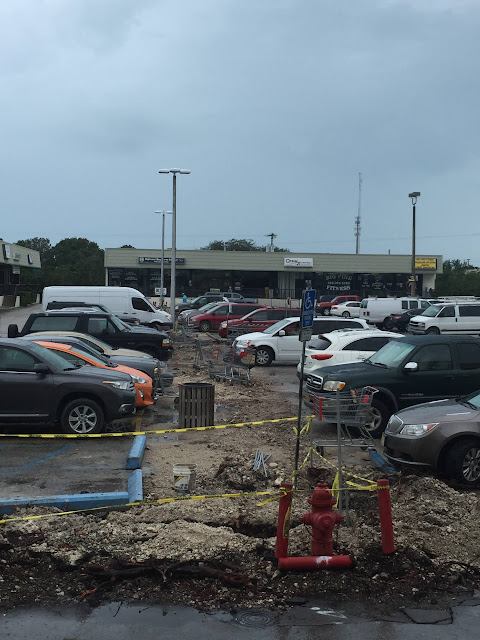 Key Deer shopping center is no great aesthetic success from an architectural point of view but with trees it wasn't totally gross. I got this picture off the Web as I never really thought it worth while photographing this place. Who knew they would tear it up and make it as ugly as sin? The Winn Dixie Plaza in Key West, more properly known as Overseas Market has lost some trees. This is as it was: 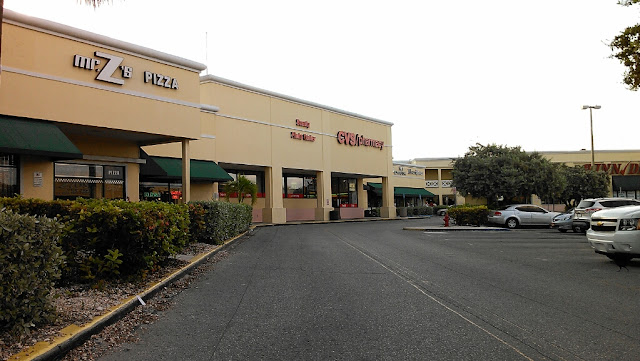 And they've done the same tree slashing in Key West to loud noises of irritation from the shopping public. I hate cutting stuff down and honestly I've avoided going to Overseas Market to see the destruction but here it is. It's not as awful as I feared though the middle of the lot has lost all shade: 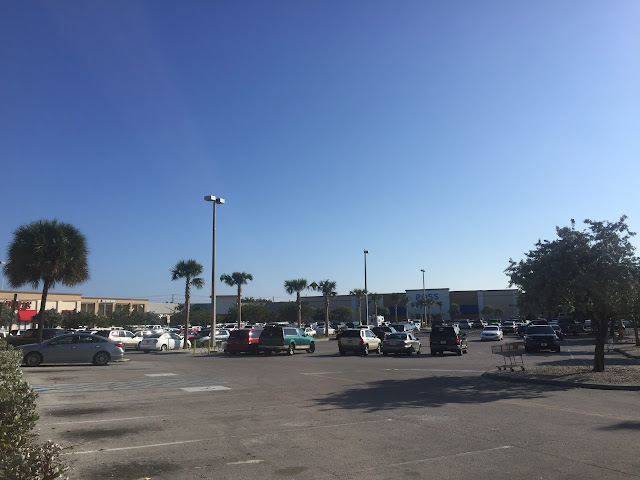 One likes to think there is a reason for this sort of behavior especially in a  town with a tree commission and all that, but  I figure its all in pursuit of something as base as commerce and money. I hope they are made to re-plant proper shade trees but who knows.
Posted by Conchscooter at 12:00 AM 6 comments: