These delightful open spaces will be gone soon so I am trying to enjoy them as much as I can with Rusty before they are overrun with concrete and landscaping. And on this visit there was one of those plug ugly seagoing things called cruise ships but which actually look like Soviet apartment complexes. 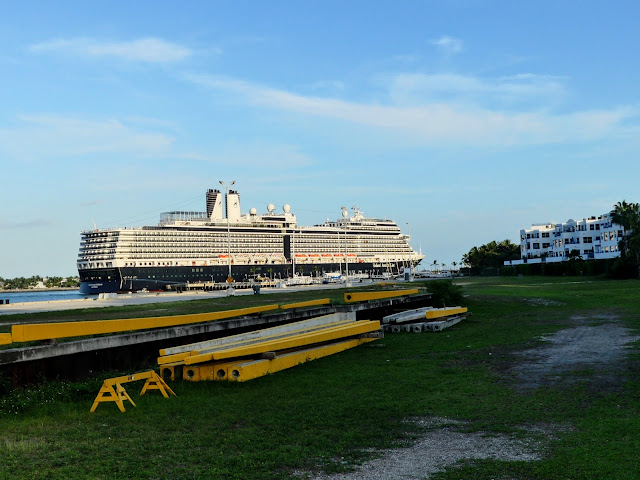 I was intrigued to see this long distance cyclist pedaling hard out of the dead end at the waterfront. No idea where he came from or why. Perhaps he spent the night on the cement? 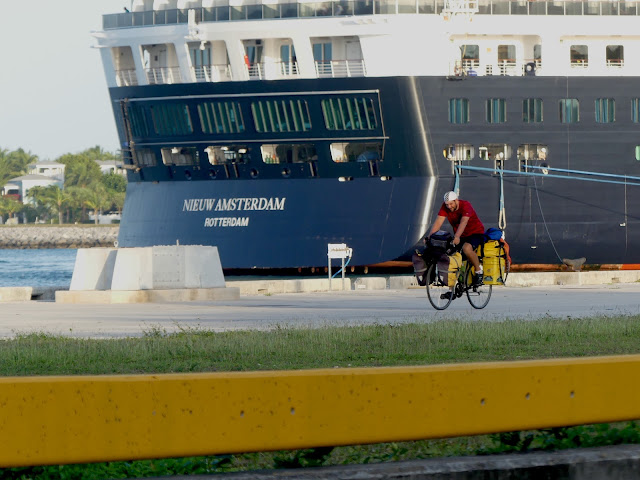 Then I spotted my buddy Curt  helping to tie up the big block of a ship. 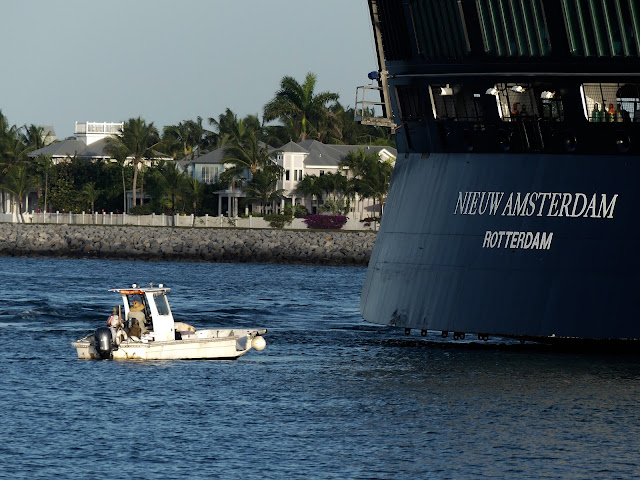 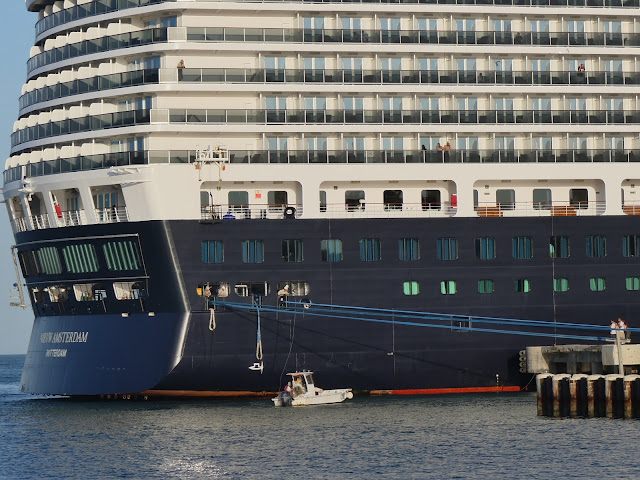 There he is reaching for the line: 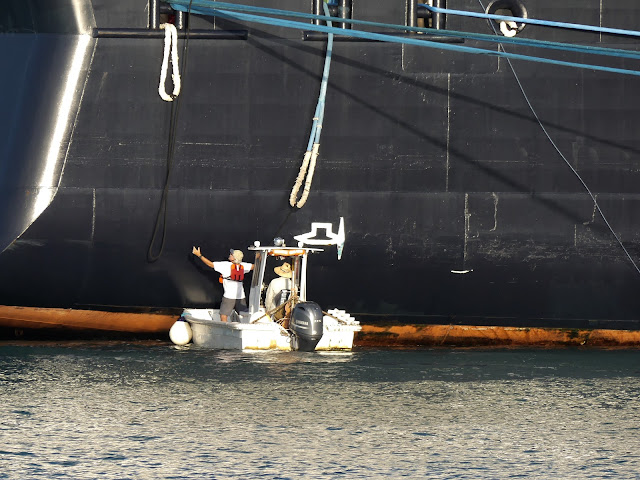 It was a lovely day and I was enjoying it properly. 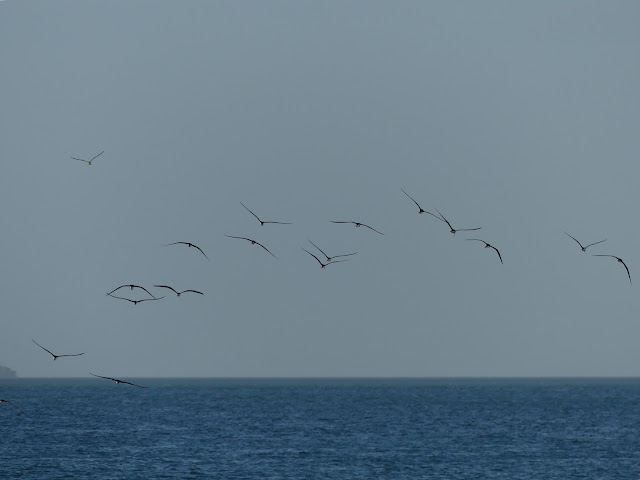 Nor was I alone in my pleasure. Rusty trotted up to him and let him run his hands through his soft thick fur. It never ceases to amaze me how my formerly stray  dog is so eager to be friendly to strangers. 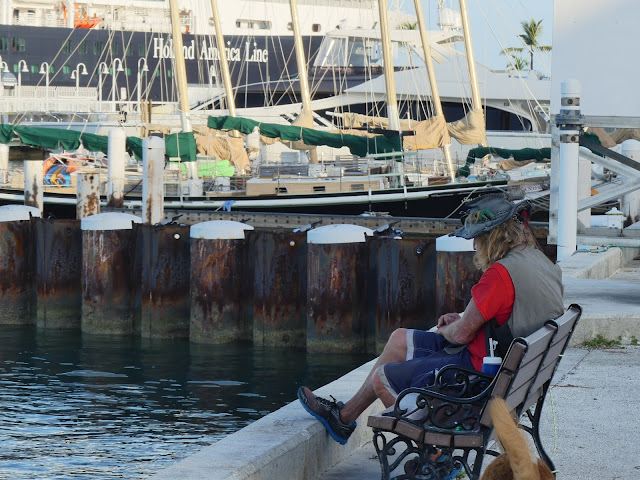 I hope the new park will draw visitors to the floating museum that is the Coast Guard Cutter Ingham. 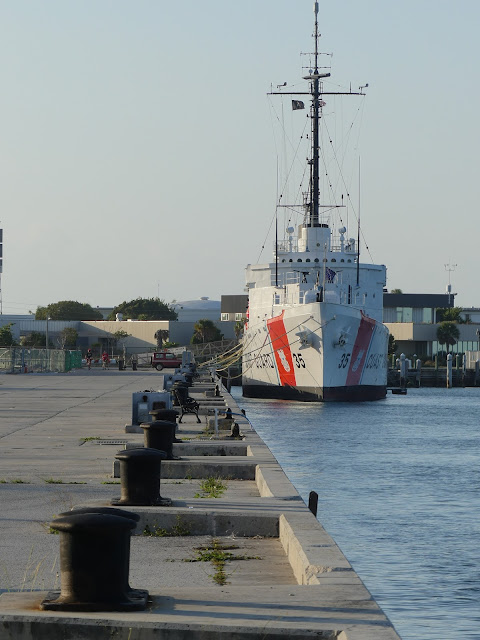 Mangrove islands across the harbor. 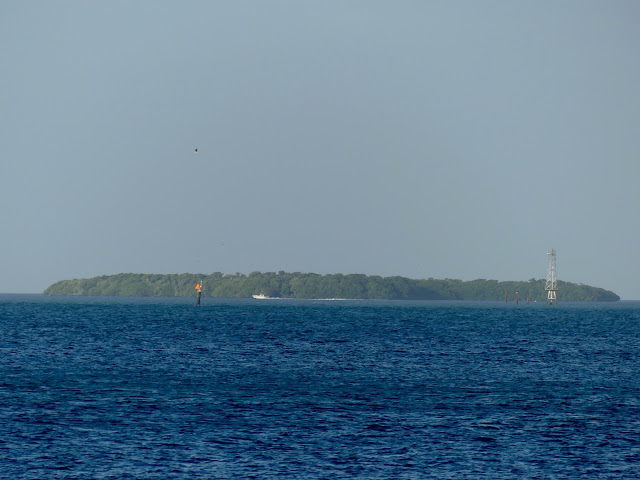 The seaplane flying to the Dry Tortugas: 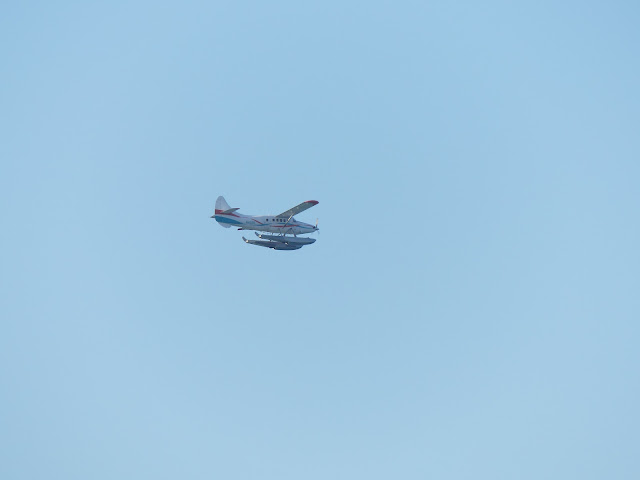 I like to let Rusty wander in this open space but not all dogs are that lucky: 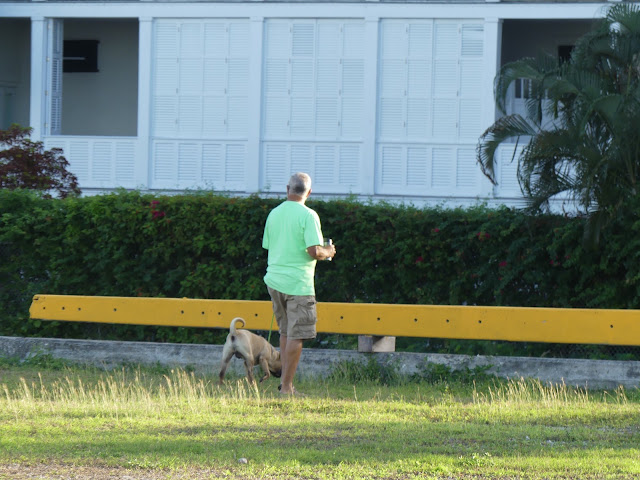 And because it is winter squads of loud squawking cyclists burst through the serenity of the morning. 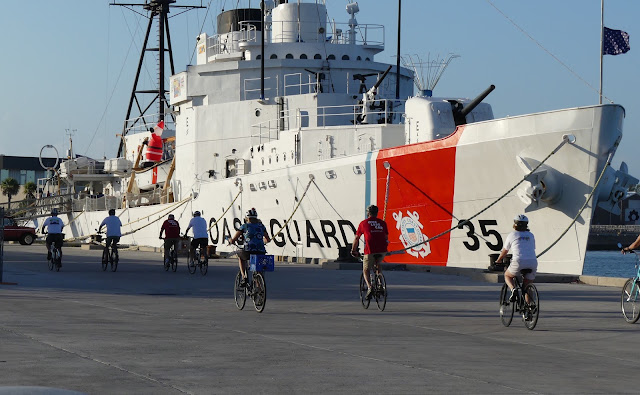 The museum has a long history: 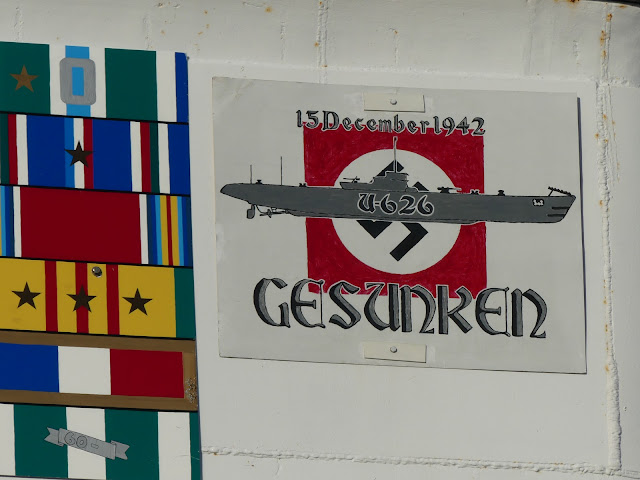 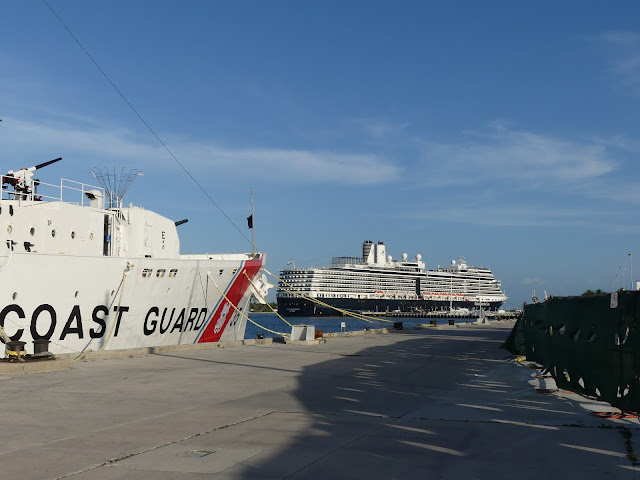 Rusty was checking out the area under construction. I can already see the pattern of order to come out of the chaos in the swerving line of cement on the ground: 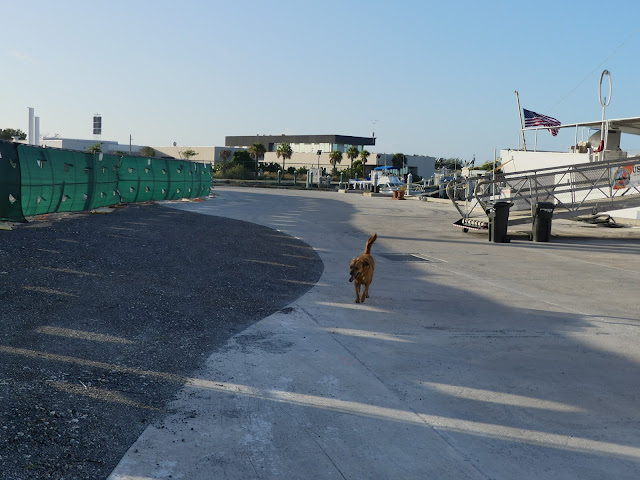 This used to be a parking area: 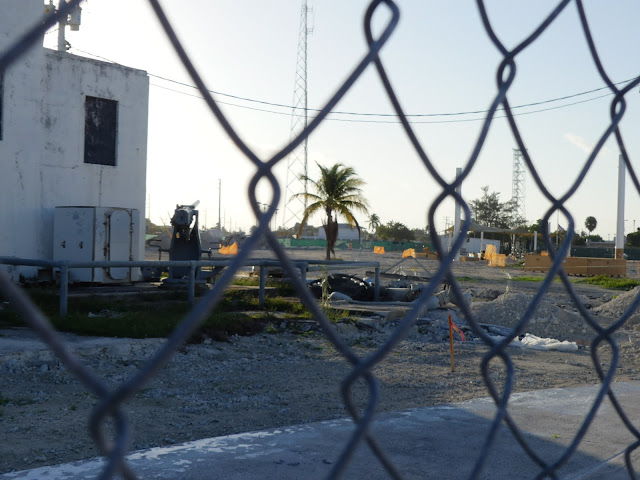 Above they are tearing up what you see below as part of the first phase of development of the land that used to be part of the Navy Base: 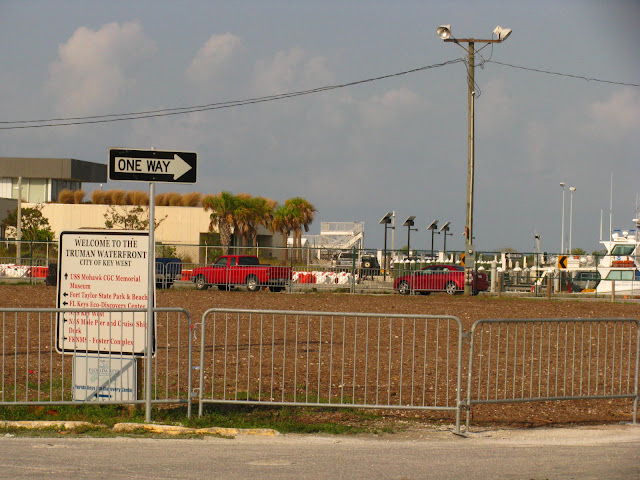 Driving back up Fleming I saw Curt cycling oblivious to my presence. I was in a hurry and couldn't stop for a chat when I saw him pull off into Fausto's before presumably heading off to his second job selling food to tourists. He has been consistently working those jobs for the past two decades while living on his boat anchored beyond Wisteria Island. It's quite the record for consistency in this town. 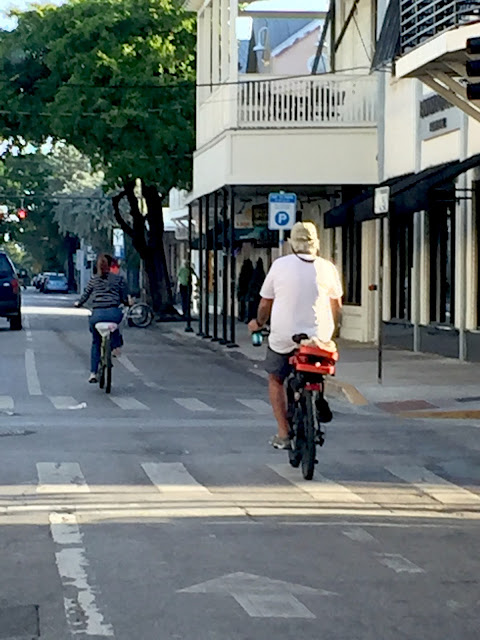