I'm not sure its a subject one should bring up at the dinner table in polite company but I am a fan of summer time. I like the time change in Spring and I regret the reversion to short evenings in the Fall. There: I've said it. 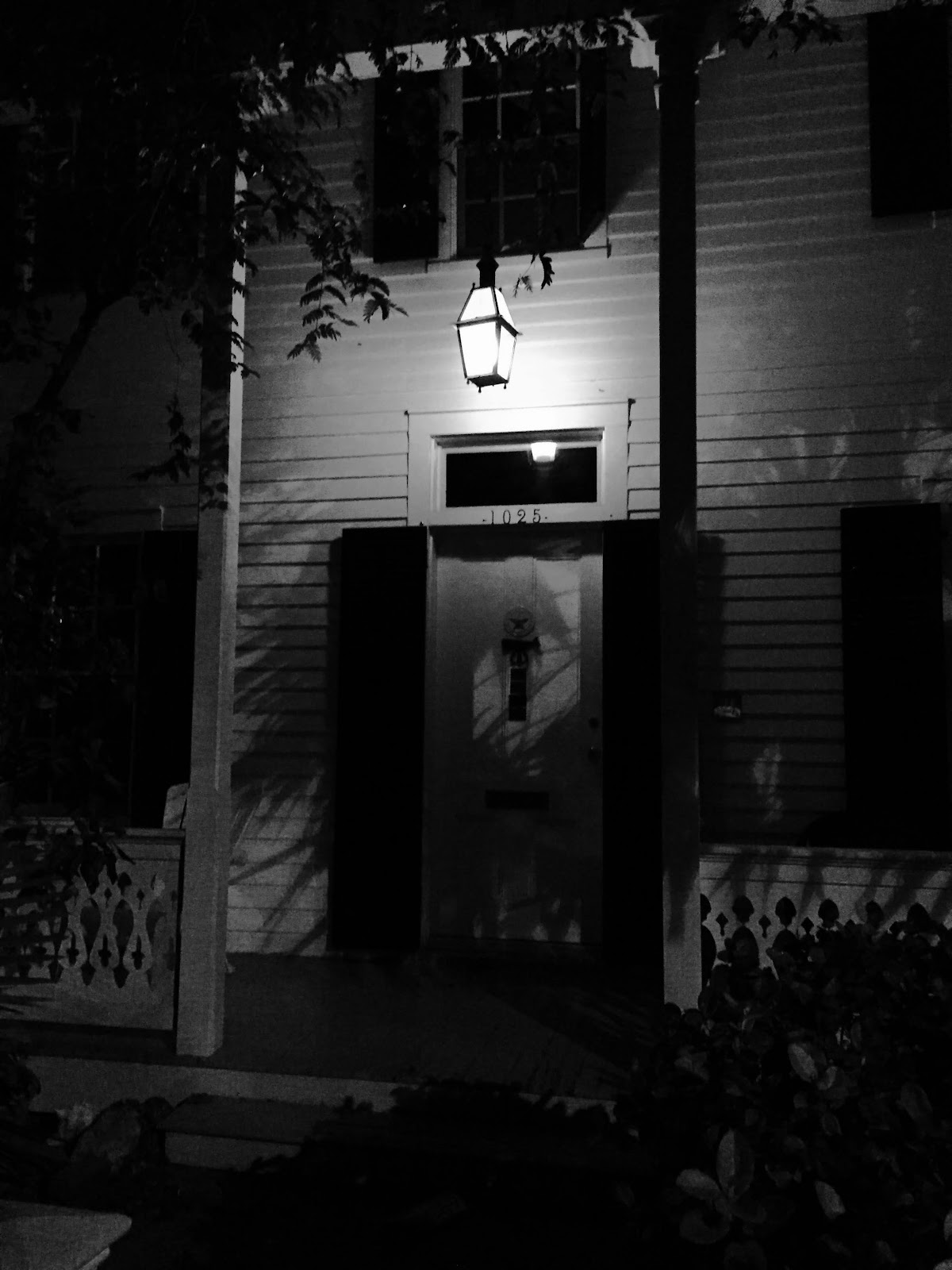 Taking Cheyenne into Key West is an opportunity tom me after a night off work to see the city in the dark as dawn is still not creeping into the sky much before 6:30 so if I wake up at five Cheyenne gets to enjoy the cool early morning air for her walk. And enjoy it she does, asonly a dog can, with nose to the ground: 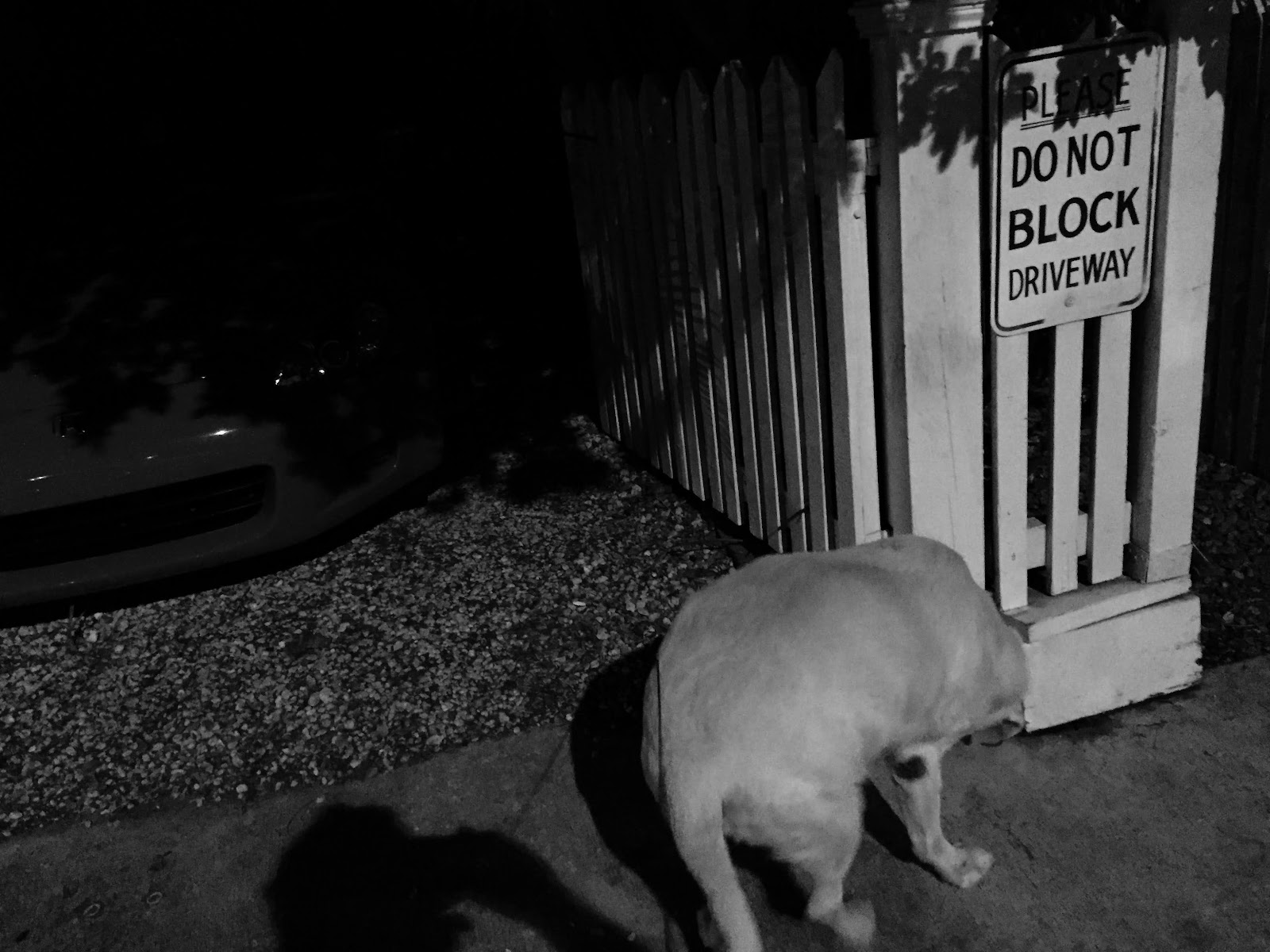 That she was blocking a driveway was attributable either to her inability to read or my inability to influence her but no one was awake to see her cluttering up their access to the street. Key West is worth admiring after dark: 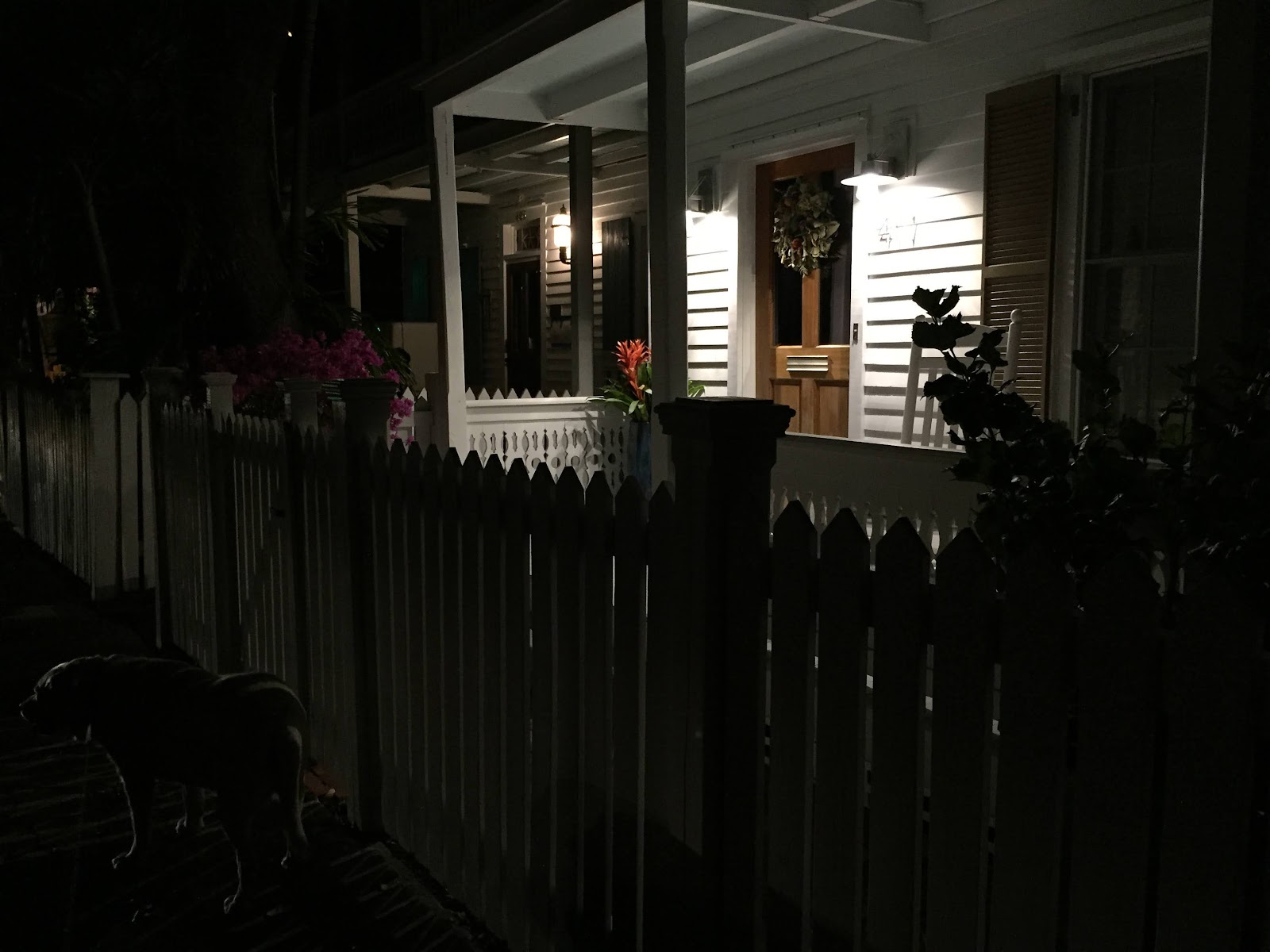 I like the play of shadows and light and to see  it unencumbered by anyone else is a special privilege. Sometimes we forget how unusual it is to have such easy access to the largest such collection of antique wooden homes, the largest such urban agglomeration in the US. Please note I was walking about before the bakers were up. When I was a kid I went on a field trip at school half a century ago and I still remember the smell of rising yeast  at the bakery. The baker told us wide eyed seven year olds that he got to work at 2 in the morning to make sure everyone in town got fresh bread for breakfast. I have no idea why I remember that but I do. So now I am stuck with this notion that bakers should be up half the night as a matter of course. Apparently not: 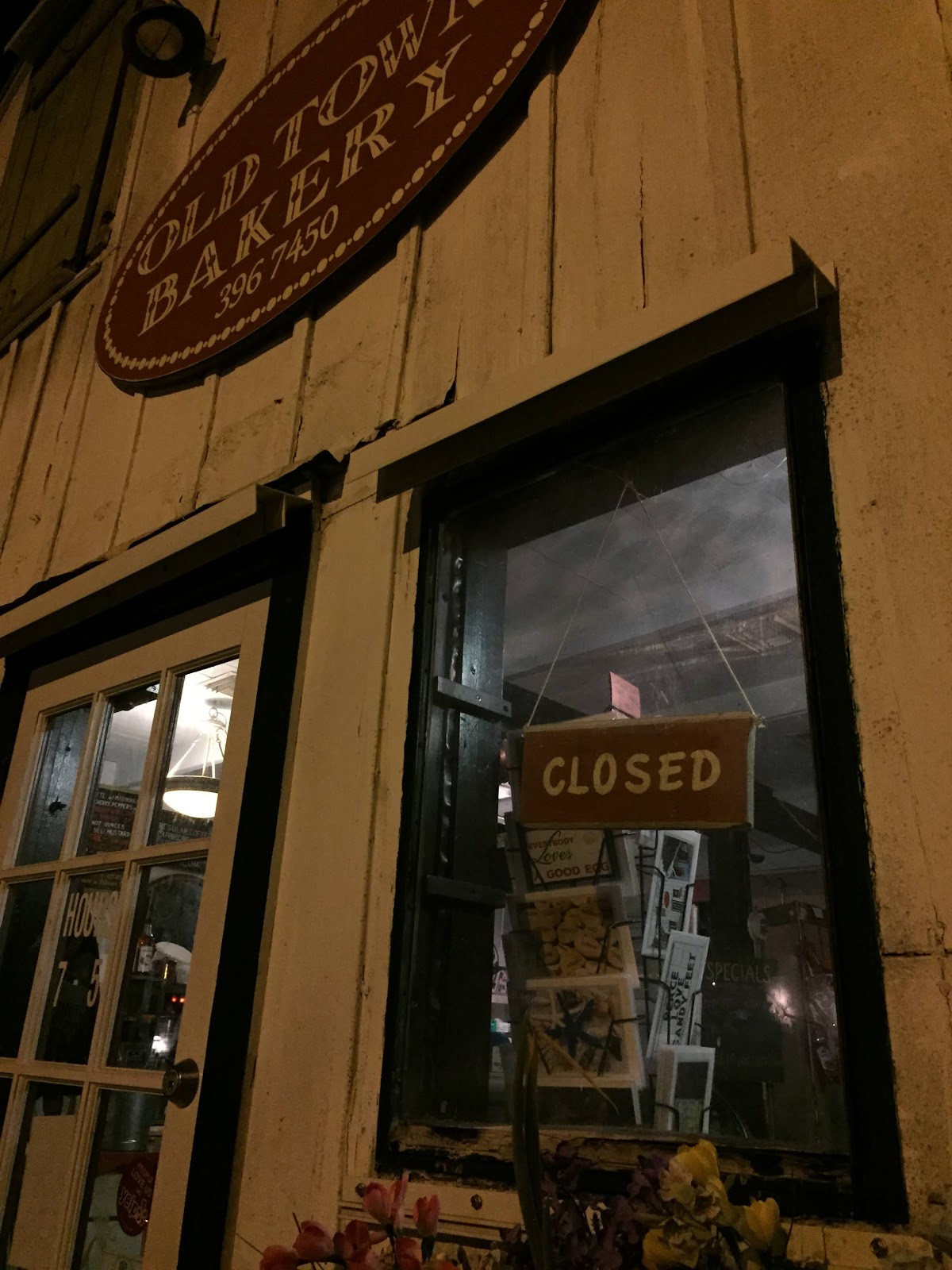 I took the pictures a few nights ago when the moon was rather more full and that added to the effect of shadows and light. 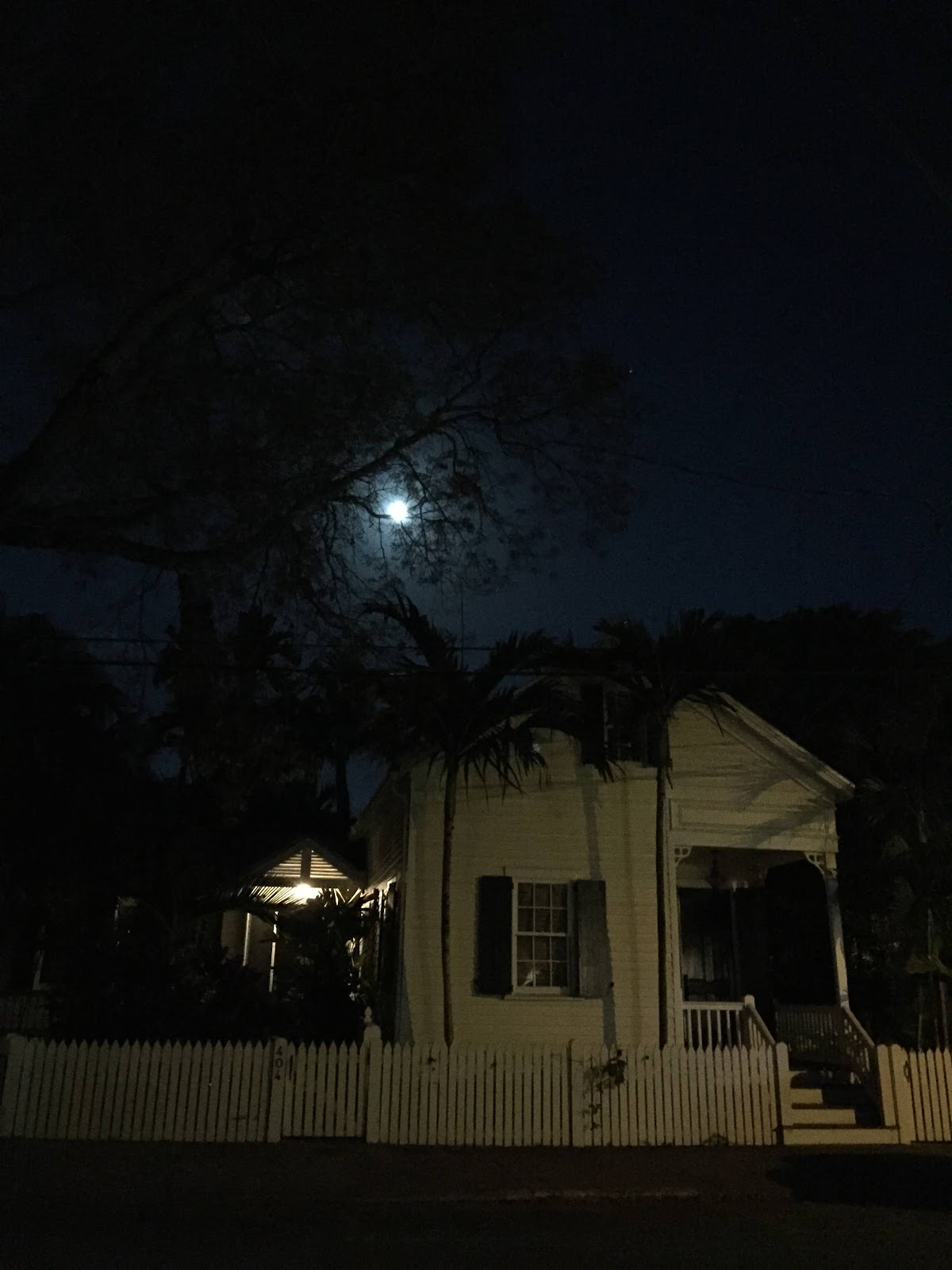 I have been following the roaring debate about Walmart coming to Rockland Key in 2017 and as you might imagine the comments in the paper are not all positive. If I were to paint the reaction with a broad brush the Conchs are for the most part delighted to have access to mainland convenience, they say, at mainland prices. Opponents argue that if you want access to Walmart better you go and find them rather than having them find us. The fear is of course that local stores will wither, traffic around Rockland and Big Coppitt Keys will get even more tangled and Key West will lose it's off kilter eccentric cachet. 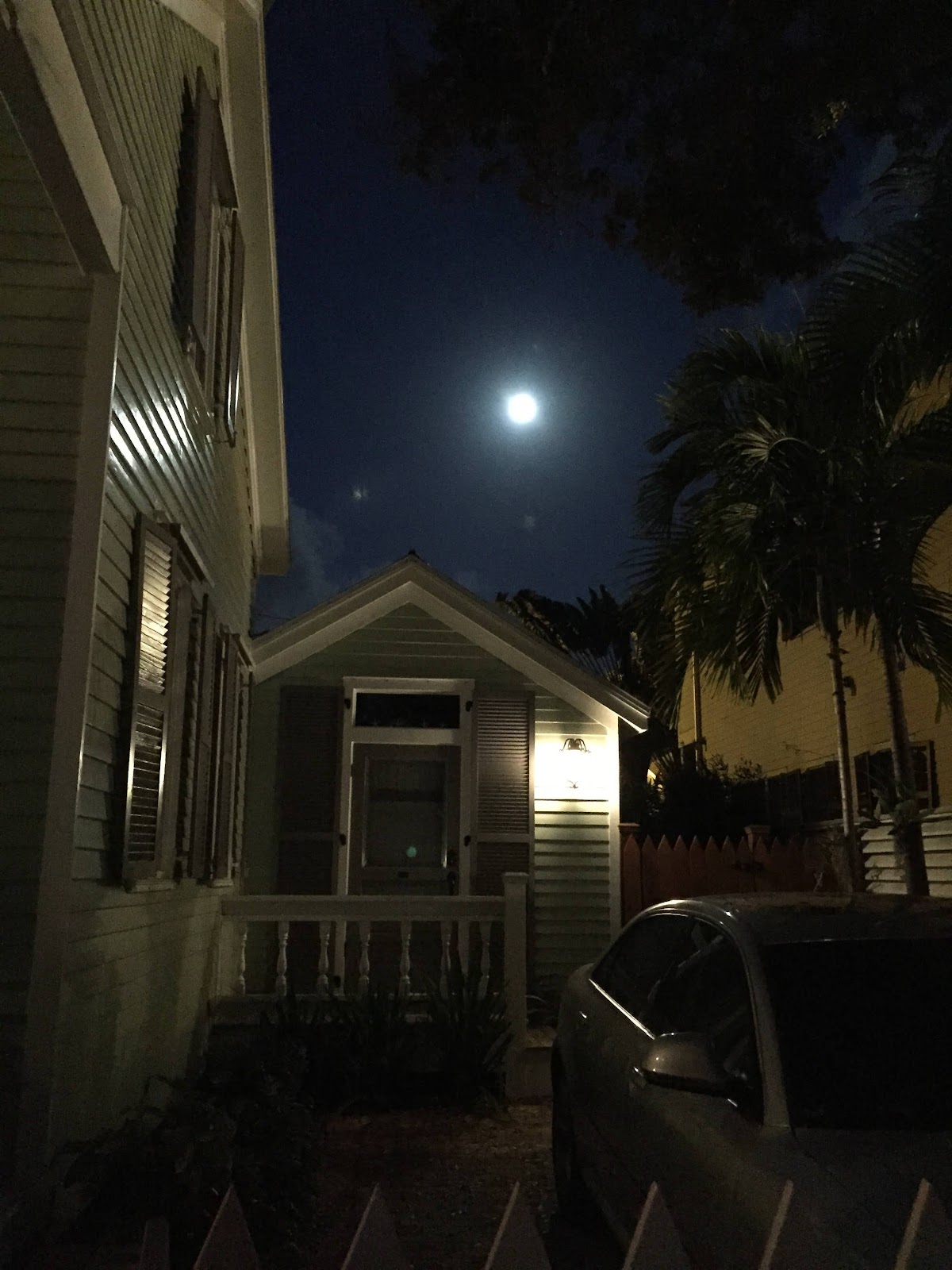 Obviously the Walmart thing is happening and equally obviously the net result will have to be seen. My wife the inveterate shopper likes Amazon, a company noted for having if anything less respect for employees than even Walmart and they deliver just about everything. So if protecting local stores is the goal I'm guessing the online market place has already shredded a  lot of that. I suspect  grocery stores will have a tough time dealing with Walmart, more so than art galleries, T-shirt shops and trinket  stores which is pretty much all Duval Street is good for these days. 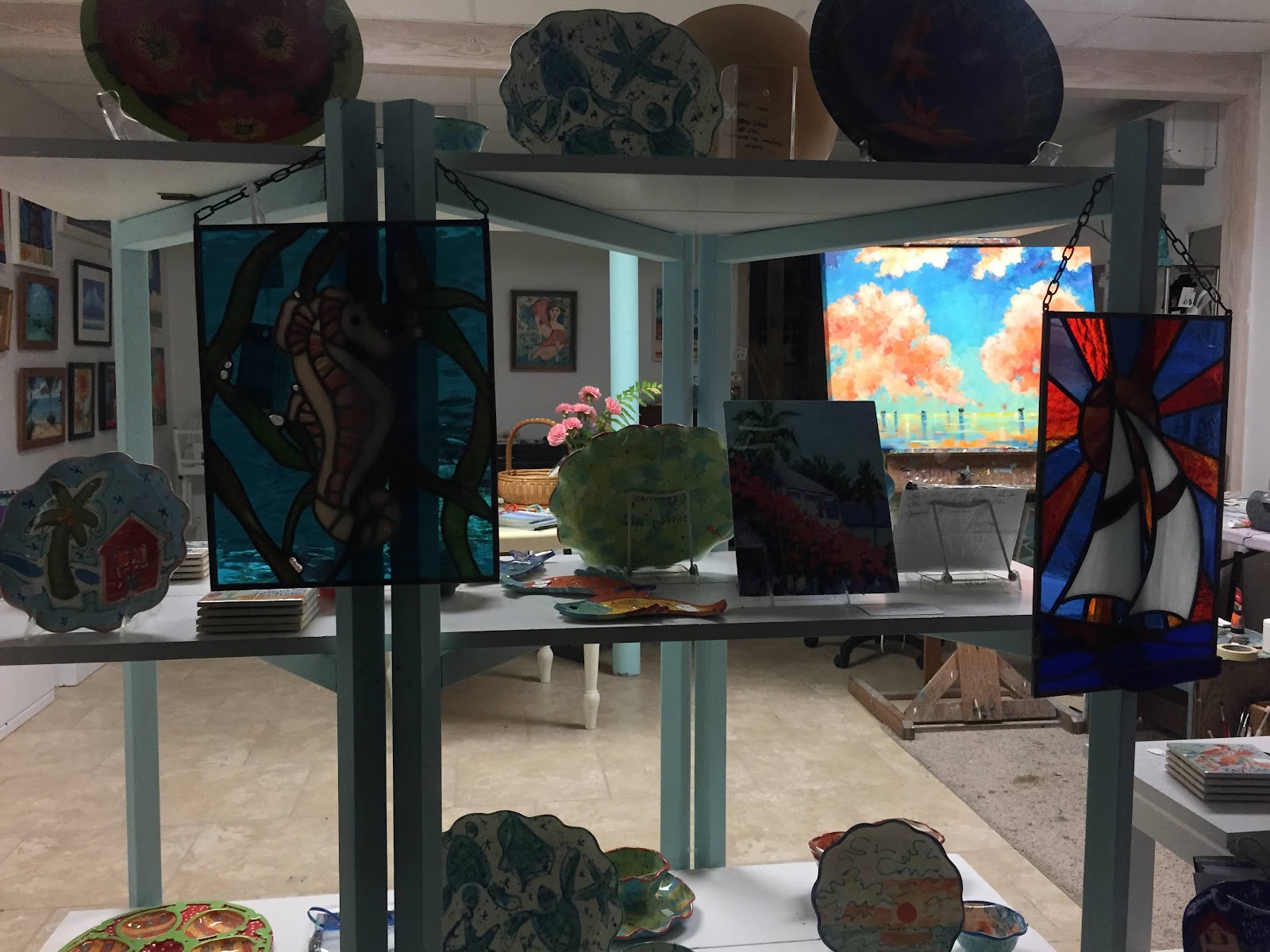 As to Walmart sucking the soul out of Key West, if that ends up being the case it won't be for want of effort by a whole slew of characters already in Key West.  The thing is Key West is a town that is torn apart by many interests all of whom appreciate the unique nature of this little jewel. However the goose is being decidedly strangled by those seeking the golden eggs of climate, coral and character. It's inevitable and this town does not come equipped with the defense mechanism inherent in many college towns who raise cadres of social scientists, environmentalists, tree huggers and the like who leap to defend the ephemeral values of which I write. In Key West money talks and everyone else needs a job. 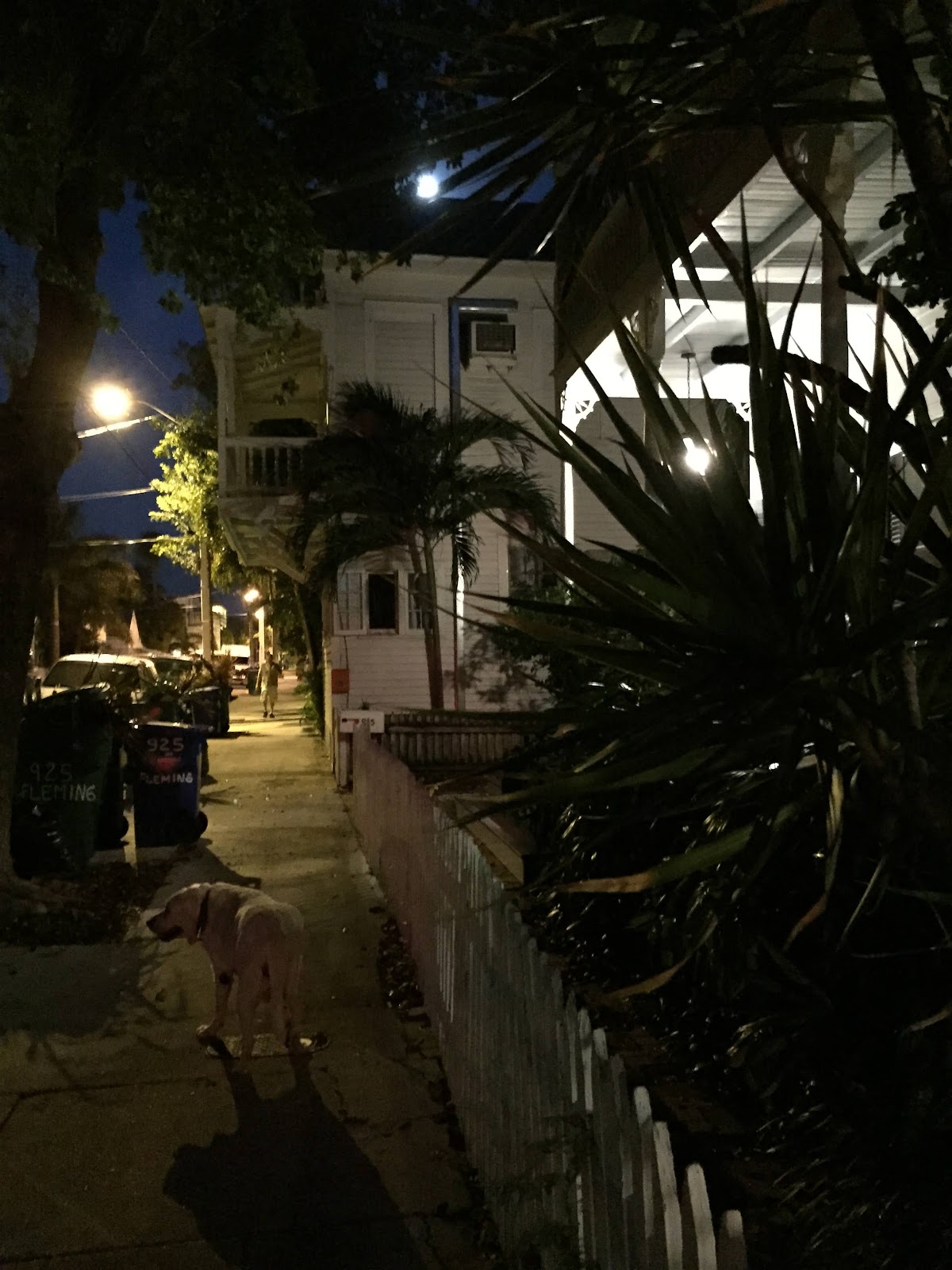 So bit by bit the town degrades and old timers bitch about how the soul is gone and I suppose to some degree it has evaporated under the onslaught of millions of visitors and an unrelenting advertising campaign stressing mass tourism and cliches. And then when the mayor has a vision, not  ahuge all encompassing vision but a modest goal like creating a worthy city hall all the bean counters leap up and shout about taxes and waste and government and blah blah blah forgetting that they take cruises all over the world to see the wonders created by previous generations. The Parthenon, the Roman Forum, the Eiffel Tower, Windsor Castle, Macchu Picchu - none of these wonders were created by the minds of the public works critics who inhabit the fabric of Key West. 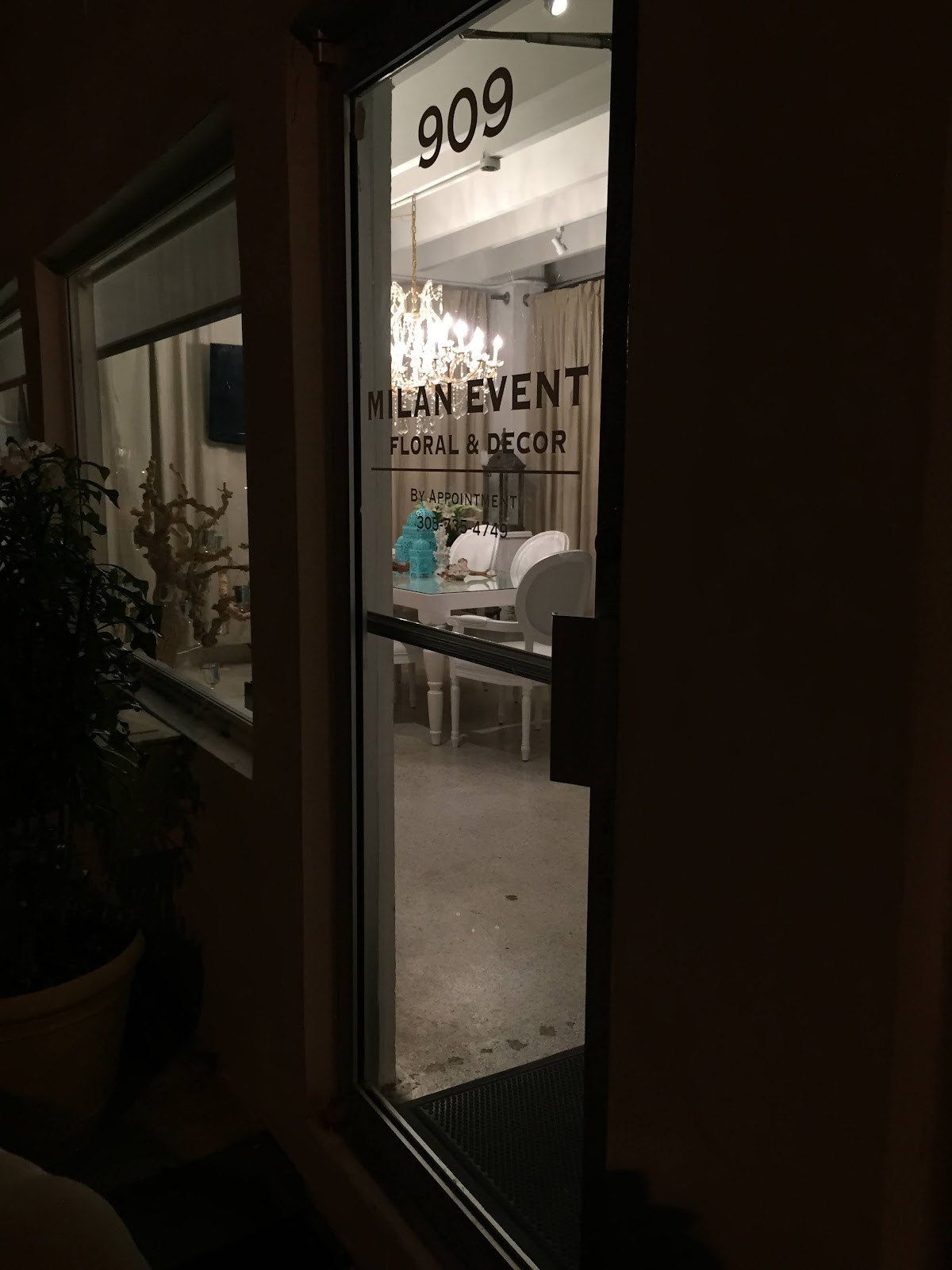 The grandeur and the delight of things worth seeing have to be built and sustained. These gorgeous wooden homes, these narrow lush streets, this town built almost by accident from ship's timbers needs to be sustained and Walmart won't do that but Walmart alone won't wreck it either. Indifference, lack of vision and failure to lead will do Key West in if this unique community has perforce to be destroyed. 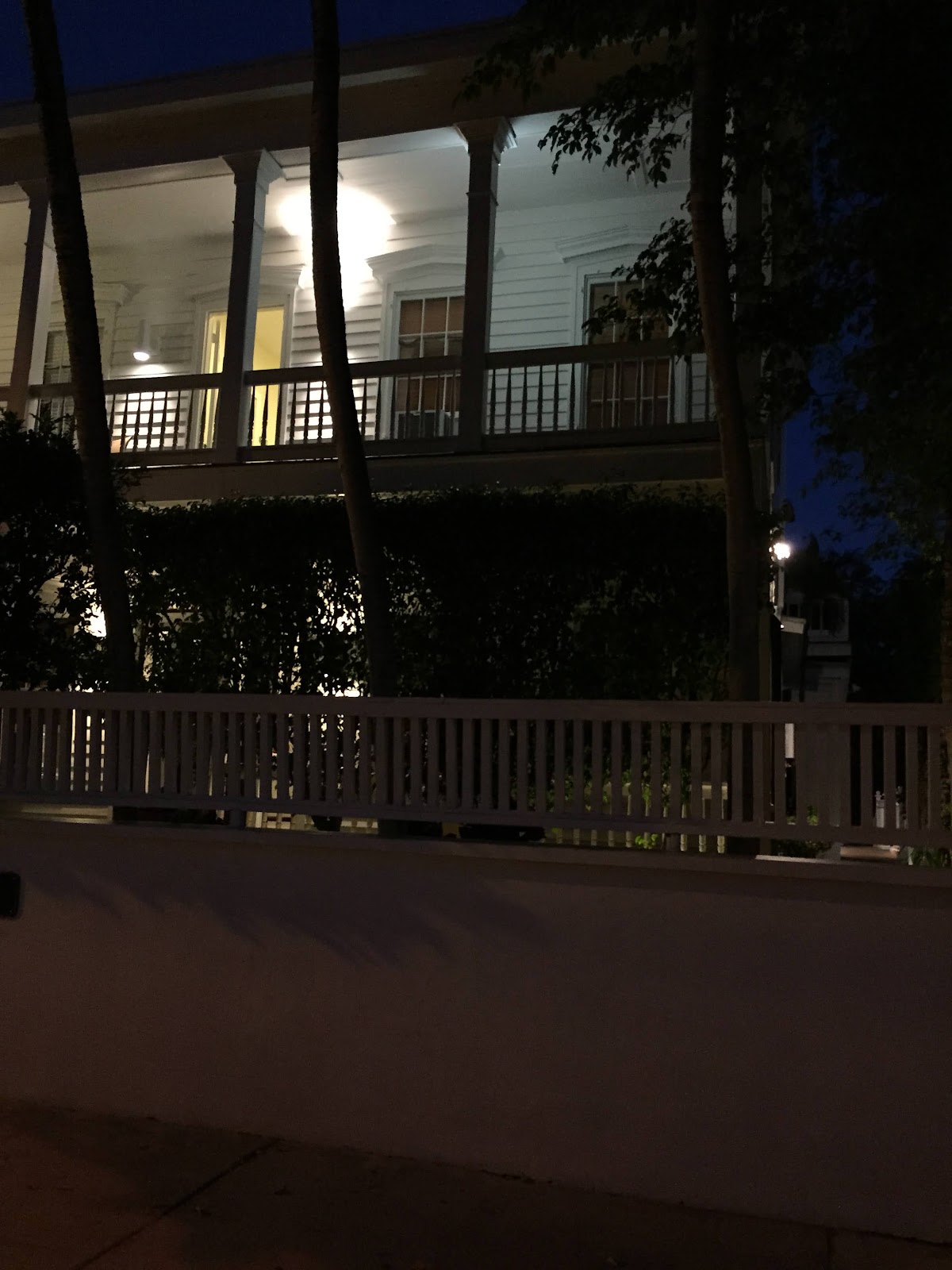 Sure, I would rather not see Key West making a space for crass commercialism but I'd also like to see this town take care of its workers. One wants to shop locally but too often local service sucks. I'm sorry to say it but it's true. It's not just underpaid workers, its owners of businesses that offer shoddy service, indifference and bad manners as their selling points. I have no idea if Walmart will be able to educate a workforce to do better but their selling point is cheap everything all the time and the people who will flock there won't expect decent service or good manners because they only see the cost of what Walmart sells, not the value. So, yes I think Walmart will contribute to the degradation of this city but it won't wreck it singlehandedly. 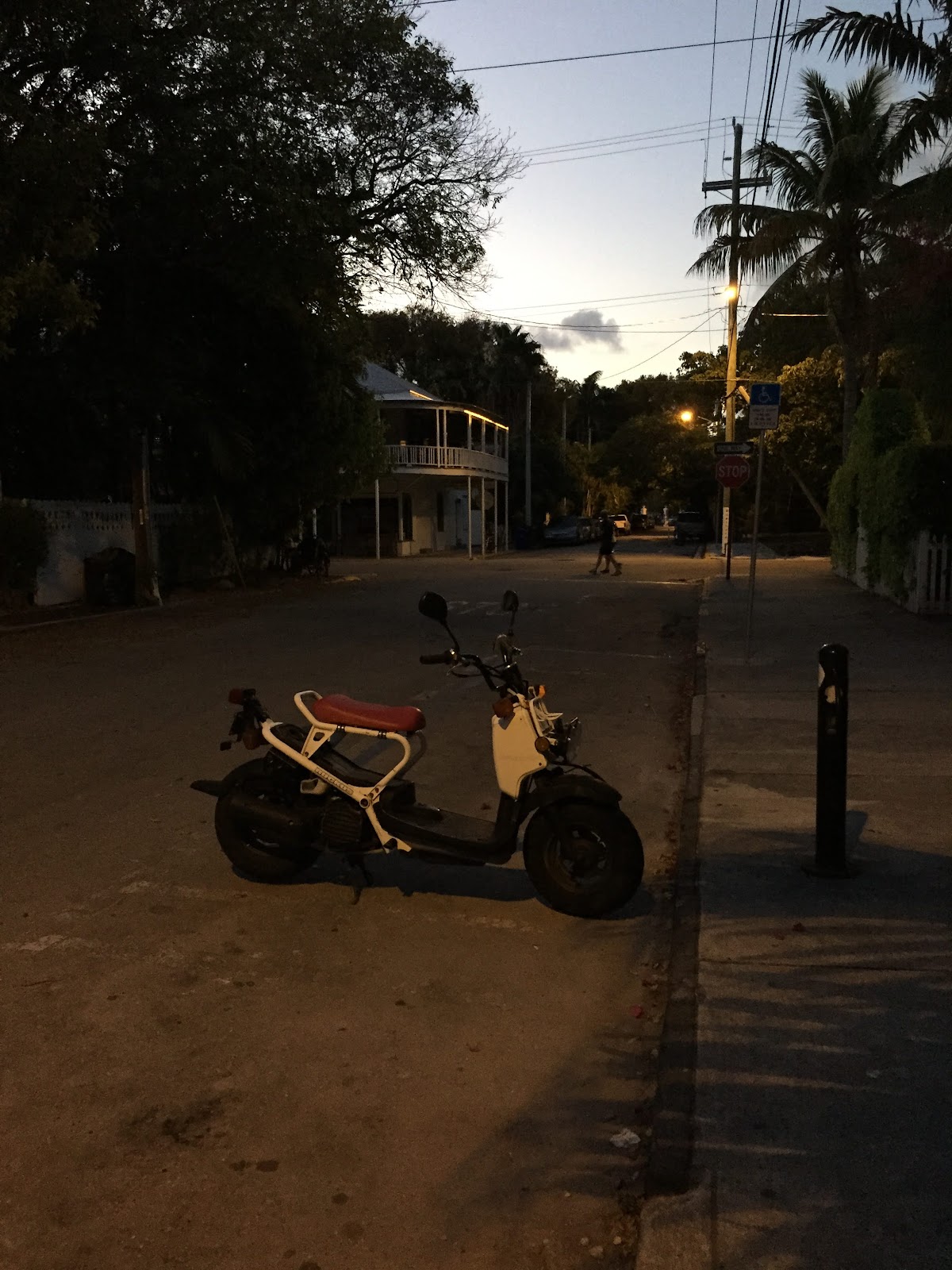 I got this photo from Facebook and I've never been to Denmark so I have no idea if its true but I have read that Denmark enjoys the world highest standard of living with excellent free health care, education and powerful social services. And apparently decent wages: 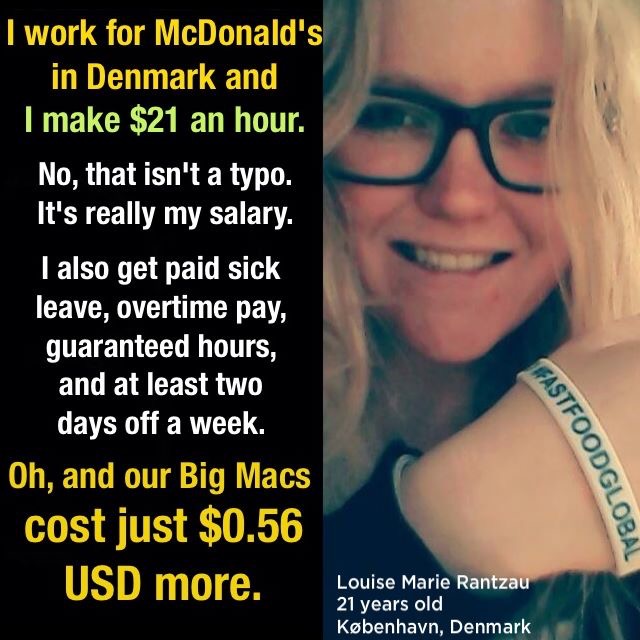 Too bad the drones at the drive through window on North Roosevelt don't speak Danish I guess. Sucks to be them, right? 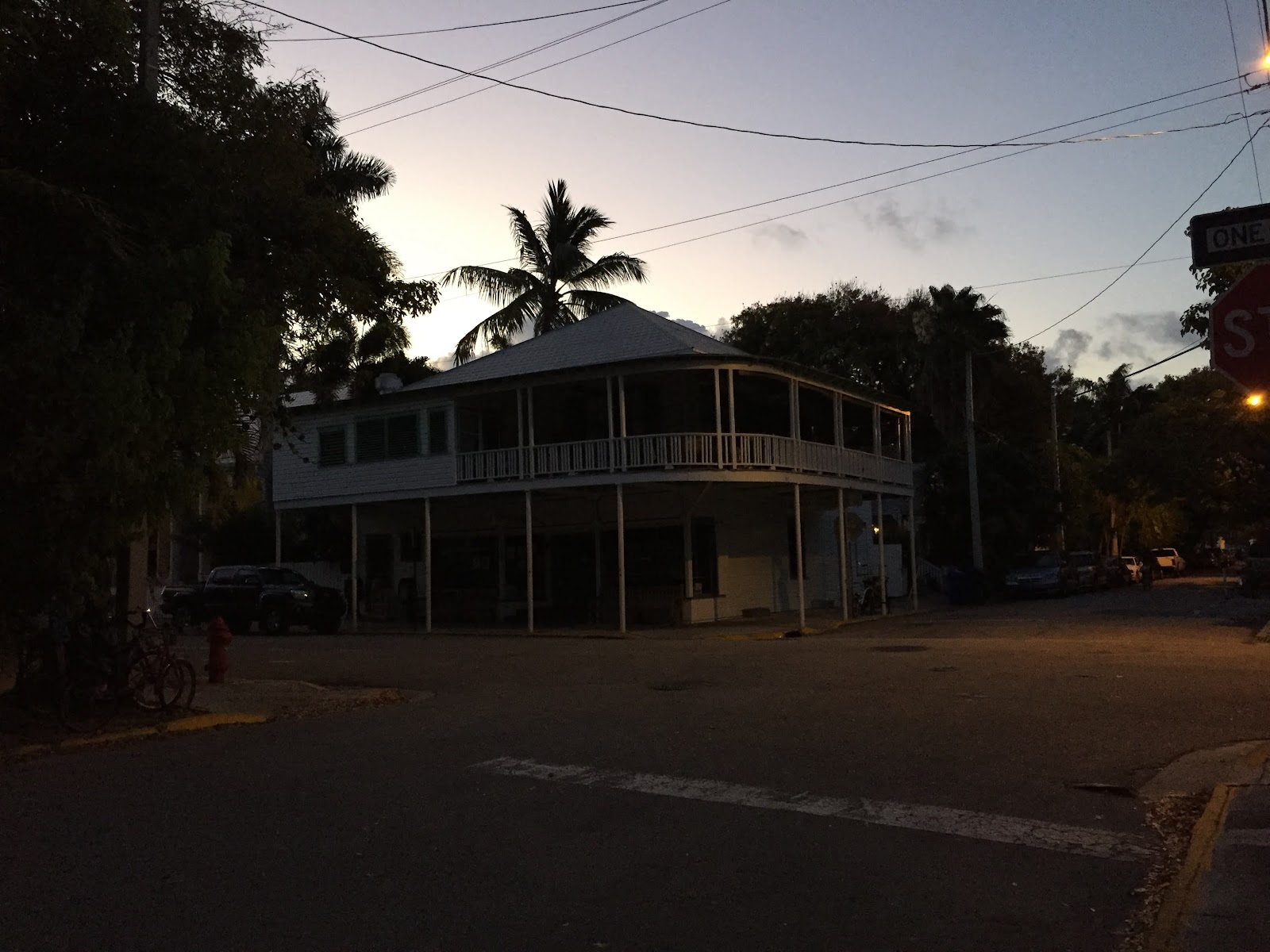 Some days I feel like I'm standing on the edge watching the city slide into a worse future than its past, and on other days I suspect that once again the future will elude us and time will pass and things will not be as bad as they could be, not as soul destroying as the negative nellies like to imagine they will be. 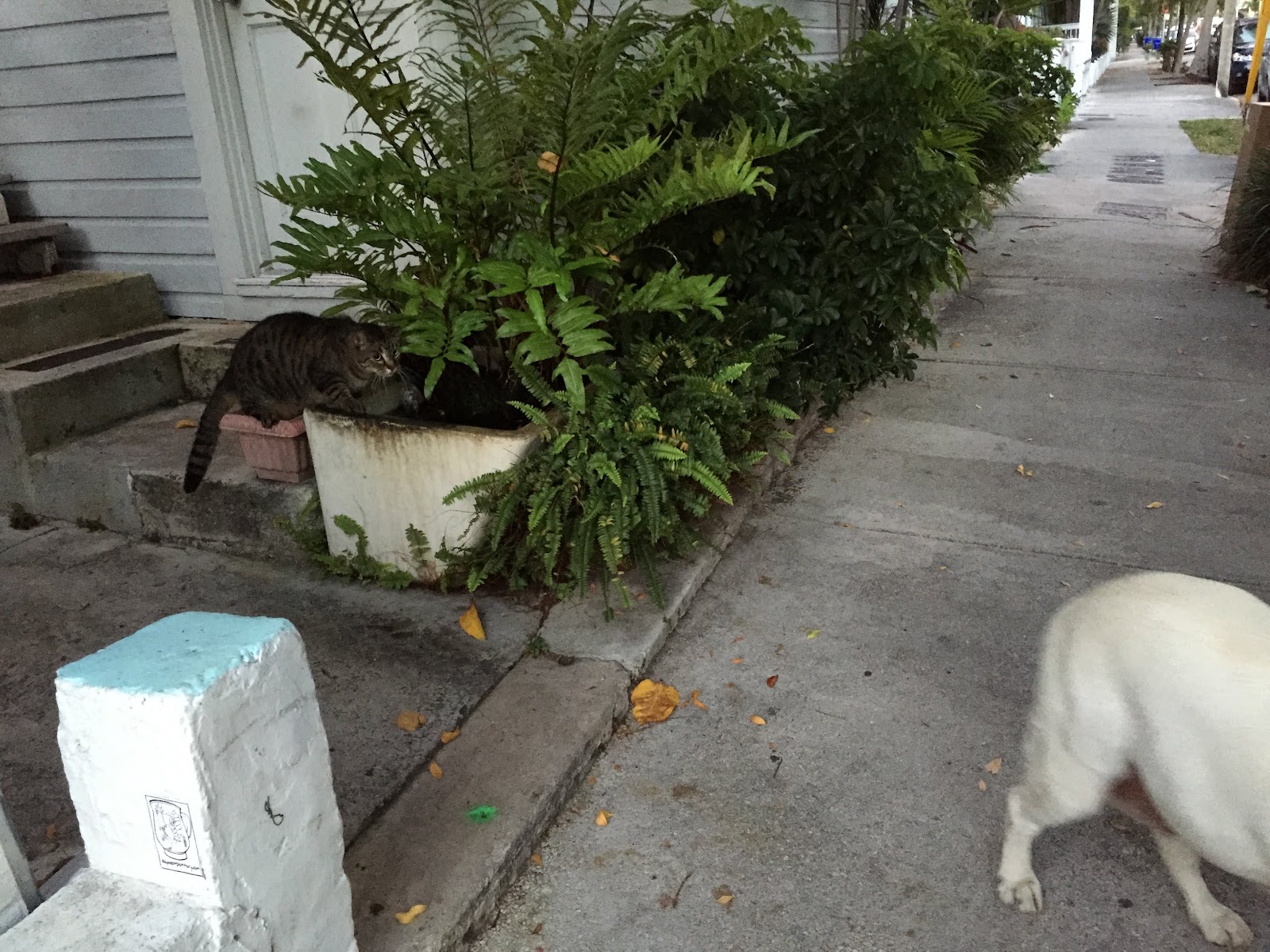 Meanwhile the views are excellent, and some timeless monuments stand out, untouched and reassuring. Like the Eden House: 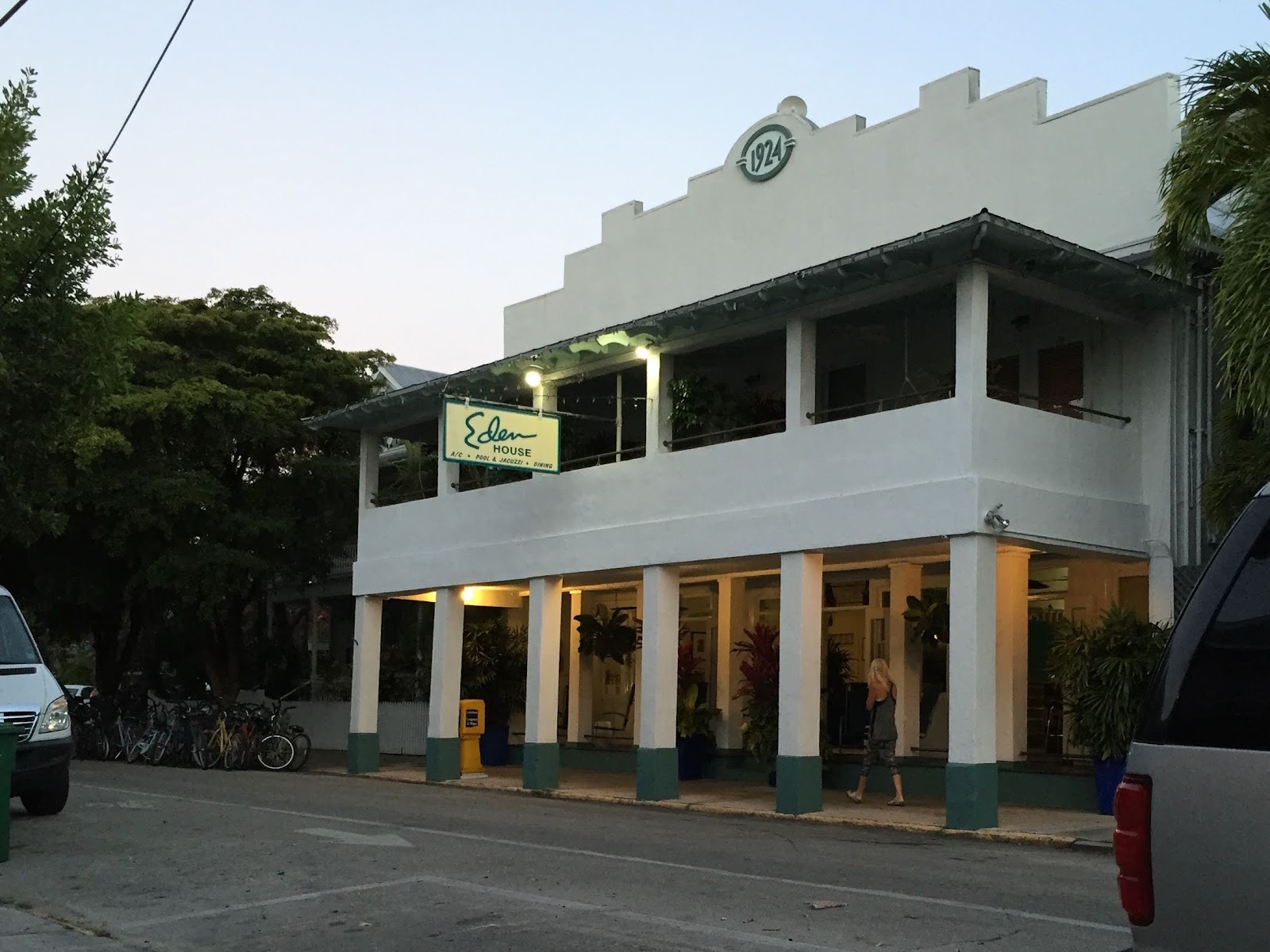 Long Live Key West. In whatever guise.
Posted by Conchscooter at 12:00 AM 5 comments: