Cruise ships have been keeping a low profile lately in Key West after a few years of grumbling. There were plans to widen and deepen the approach channel to Key West harbor to allow the very largest ships to dock but opposition caused a change of mind and we are hosting ships up to about a thousand feet in length these days. 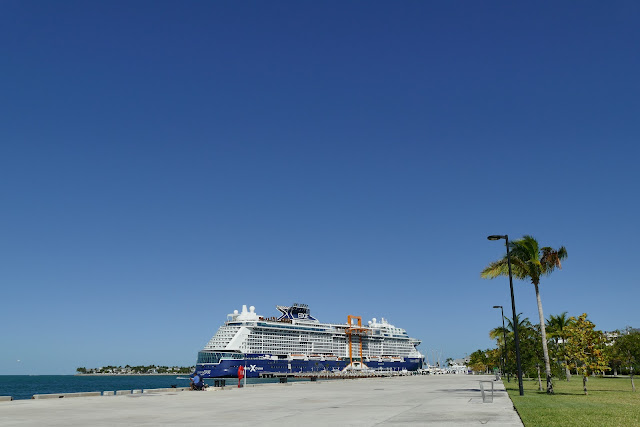 There are three docks for them. The small one at Mallory Square where they block the sunset if they overstay. The other dock is the Navy pier known as the Outer Mole where the pier sticks out and creates a basin of protected water behind it. The Outer Mole is a long way from the flesh pots of Duval Street so the city pays the trolley people half a million dollars as  I recall, every year to ferry the passengers back and forth. 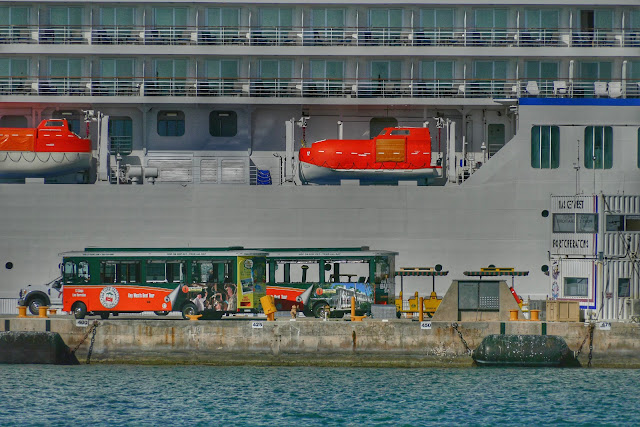 The third dock is at the Margaritaville Resort which has the benefit of allowing people easy foot access to the heart of ye olde quainte Key West but because the city sold the dock to the hotel owners they get the lion's share of the landing fees. 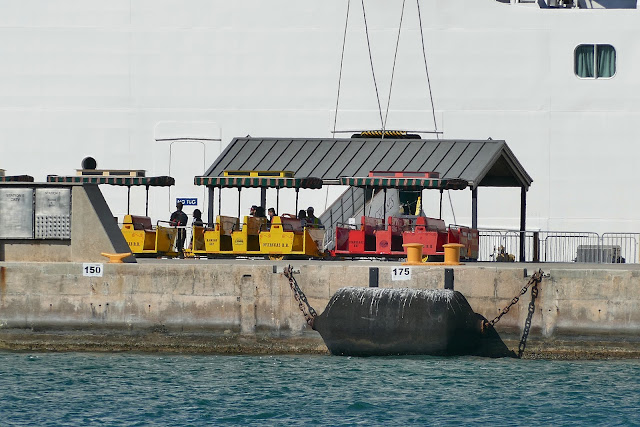 I saw a photo a few years back juxtaposing the profile of the Titanic against one of these medium large cruise ships. It was shocking how small it was and how ugly these floating hotels have come to be, compared to the elegant lines of steamers a hundred years ago. The cement dock below is the Inner Mole and the dark water between is the Navy Basin enclosed by the Outer Mole to which the ship is moored. 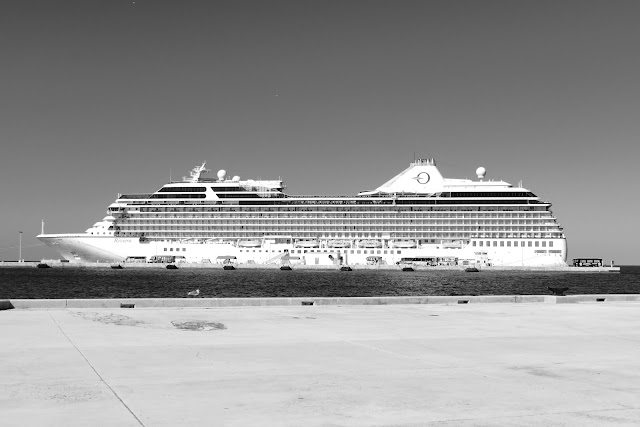 If you walk to the very end of Front Street the Margaritaville Resort is to your right and left and the docks called mysteriously "Pier B" is dead ahead. The city sold the original hotel people, the Hilton of course franchised to the Walsh conglomerate the land and the island now known as Sunset Key, with the docks for eleven million paltry dollars. It was a long time ago but it was not a smart deal compared to the Key West Bight where the land is rented and produces annual income. 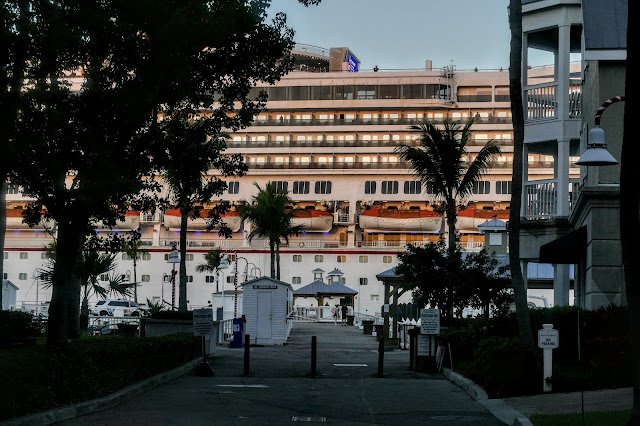 Not everyone hurries to come ashore but those that do spend money mostly on Lower Duval so from time to time merchants on the rest of the street petition for action to spread the foot traffic wealth their way as well. No one has figured out how just yet. Maybe one day. 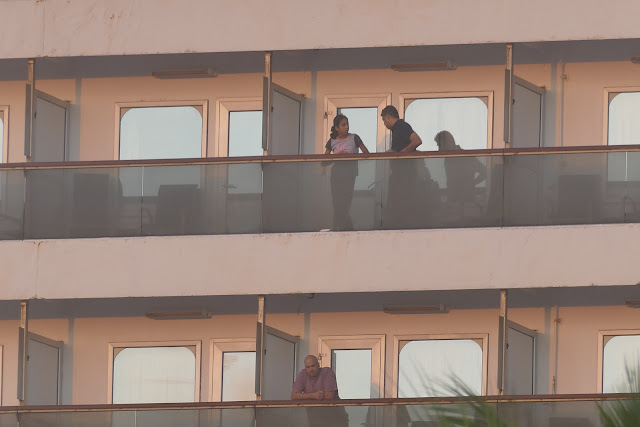 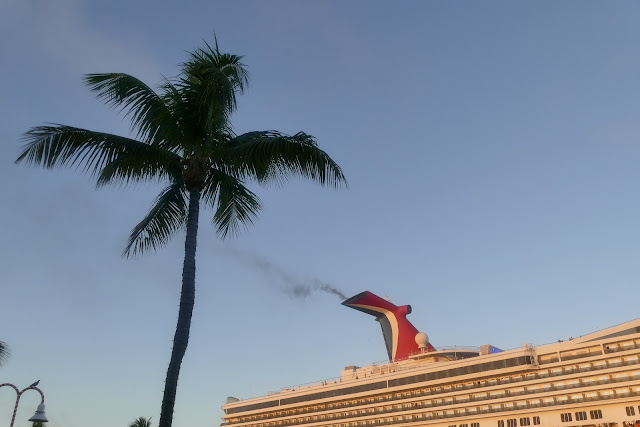 As to whether or not this is the finest way to see the world that is a choice best left to the people buying passage. Next stop Mexico or Jamaica or the Bahamas...
Posted by Conchscooter at 12:00 AM No comments: