A friend of mine wants to publish a collection of photos of Key West warts and all. Mallory Square epitomizes the challenge that faces a city that welcomes two and a half million visitors a year to a climate that accommodates al fresco living year round. 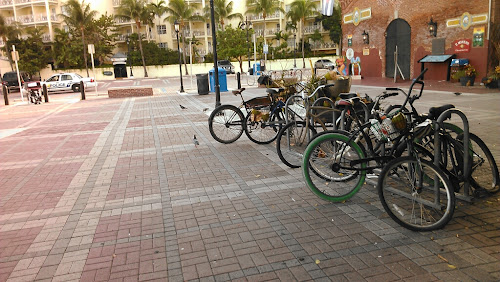 The end of the day will see throngs of people ready to tip performers and shop at the mobile vendor stalls that set up here to take advantage of the sunset celebration tradition. Meanwhile it is a constitutionally protected public space. 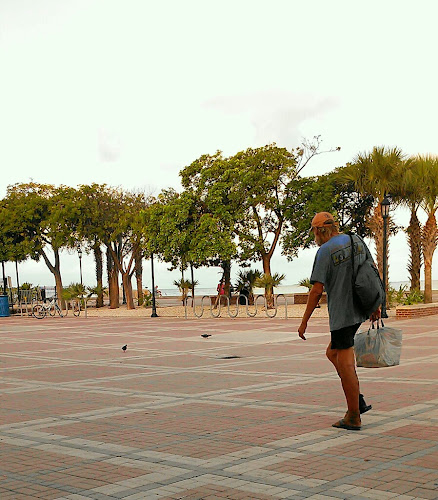 Mallory Square also welcomes dozens of cruise ships, smaller ones dock right here, full sized ones dock a short walk away at the Westin Pier B. On the top deck I could see small human heads bobbing rhythmically into view and out of sight as the cocooned passengers took their exercise, quite properly considering the emphasis on food onboard. 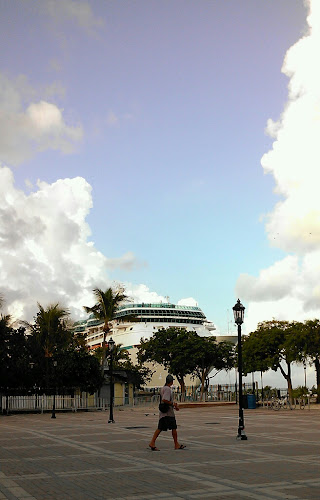 A few hardy souls were busy exploring the waterfront in their brightly colored gear, reminding the wrecks of Mallory Square that we all start out in life hoping for the best. Stephen Mallory after whom this space is named was a rising political star until he decided to become the Secretary of the Navy in the doomed Confederacy. I dare say he dreamed a different dream for himself. 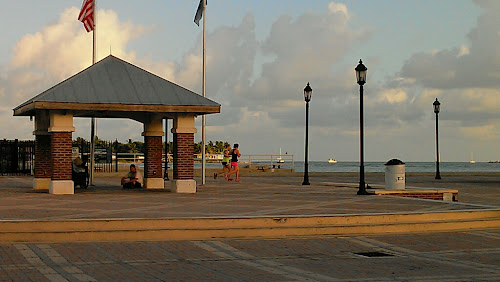 Dreams get deferred, then defeated sometimes. 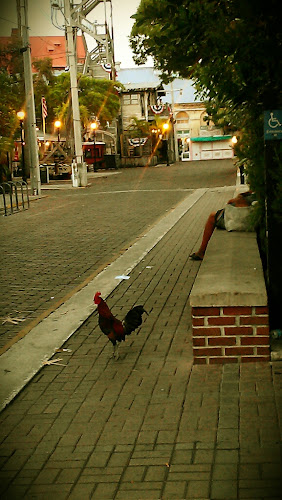 Paradise is an unmolested nap on a bench. A modest enough goal, I suppose. 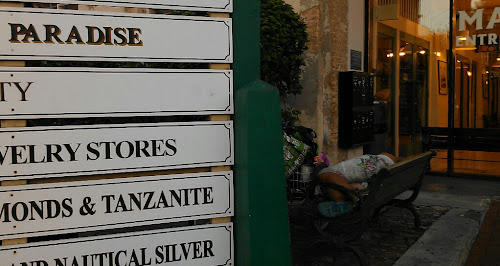 Do something the middle class burghers tell the city. What exactly? Is the confused reply. The War on Poverty suffered from battle fatigue to be replaced by other sexier wars and so our mentally deranged drift around Key West to universal disapproval. You've got to be tough to be destitute: keep working and doing as you're told good burghers else you'll end up like this, is the burden of the message these wrecks carry on their hopeless shoulders.