Duval Street As Was

I happened upon this essay and thought to myself that looks like Duval Street as it used to be, quite the archival document. Actually no, it was just six months before the pandemic lockdowns started...but what a  difference! I thought it might be worth a look back in the hope we might see a return to normal this next winter..? Please note businesses have changed since I posted this essay almost 18 momentous months ago...And also note that  the city has now hired a consulting company to modernize Duval Street to predictable howls of protest. Apparently not everyone noticed the platform the Mayor ran on when she got re-elected recently with 60% of the vote. The changes will undoubtedly follow in the fullness of time.

Let's be honest this is not my usual habitat and furthermore allow me to point out I know several people who live in Key West and who actively avoid Duval Street. I don't go that far as I enjoy wandering the street from time to time but hanging in the famous bars downtown is not my bag. 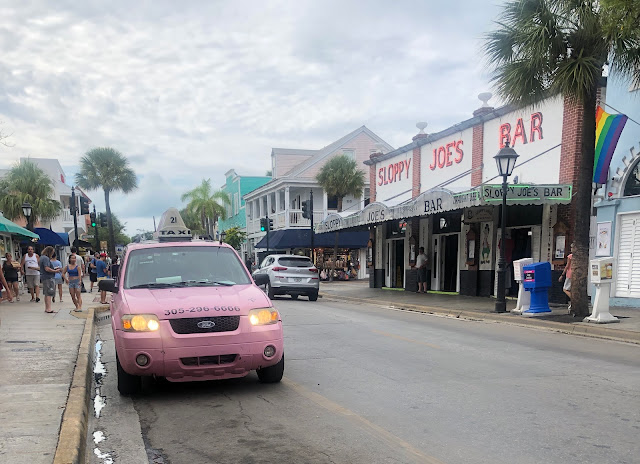 But I do understand these are the haunts that inspire many people to come to Key West. Sloppy Joe's and Ricks across from each other propel the dreams of many visitors. 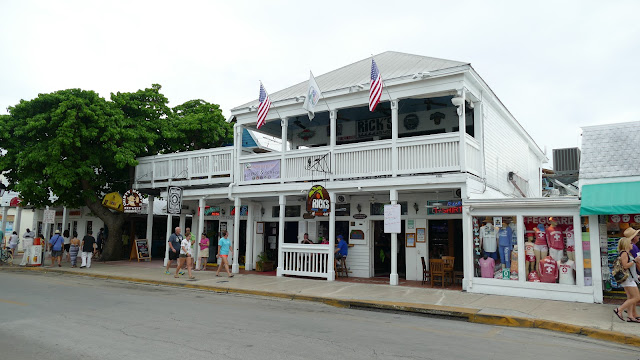 The Bull and Whistle is close by with the clothing optional Garden of Eden on the roof. And apparently scofflaws skate boarding in the street. Mind you there was no traffic in that moment so I think a skateboard was a pretty effective way to get around. 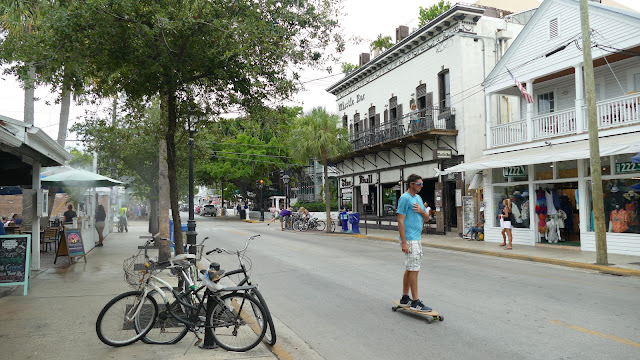 Shorty's Market is the phenomenon that astonishes me. Its just a  basic convenience store with some souvenir stuff for sale and survives and thrives in the midst of the wandering crowds and the bars. 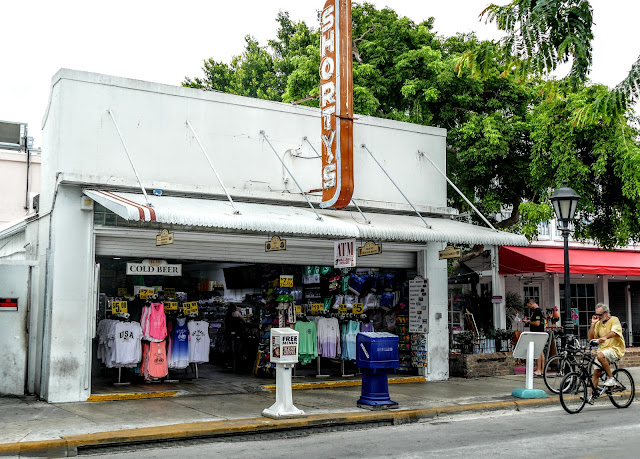 I confess that seeing an electric powered delivery scooter surprised me. These electric Zapp scooters have been available for rent though the rental companies got up in arms when the newly arrived green electric tricycles started to get some business. I haven't seen so many Zapps around since then. 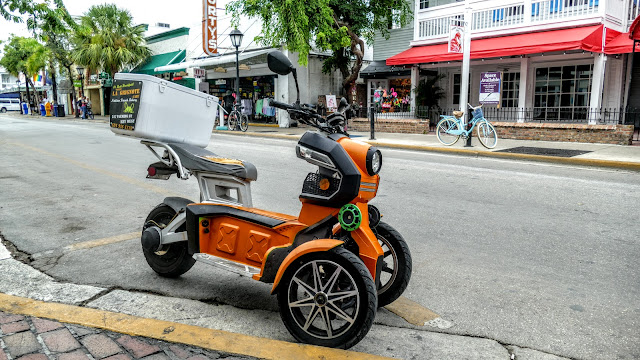 The Abbey is a new bar opened at the site of the former Porch in the Porter Building on Caroline. I liked the combination of the private property sign and the welcoming board behind it...Key West and its mixed messages! 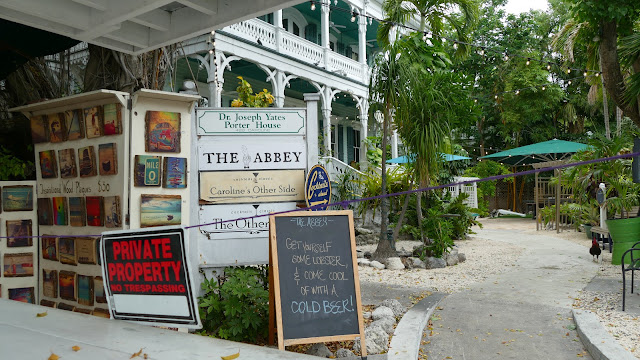 I believe the Abbey is part of the Fogarty's and Caroline's group. 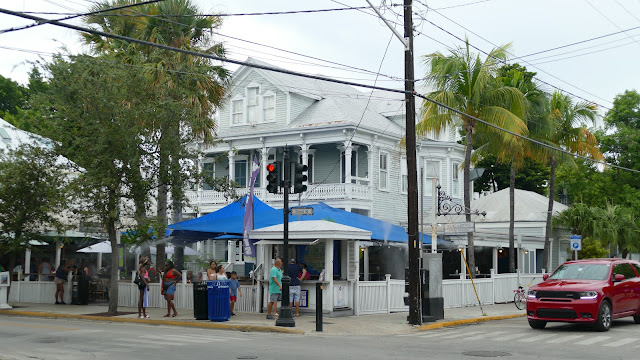 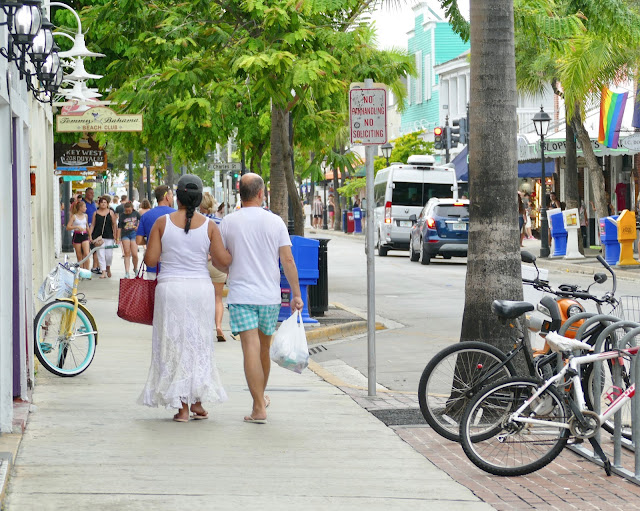 Lucy's has migrated successfully from the old Finnegan's Wake location on James Street to tourist central on Duval: 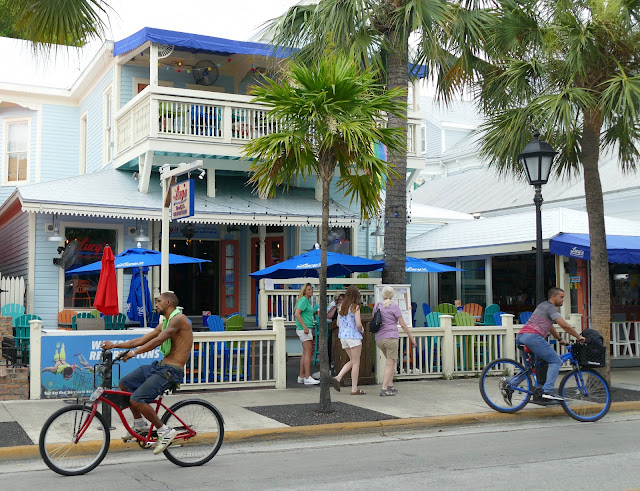 And Captain Tony's soldiers on just off Duval on Greene Street: 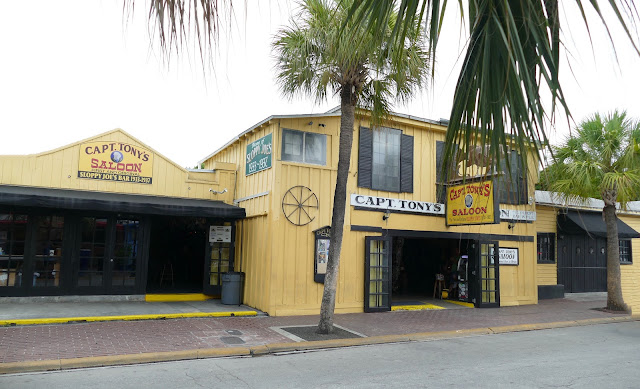 Greene Street named for Pardon Greene one of the four Americans who bought Key West from Juan Salas who got the land grant from the King of Spain. 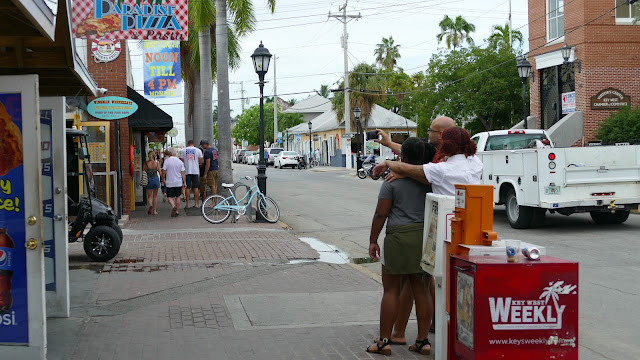 John Whitehead, John Fleeming and John Simonton where the other three partners none of whom ever visited the island as far as is known. But they did get streets named for them. Salas tried to double sell Key West but his sale to John Strong was invalidated by the US courts later. All these johns must have been confusing even back then. Key West was chartered on November 18th 1828. And now anonymous bike riders use their phones while riding and put their own bones at risk. 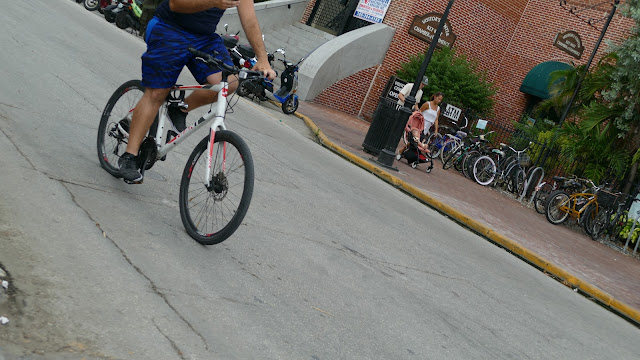 I stopped on my way out of Old Town on Fleming Street ( the modern spelling of John Fleeming) to take a picture of the Southernmost Prayer and Faith Church with my  scooter, now sold. The Suzuki  Burgman 200 has gone to a good home! 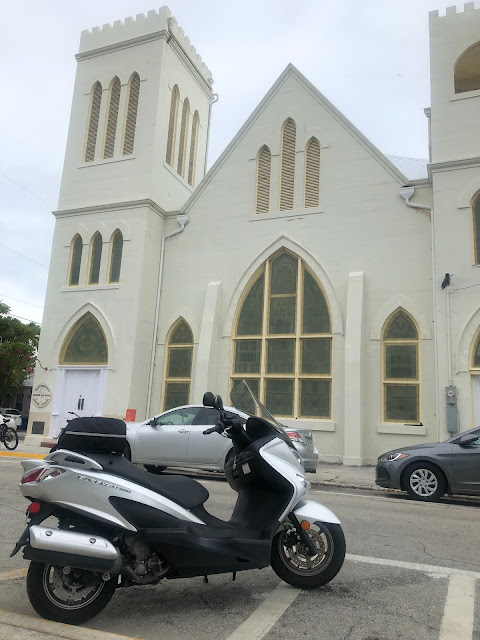