George is in Key West visiting from his home in Czechia so we had lunch. I took the reins and suggested we try someplace new.  I had heard Bagatelle on the one hundred block of Duval Street was doing well so George seconded my choice and there we were one sunny afternoon. 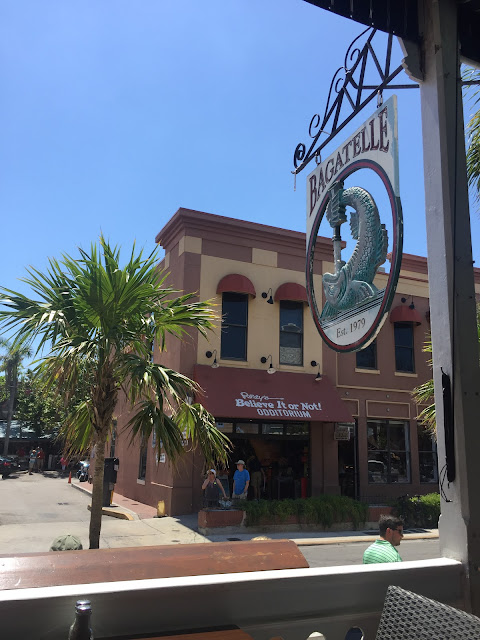 The Bohemian from Bohemia in our little bohemian town: 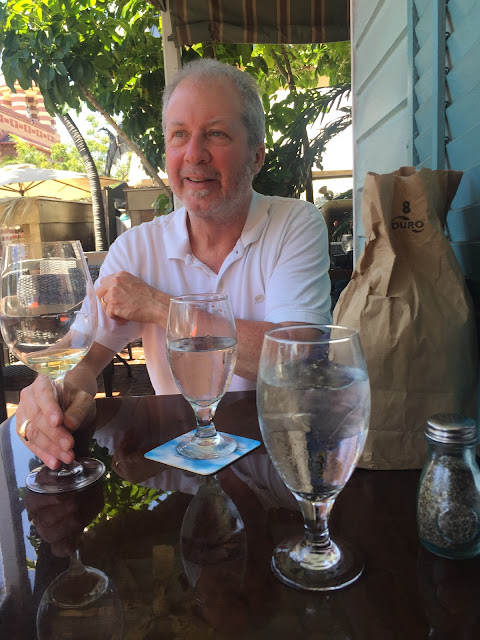 He had lobster Texas toast.... 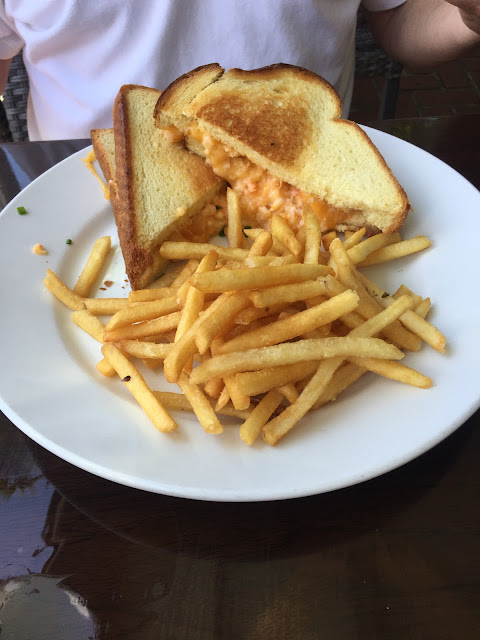 ...I tried lobster mac and cheese: 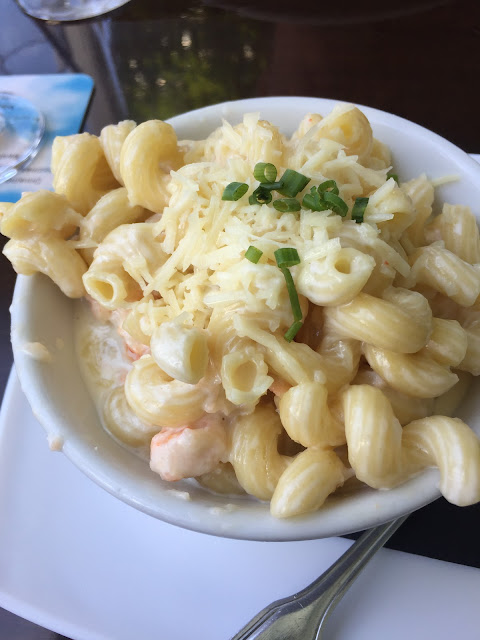 I'm not sure why I went to mac and cheese but I do have that sweet tooth affliction and coffee and banana bread pudding (two spoons, one lightly used) sent  the modest meal over the top. A bit. 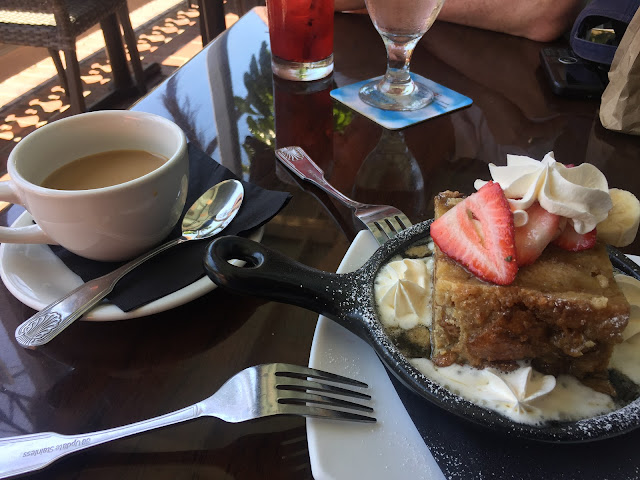 George settled in Prague after the Berlin Wall came down and by now speaks fluent Czech which means waiters in this town get a pleasant surprise when he breaks out into their home language. This guy is from a town called Most near Germany, apparently a formerly thriving industrial center. Now you know. 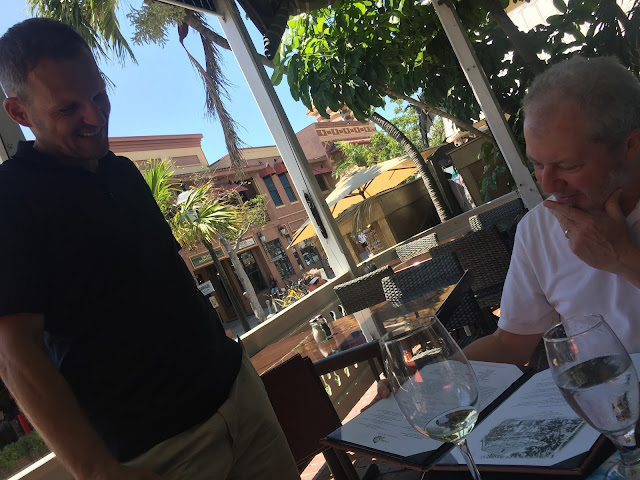 We talked politics for a while Hungarian and US. Hungary has voted a third term, by a wide margin to a nationalist president who is fond of nothing much European, objecting to immigrants and the European Union in equal measure. 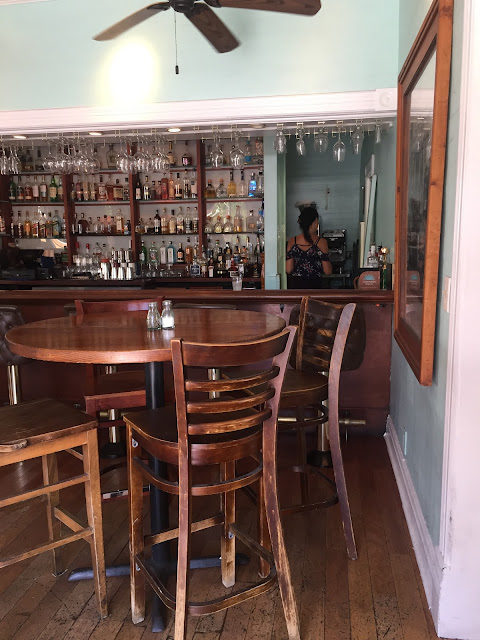 It's the sort of political shake up that sends vibes around the world when the president in question leads a  large economy like the US. In the case of a country the size of Hungary such rhetoric mostly isn't heard outside the immediate region. 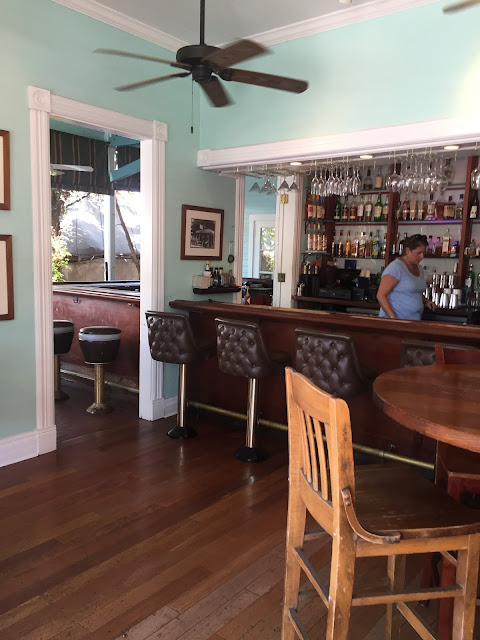 I have been pondering my retirement choices and we discussed those for a while, as I close in on my last three years in Key West (I hope). Hurricane Irma didn't help by driving out many marginal working class people from the Lower Keys, but the inexorable process of gentrification takes a lot of the joy out of living here. I like so many find myself working too much, filling in for absent colleagues who have quit and left Key West, and with the prospect of another dispatcher leaving in a month I wonder how many hours I will have to work.I see a summer ahead of more overtime than I want and not much time away. Retirement is alluring. 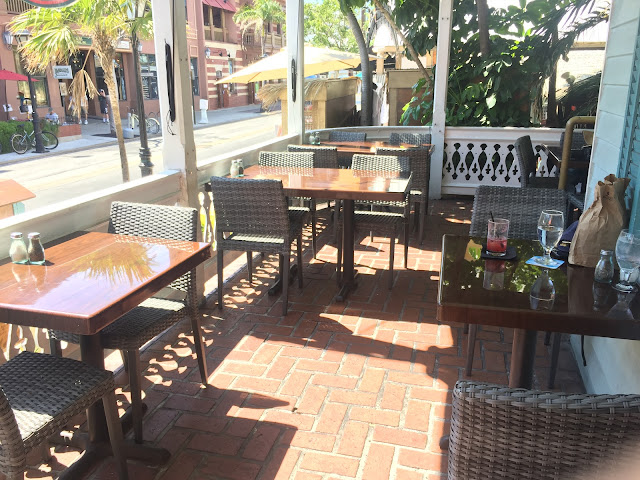 I wonder how I will cope with normal weather, gray skies rain and cold, and George's stories of harsh central european winters are a brisk reminder why people with money buy space on this small lump of  rock. I will have some adjusting to do wherever I end up. I feel obliged to live mindfully, more so than ever because I don't want to look back and have any regrets about not doing what I wanted to do while I lived here. The absurd costs of living here, the endlessly long road to drive anywhere fresh and interesting and the general lack of amenity in this tiny place demand a fresh start for the final phase of my life. As odd as it may sound living on a small island is not for me, though what is the right place for me in retirement I am not yet sure.Wherever it is it will need more than one road in and out and a chance for interesting driving to compelling destinations and more to do with unstructured days than to drink or fish. 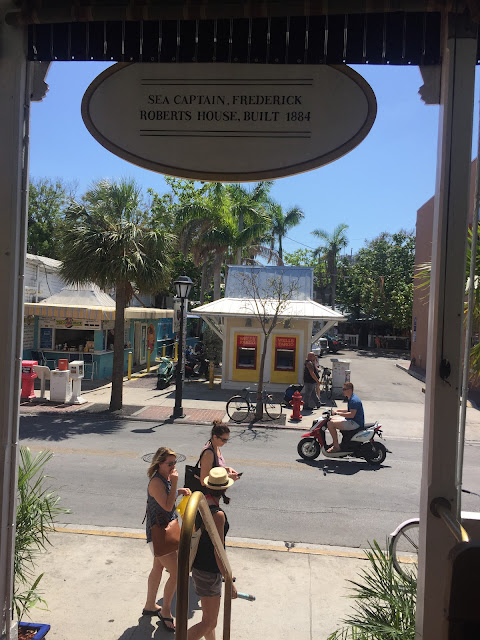 Some people do not much enjoy endless summers. I am all for them and I wish George good luck back in Bohemia, a place I remember fondly from a long car trip I took there in 1995 but which gets cold quite a lot of the time.. 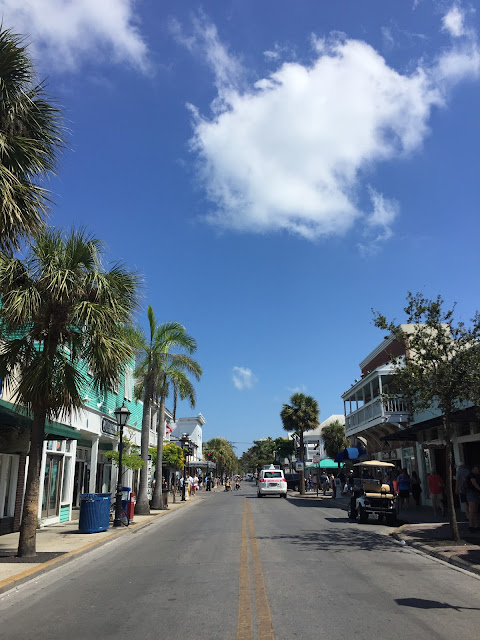 Personally i don't mind endless sunshine at all.
Posted by Conchscooter at 12:00 AM 6 comments: