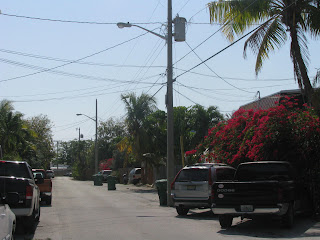 I have previously wandered Smurf Village with my camera but Harriet Street deserves a second look all on it's own. 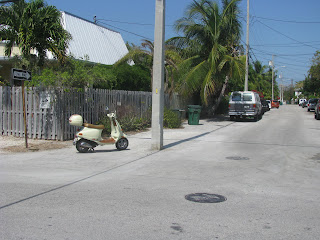 At first glance it's just another New Town Lane, hidden from Flagler Avenue, the main four lane street in this the eastern end of key West. 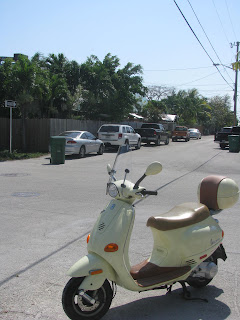 Yet it's a street with a couple of little oddities that I like. So I took my wife's Vespa ET4 for an outing and enjoyed a meander on Harriet Street. The first odd thing about Harriet is that is a very out of place jog at one end. In New Town, an area built up heavily in the sixties when conformity and trigonometry seemed to rule Key West's urban planning, a street with a weird angle is out of place. 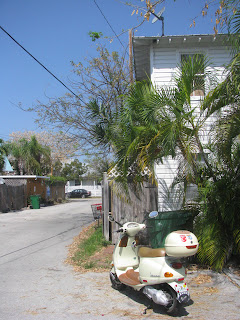 The large two story house that forces the angle in Harriet's course, marks the end of the Smurf Village development. You won't find Smurf Village on a map, because it's a local nickname given to the collection of quad-plexes that in some people's minds resemble the homes of the cartoon characters known as Smurfs: 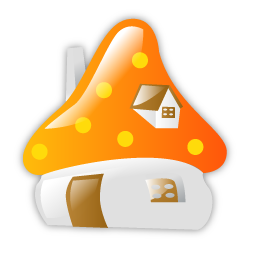 You can see their point: 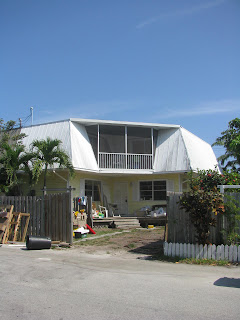 The duplexes follow the same basic back-to-back layout but their owners have taken pains to decorate them to their tastes: 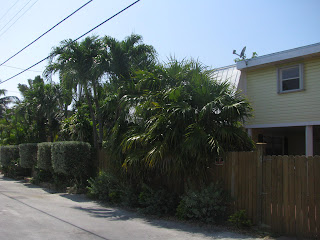 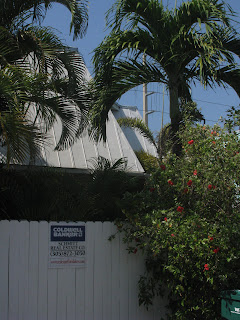 According to a friend of mine who bought a home in Smurf Village, this is an area of key West that has been hard hit by foreclosures, and some of the less well maintained homes are on offer for lower prices than one might expect. I saw one for sale by owner asking $203,000. Which may seem a lot for half a duplex that needs some work, but these places were selling for up to half a million before the housing crash. The problem now is that those bought as investment properties and rented out, are shuttered and temporarily abandoned by the banks who now own them outright and don't want to deal with renters. Judging by the state of the pool this might be one such: 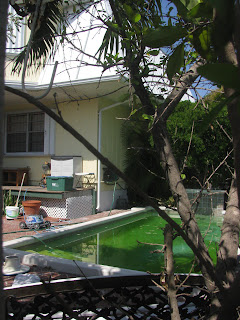 Most of the homes are still occupied and treasured, and even in a neighborhood with a few empty homes Key West isn't the sort of town where feral urban decay takes over, happily: 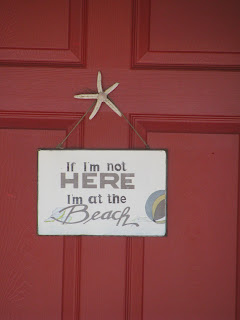 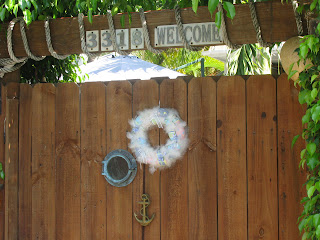 I spotted this well used Tomos moped, a true moped with functioning pedals, and as I stood there taking the picture the owner came out and growled at me rather suspiciously: "Can I help you?" in that tone of voice that means: "What the @#$%! are you doing?" So I showed him the picture and he agreed it was as pretty as a ...picture. "I'm going to have to take a photo of it like that," he said, though he declined to pose with his pride and joy. 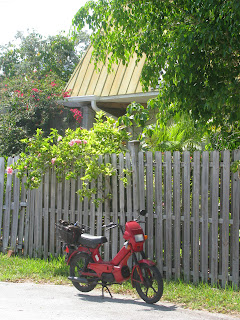 He waved a cheery good bye after admiring my wife's Vespa, "You can't pedal that," was his parting shot as he turned left on 16th Street. I was continuing straight across to my other favorite part of Harriet: 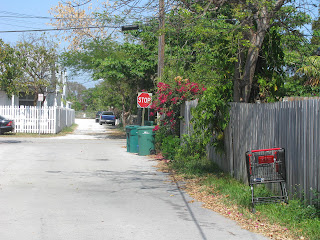 I'm not sure this is really part of Harriet at all, and on the maps it isn't but as an alley it makes a fine adjunct to the street: 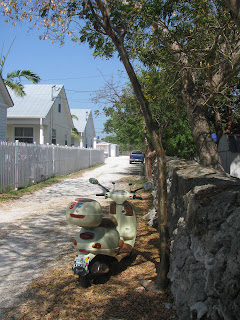 Until you skid along the gravel far enough to come out behind Poinciana Plaza which faces Duck Avenue. In the back it's all blank delivery doors and loading ramps: 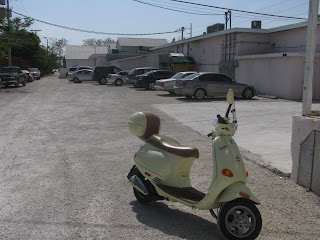 This is the front of the Plaza, the respectable facade wherein works my chiropractor: 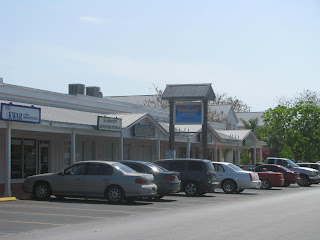 And just off to the end , which cannot by any stretch be called "part of" Harriet Street is the old Holsum Bread bakery. Long since shuttered, this store used to offer day-old bread at knock down prices which helped more than a few people stretch their dollars: 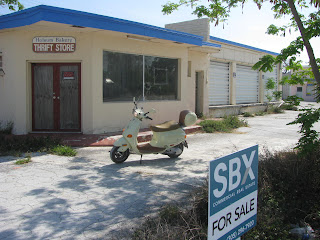 Now the Spottswood Real Estate Empire is offering it for sale. Funny isn't it. how Key West, so cramped has all these useful open blocks of land available for sale?
.
Returning to Duck Avenue I captured just another couple of images of the front of Poinciana Plaza and the wild terrible creature of the day: 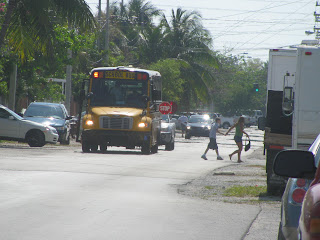 No, not a snotty nosed school child though that would be bad enough, but a dragon: 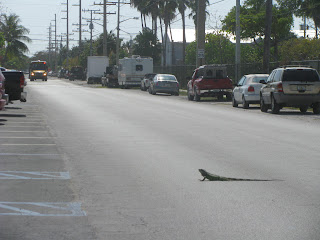 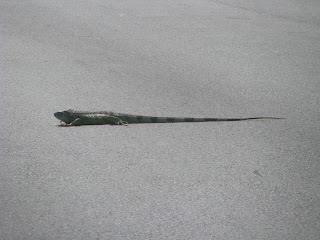 This demented dinosaur (and noted garden pest) stuck it's head down as though no one would notice it, sunning itself on the hot asphalt. I figured the school bus driver wasn't going to make any bones about running it over, so for my good deed of this day, I rode the Vespa close enough that the startled lizard picked itself up and scuttled off the street. I shall probably rue this decision the next time one of these brutes decimates my ripe strawberries but I am weak, what can I say?