What A Funny Old Life I Found

My latest visit to my Big Pine hair clipper was of no great note, a quiet afternoon when I expected to be in and out in a jiffy. Instead this little kid was in the chair in front of me and boy was he exacting. He wanted more here and less there and on and on and on. Even his mother got tired of his pretensions. I dread to think what kind of fashion maven he's growing into. On the other hand maybe all modern kids are like that. I hope he tipped well; I did. 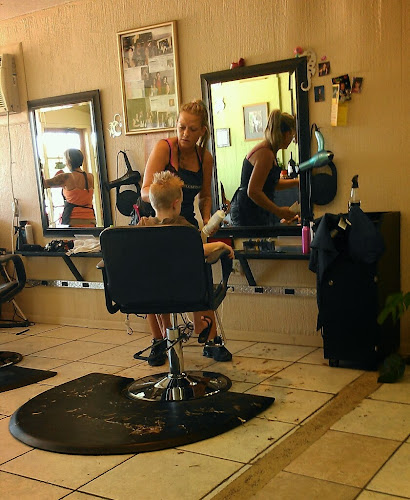 I never gave much of a toss about my hair style and even now I tell the cutter to clip round the ears and make me respectable and those are the extent of my instructions. Leave the beard alone I say now after suffering some major clipping. I aspire to look like Rasputin below the chin...but I do have clippers at home to help keep the professional beard rippers at bay. 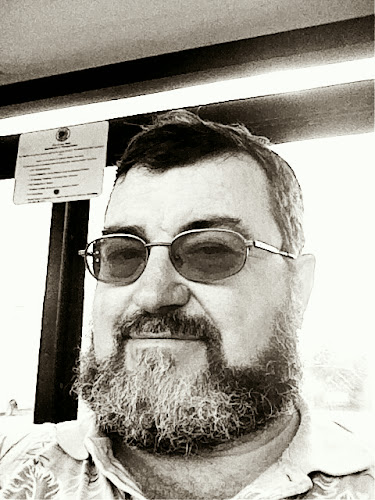 My boss says I should be going back to night shift in late February- probably- and I miss working nights but we are doing good work training on days in a special new schedule I and my boss dreamed up. Having dreamed it up she anointed me to implement our first training program on the new regime and here I am still working during daylight hours in the 911 center. Belen was waving hi! while her sister-in-law Nelly was looking pensive. Don't be fooled they are tough opinionated Cuban women and they keep me toeing the line obediently. 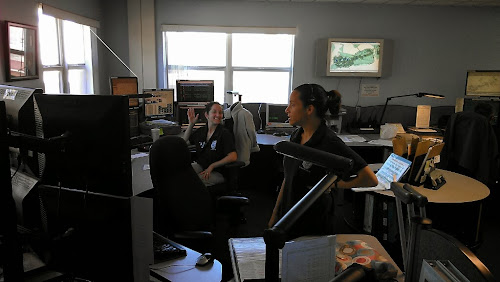 The advantage of working days is I get to take walks during daylight and maybe do a little light shopping on my lunch breaks. I also get to be in town in the evening after work if I can bring myself not to hurry home to my dog 27 miles away. I saw this realtor's sign and got a kick out of the weed filled landscaping combined with the sign offering the "finest real estate. " Marketing hyperbole as usual, and I'm tired of it all. 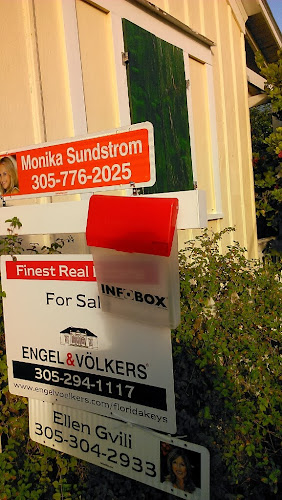 I found out what Waste Management does when they come across a recycling bin filled with trash. They put a polite note on the bin and try to educate the owner. Fat chance. I saw my friends Robert and Dolly had bought a big blue recycling bin for use in their home in the county and I decided to do the same so now we have a 45 Gallon bin and we seem to be filling it easily for weekly pick up. Our trash output is minuscule by comparison. 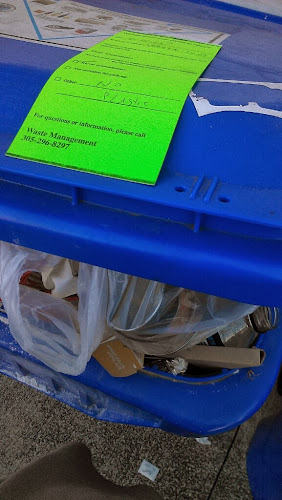 I love these old fashioned signs "Tag Applied For" like they are fooling anyone. If you don't have a tag it can't be on the road if it is supposed to have one and if you really have applied for a tag they will pass it over the counter to you when you pay for it. 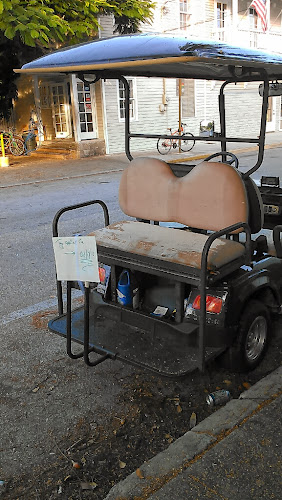 Here's another one. I'm a non smoker but anyone who thinks a Key Lime Pie flavored cigar sounds good should be one too. Grotesque. 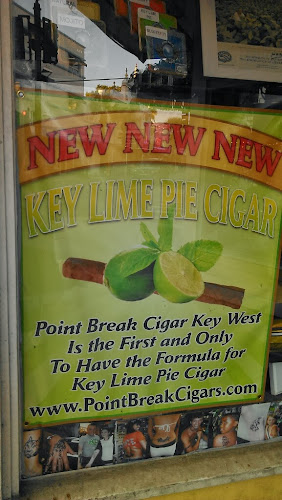 We saw two movies at the Key West Film festival and they were both monumental downers. In Big Sur Jack Kerouac went through a ghastly depression and all the interesting people he knew in his life were kept at arm's length making the movie a depressive monologue under the dripping redwoods and above crashing ocean waves all under foggy skies. The last time I rode Big Sur it was summer and I froze my ass off from Carpinteria to Carmel even though my Yamaha 650 Maxim was equipped with a full Vetter fairing, so my love affair with Big Sur is a mixed memory. Oh and monstrously priced hamburgers at the Nepenthe restaurant. No wonder Kerouac was depressed. We walked out before the end, else we'd have slit our wrists. 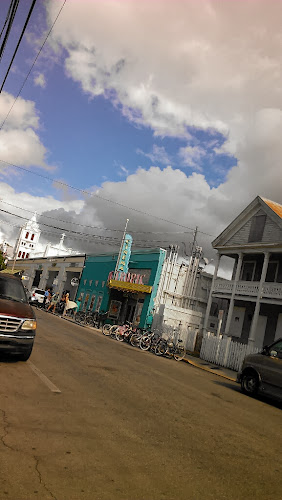 Then we went back to the Tropic Cinema to see August: Osage County a two hour epic of women screaming at each other and everyone incestuously chewing each other to pieces in a giant old suffocating farmhouse, set in Armpit Oklahoma. All I could tell my wife as we left the screening at the end was that my family wasn't as bad but they were real while those harridans on screen were at least fictional.

I really like my old age in this crazy town a mixture of culture, madness, sunlight and heat. What a brew.