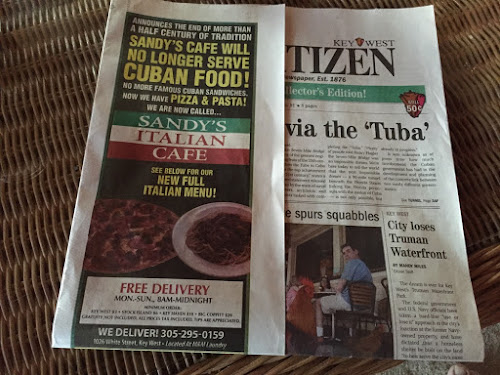 This is the time of year I love our local paper more than usual. We are privileged to have a real daily paper in such a small town, locally owned and published daily. 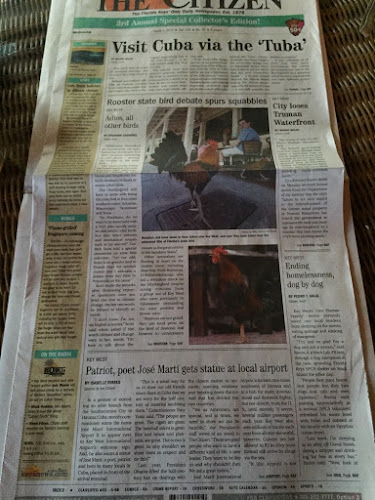 Sure the Citizen pisses me off from time to time but mostly by sins of omission which I have come to accept as necessary considering the power structure in this small community. 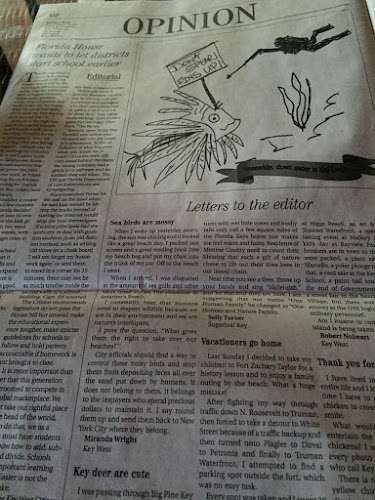 But April 1 has become a day I look forward to, no longer impelled myself to figure out a joke story. I bow to the masters. 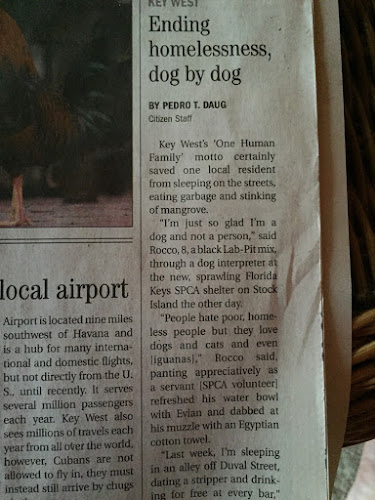 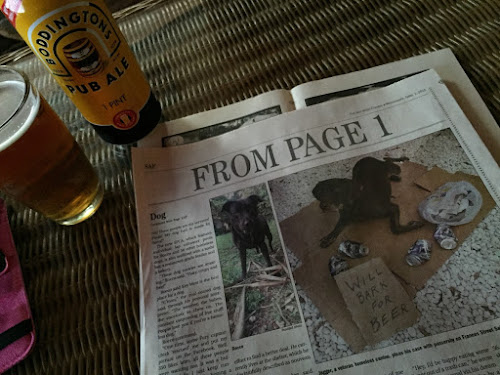 Don't you wish you had a daily like this thrown in your drive at three in the morning every day?

Posted with Blogsy
Posted by Conchscooter at 6:58 PM 3 comments:

To accentuate the exotic nature of Life in the Keys much is made in the tourist literature that Havana, capital of the Godless Communists is closer to Key West than the nearest Wal-Mart, leading light of the slave wage mentality of God Centered Capitalism. That edge-of-the-known-world status is now slipping away into the realm of The Good Old Days. 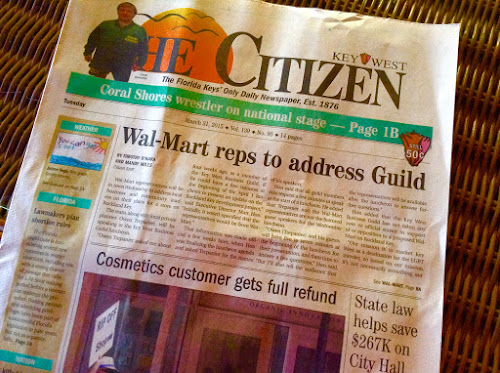 This huge project is grounded in irony, not least the fact that Wal-Mart representatives have chosen to present themselves for questioning to members of the Key West Business Guild, known in local shorthand as the "Gay Chamber Of Commerce." Yes, Toto we are decidedly not in Indiana here and now! And no, this is not an April Fool's story if the newspaper is to be believed. Malls across America are dying but the Keys always ready to march to the beat of a different drummer are ready to expand the ugly shopping center concept. 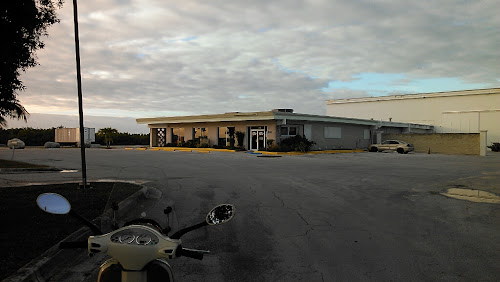 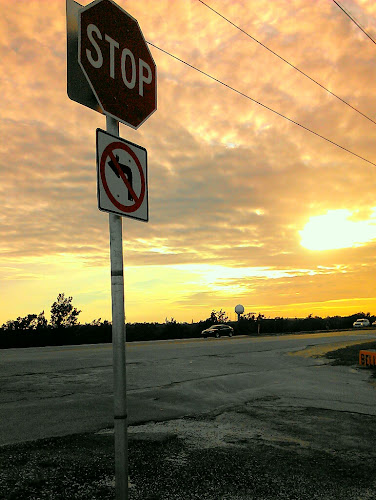 There is plenty of debate about the future of the Keys, and now that this is out in the open it will get louder for a while I'm sure. Wal-Mart combined with online ordering won't help small town retailing, and my wife who hates Wal-Mart's wage policies happily depends on Amazon who are if anything worse In the happy realm of unpaid overtime and worker abuse. Shopping locally requires dealing with local workers who are also paid poorly in an economy geared always more strictly to serve the wealthy. Resentment is expressed through indifferent service. Community leaders follow instead of leading so the spiral tightens. 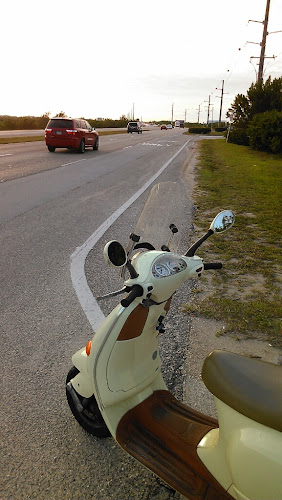 It is at this point one is supposed to offer a solution, a magical machine from the wings bearing a god ready to alter the plot and restore balance. But the deus ex macchina in this situation doesn't exist. Last Stand, Reef Relief and Glee are all Eco- organizations who depend on local wealth for their place in the sun. Don't expect resistance from the lap dogs of the elite. None of us who work to keep a fingernail hold on these rocks resist. You just ride the wave of money drenching the Keys and hope it's not your day to be washed off and stranded by the tide of poverty in the cold suburbia Up North. Let those with clout debate the merit of limitless development, let the historians note the failure of unbridled growth to create general prosperity...For those of us living on the margins it's enough not to be washed away today. Tomorrow? Who knows...