Art At The Tropic: Passion Wallflowers

If you go to the Tropic Cinema you can expect to find some interesting artwork on display from time to time. This I was not expecting: 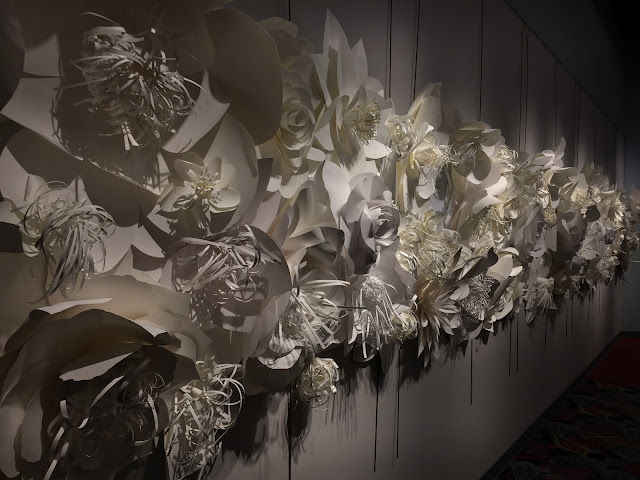 A massively intricate display of cut paper flowers, so abundant there was apparently a little left over: 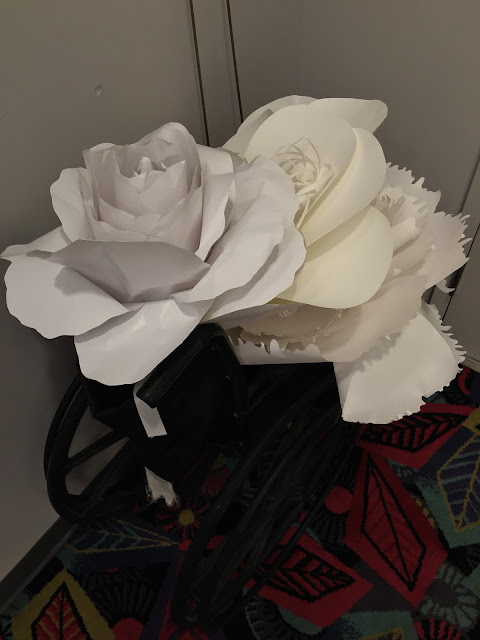 From the Tropic webpage on the subject of tranquility and inner peace per the artist who says paper flowers remind her of her childhood in Lithuania where she recovered from a childhood injury making paper flowers as part of her therapy. 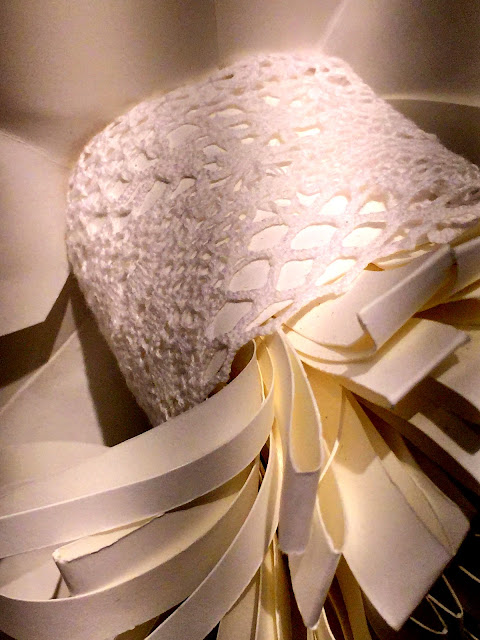 Apparently too the artist reverts to paper flower making in times of sadness as she did when her mother died. 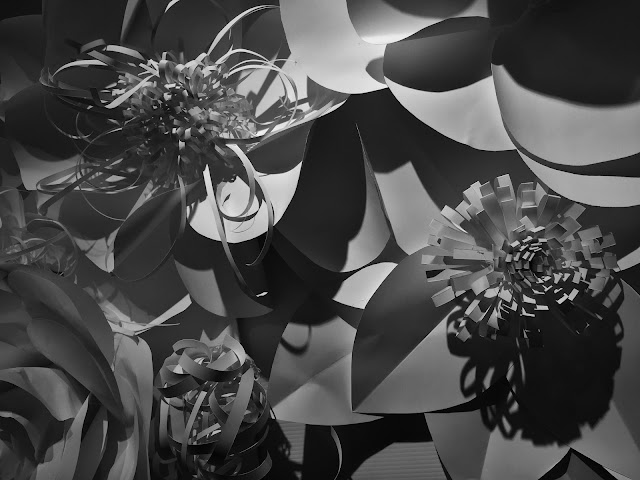 Quite beautiful. Though one is forced to ponder what prompted an entire wall of paper flowers. 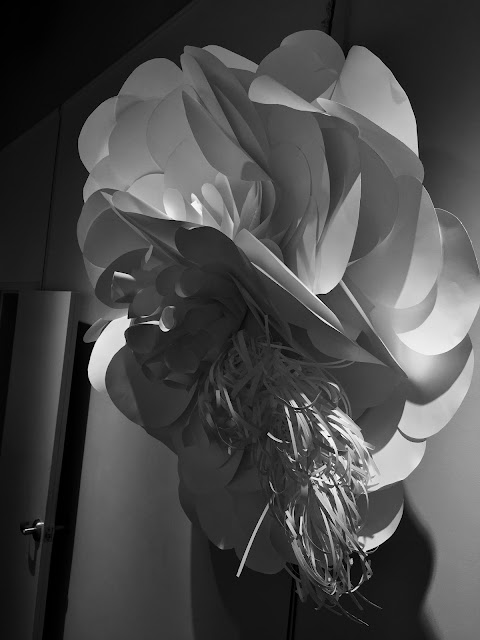 The exhibit area is known as the Gallery at the Tropic... 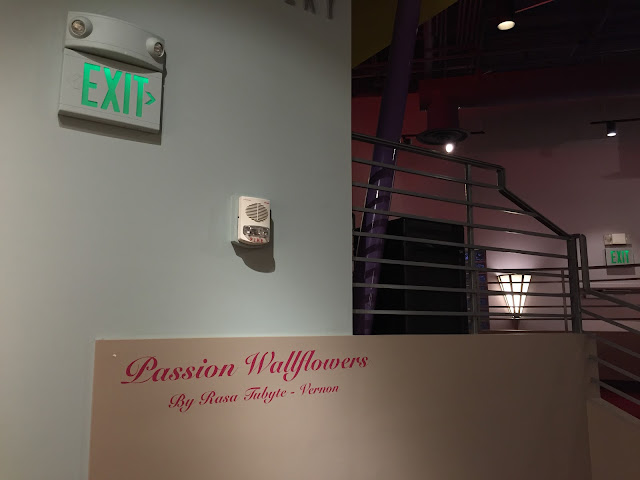 ...an imaginative use of a hall way off to the side of the main screening theater. 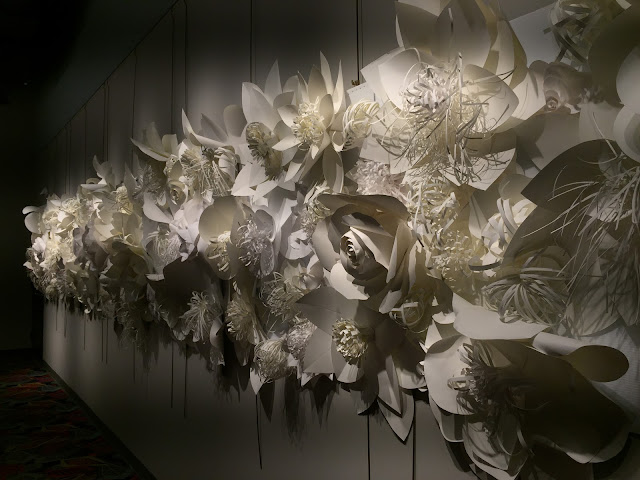 It's actually quite the contemplative space when the lobby of the theater isn't jammed with people. 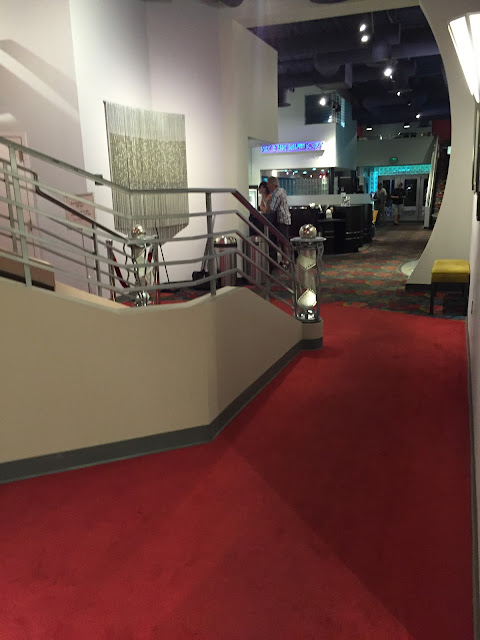 I managed to find a page online put up by the artist responsible for the flowers and it's worth a look as she makes some pretty wild face paintings. 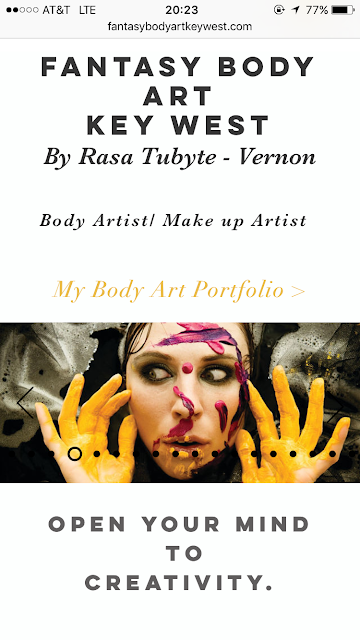 The evening was concluding for my wife and I with a screening of the new Beatles movie by director Ron Howard. It's a documentary about the early years of the Beatles when they went around the world performing live, before they got burned out on the crowds and the controversy of speaking extemporaneously to people who took them too seriously. It was not a well attended screening on a rainy night in low season. It deserved better. 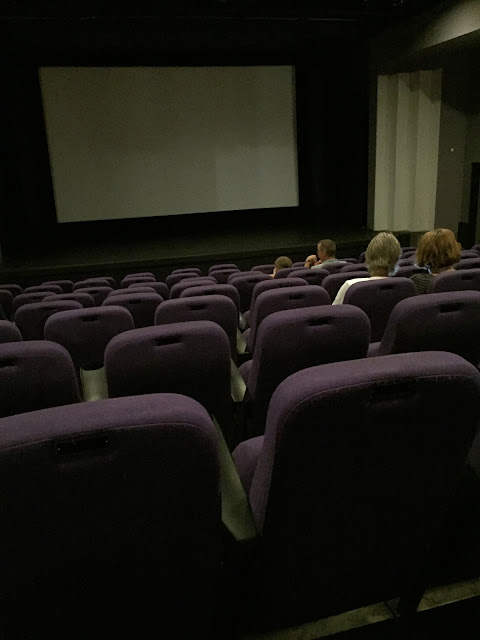 The lives of the Beatles could never be summarized in one movie so one has to accept that aspects had to be ditched to make a coherent story focused on the live performances. The story showed brilliantly clearly how smart and self effacing and self aware the Beatles were. They had no plans, they were having a "laff" in Liverpudlian English and they laughed at themselves and their insistent questioners. Why is your music so popular? they were asked over and over. No idea came the glib reply. The John Lennon piped up with perhaps the best line in a movie that had several excellent quotations. "If we knew we'd form another band and we'd manage that." Clearly the working class stiffs from Liverpool understood the benefits of being in charge. There was no mention of Yoko Ono but the fresh faced lads transformed themselves in less than two hours into world weary musical mechanics with families and  responsibilities. Being successful is exhausting and it shows. Much nostalgia, much sadness not least because there is always a yearning for the fresh faced promise of the early 60s, gone and lost forever. 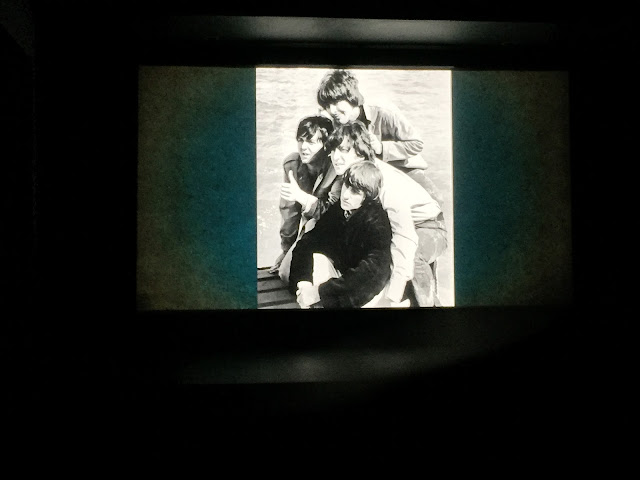 Except for the excellent bits preserved here on film.
Posted by Conchscooter at 12:00 AM 1 comment: