I have great difficulty adapting my mind to the tourist economy that runs Key West, so when the city commission voted to rename the Key West Bight I found myself rebelling. I have no doubt in a couple of decades I will get used to it but for now the place is the Bight. 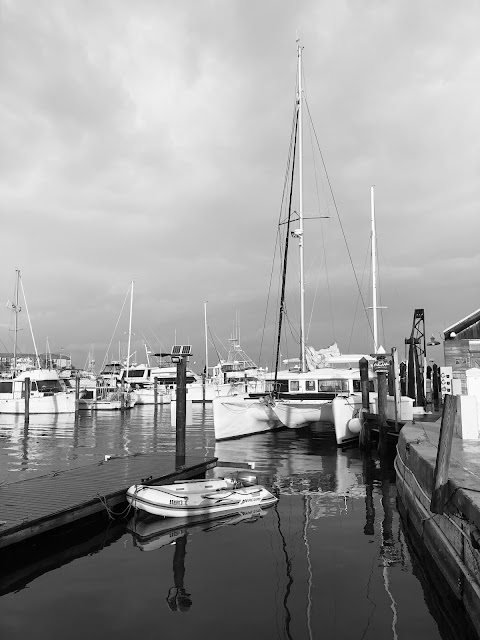 In nautical terminology - stop me if I've explained this before, and I have- a bight is an indentation in the coastline, such that it could be used as a harbor.  Thus it is clear this used to be where boats tied up when they came to Key West. Before it became a pleasure boat haven it was the home of the shrimping fleet which got gentrified out of here, mostly to Stock Island. 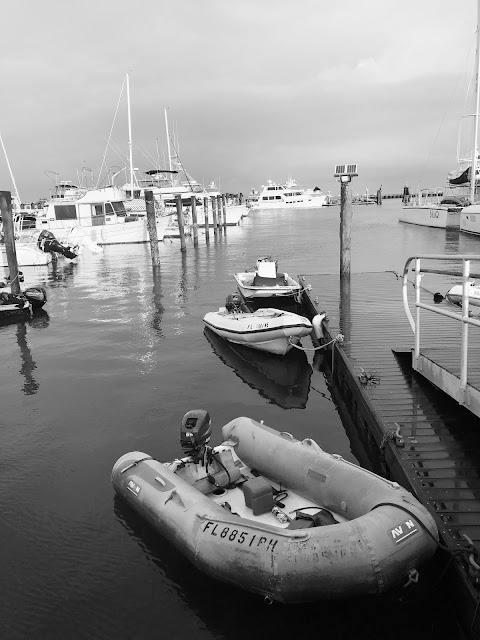 But now it is the Historic Key West Seaport which is a mouthful. Actually now that commercial fishing has gone Historic Seaport probably reflects life in the Bight more accurately. 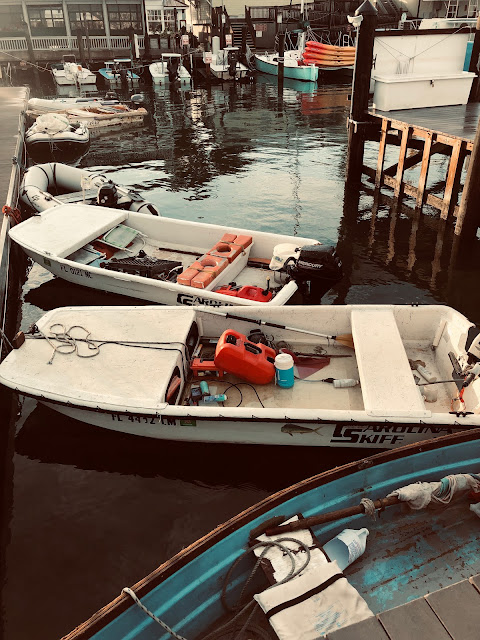 If you want to take some pictures the Bight is the spot. Between rain showers it was perfect to exercise Rusty and my camera  at once. I have no idea what those dishes were doing on the dock box. 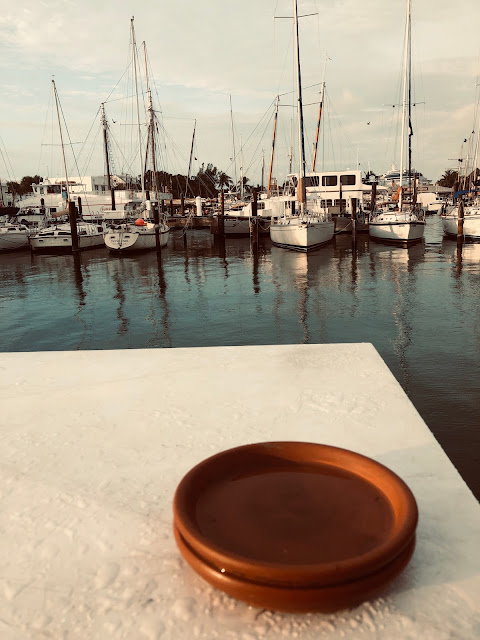 Turtle Kraals used to do breakfasts and they were quite good but these days at 7:30 in the morning they were buttoned up tight. 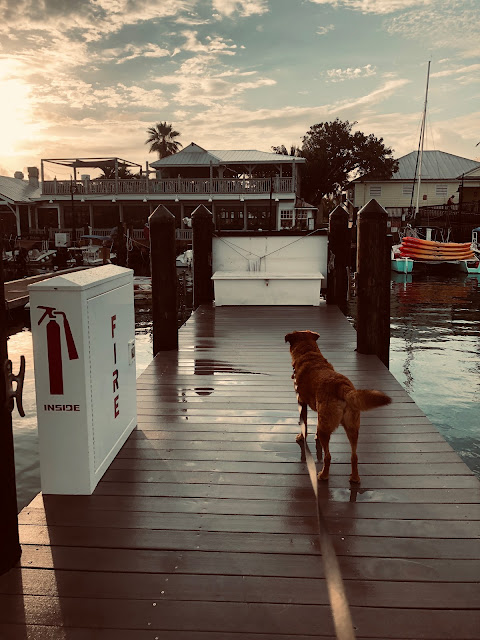 Different angles, same boats the light just seemed perfect to reflect my mood. I don't like cold and rain and wind. It's inevitable in winter and soon it will blow away but I don't have to like it. 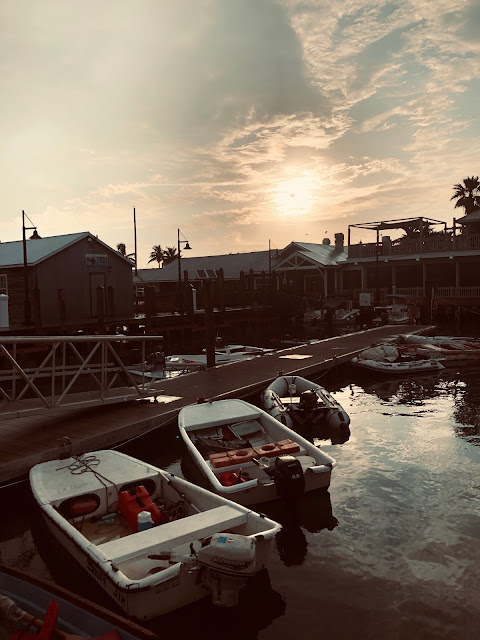 This guy buzzing out of the harbor in a miniature speedboat cracked me up. It looks like the tour boats they used to use to tour around Key West and he has adapted it as his one person dinghy. Pretty clever and it even comes with a steering wheel which is quite luxurious for a small boat! 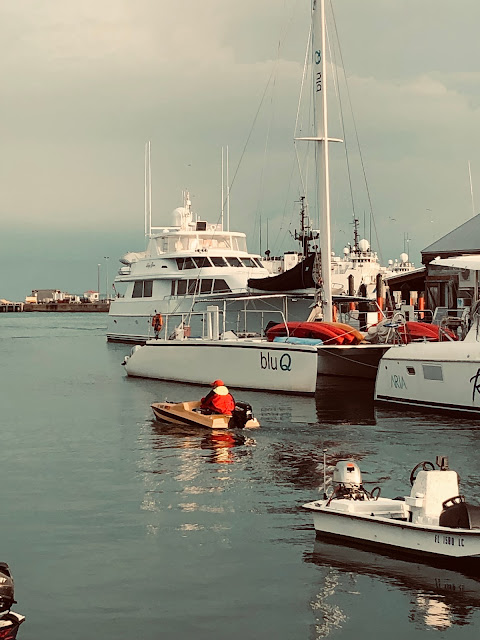 I rested my weary legs on a box for a few minutes and Rusty sat happily in the puddles. I think he has no great fondness for cold rainy days after his time as a stray. 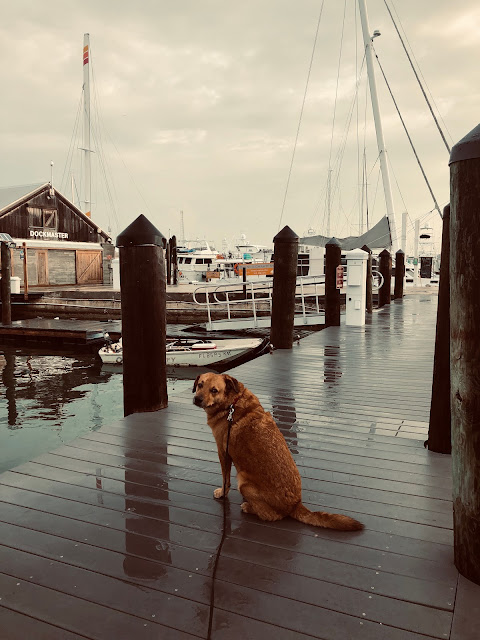 I am not tempted to begin flats fishing. I surprise myself by living in a  town where drinking and fishing are the main recreations and I don't much fancy either of them. 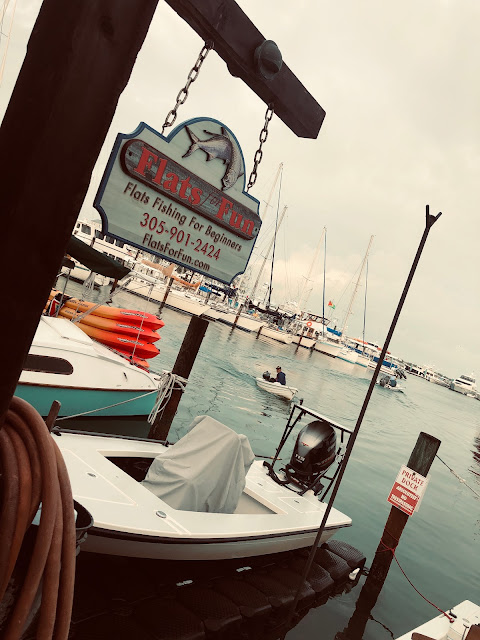 The long poles on the flat decked flats fishing boats are used to propel the craft through very thin water where the propeller might get damaged. 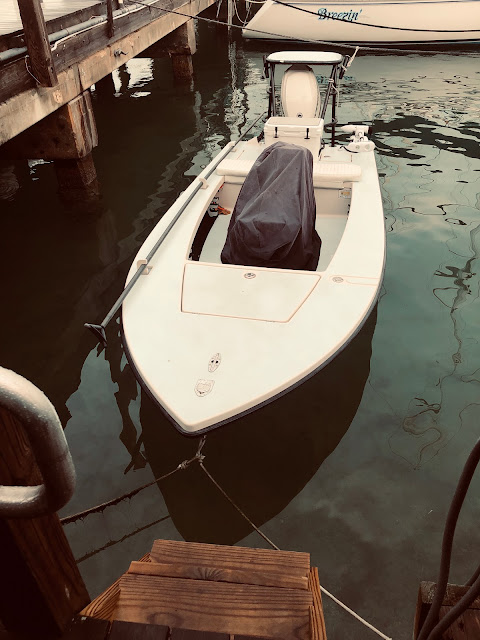 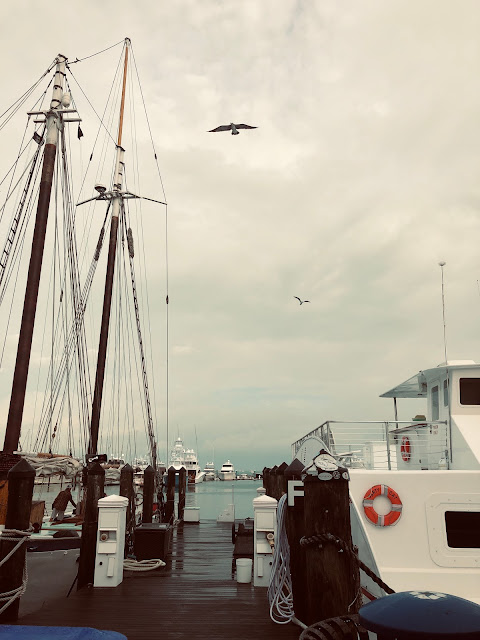 Tossing garbage is obviously a bad idea. Tossing fish remains is also a bad idea not least because they attract predators and in areas where people swim you don't really want sharks being attracted by the delicious smell of decomposing long dead fish. 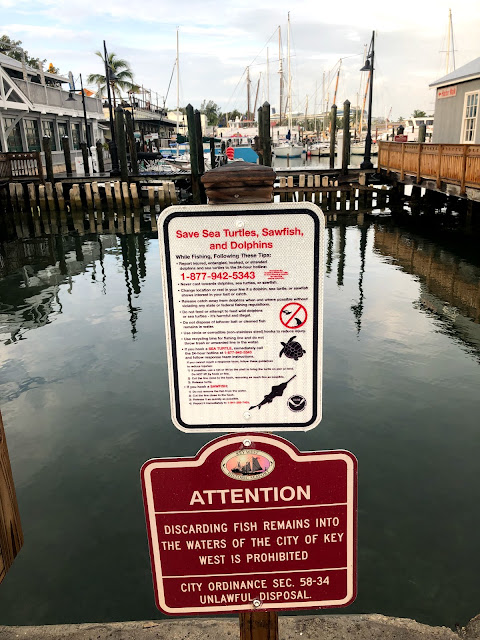 The sign boards have been updated. The big red "Old Trafford" sign made me smile. Though I suspect it may be related to soccer not cricket. 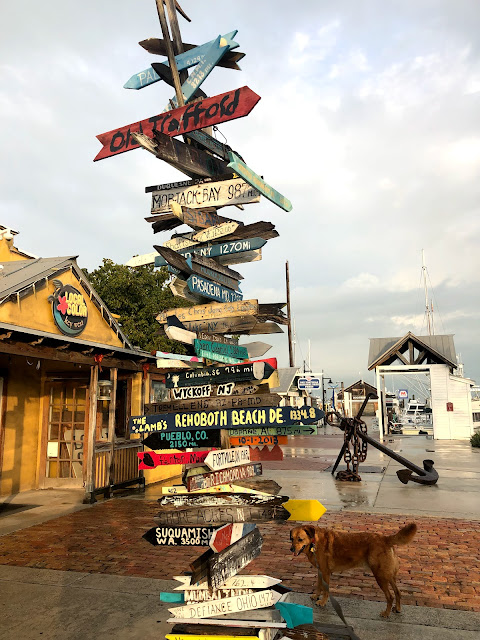 Rusty just wanted to keep walking.
Posted by Conchscooter at 12:00 AM 3 comments: