I am about to become a vampire. The prospect is not alluring but until Daylight Savings Time becomes year round we are stuck with these stupid Fall and Spring changes. Looking at the sunrise this week I spent altogether too much time calculating what the time will be next week when the sun rises or sets. It seems impossible but as I arrive at work at quarter to six in the evening it will be getting dark. Conversely my ride home in the morning will be a ride into the rising sun, instead of the pitch black adventure I enjoy so much now. 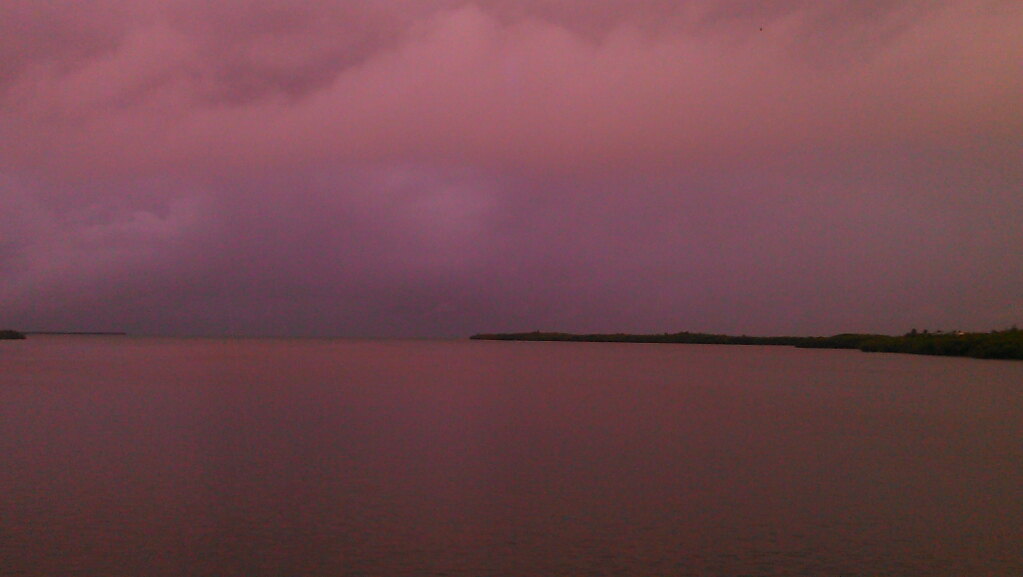 The season has changed in the Keys, at 24 degrees North Latitude. It is no longer summer, it is now winter, after three small cold fronts blew through and swept away the heavy blanket of summer humidity. Leaves don't turn yellow and fall around here...not even in the Fall. It doesn't get permanently cold in the winter, a cold front may drop temperatures to the sixties fifties or even occasionally the upper 40s in a numbingly cold spell, but a few days later the temperatures are back up in the eighties and gray overcast blows away yielding to crisp white winter sunshine. I hope that's how its going to work because the latest cold front is supposed to drop nightt time lows to the mid 60s this weekend... 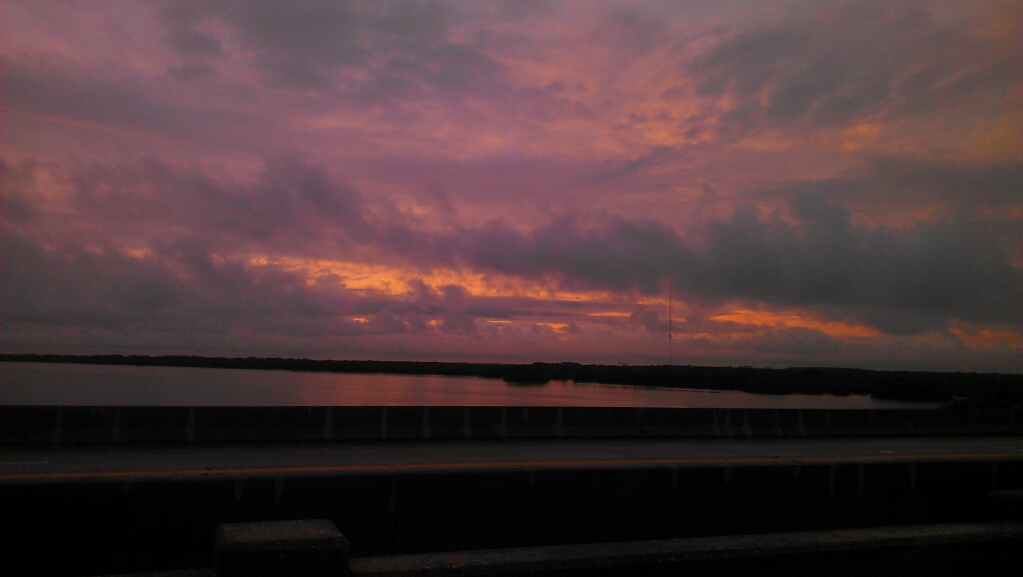 I like the change of seasons even though I have to put up with endless nagging from people who are hardy enough to enjoy snowmobiles and ice fishing and catastrophic weather that requires heavy winter clothing. Human blood really does thin, and for people used to 90 degrees and humidity 65  degrees and dry air can feel Arctic  cold on the skin of a lightly dressed motorcyclist. I have a mesh armored jacket for summer use but on those cold winter days  (cold to me) I have a padded waterproof jacket heavy enough to make me fell like the Michelin man while keeping me warm on my forty minute commute. 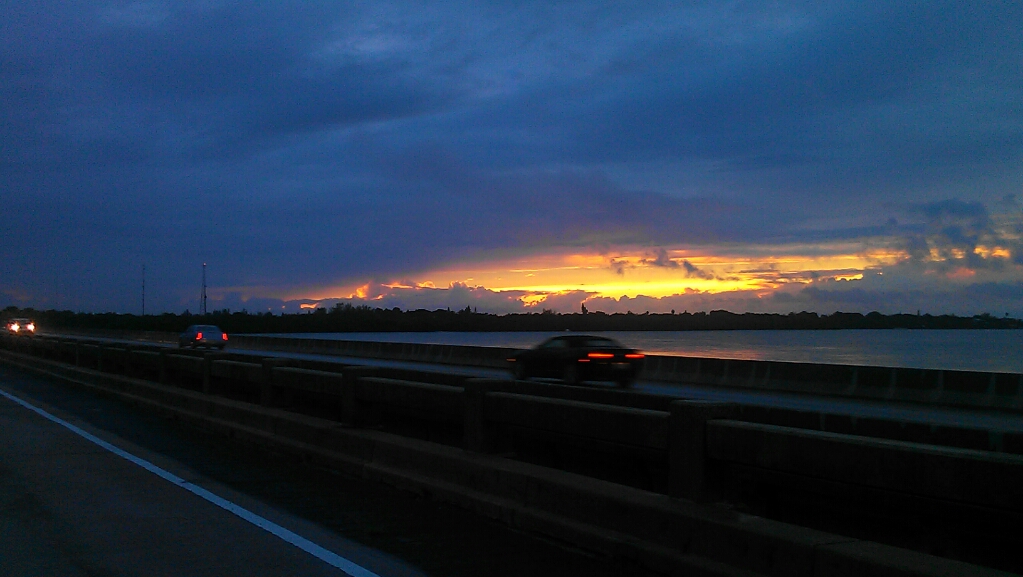 Cheyenne has perked up and is now anxious to take long, lung filling walks in the cooler air which is all very well but her renewed winter energy clashes a bit with my heavy work schedule. I am sleeping later and later as my hours of overtime get longer and longer. None of which makes the shift to a shorter day any the more palatable. However I was not the one who misplaced a pair of apparently serviceable sneakers in a parking lot on West Summerland Key. Their presence is just another mystery in the odd arc of inexplicable nonsense that peppers life in the Keys: 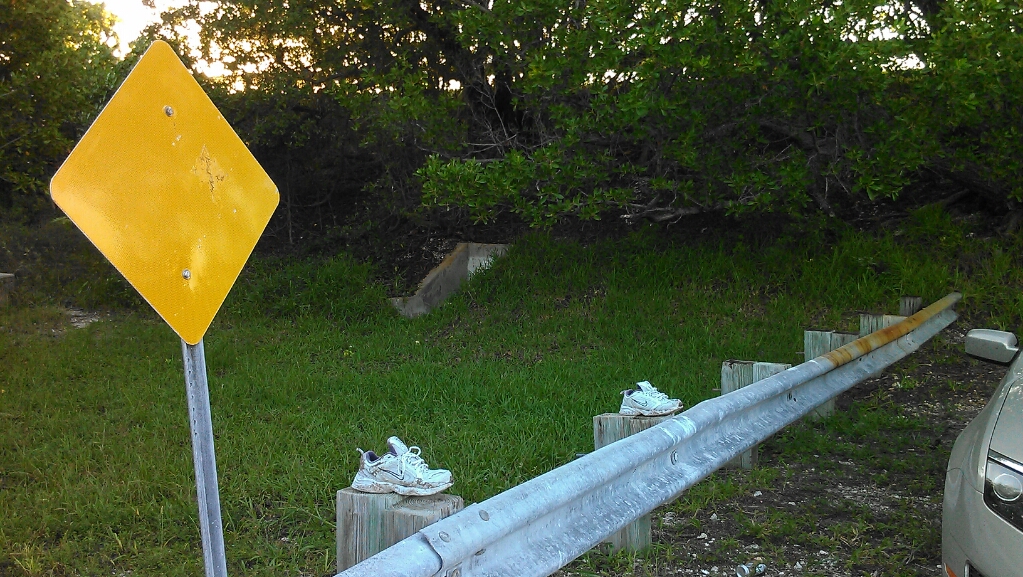 I was born on Halloween, and as much as I appreciate the effort people take to dress up and celebrate that insignificant fact I am not one to join in. Aside from the fact I work tonight I abhor costumes and dressing up and struggling to find someone I want to be other than myself. On the other hand some communities in Florida get their knickers in a  twist over Halloween saying its some sort of Pagan anti-Christian ritual that should be banned from schools. There are some profoundly stupid people we are obliged to share the planet with, and they bug me far more than these silly skeletons and gore and cobwebs. If this is Paganism, count me in.

With the Fantasy Fest shambles behind us the Keys have emptied for a few more weeks until holidays and snow bring down another wave of winter residents who would rather see this, than snow fields: 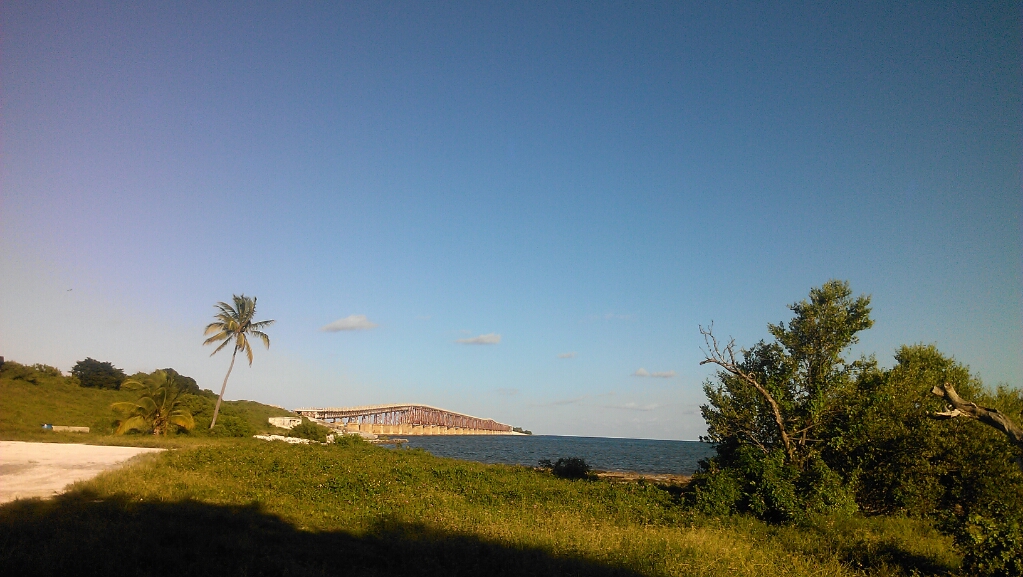 Fantasy Fest this year stirred up some Conch frenzy and civic leaders are girding up their loins to join a struggle with the merchant interests to tone down the nudity and sexual excess of Fantasy Fest week. I will watch the debate with some keen interest as the whole sordid business of adult rated parading about is all done in the service of Mammon and the forces of enlightenment are going to have to persuade the people who make money off the event to give up that income. Should be interesting. 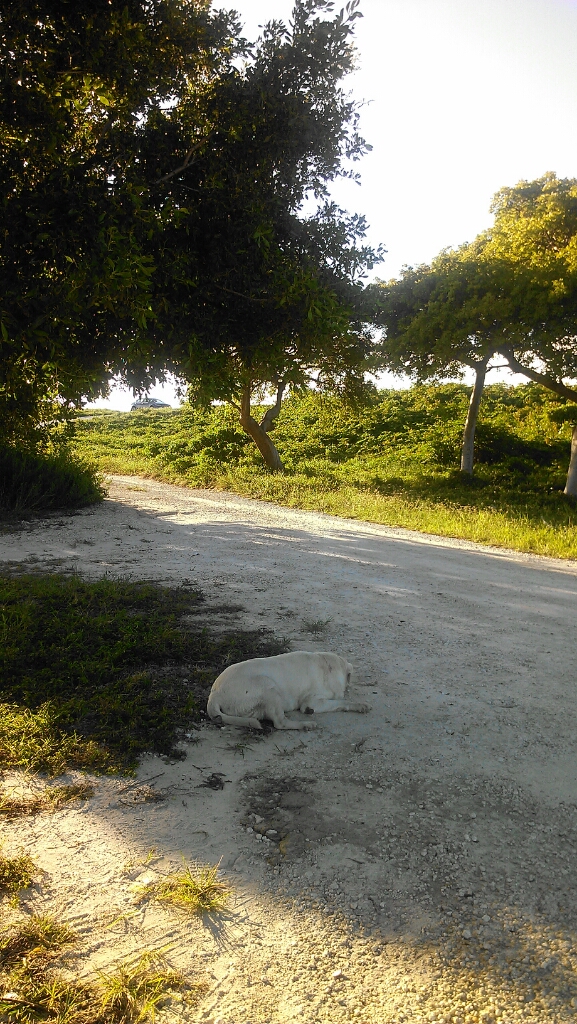 Supporters of changes to Fantasy Fest rules argue that tourism is pretty much year round nowadays and there is no need to keep up this nudity fest which was originally designed as a costume fair to attract visitors to a dead tourist town in the heat of the Fall. Fantasy fest was conceived as a risque street parade, though one fueled by wit and satire and politics and friendship.That it has deteriorated, some say, into a sorry display of witless flesh requires correction. 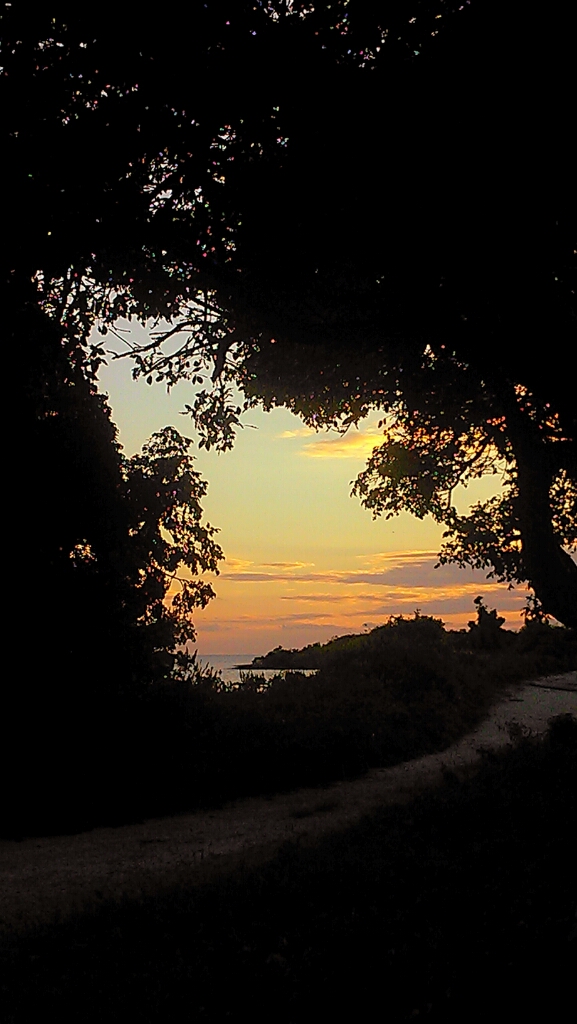 The debate leaves me indifferent. To me the opposition to Fantasy Fest comes in the form of ageism and to some degree hypocrisy, in that the air brushed quality of the event has slipped away. It is no longer much populated by young hard bodies fresh from the pages of fashion magazines and I have the feeling that if Duval Street were packed with sexually desirable young people the calls for morality and decorum would be largely muted. It may be in fact another form of gentrification. 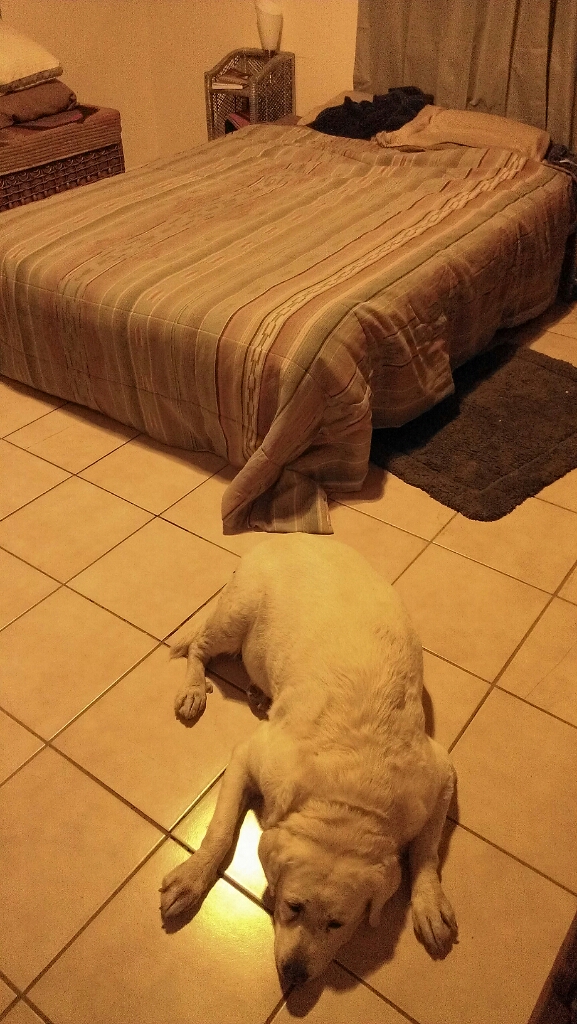 So, the sun sets on another summer, season of warm waters and swimming and  sudden thunderstorms and hurricanes (thanks, but no thanks this year -so far!). Winter cold fronts, crisp nights, and early sunsets. 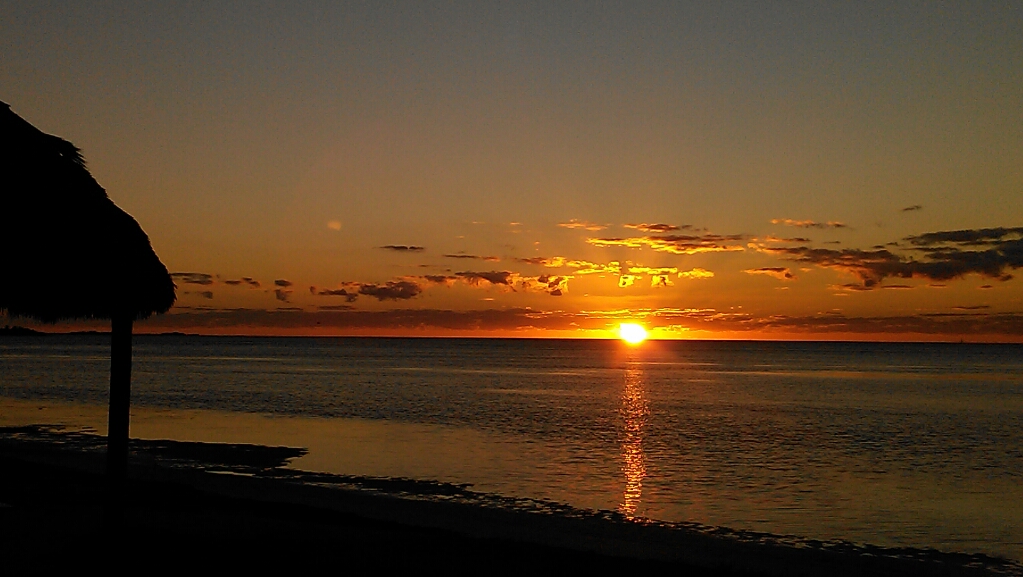 I think I can manage that.
Posted by Conchscooter at 12:00 AM 1 comment: