It has been a while since I stopped at Dagny Johnson State Park on Card Sound Road, but when I recently had reason to drive to the mainland I planned a stop here with Cheyenne for a walk. 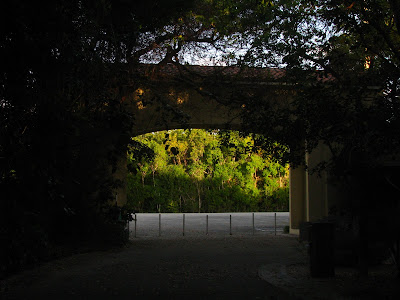 Florida's robber Governor has announced several ways he plans to improve the quality of life in the state, not by closing loopholes on the state sales tax laws but by cutting services to all and sundry. The state faces a budget deficit of less than four billion dollars, peanuts compared to the crises facing equally large states Up North and now we are supposed to lose all sorts of services that irritate Republicans- health benefits, medication supervision, clean water and boring stuff like that. Oh and several state parks have been targeted for closure too, including this one. 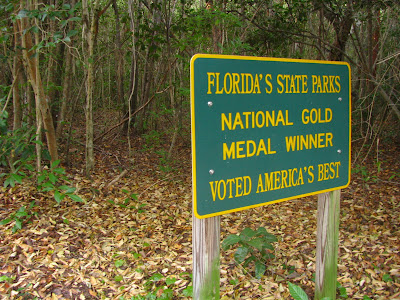 Gold medal winners? Yeah well, not for long apparently. Saving money here seems odd as this park isn't even staffed. I stuffed a five dollar bill in the honor box, twice the going rate, as I lacked $2:50 in smaller currency. Dagny Johnson is an unusual place in that it is a strip of land cut down the middle by a large paved street, one lane inbound and the other out, a massive freeway effectively for pedestrians, dogs and bicycles. The shrubbery on either side is amply labelled too. 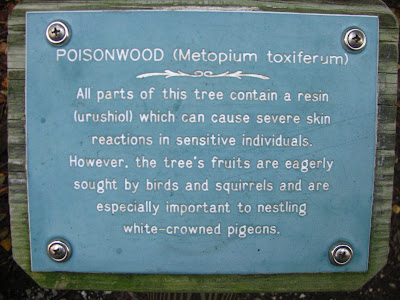 Cheyenne was enjoying the park. 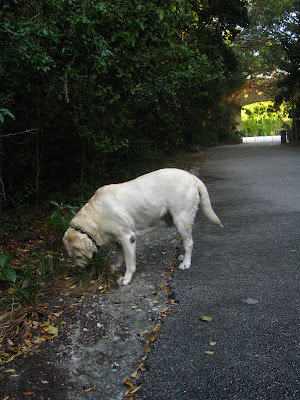 I was enjoying the sky and the rising sun. 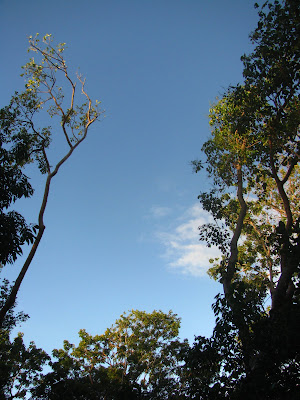 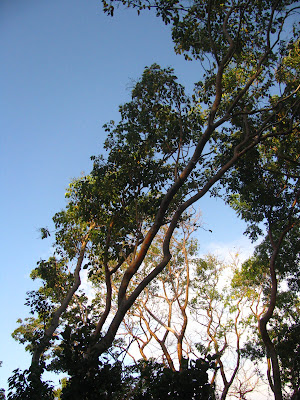 The road leads to a sort of traffic circle with an arbor in the middle and I have no clue where this came from or why. 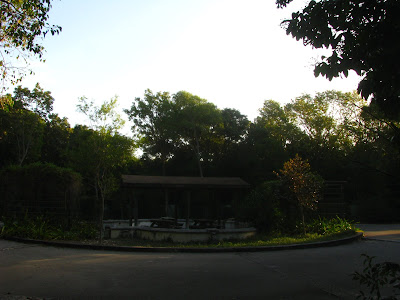 Unlike the Governor I'm not at all keen to do away with it, whatever it is. 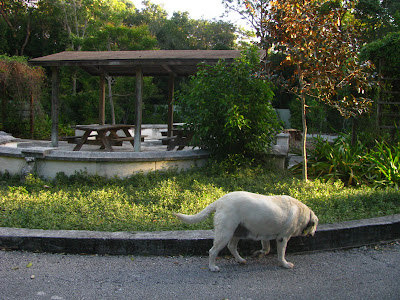 And then I ask myself, not being a botanist, where else might I get this wealth of information, if not here? 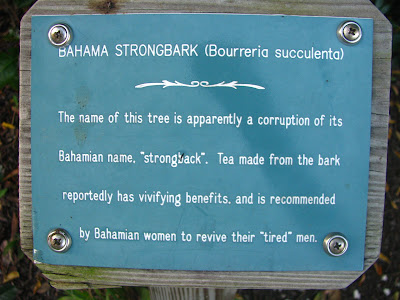 The bark didn't look particularly strong but I'm glad it wakes up tired Bahamian men. I have no doubt that the lack of TV and other diversions made Bahamian women exceptionally ferocious in decades past. 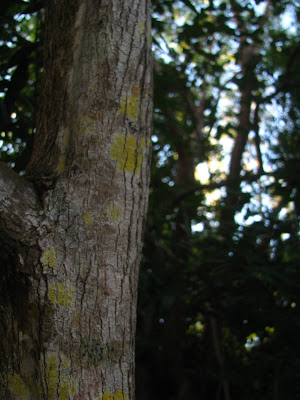 The park is a rather narrow sliver and one gets the feeling the neighbors aren't entirely friendly. 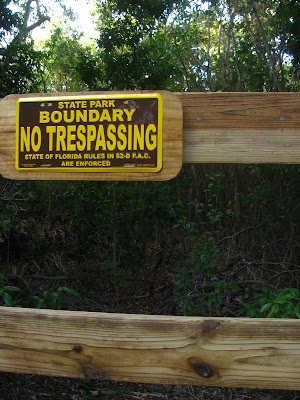 The morning light was lovely, and it was fairly late too, around seven thirty. I am quite looking forward to the summer time change in ten days. Dark mornings are my friend, not least because my neighbors aren't awake when I get home from work. 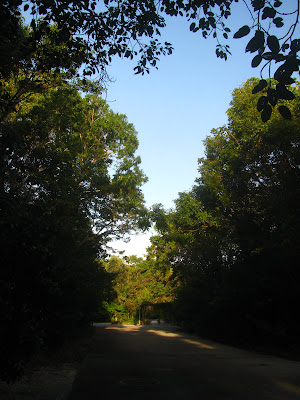 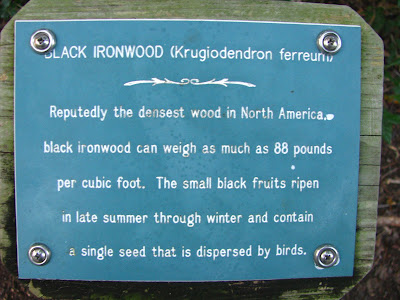 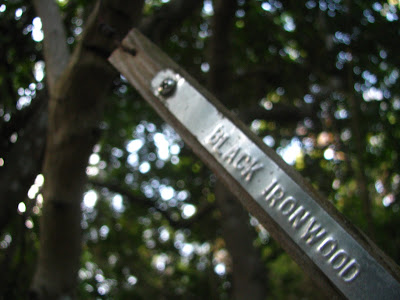 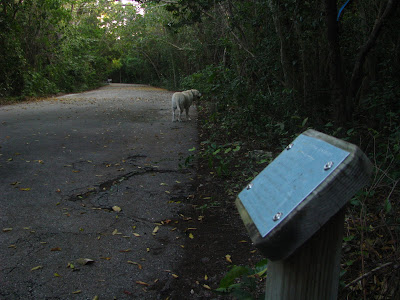 Lacking any women around to lift their shirts obligingly I plunked myself down on the nearest bench after lifting my 85 pound Labrador up next to me. 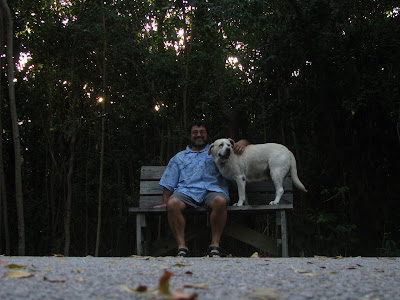 By then it was breakfast time so we strolled back to the car where I fished out supplies. 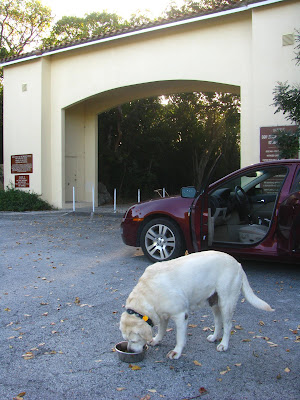 If, on rolling down Card Sound Road, closing in on Highway One, you see the famous arch, stop and check it out. If nothing else the loo is open apparently at all hours and that could be a handy thing. The Governor needs to re-think his strategy and weirdly enough Republicans in the state's part-time (!) legislature are asking him to do just that. Dagney Johnson is a hundred miles from my home and rather too far for frequent visits. I hope it will still be open when next I stop by. 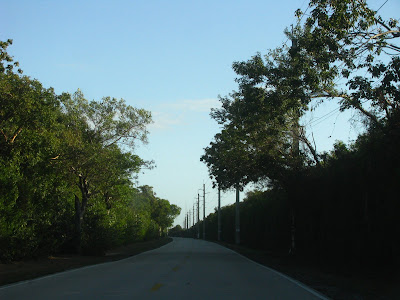 Lovely Card Sound Road looking north toward the Ocean Reef Club and Alabama Jack's, a long way away but in that general direction.
Posted by Conchscooter at 12:01 AM 10 comments: Links to this post