A Break In The Forest

The woods were silent and it was easy to fall asleep inside the van which even to us felt warm despite the 45 degrees outside. Rusty woke in the dark and starting yawning to encourage me to do my duty. 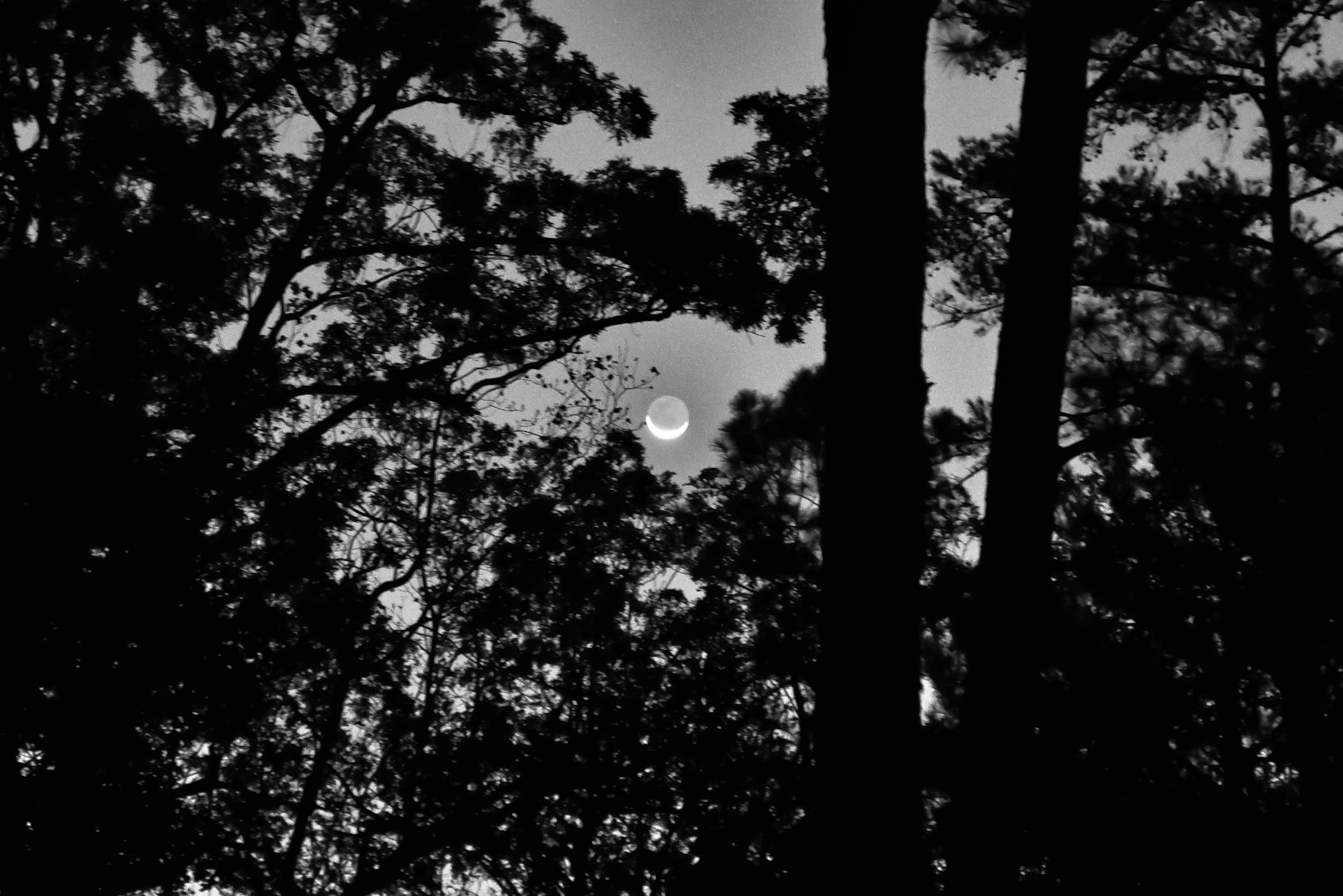 It was dark outside and cold. Rusty started out keen running down the road between campsites sniffing as we went. 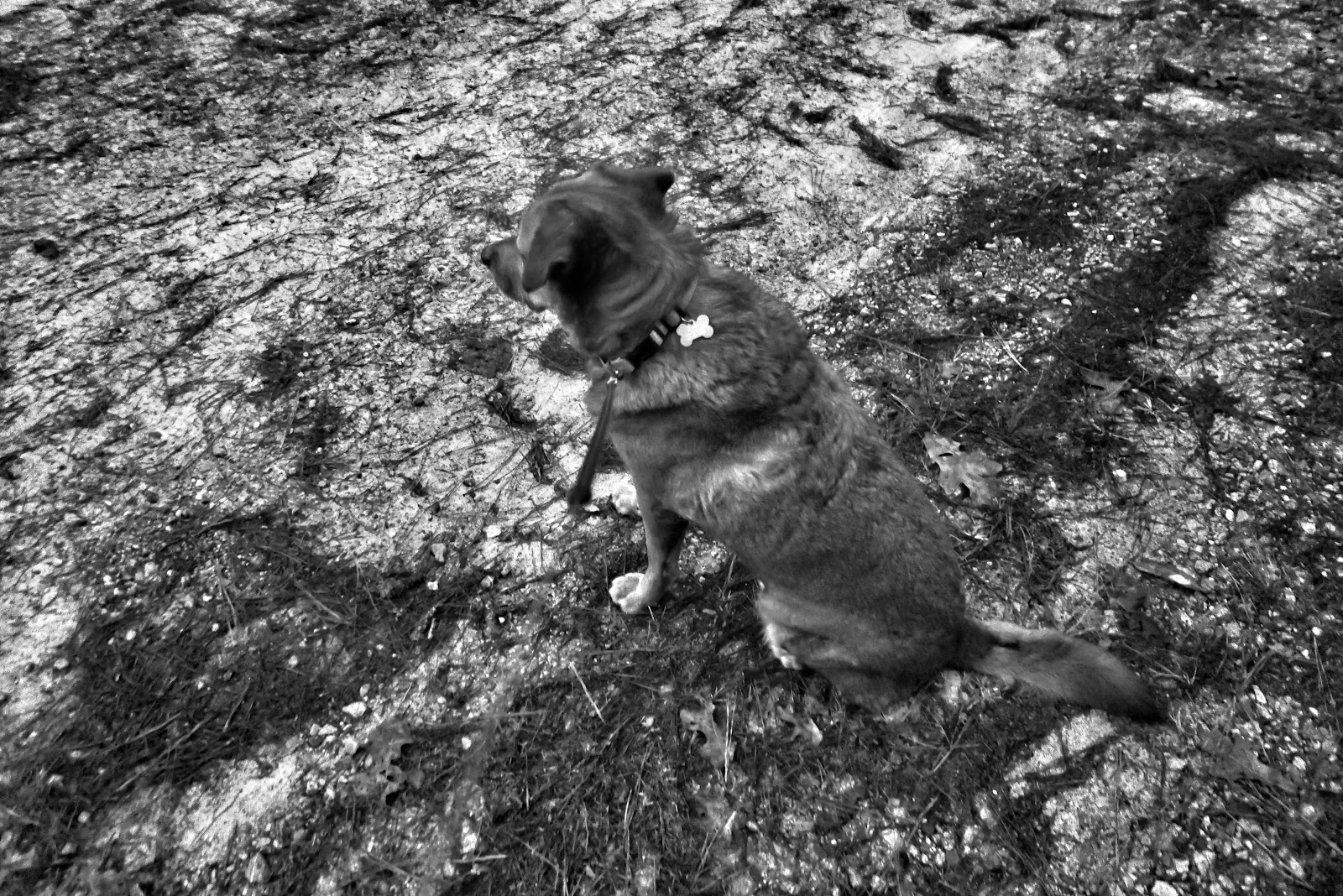 There came a point where the steam ran out of my dog.  He stopped as though up against an invisible force field. With a wiggle he was out of his collar and trotting back into the darkness. I knew where he was going and followed as swiftly as I could. 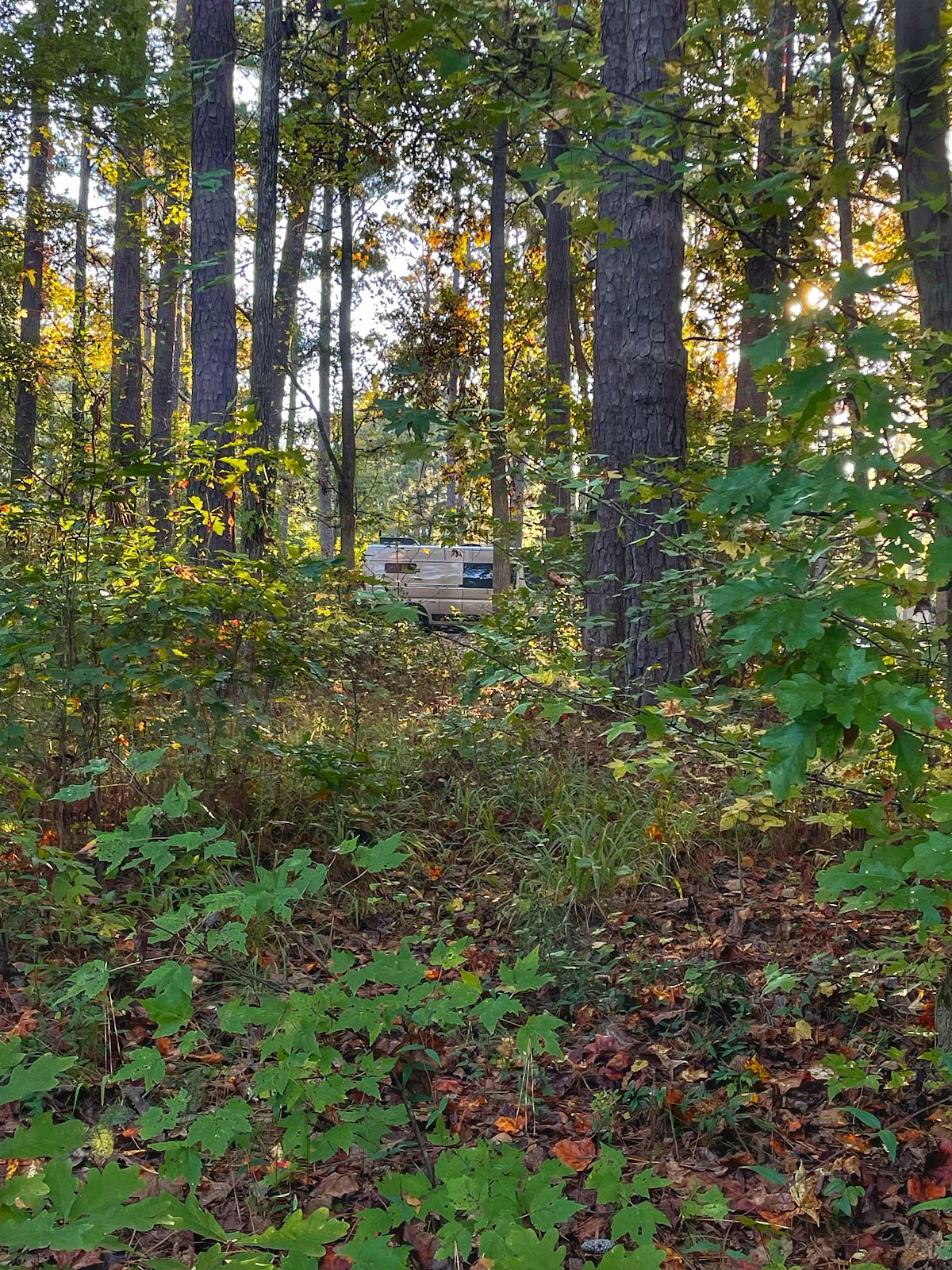 He just wanted to sit and watch the sunrise so I pulled out my Pico camp chair and sat alongside him. 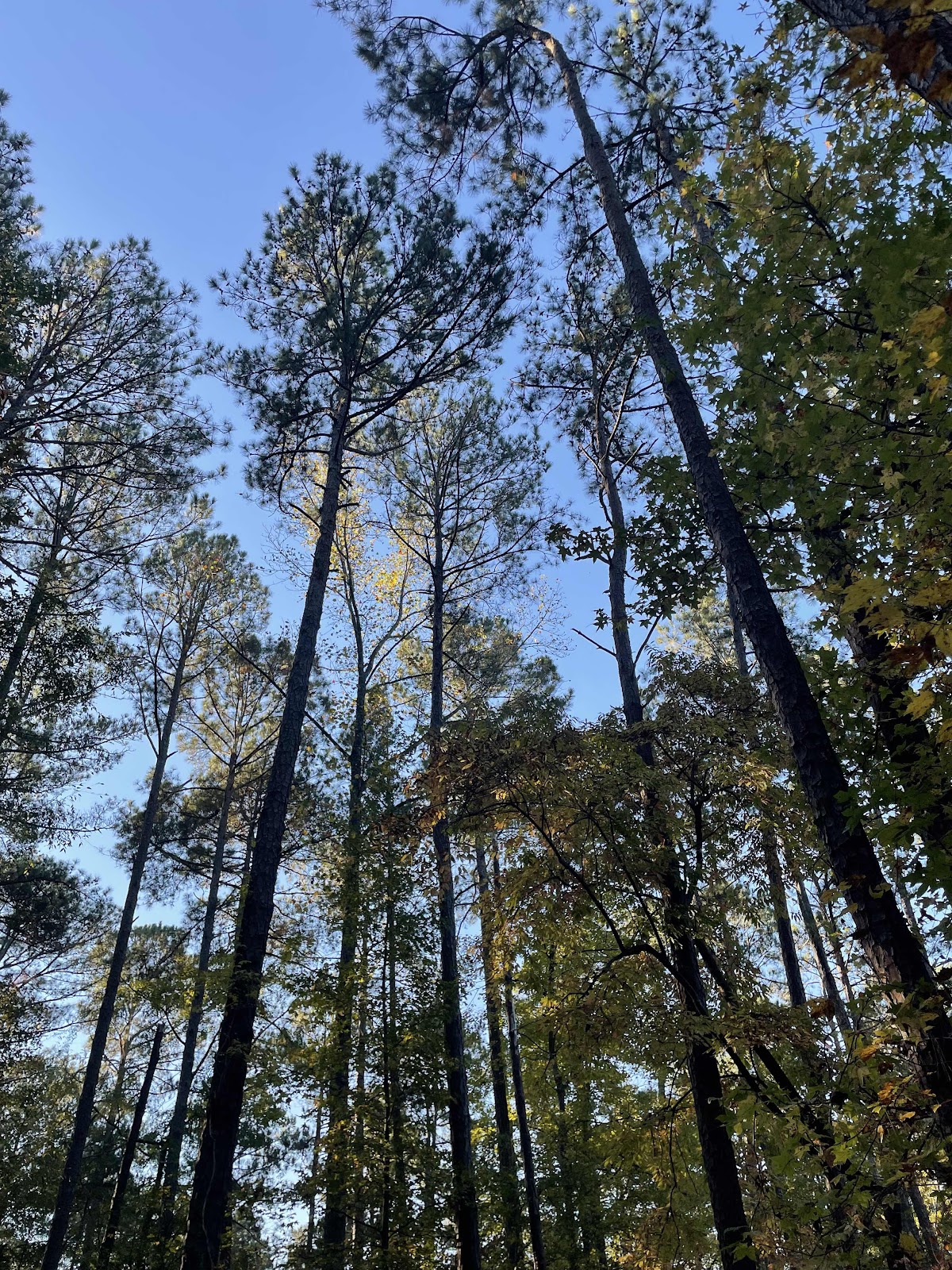 Later I figured it was light enough and he would be ready to go for a walk and lo and behold there was a trailhead right behind our spot number 14. We were alone and away from the campground and I could let him off the leash in the national forest.  So I did. 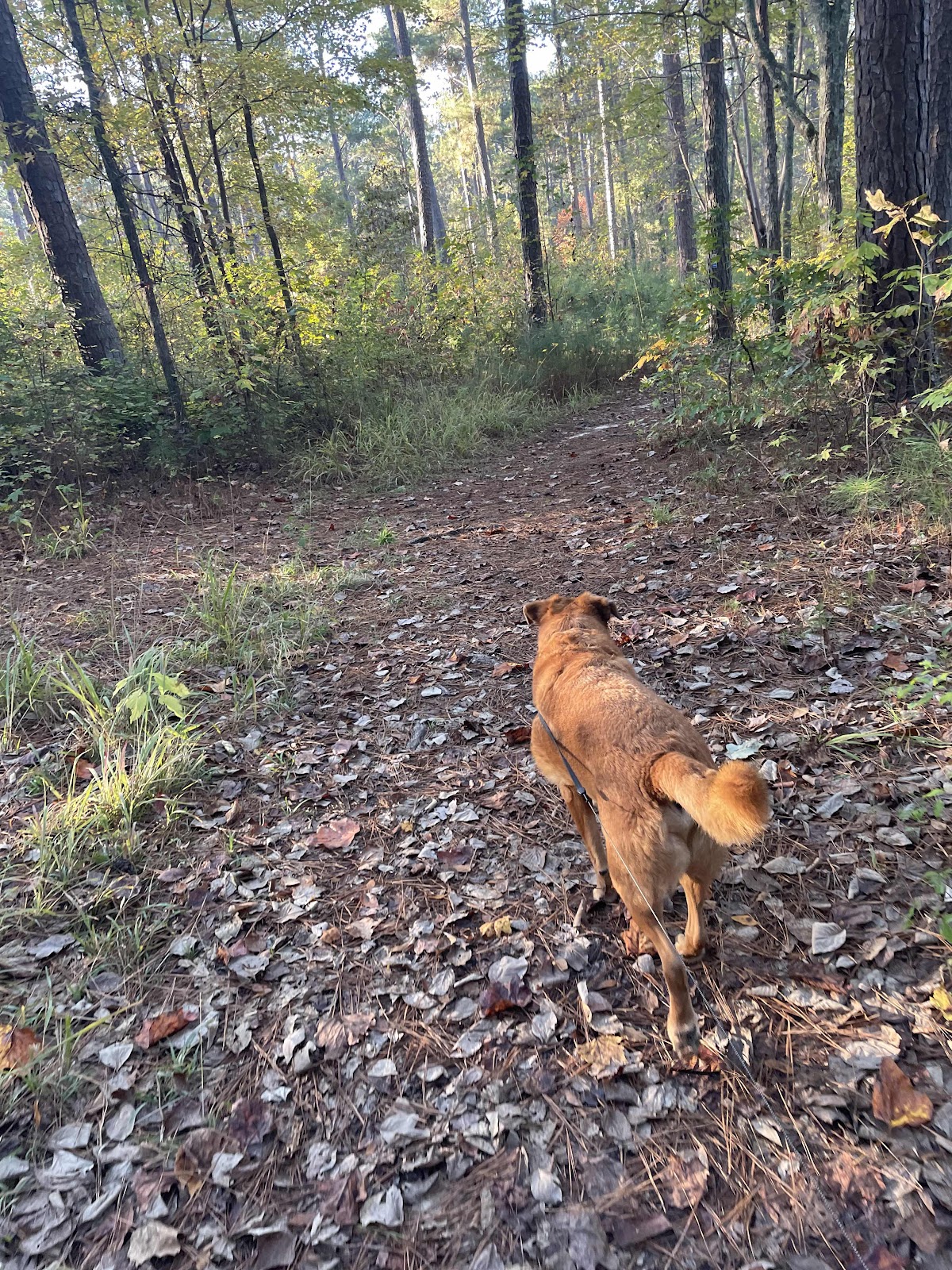 It didn’t last! He ran up to me and trotted alongside me then he stopped to pretend to sniff and sat in the trail telling me no more sinking ever deeper into these mysterious and scary forests. He’s the master of the mangroves, at home there as anywhere and never afraid.  These woods were not anything Rusty felt at home in, even alongside me. We returned to base and he settled alongside the van on his 30ft tether bought expressly for organized campground use 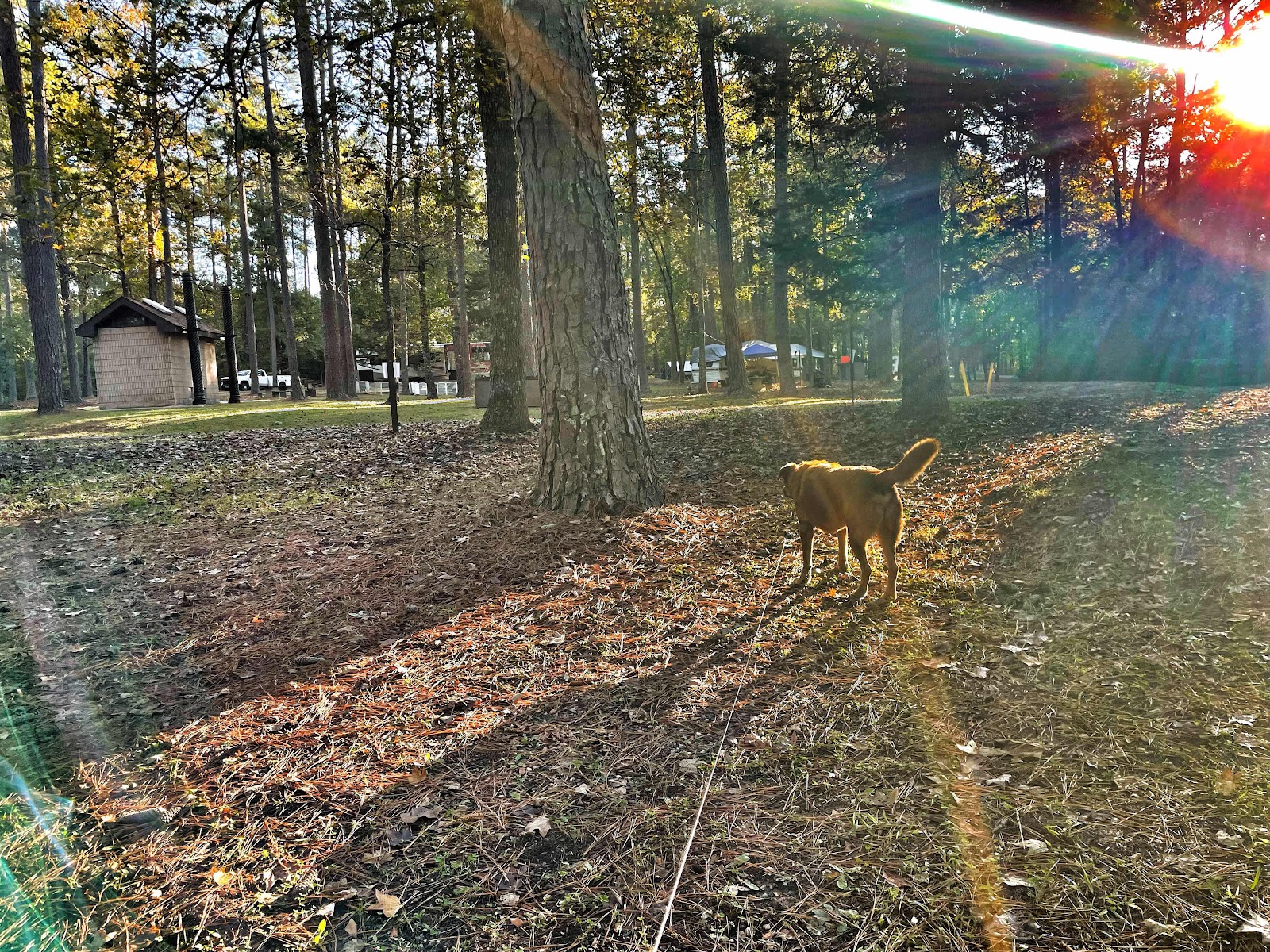 I took my outdoor camping chair again, put my laptop in my…lap and switched between typing and watching the sunrise with Rusty alongside.  A man with a big black dog came by which set Rusty off, his fur on end his little body arched and ready for anything. Above the staring eyes of our dogs who were more curious than aggressive we chatted.  He was from Michigan retired eleven years so he and his wife spend winters in warmer climes with their camper. We plan to return to Michigan next year after Alaska so we talked about the Upper Peninsula. He had seen the winch on the front of the fan and wondered about it. I explained the last ditch principle of winching the van through mud and sand but he thought the heavy van would winch trees out of the ground so I figured he was not one of life’s optimists, and cut my cloth accordingly. 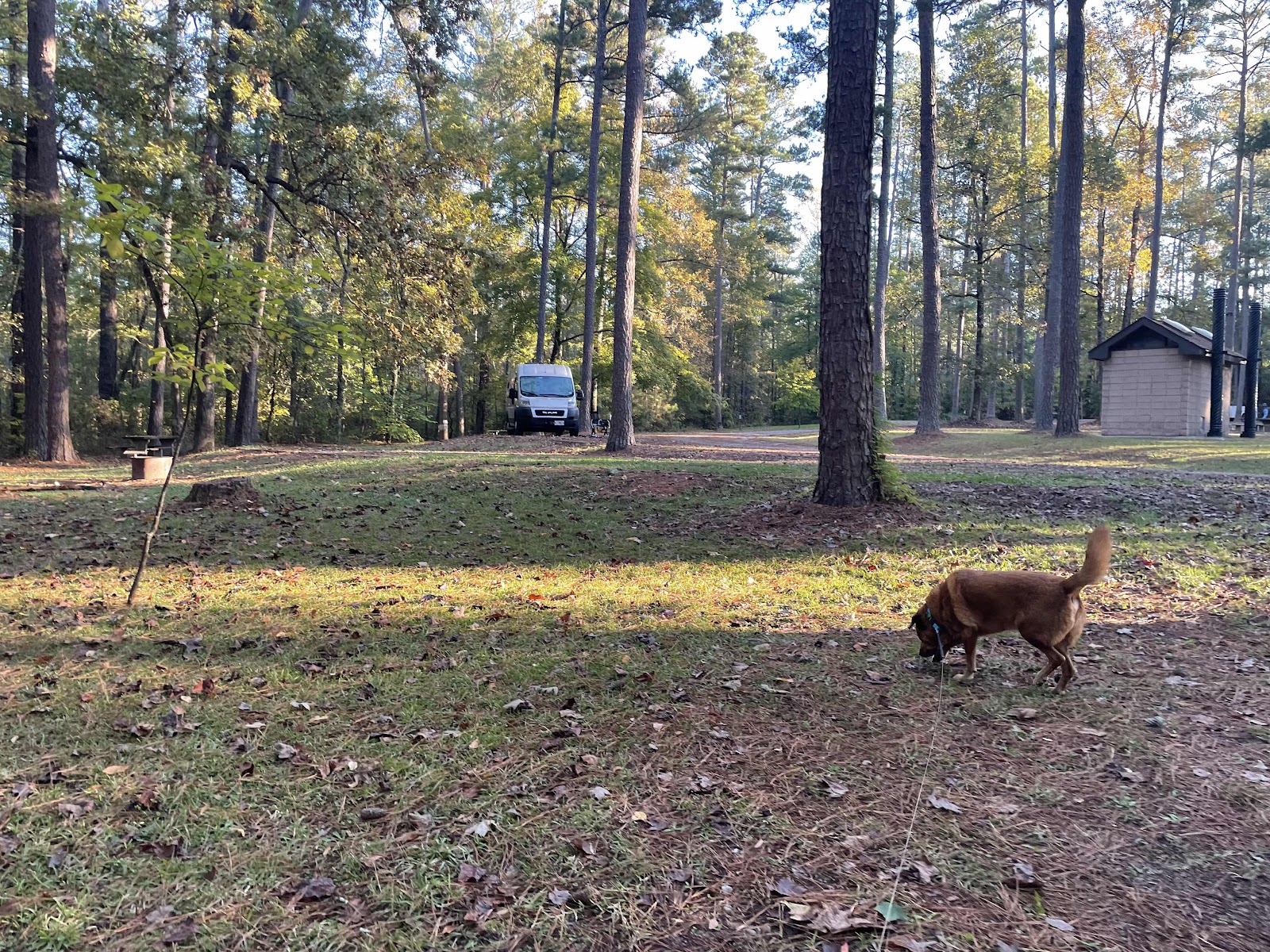 He mentioned Alaska and bears so I mentioned YouTube and bear spray, in the manner of one has given the problem some thought, but he dismissed my plan as ineffective and recommended  a shot gun. That’s a non starter for a klutz like me, more likely to shoot my foot off than anything else, and a bureaucratic hassle to get through Canada and prohibited in Mexico but I kept my peace. 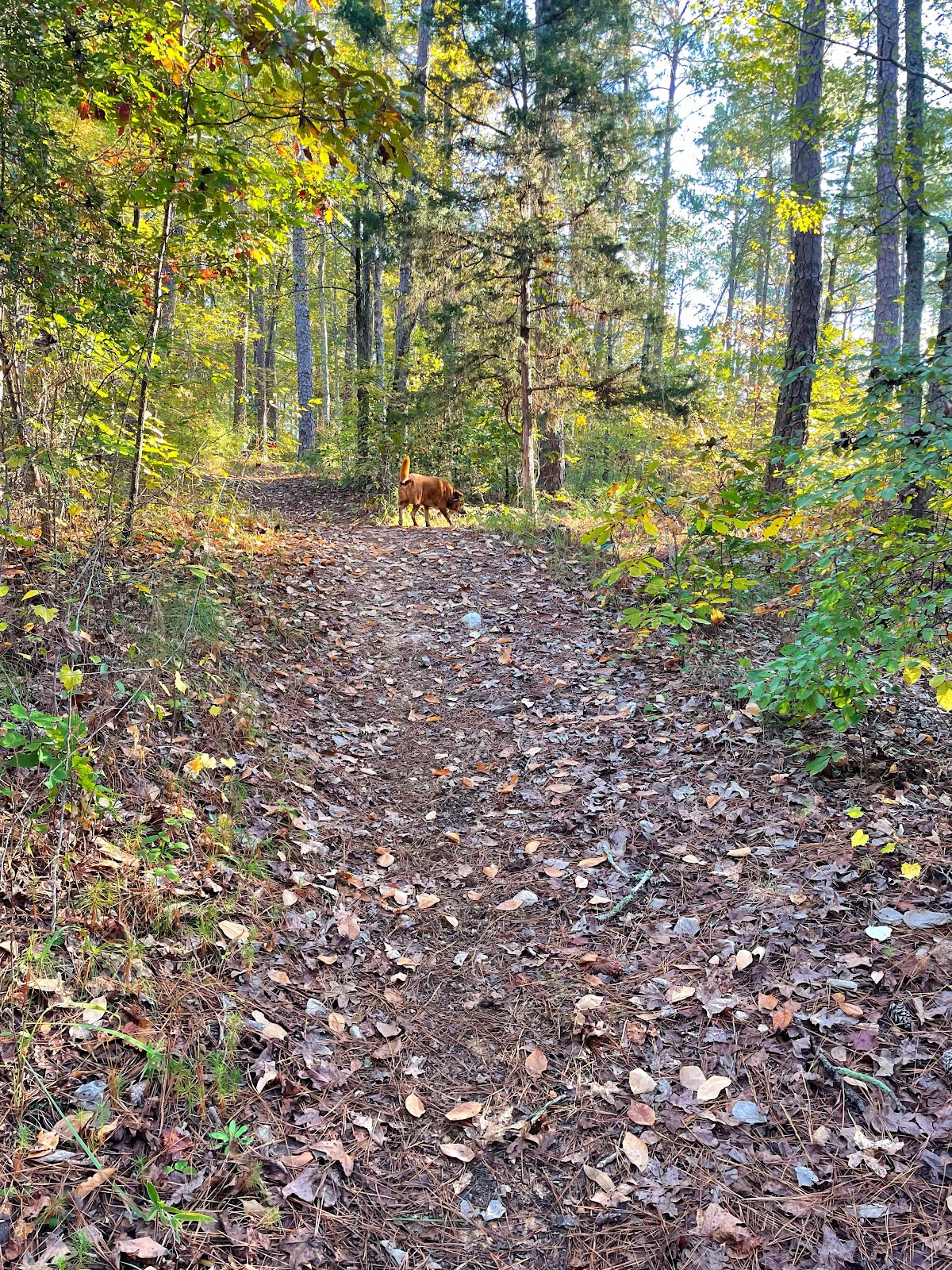 He tried to take a political tack but I demurred saying I’m retired and have no interest which is closer to the truth than I might want to admit to people who know me.  Let the next generation fight the battles to keep the country sane while we’re gone. I said we were going to Texas and he started on about Haitians flooding across the border which I find interesting as they had emigrated to South America and got the boot. They’ve been stopped at the border and are not flooding anywhere but I think the subtleties of Haitian history are not of interest to a man who would no more travel outside his country than he could understand the travails of a Haitian struggling to find a life anywhere in an uncaring world. People think I’m crazy for voluntarily planning to travel with time money and a decent vehicle to Chile but have no respect at all for impoverished peasants making the reverse trip out of pure desperation  with no means at their disposal. 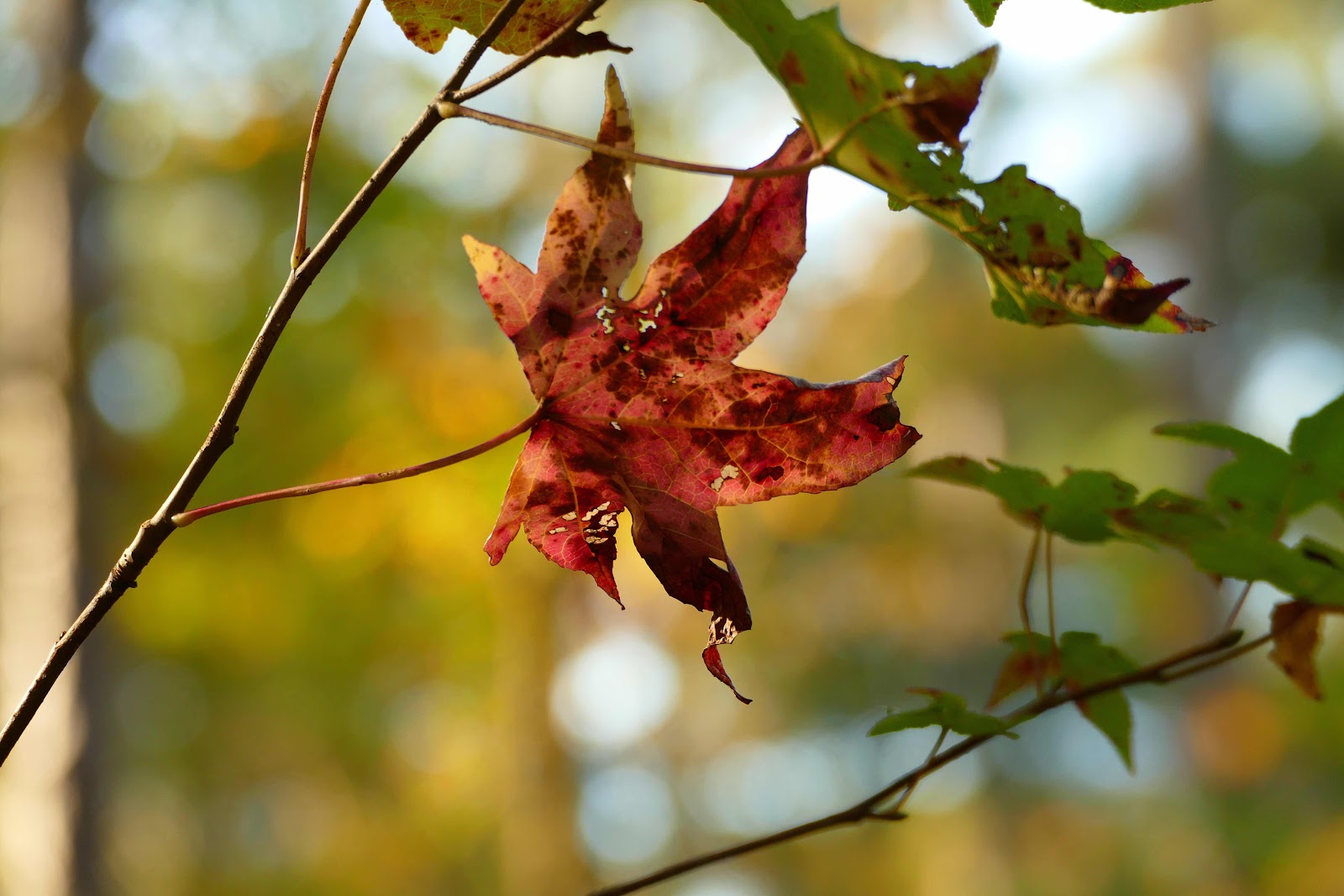 I did not dare mention our desire to go to Mexico a land filled with people waiting to fleece Americans as soon as they enter the country where all Americans are viewed as rich and therefore worthy of robbing.   Of course he may be right and we may end up naked and dead by the side of the road.  But I wasn’t in the mood for a well meaning lecture on the perils of Abroad. So I enjoyed his company. I’d like to think I’m maturing as I’m not inclined to think my opinions matter much compared to the needs of the young and intense! 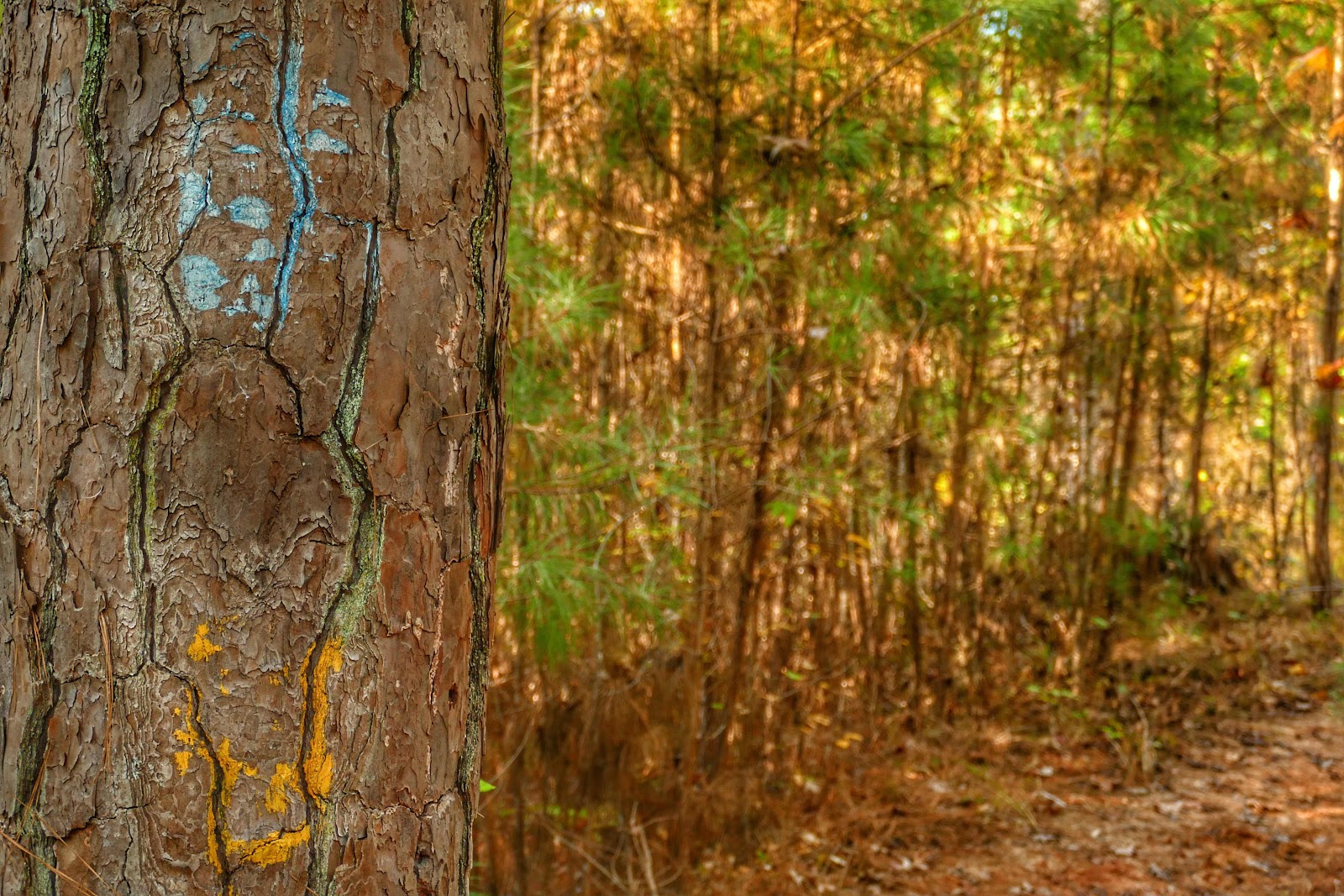 I know most people traveling in campers see The West as the best possible part of the country, thanks to wide open spaces, millions of acres of public land and lots of boondocking possibilities.  The East Coast is much more populated like Europe perhaps with less public land and so forth but I have to admit I enjoy the variety of landscapes, the historic cities the winding wooded roads.  I wish Rusty had been ready to go further down the trail but there was beauty to enjoy: 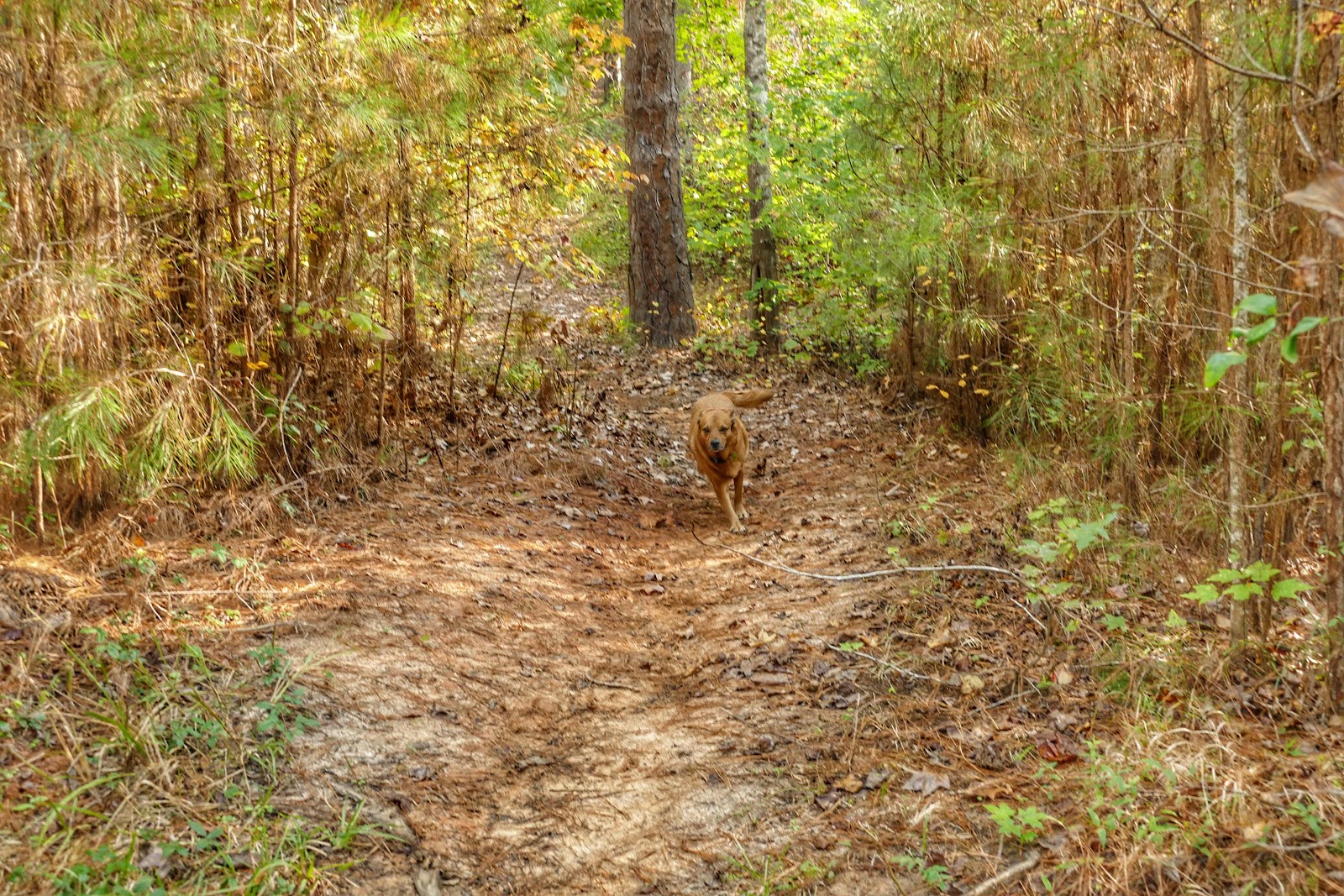 I’m pretty sure the little tyke will get more adventurous as he adapts to this life. I remind myself it has taken us time to adapt and we aren’t done learning t(e nuances yet, by a long way. It would be a lot to expect Rusty with all his abandonment baggage to adapt instantly! It’s enough he likes being with us and is enjoying the van though I do wonder if he expects us to “go home” soon. 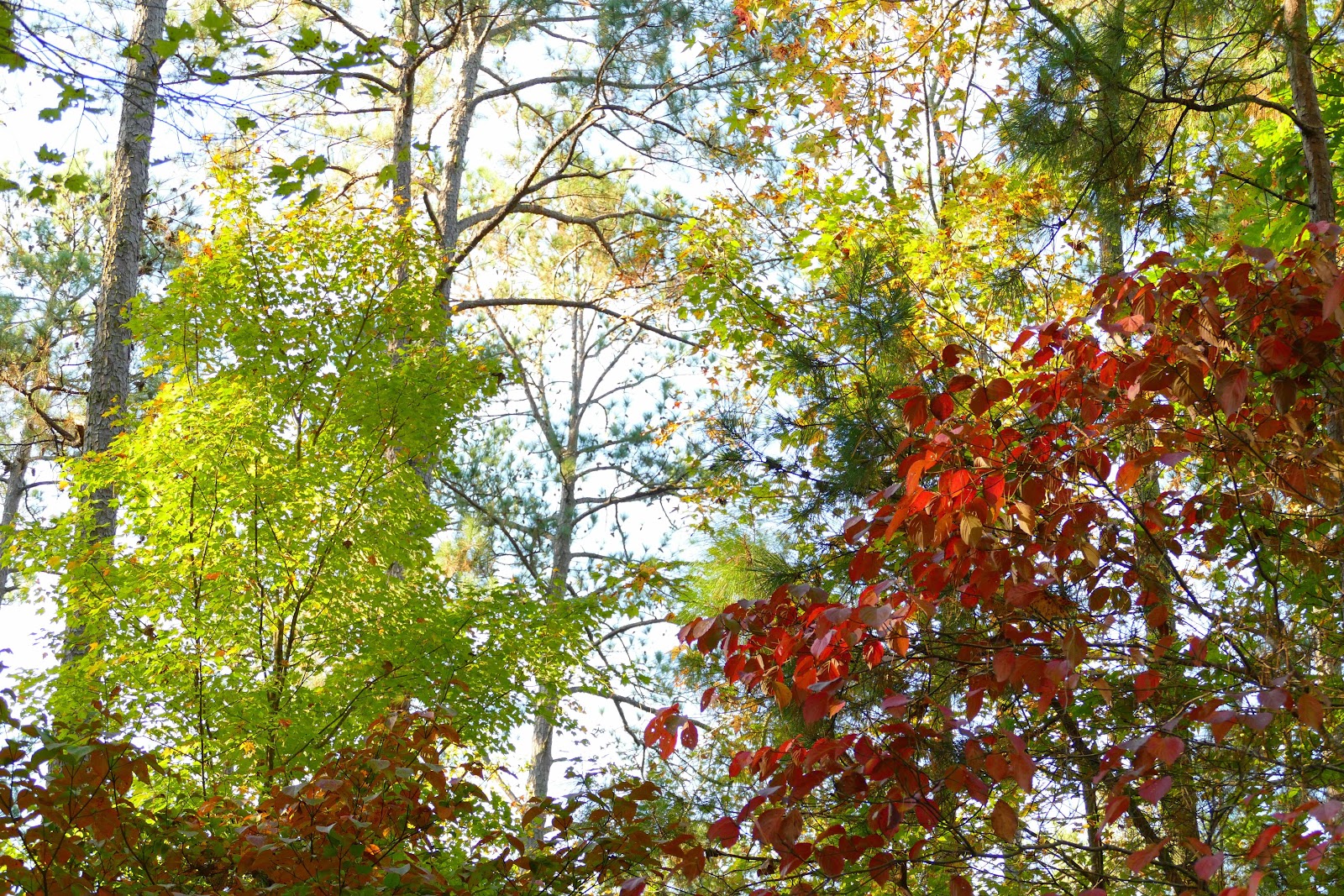 I enjoyed the woods, the cool air, the realization that we really aren’t going home. This is home and the road has only just started to unspool. It is an astonishing privilege to be here. 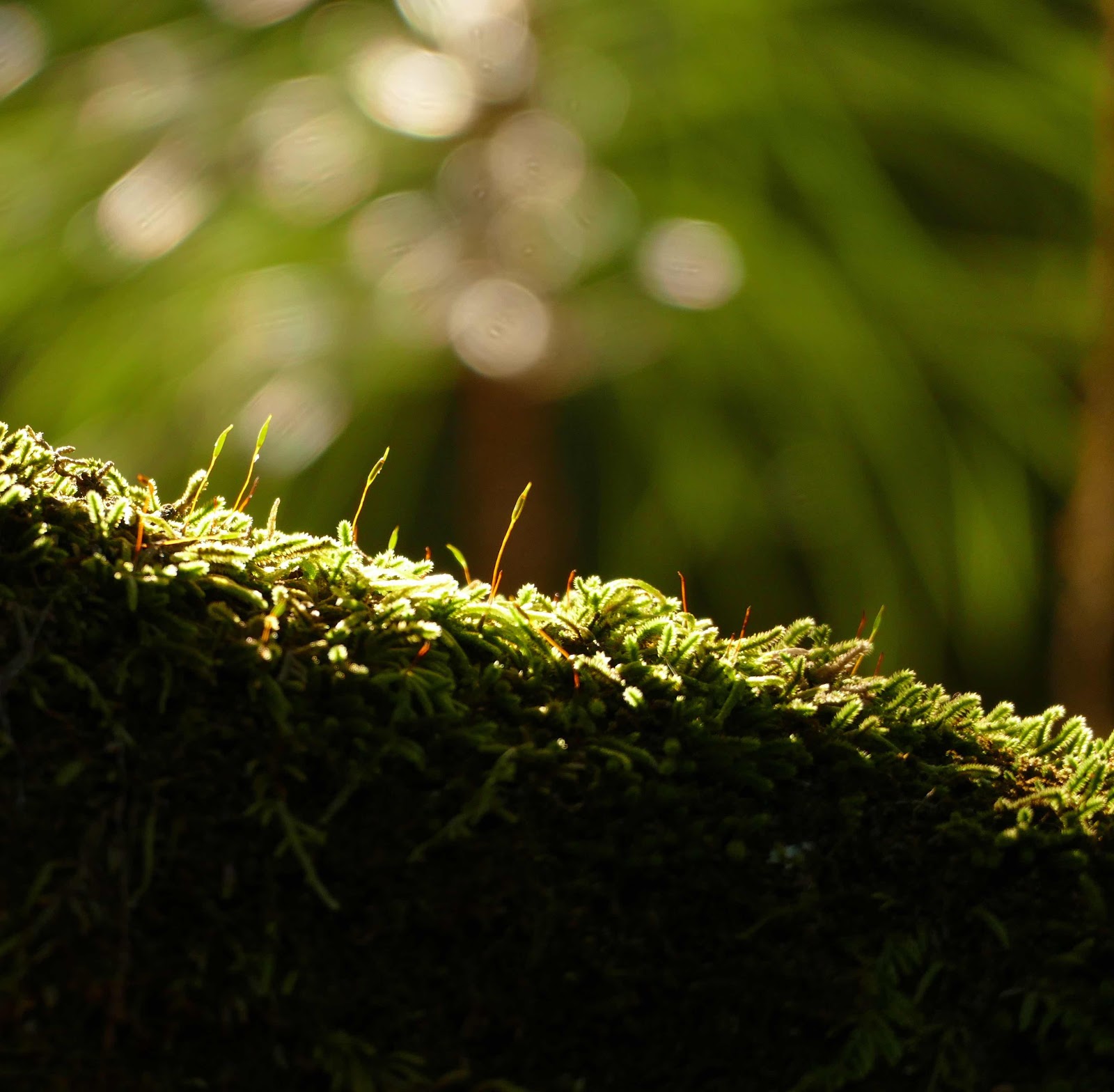 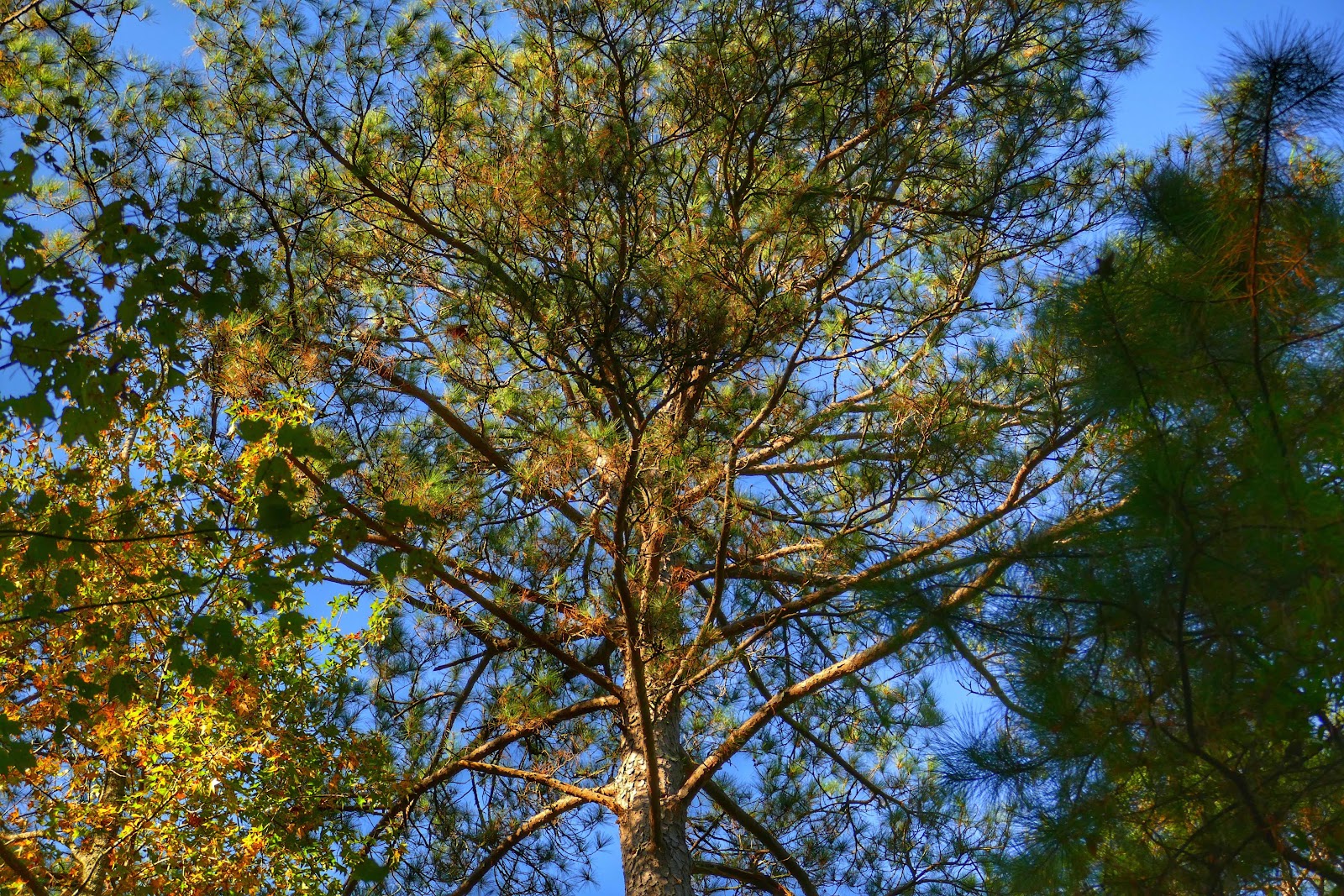 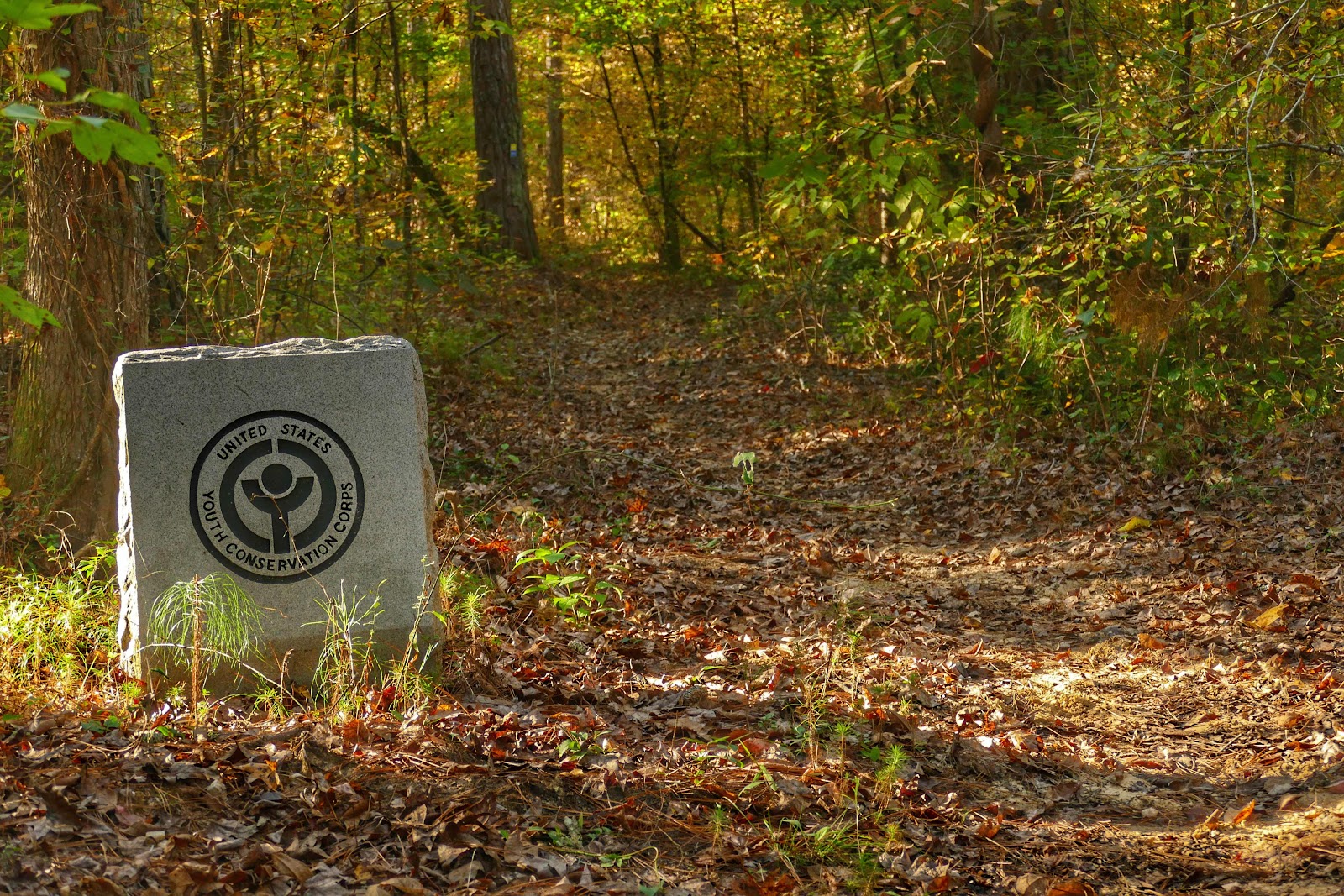 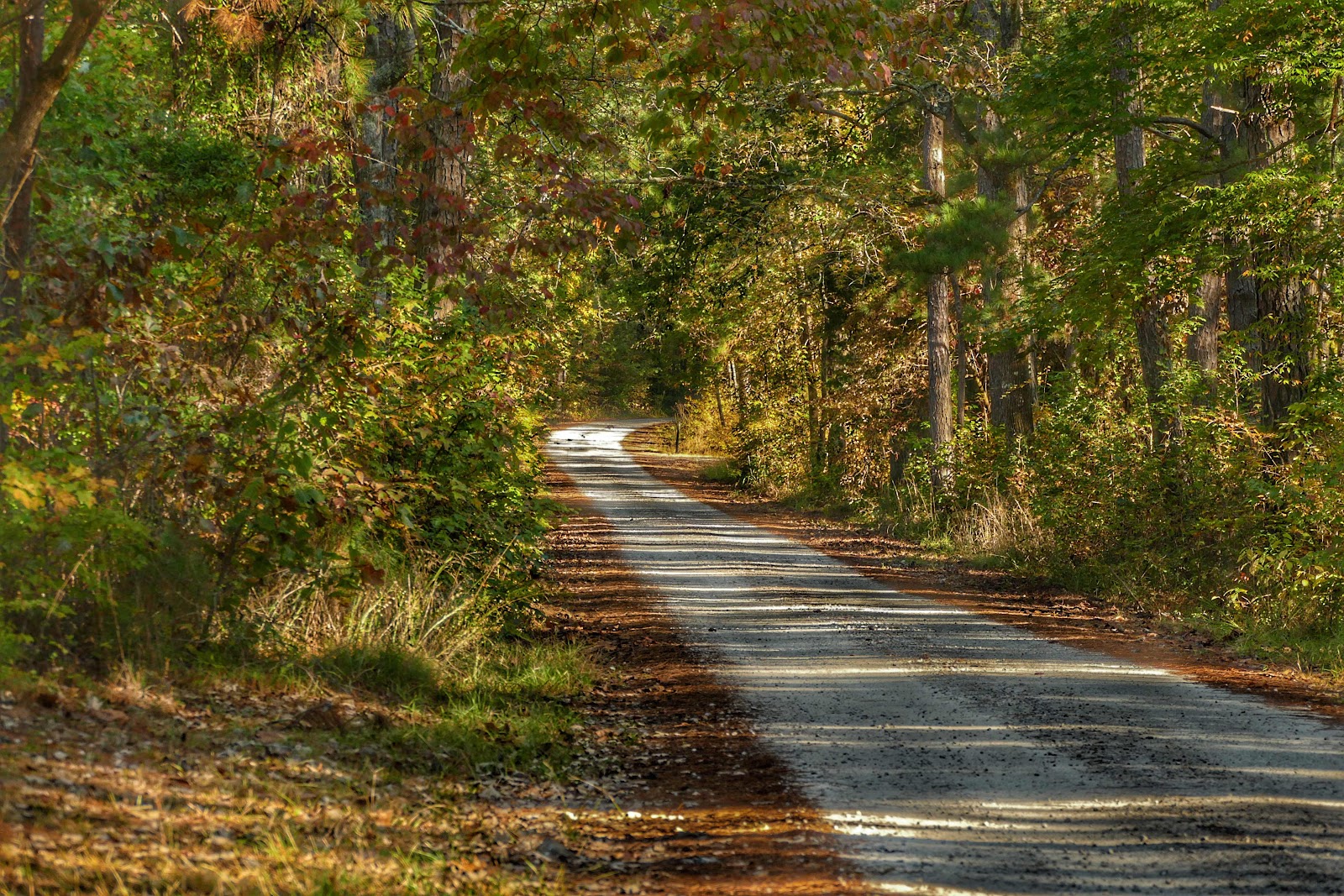 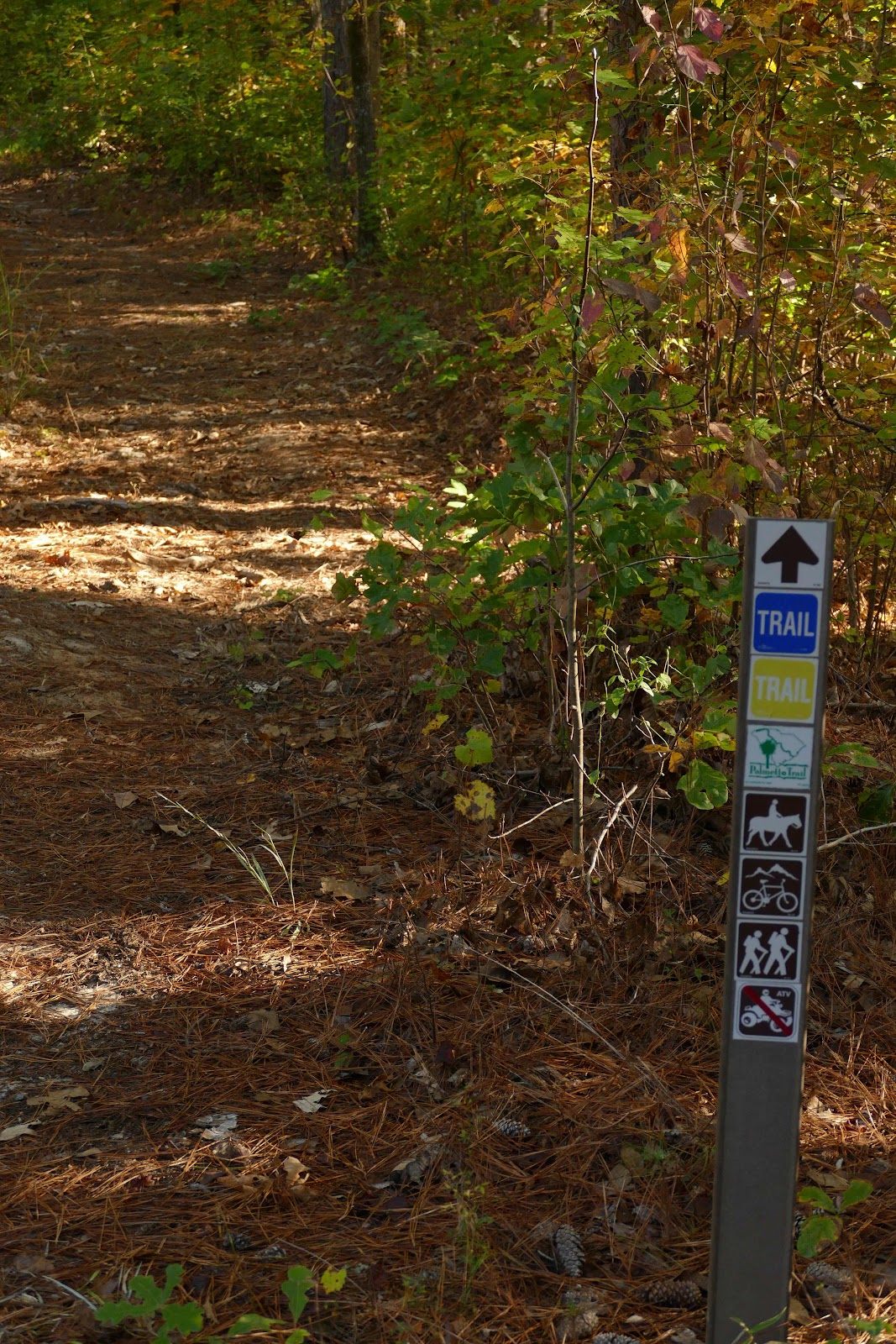 We are going to spend a week with my sister-in-law in the mountains of North Carolina which my wife pointed out was expected to be 26 degrees by night this weekend. So what? I replied. Then we both collapsed laughing.  I have no idea how is will this will go but you know what? We’ll live. 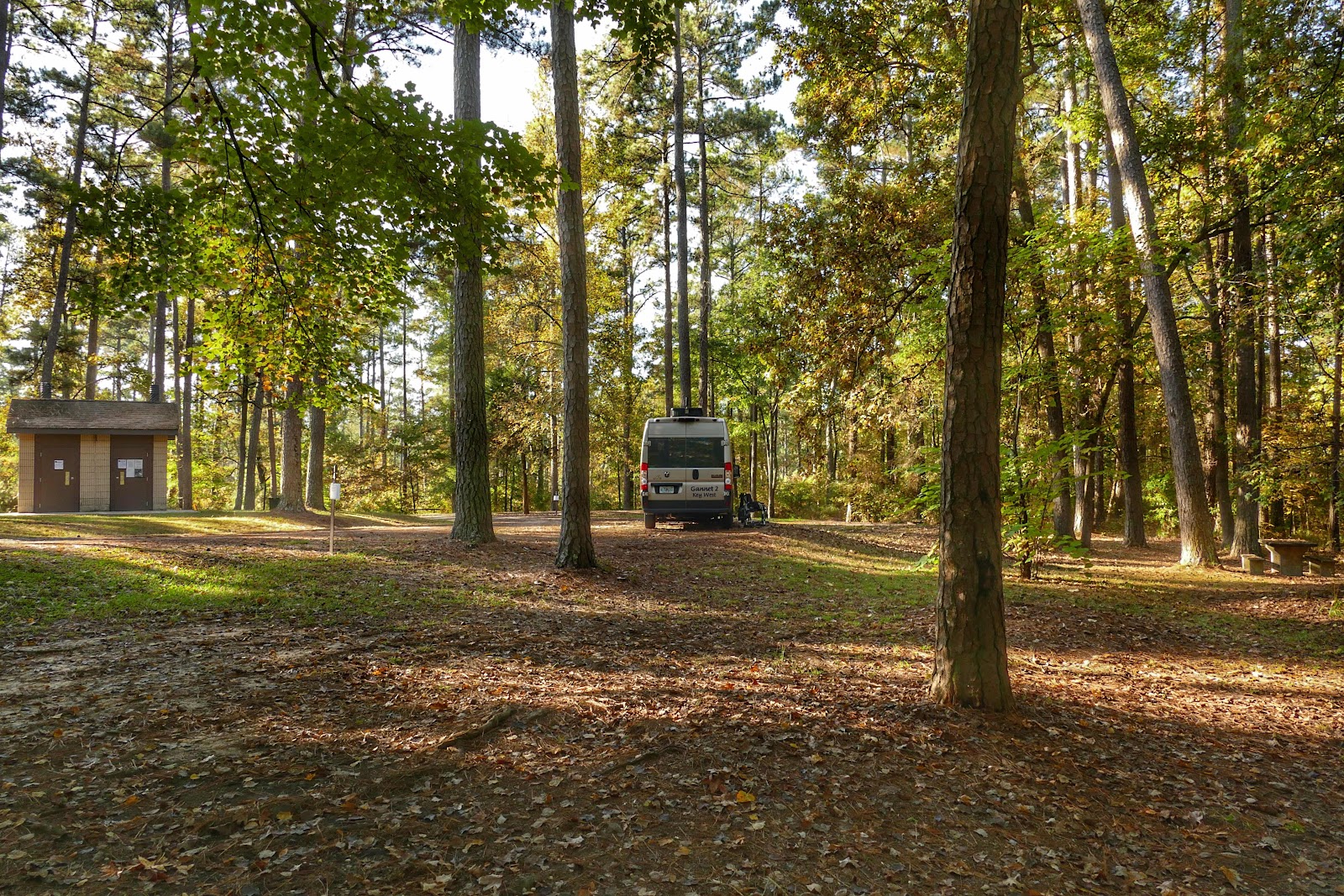 By the way this campground has the cleanest best smelling pit toilets in the Western World. The whole place is maintained like a park by two old men working in a pick up truck and whom I approached to thank for their work.  I trust they will one day pause to enjoy their Federal pensions from the US Department of Agriculture because they deserve them. 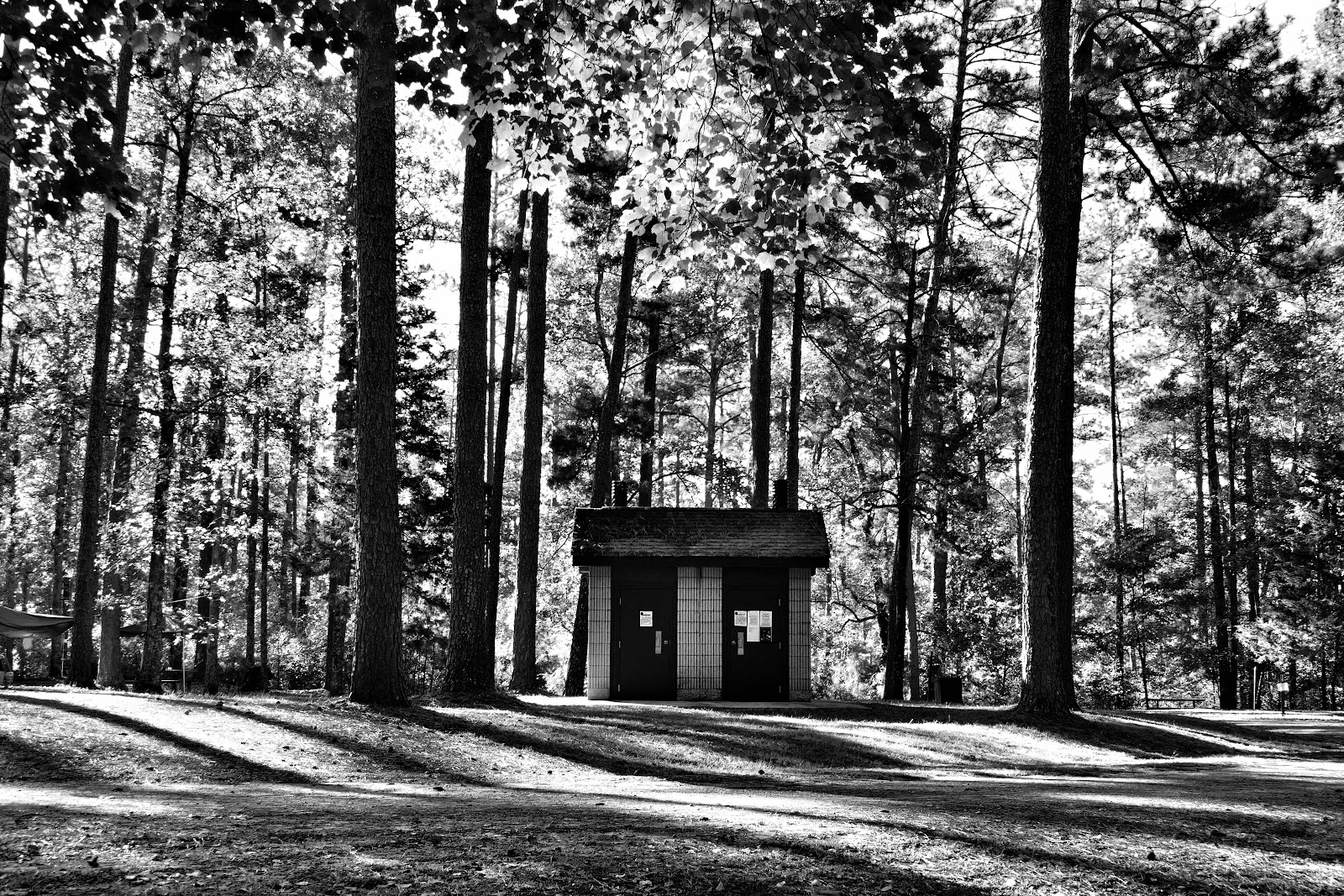 I like this sitting still lark. I could get used to this.  I may have to. 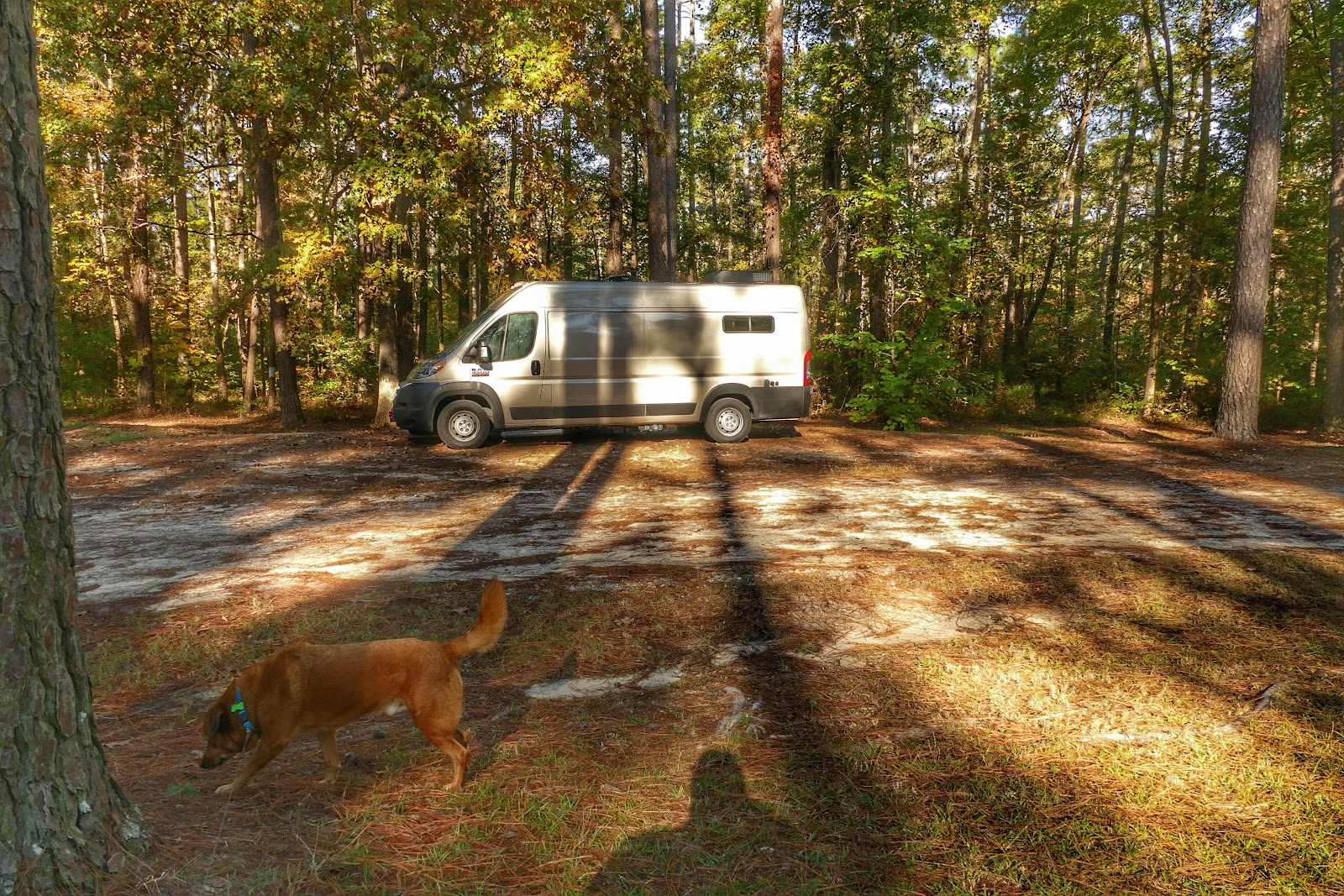