During the height of the lock down in Key West the people one might come across were few and far between certainly, but they also belonged to one of two categories, occasionally both at once. 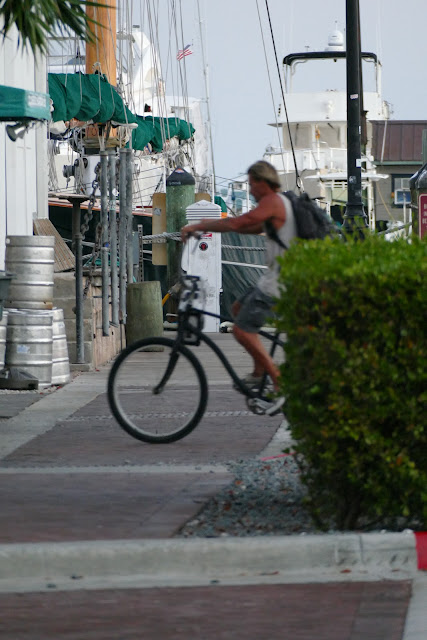 One group, the dog walkers, are easily identified when one is walking Rusty, who stops stares and points with his nose when another dog is anywhere in the vicinity. The other group of people wandering apparently at random are cyclists. Some are going somewhere and others are meandering through a life not terribly compromised by the coronavirus. 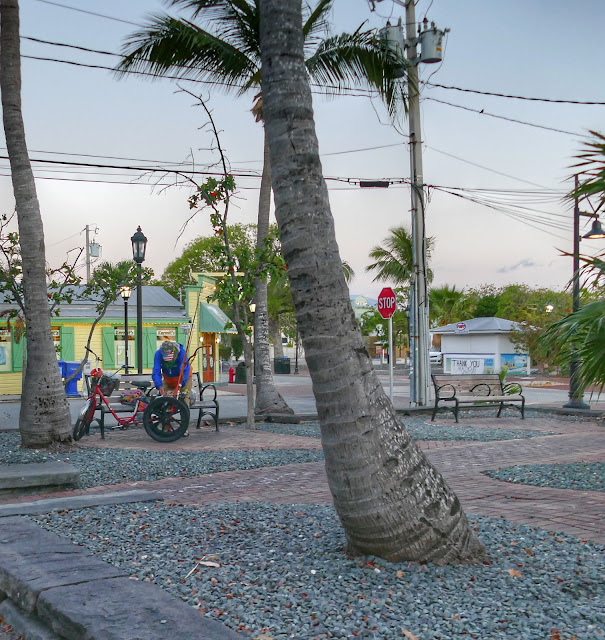 The stationary nature of life I have documented with piles of leaves but for some bicycles life was frozen by the lock down and they find themselves deflating at a bike rack, frozen in time. 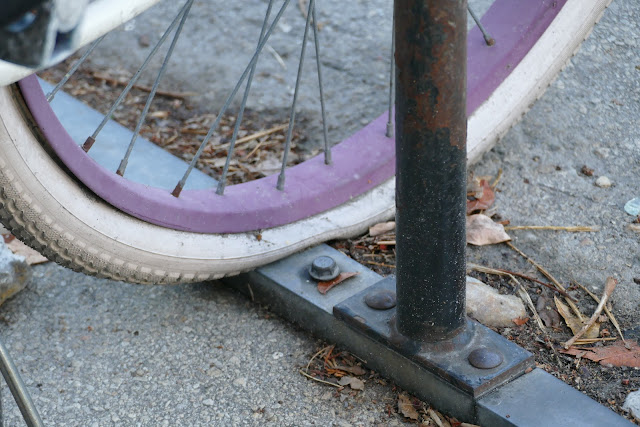 Key West; the city where garden ornaments must be padlocked in place or be lost: 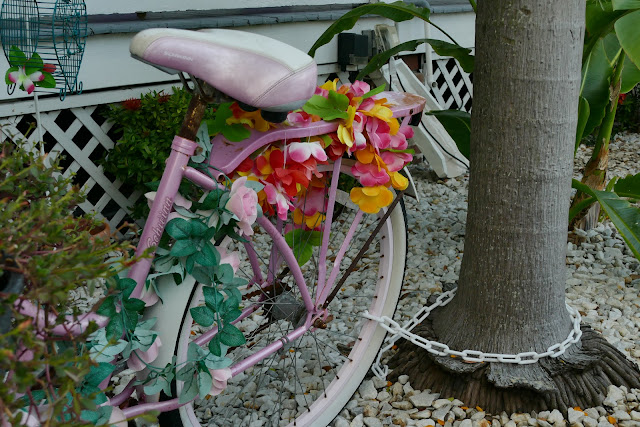 Mornings on a skateboard on Duval Street. I wondered, after the second time I saw him planted in the same spot if he were waiting for Juliette. Perhaps she was texting him such was his close attention to the screen. 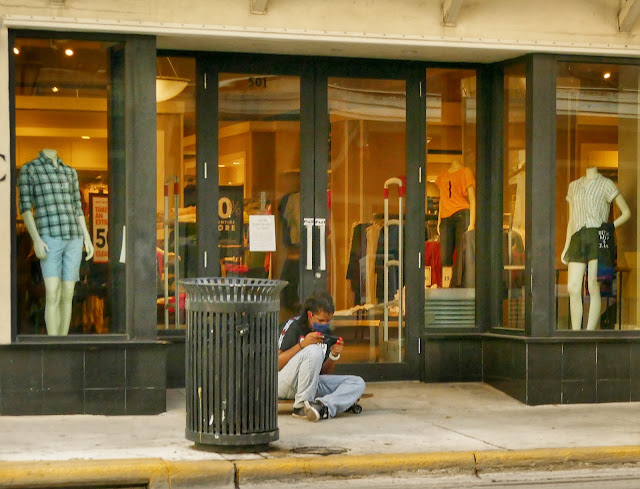 In my misbegotten youth I recall driving a number of balky vehicles that had trouble starting and often found it difficult to keep going. Thus when I saw the coconut Jeep's electrical clips  ready for use I felt a stab of sympathy and nostalgia. 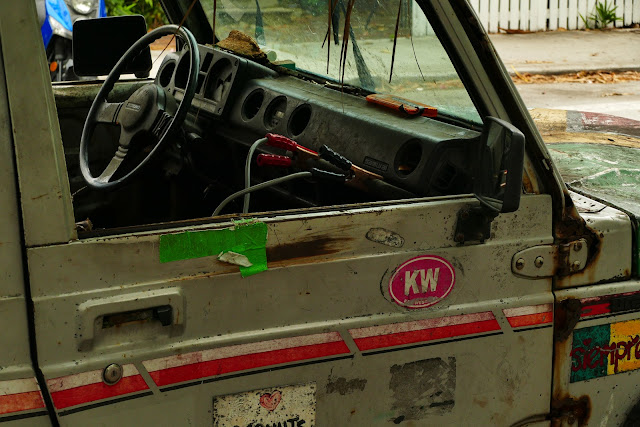 I never drove vehicles as decrepit and picturesque as this but an elderly VW van can be just as difficult to keep functioning on the road. Looking back I have no idea where I found the nerve to tour among Mexico 's undisciplined traffic with that fragile machine or to lose myself in the deserts of Southern California with no cell phone or outside contact to send help should I break down terminally. That I am still alive is a tribute to luck more than good sense. 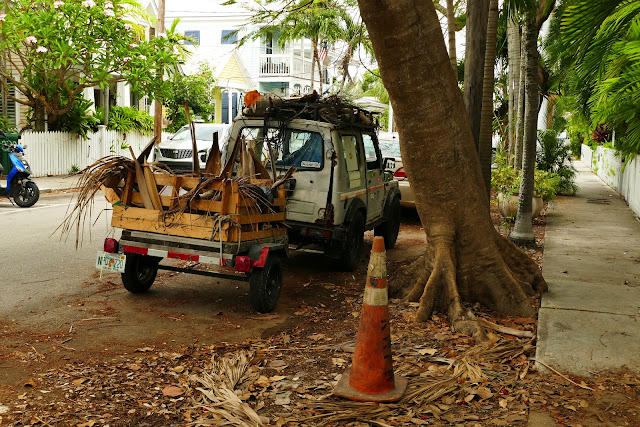 I wonder if I shall look back ever on this coronavirus period with anything other than irritation and revulsion.
Posted by Conchscooter at 12:00 AM 1 comment: