Mayor Cates was quoted in the newspaper as saying, more or less, locals don't go downtown so who cares if locals object to widening the entrance to the Key West harbor to bring more cruise ships to town. Well, that set the cat among the pigeons. They say one should speak truth to power, but when power speaks truth everyone gets annoyed. 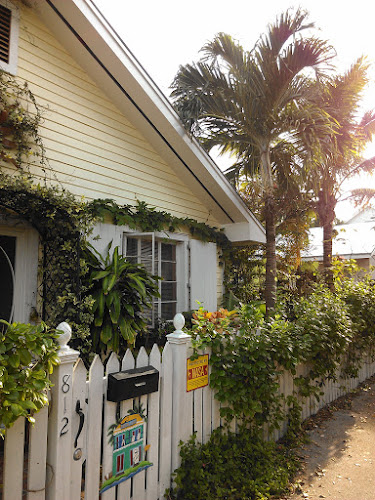 When the mayor says locals don't go downtown he is technically correct if you look at those who he figures are his constituents they don't go to Duval Street much. I have worked with Conchs who tell me adamantly they never go downtown as there is nothing there for them. There is a barely suppressed current of anger in the remarks as though the speaker is casting around for someone to blame. Old Town is the lost paradise of eternal happiness known to some as Shangri La. It is the Garden of Eden from which the Conchs have been ejected for selling their souls for a mess of pottage. Enough with the aphorisms, here's how it happened. 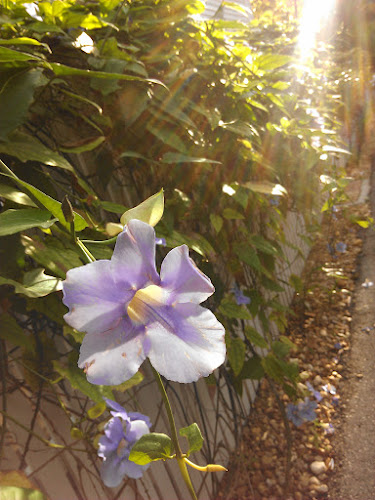 Key West was a navy town and men came to find men here. They also found a run down fishing village at the end of a very long narrow road with superb weather and no facilities to speak of. Electricity came and went and telephone calls outside the local five digits were communications with another world. Old timers like to prove their credentials even today by quoting their phone numbers as five digits. They'll say something like 32929, which assumes that the first two unspoken digits are always 29. Because in the good old days the telephone exchange in town was only represented by 29 so local calls were all five digits only. In any event it became clear a few decades ago to some bright sparks that opening guesthouses in this remote US outpost and inviting snowbound friends to Key West could be lucrative. 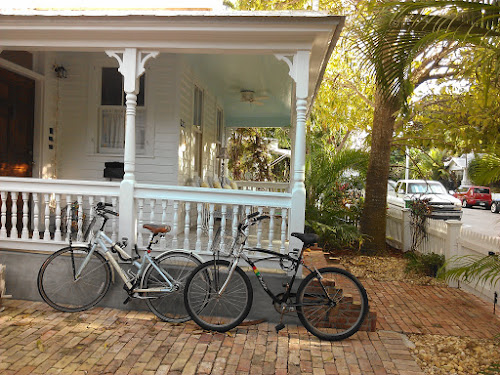 So they bought the run down housing stock and converted it slowly into the glorious mansions and Victorians you see today. A few smart businessmen bought up the shells of businesses on Duval, reduced to penury by Navy draw downs and held fiercely to the dilapidated main drag painfully restoring it and hoping for better times. Which, when they came made the crazy speculators into visionaries. Such is human nature; you're a nutter until circumstances prove you're not. 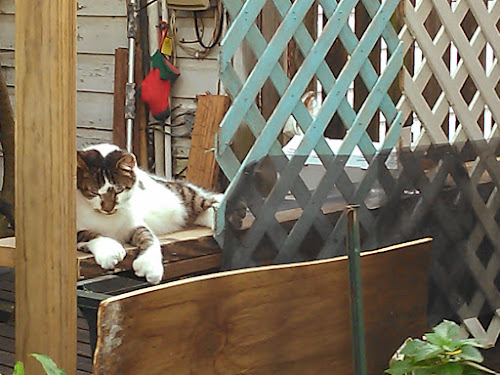 The Conchs who had been living in a small town dependent on fishing and the Navy thought Christmas had come early when they found buyers for their tired elderly homes. Which sales in turn enabled them to buy lots on the former dairy fields on the other side of Division Street (Truman Avenue today). So they too at last could enjoy the American Dream with weatherproof homes, air conditioning, car ports and nice sized yards. We call it New Town today because before Searstown was built in the sixties the land was scrub while downtown is really Old  and always  has been. 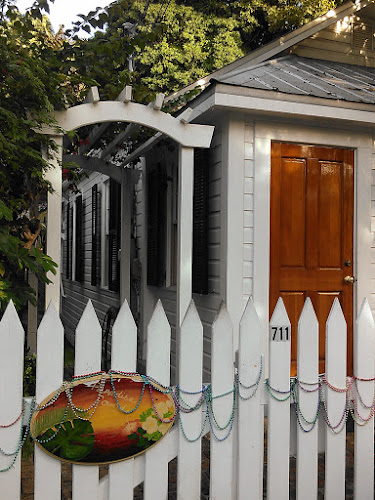 Old Town is where the tourists want to be and winter residents revel in indoor/outdoor living when their less well off friends Up North are shivering and shoveling snow. But the power structure of Key West fr the most part lies east of First Street and goes all the way to Key Haven. So when the mayor says locals don't go downtown he isn't wrong, even though people who do live downtown and don't want more cruise ship passengers get miffed. 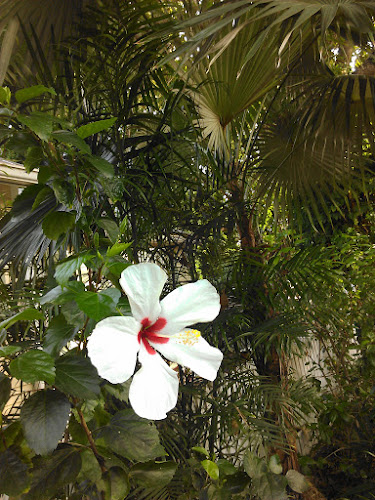 Mayor Cates gets stuff done and he doesn't waste a lot of time on empty talk, which at a time when most national politicians are caught in the spotlight of indecision makes a change. For instance he decided he wanted to build a new city hall at the Glynn Archer School on White Street. City Hall on Angela got a death sentence from mold caused by Hurricane Wilma on a structure already well past it's deadline and the debate was loud and at times acrimonious. Every one had an idea what its replacement should look like. Mayor Cates wanted a historic building easily accessible (to New Town as well of  course) with room for parking. He just had to bend the obtuse school board to his will. They bent. 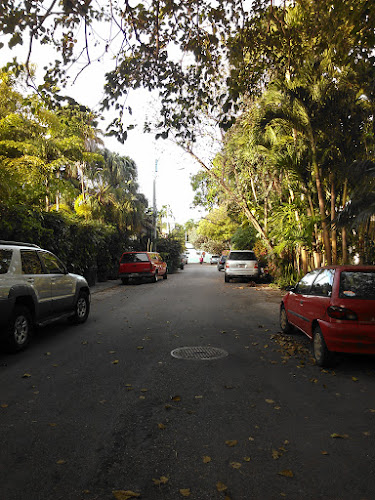 The Truman Waterfront has been handed over to the city long since by the Navy, once again in a military drawn down, and those 34 acres have been sitting. Not anymore and despite the usual clamor for this and that a fancy new park is on the boards, not the ill fated waterpark proposed by Cates' predecessor but the suburban loveliness of gardens, paths and coordinated architecture so beloved of Florida developers across this blighted peninsula. In similar vein plans are afoot to develop and beautify Caroline Street just in time for Pritam Singh's planned hotel. Singh built Truman Annex on the first bunch of superfluous Navy property deeded to the city, a superhuman effort that took him two tries to complete. It got him going on  big developments all those years ago and he still needs to do more apparently. The city will oblige with a spruced up street to front his latest creation. 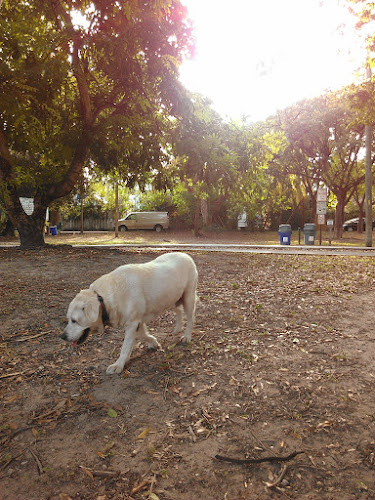 I live in the county and work for the city so as far as I am concerned anything that brings in money works for me. I appreciate the way the city takes care of my job and I do my best to give back value while I sit up at night taking calls from distressed residents. How the city organizes it's streets doesn't have much to do with me though I am among those who don't spend a lot of time on Duval Street. I have never been inside Sloppy Joe's or Ricks though I did once have a beer at Captain Tony's. Mostly I go downtown to see a movie at the Tropic, have a beer at the Porch or take pictures for this blog. 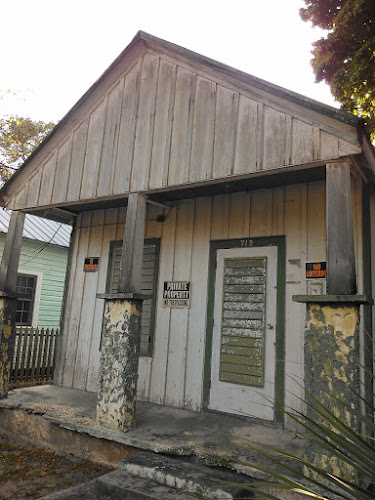 Nevertheless, like many non residents of the Southernmost City I have an emotional attachment to the outcome of these development plans. For the life of me I can't figure how I feel about these "improvements." I like the City Hall plan, that one's easy. Gentrification though is tougher because in principle I don't much care for it, but in practice I like parks and trees and clean sidewalks free of smelly panhandlers. At some level we have to accept that Key West is going through another period of big change which  seems to mean inevitably that funkiness and eccentricity will be pushed further away. The easy money is gone, and people making money off the current mass tourism plans aren't looking for changes, they want more of the same formula that has worked so well for them thus far. It's never a good time for change, so the Mayor is pushing for more of the stuff that is mass tourism. A wider ship channel brings bigger ships and more day trippers. More money is good and the price is Lower Duval clogged with people. But as we have already established the mayor's supporters don't do Lower Duval so that isn't a problem... 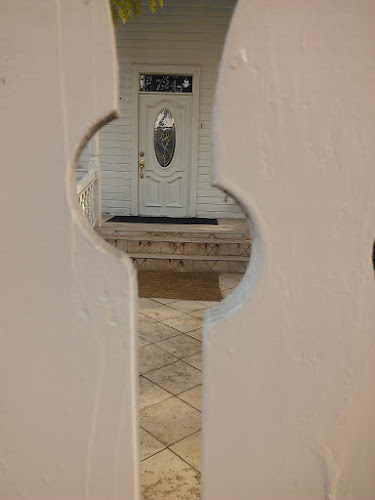 As I wander these historic streets I have my own vision of a Key West I'd like to see come to pass even though I know my imaginings are as vapid as a child's dreams of becoming an astronaut. I'd like to see Duval Street one way with wide sidewalks as a sort of Third Space where people could gather. I recollect walking downtown St Augustine with its parks and open spaces and bum-free sidewalks. I'd like to imagine that with some effort downtown could be welcoming to Conchs and non-Conch locals as well as tourists. I'd like to see the ruinous t-shirt shops replaced with almost anything that appeals to a higher emotion than crude high school fart humor. 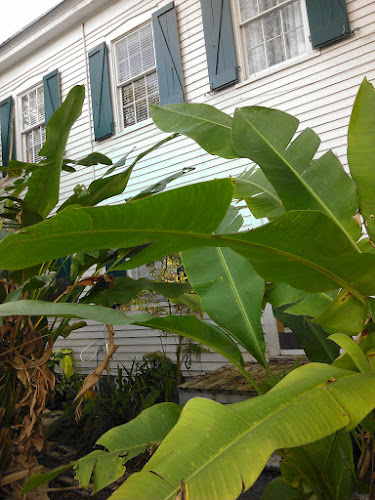 I guess I'm an elitist but I'd rather see some gentrification rather than just letting Old Town's heart go to mass tourism. It's at a tipping point and the tip is leaning the other way, because it's more of the same and thus less scary for those who have businesses based on this mass tourism model. I don't have a stake so I stand on the sidelines and wonder. I wonder how anyone can imagine that if Mayor Cates says the harbor channel should be widened, it won't be. And with that widening will come  vast great  cruise ships that have never before been seen here. The question is, will their passengers negatively affect enough of the city to drive out the wealthy strata of snowbirds and visitors who keep property values high? It doesn't seem likely to me. Cruise ship passengers come and go in a matter of hours, their radius of operations is small, perhaps five blocks from Clinton Square and restaurants do not cater to them. That channel widening will pollute the reef as will larger ships seems indisputable to me, but thus far in the Keys' history the reef has always been sacrificed to immediate economic interests and that won't change here and now, no doubt. 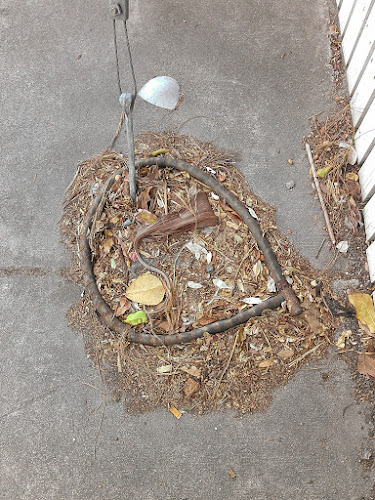 Meanwhile the county is moving ahead with approving a new strip mall at Rockland Key. It turns out Walmart did look at the site and so far seems to have turned it down. The developers hint at another major retailer with interest in the site, Target is high among local hopes, but I'm guessing it will be some second rate anchor store as the population base around here is pretty small for the big popular retailers. Solares Hill had an interesting article two Sundays ago on projected sea level rise which would swamp the areas surrounding the mall which would occupy space near the current porn store alongside Highway One. I suppose that's one reason not to build the mall but by the time Rockland Key floods regularly there will be  plenty of other flooding to worry about around here. I figure I will likely be dead in a couple of decades and without children to worry about, apres moi le deluge... 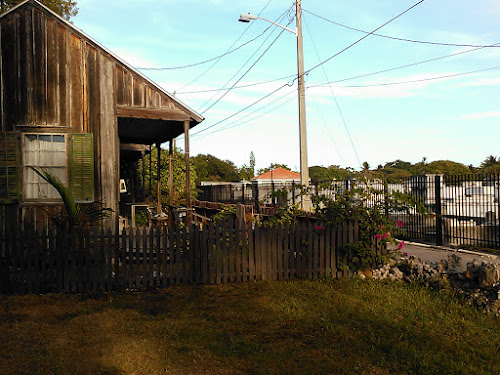 It seems odd, doesn't it, that at a time when malls are failing across the country, when suburbs served by cars are under stress as suburban housing loses value, as urban renewal becomes fashionable once again, Key West seems poised to miss the boat. Conchs who have lived in nice homes for two generations have long since missed out on the mainland shopping experience and this is what they want, and it looks as though in some form it's what they will finally get locally. The Rockland Key Strip Mall won't threaten the t-shirt shops on Duval. More's the pity. 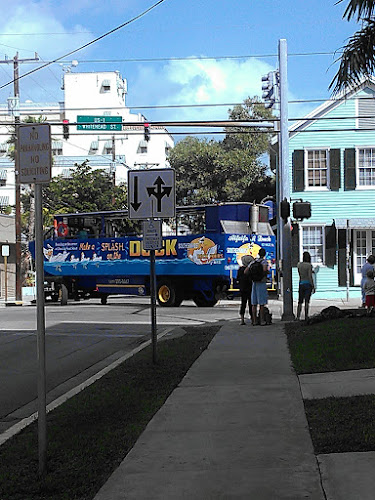 This then is the future of Key West, an urban core devoted to mass tourism and suburbs devoted to internal combustion; driving and shopping separated from residential  development. I can't help it, it just seems so old fashioned and out of date. I wonder why this has to be the path to  success in a town with so much going for it.