I made an effort to get out of the house with Cheyenne as I was feeling  better  and the walls of the house were closing in. My pneumonia is a lot better but I am still coughing and spluttering and not feeling myself. Cheyenne doesn't seem to mind as long as she gets her morning walk. Afternoons are just too hot for her to want to go outside, so we make the most of mornings. 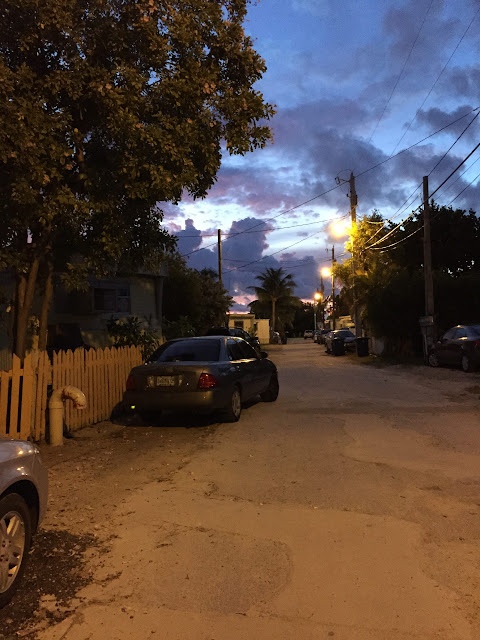 Stock Island is supposed to be getting a  makeover soon with new marinas combining with hotels to change this place from being the light industrial support for Key West, home to the workforce and commercial fishing and become a part of the hospitality industry cash cow. For now the splendid sunrises are the property of trailer dwellers and people cluttering up Boca Chica Bay on their boats. Unfortunately it seems these may soon enough become the good old days. 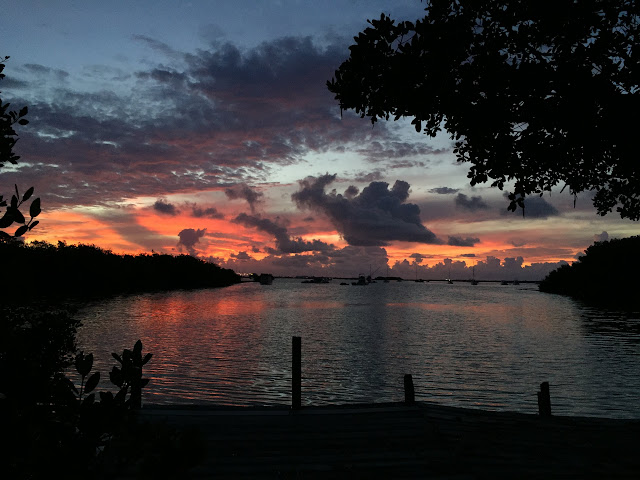 Not everything about working class Stock Island is romantic. Trash collections seems rather haphazard sometimes, which is one reason Cheyenne loves walking here. Every street holds the potential for Labrador treasure. 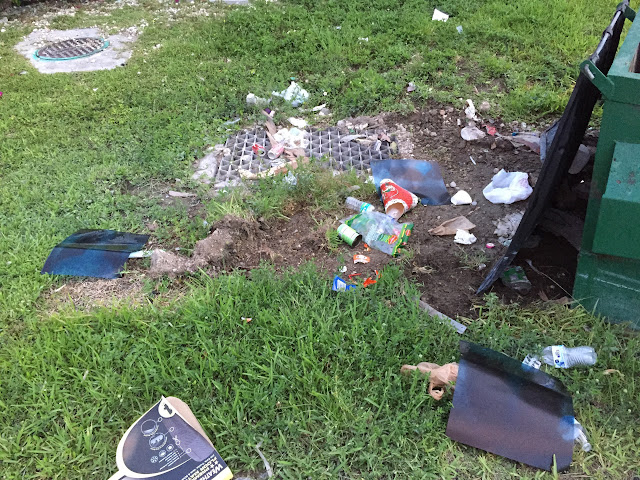 Much of Stock Island is affordable housing, at least by local standards. It's the part of the Lower Keys that puts me in mind of how Key West must have been "back in the day" that awful phrase used to signify the unknowable and thus impossibly desirable. I thought Key West was too remote and too rough  in 1981 before the great land grab really got underway. I was young and the bright lights of California beckoned, a place where things happened. Key West then appeals more now, paradoxically. 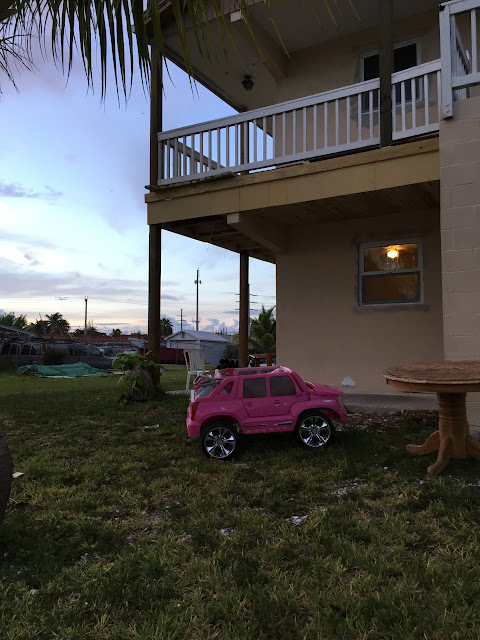 Stock Island is where you park your scooter with all keys present and leave a twelve pack of soda on the foot boards and no one touches it. 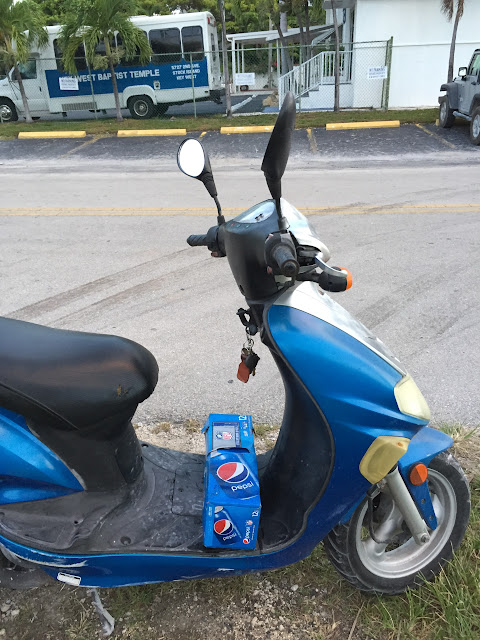 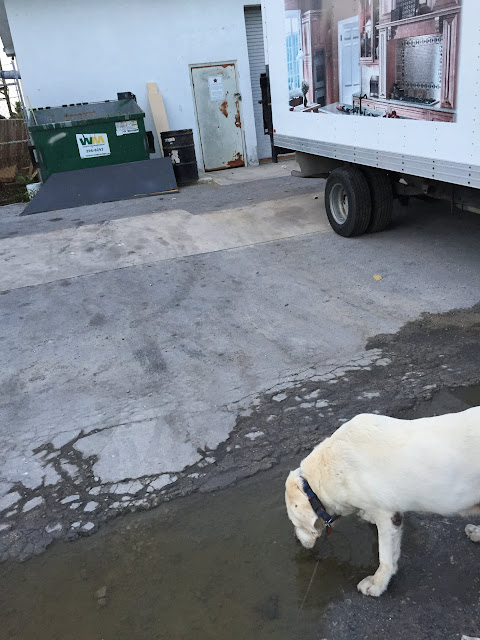 There is a relatively new coffee shop on the main drag, Maloney Avenue. As far as I know Maloney Avenue is named for the railroad doctor John Maloney who, with Henry Flagler's help opened a hospital in Key West as well as running the city pharmacy. Then for some reason they named the main street through Stock Island after him. This is where they have benches and umbrellas to enable patrons to enjoy the riviera-like atmosphere of downtown Stock Island. I'm told the food is quite good. 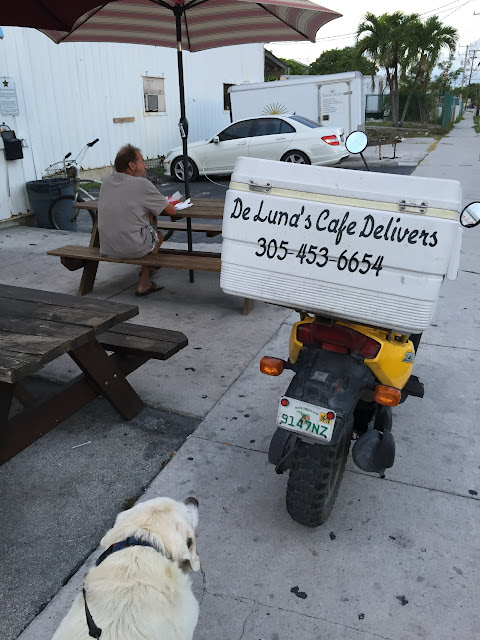 And if you have a few million to spare and plans for upscale housing this is where you can come and start the redevelopment ball rolling earnest. 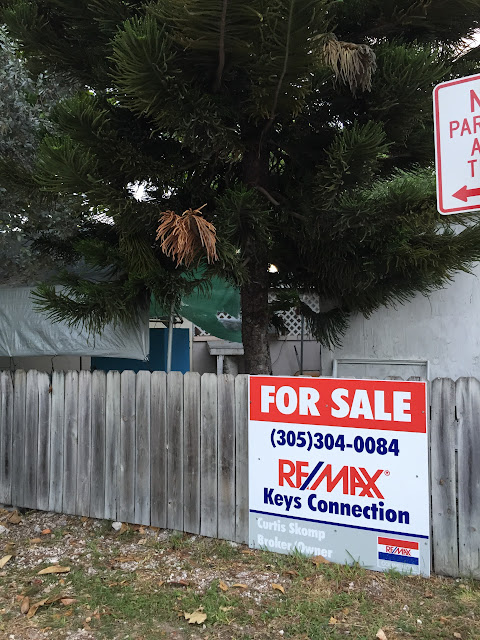 I don't suppose chickens will be tourist attractions in the developed future of Stock Island. But who knows? 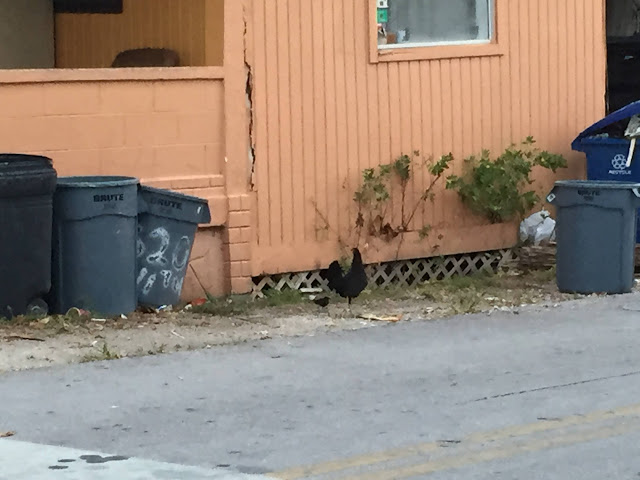 Looking north with the Overseas Highway in the distance. Down here, a different world, perhaps better, less frenetic, perhaps not, perhaps just crowded and messy and holding its breath. 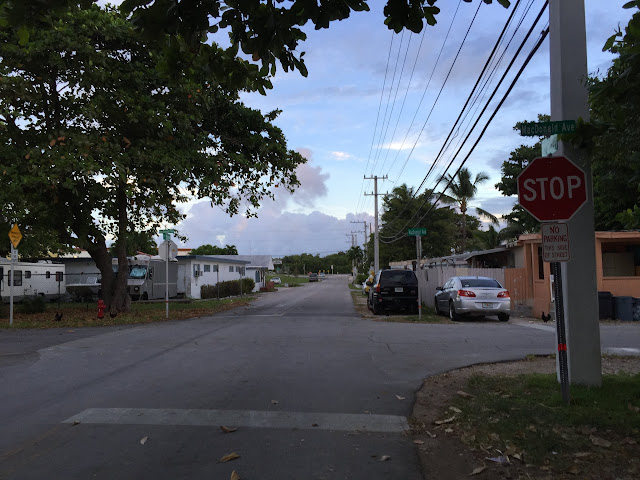 A  housekeeping note or two:


My podcasts are still going strong and doing quite well according to my Producer at travel and safety. This week I interview a new arrival in the U.S. from Morocco... a long cultural journey.


Also sometime this month I posted my 4,000th essay on this blog which started in June 2007. My postings have been a bit random lately as I have been struggling to overcome my walking pneumonia. Google rates my page, which I consistently decline to advertise as ranking somewhere around 1.1 million around the world in the number of views which figure I find astonishing. I suppose after eight years of daily photo essays one shouldn't be surprised. Thank you for reading.

My wife and I mark our 21st wedding anniversary today. We had a bit of difficulty remembering exactly what day it was in 1994 but in the end we settled on the 21st of August. Not bad. That it has lasted this long is quite surprising too, honestly. We've had some adventures, none quite like the one we are currently engaged in, creating a  start up company but that too is keeping our interest and building our stress. Better to have been out sailing...or drying out on a beach in Costa Rica: 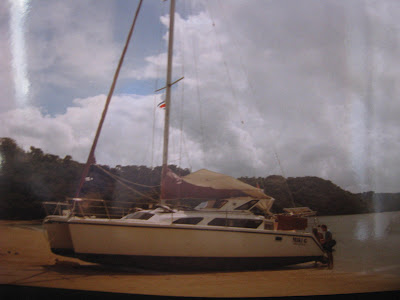 Or transiting the Panama Canal in 1999. 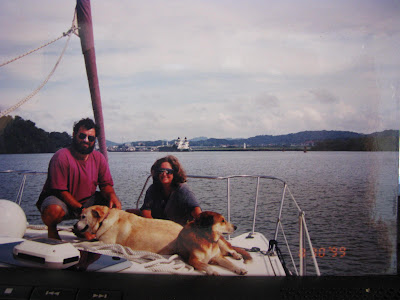 Who knows what the future will bring?
Posted by Conchscooter at 12:00 AM 3 comments: