A Gannet In Marathon

Marathon has a rather cool motorcycle rental shop which  seems to have weathered Hurricane Irma: 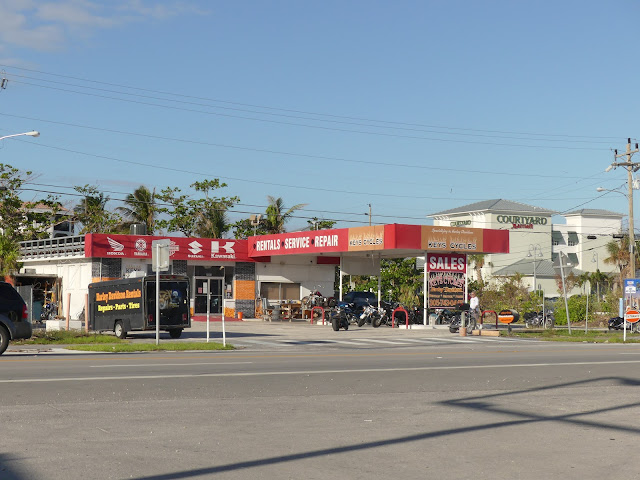 Pigeon Key has re-opened for business out of a trailer: 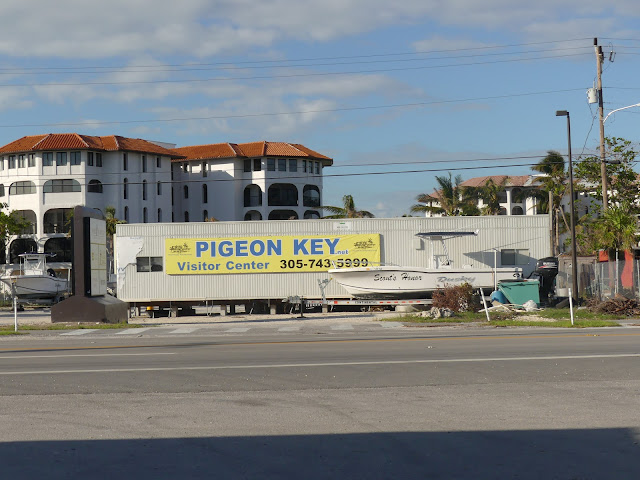 But  my business took me to the  boatyard for a quick check of the circumnavigating Moore 24, a lightweight racing boat designed for the downwind "sledding" in California coastal conditions. 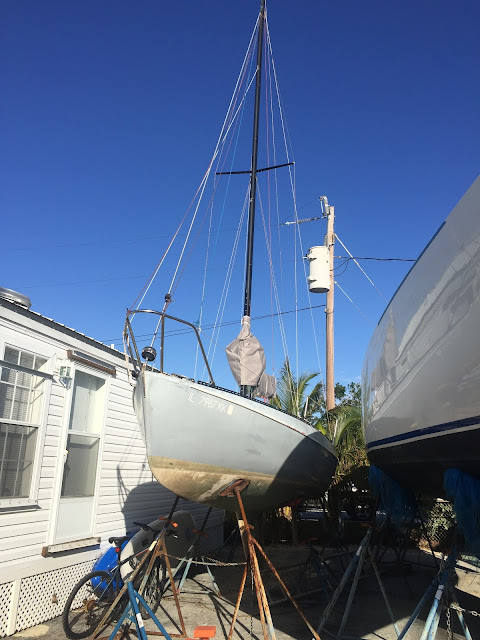 It's owner Webb Chiles is on his sixth time round the world on about as small a boat as you can imagine though he did once get almost all the way round on an open boat. Check this LINK . 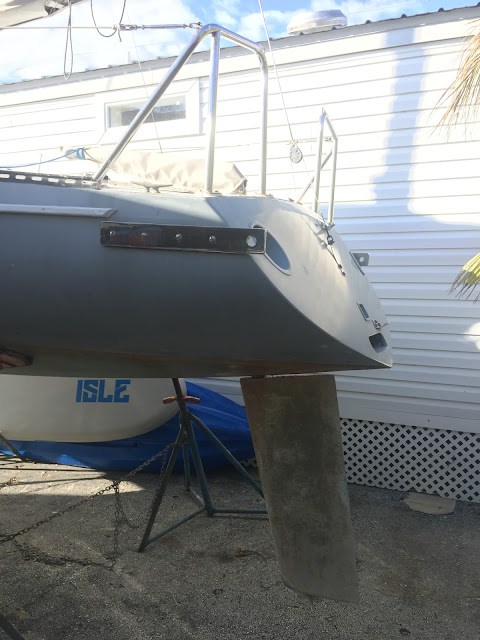 I climbed the ladder and found myself surveying his tiny domain 24 feet long and three quarters of the way around the world. 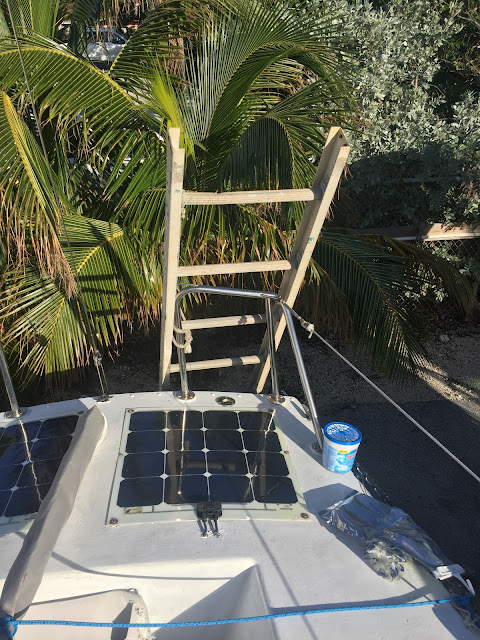 I feel an awesome responsibility doing the minimal stuff I do as Chiles admires this boat a great deal. 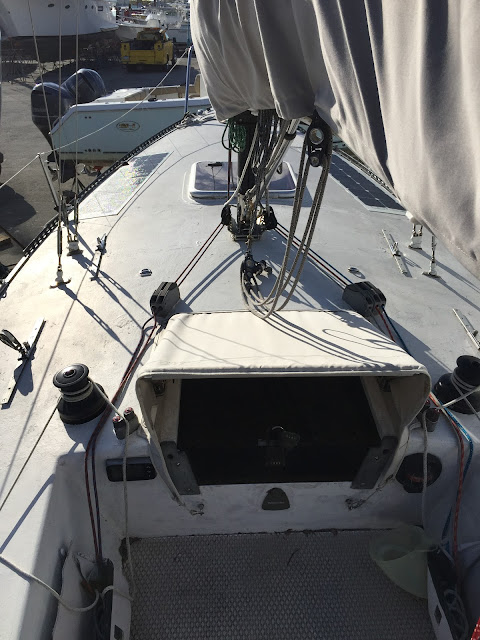 
Gannets are seabirds comprising the genus Morus, in the family Sulidae, closely related to boobies. "Gannet" is derived from Old English ganot "strong or masculine", ultimately from the same Old Germanic root as "gander".[1] Morus is derived from Ancient Greek moros, "foolish", due to the lack of fear shown by breeding gannets and boobies allowing them to be easily killed.[2]
The gannets are large white birds with yellowish heads; black-tipped wings; and long bills. Northern gannets are the largest seabirds in the North Atlantic, having a wingspan of up to 2 metres (6.6 ft). The other two species occur in the temperate seas around southern Africa, southern Australia and New Zealand.
Gannets hunt fish by diving into the sea from a height and pursuing their prey underwater. Gannets have a number of adaptations which enable them to do this:
Gannets can dive from a height of 30 metres (98 ft), achieving speeds of 100 kilometres per hour (62 mph) as they strike the water, enabling them to catch fish much deeper than most airborne birds.
The gannet's supposed capacity for eating large quantities of fish has led to "gannet" becoming a description of somebody with a voracious appetite. 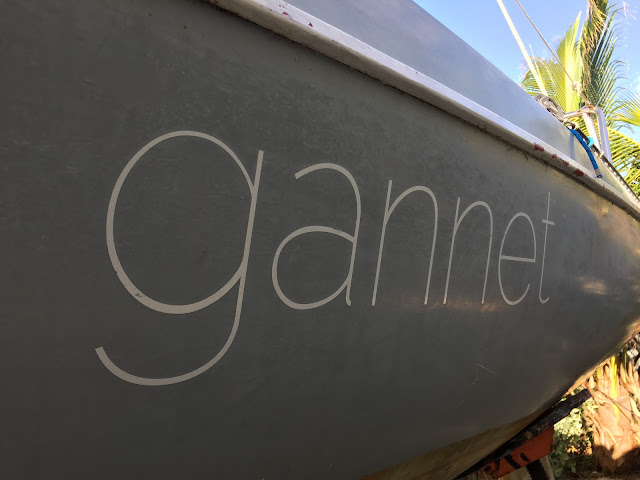 It's not a lot of boat for such a journey but so far so good. 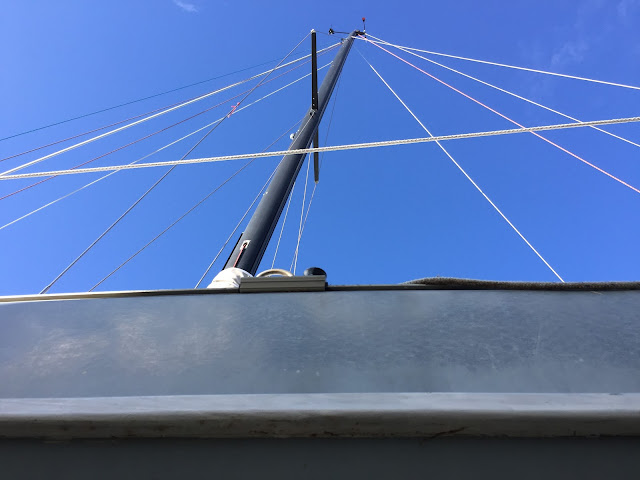 I met my wife for wings at Marathon Grill and Ale House where they have local beers from Key West and Islamorada Brewing Company (Iguana Bait? quite delicious and not all IPA bitter) 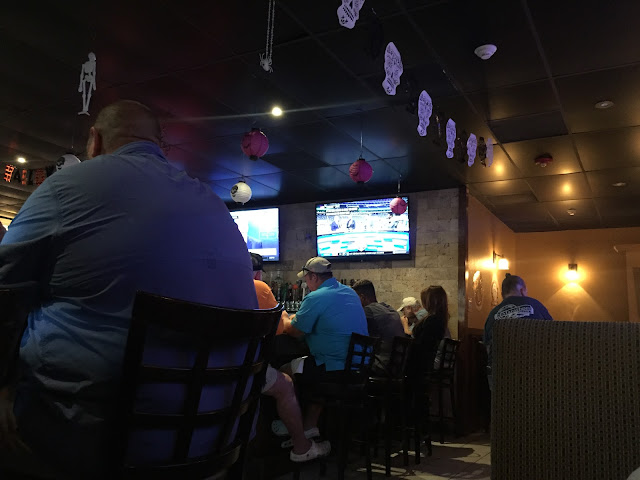 We had a beer each and 16  wings of different flavors for less than 20 bucks according to my accountant. 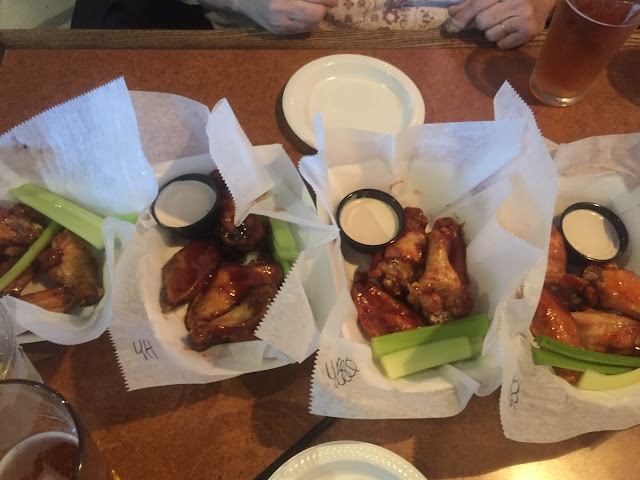 And so homeward over the seven mile bridge: 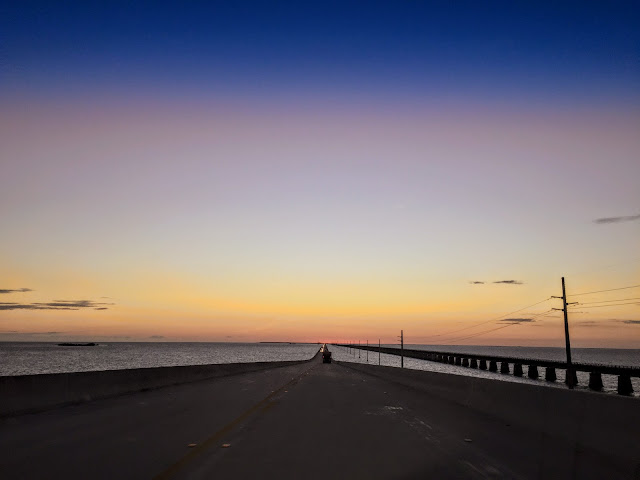 And there was a full moon when my patient small brown companion needed to stretch his short active legs. 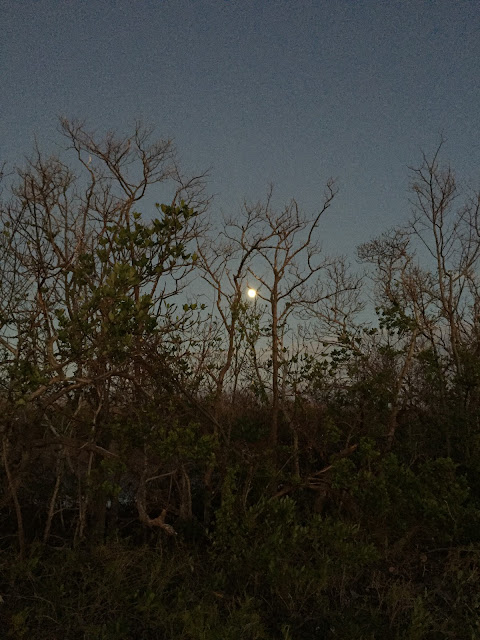 A pleasant Friday afternoon.
Posted by Conchscooter at 12:00 AM 1 comment: