Next time we are in St Petersburg we will visit the Museum of Fine Arts but my wife had heard about this exhibit and was hell bent on seeing it. 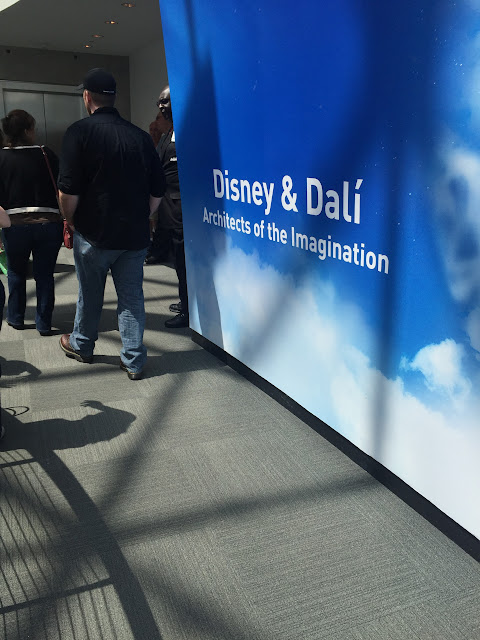 I had no idea Dali spent his war time years in the US collaborating with Walt Disney but the show demonstrated what a profound influence  surrealism had on Disney. Indeed looking at animated movies from the 30s you would hardly credit the saccharine corporation of today with being rooted in such outrageous short films. 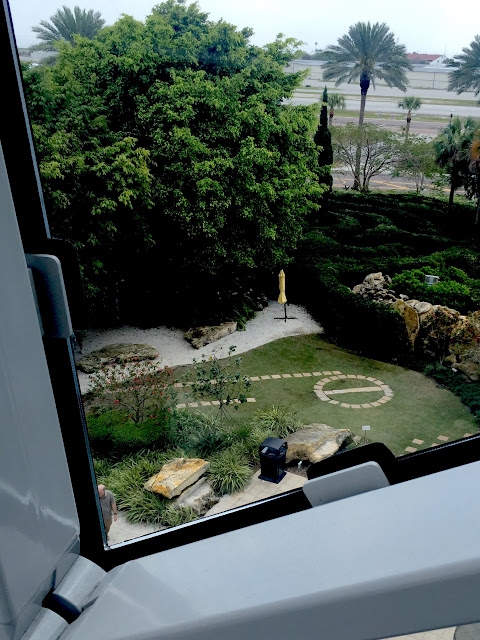 The exhibit drew quite a crowd comparing the lives of Dali in Catalonia which reminded me of my Italian childhood and Disney growing up in Missouri which reminded me of nothing in my life. I found it odd to be suspended in the worlds created by the two men, one from my youth and one from my adulthood. I saw movie influences which I recognized from later films rooted in the art work of Dali and the film scenes he created for Hitchcock and Disney. They were as was explained in the exhibit, artful self promoters though I saw Disney as more of a sell out to the mainstream while Dali stuck to his grotesque dreams and sold them anyway to a public at large seeking some contact with his world of art. There was a museum full of people to see it: 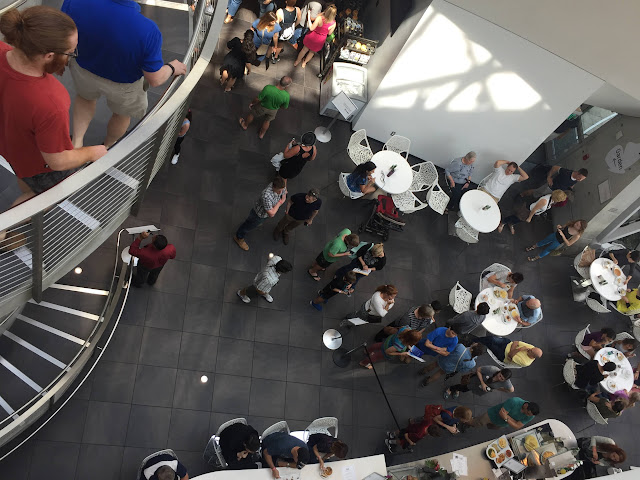 Which reminded me of his ant obsession: 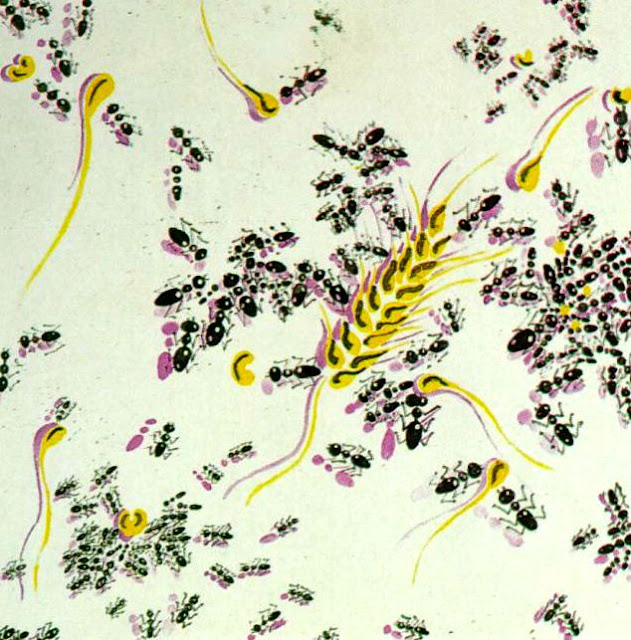 I pondered whether people really would drink from or swim in the fountain outside were there no sign prohibiting such activities.  It seemed rather surreal to me: 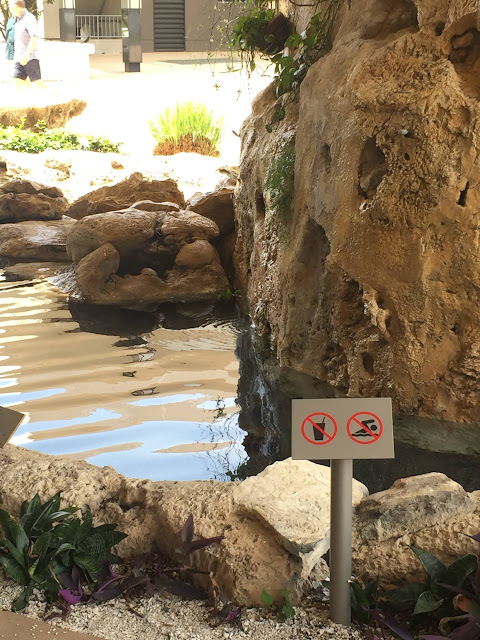 We spent a couple of hours wandering and headed back to the car with the air conditioned dog inside sleeping. 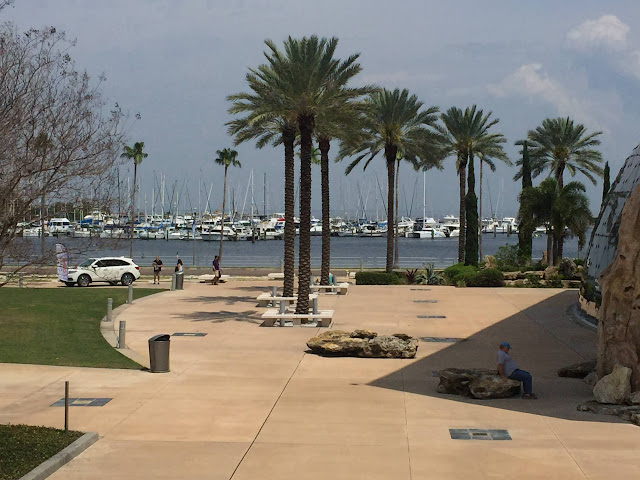 I was surprised the parking lot upstairs was as empty as it was considering how many people were inside the place. Perhaps they preferred to park in the sun closer to the building itself.  Walking is not a popular pastime but most people in Florida would rather park in the shade. 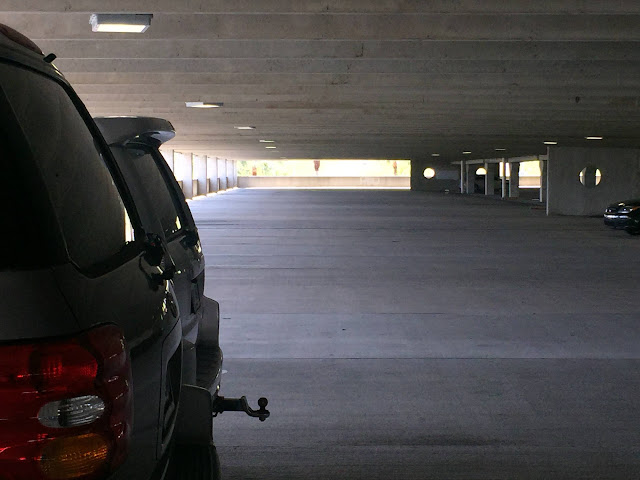 I liked the shapes so I took a picture and here it is. 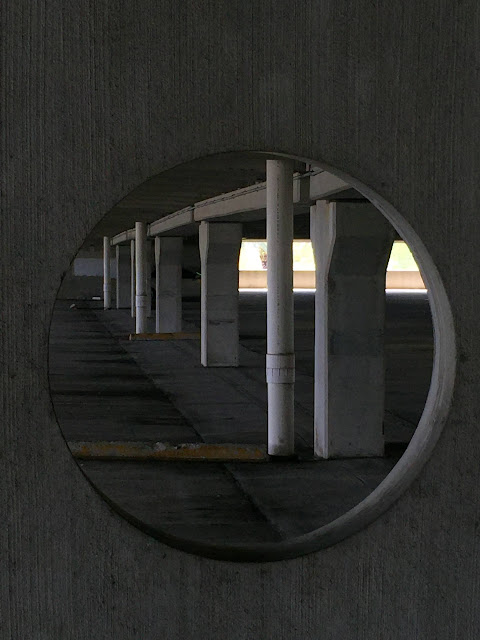 And the surrealism did not stop at the museum gates. Walking the ever patient Rusty we found this sign which made no sense to me. 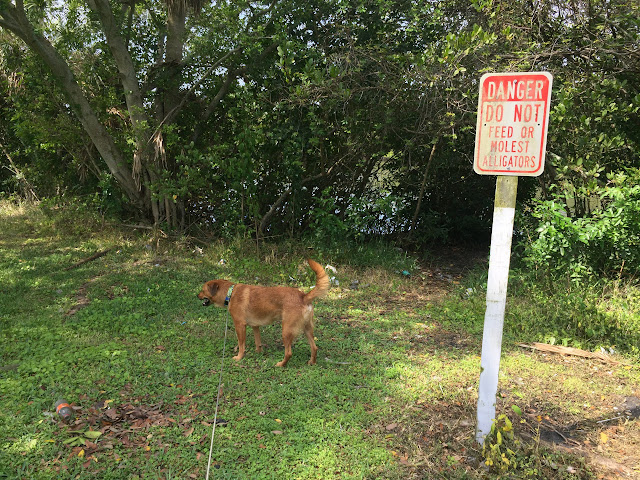 We saw no alligators.

Posted by Conchscooter at 12:00 PM No comments: