Arrival in Key West before dark, a crowd at Sandy's, but we are going to eat across the street, my wife and I with an out of town friend. 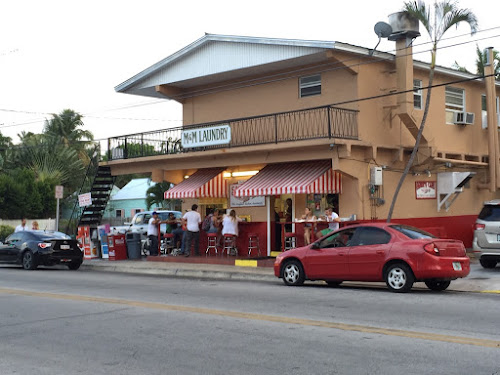 There was a female singer and guitar player at Bistro Sole who set the perfect tone, gentle music, loud enough to be audible but not too loud to impair conversation, good musical selection, I'd have enjoyed listening to her without the food. 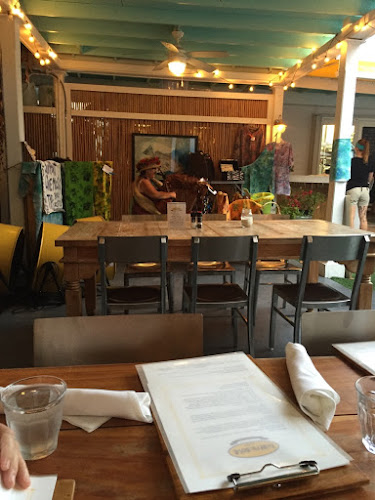 Ed and Marilyn are going back home to Maryland so it was a farewell dinner for another six months. 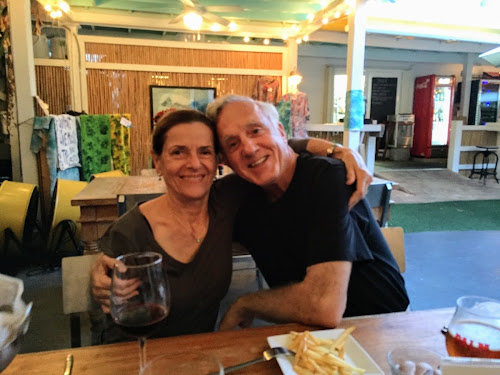 None of us were familiar with Bistro Sole and their new menu and new attention to detail. Apparently the place has gone through a revamp and is, in its present incarnation first rate. Like the fries we ordered for a shared appetizer, duck fat decadence. 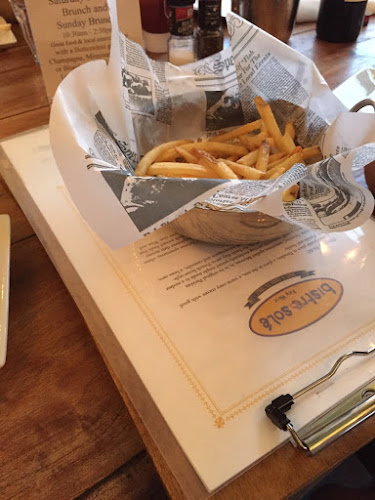 Therese, my wife and I all had the Portuguese pork and mussel dish which was really quite good. Therese, the international traveler has had the dish in Portugal and pronounced the Key West version excellent.  My wife and I shared a bowl and it was quite filling, big chunks of pork, lots  of clams and a delicious tomato broth that was delightfully free of salt flavoring. 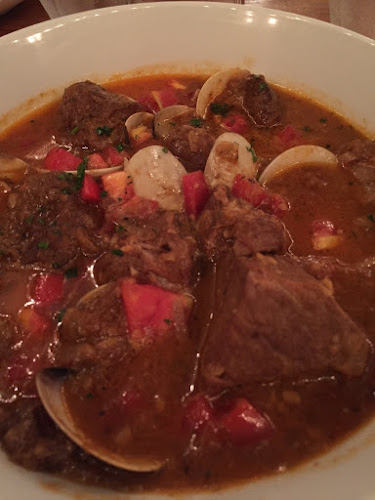 We had a couple of bottles of Sangiovese red wine, which at $28 a bottle was quite a good deal. Ed had escargot which he enjoyed though I view snails as a vehicle to eat melted butter and garlic which is not supposed to be the point. His wife had the vegetarian plate and it looked really good, unlike the usual grilled vegetable apology restaurants offer vegetarians. Marilyn isn't actually a vegetarian but she wanted vegetables and got a great selection. 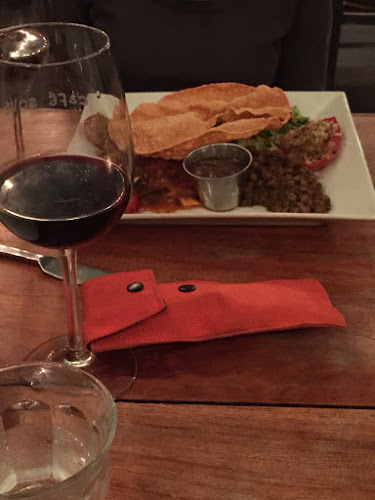 Bistro Sole did not get rave reviews when it opened but apparently they changed a few things and this place is really quite excellent now.  On a cool breezy evening we were there it was wonderful sitting out and they allow dogs in the outside courtyard which I didn't know so Cheyenne stayed home. 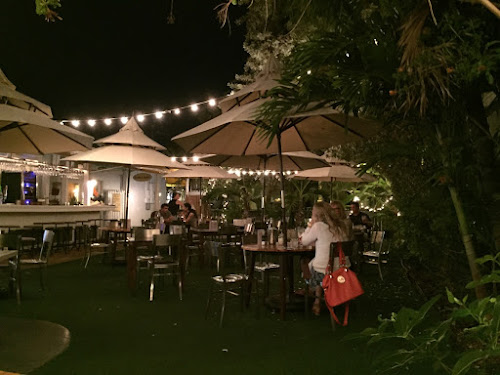 We did have a rather expansive meal, I have to say and we shared two desserts, passing them round the table, my wife was in the chocolate pecan pie crowd. 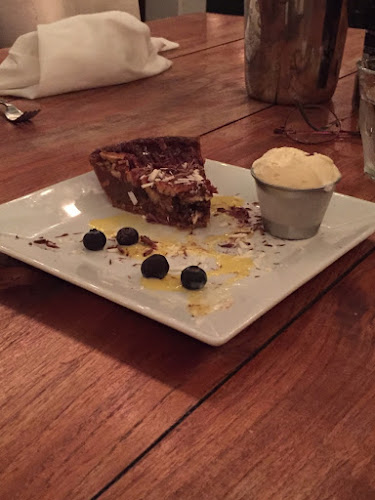 Marilyn and I were on the side of the angels, which is to say to wanted, and got, a banana chocolate chip bread pudding, as soggy and gooey as you might imagine and utterly delicious. 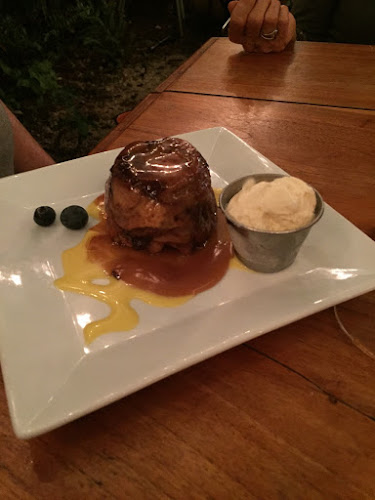 The loo startled me just a bit with this stranger hanging around checking me out as I unloaded a fair bit of wine and water under her supercilious gaze. 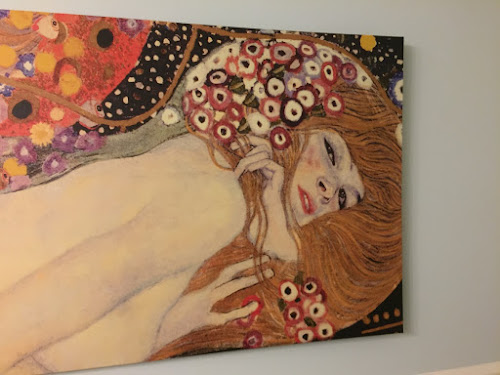 In the height of summer, and we will be back this place is that good, air conditioned dining will be available here: 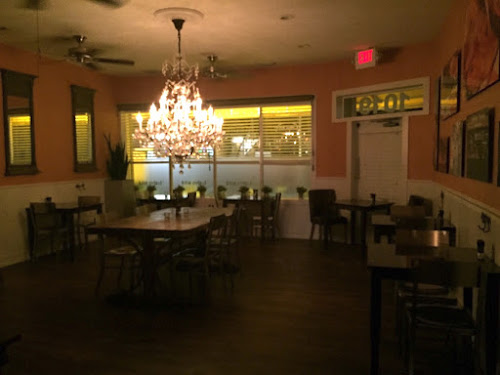 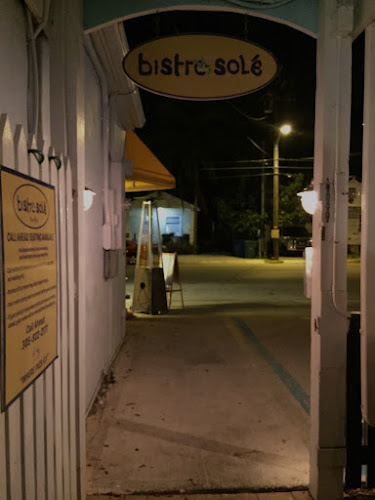 It was dark by the time we got outside and gathered our senses prior to the forty minute drive home. The octogenarian Ed led his younger wife off on their bicycles pedaling vigorously back to their Old Town home. 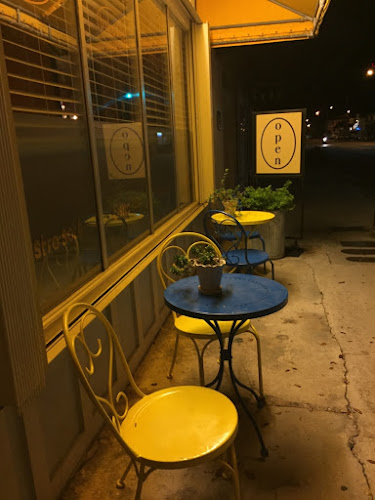 Sandy's was still drawing a crowd, an oasis of light under the ink black sky. 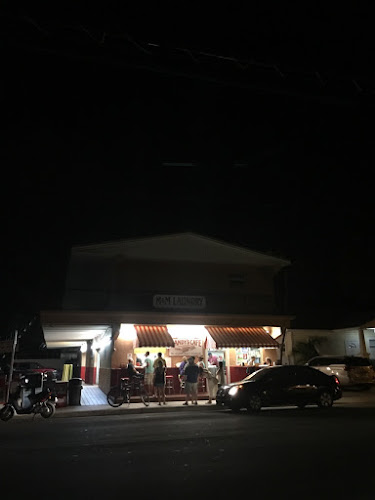 A memorable night, a happy send off to all the non residents going home.