Walking With A Camera

My life is  back in my hands at least a little bit  now that Fantasy Fest is over and after nearly two weeks of working and sleeping I got to go for a wander for the sheer pleasure of making my acquaintance once again with the quiet streets of Key West. 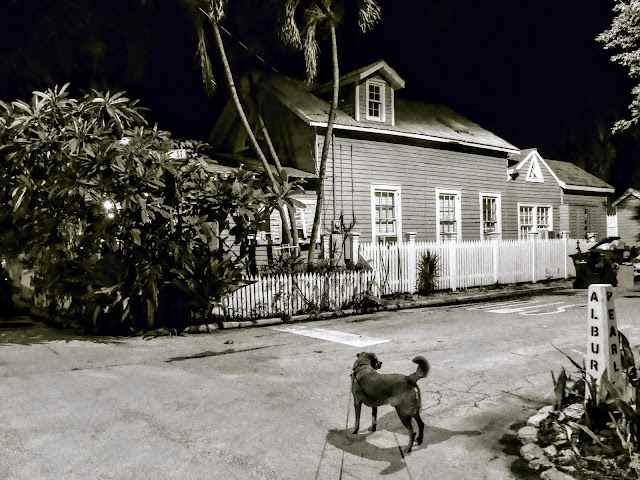 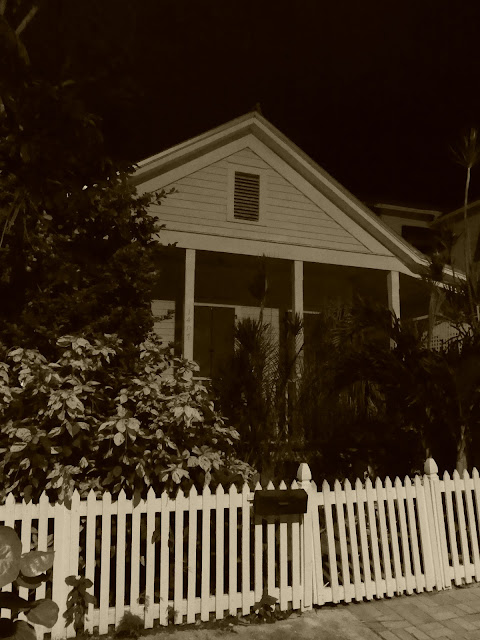 I like the dark mornings which are unsuitable we are told for children going to school though I dare say many young students wouldn't mind a later start, as discussed by sleep scientists but not by parents who have to go to work. 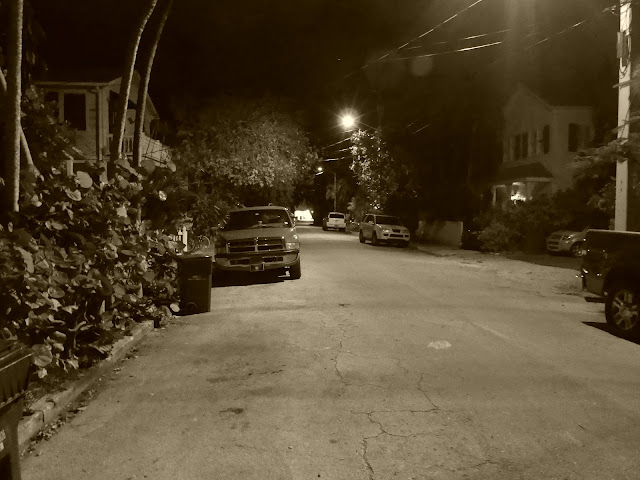 So even though these pictures were taken by me after six in the morning and before 6:30  it might as well have been midnight as far as ambient light goes. Consequently there weren't many people about which suited me also. 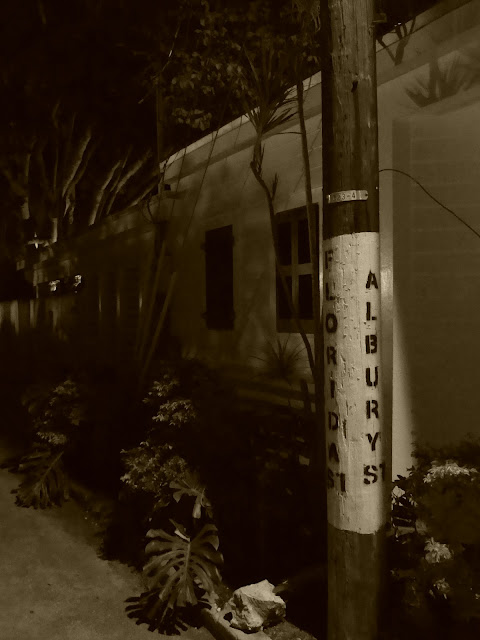 The thing about walking Rusty and taking pictures is that I don't have time to do much in the way of composition, and I certainly can't haul around a tripod and a remote shutter release and spend time fiddling with manual shutter speed and f stop settings. It's mostly all automatic and thank heavens for low light enhancements and a decent telephoto lense built into my Lumix camera. 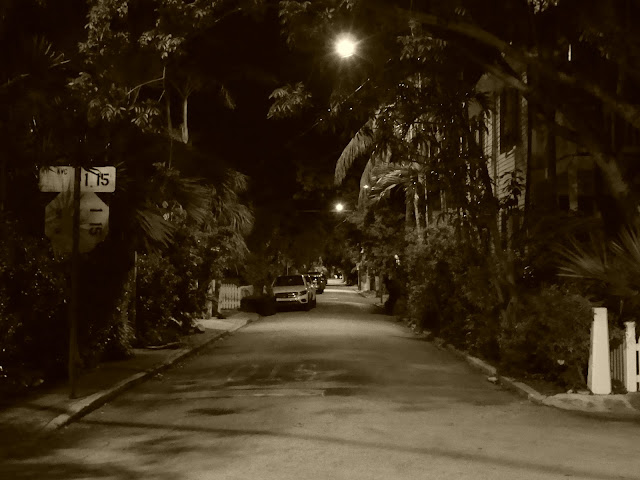 In these marginal conditions I fond black and white works better and the sepia setting best of all. Then I come up against a colorful gallery window. Color? At the risk of being banal: 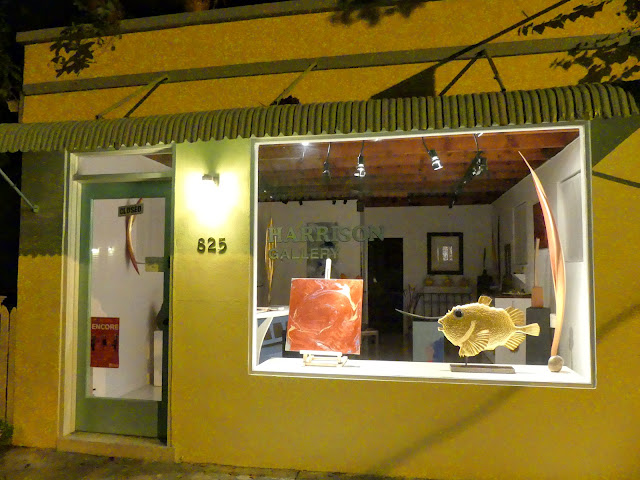 Or sepia at the risk of flattening the picture too much? I prefer sepia. 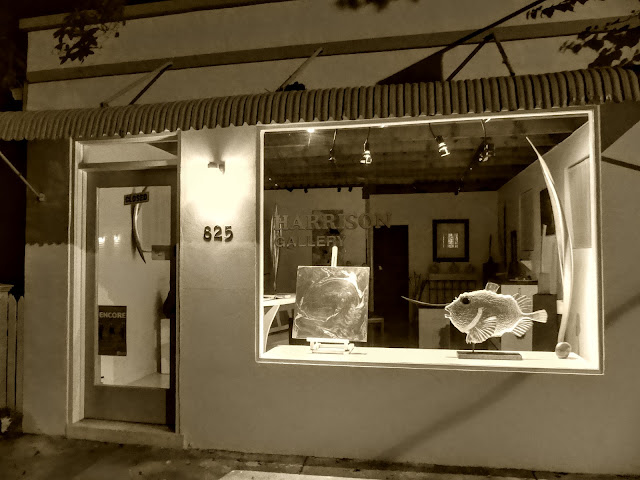 Rusty is actually quite patient even though he too was keen for his own reasons to be walking the streets of the big city.  And then he sits and waits a moment while I compose a shot, giving it the extra thirty seconds it deserves... 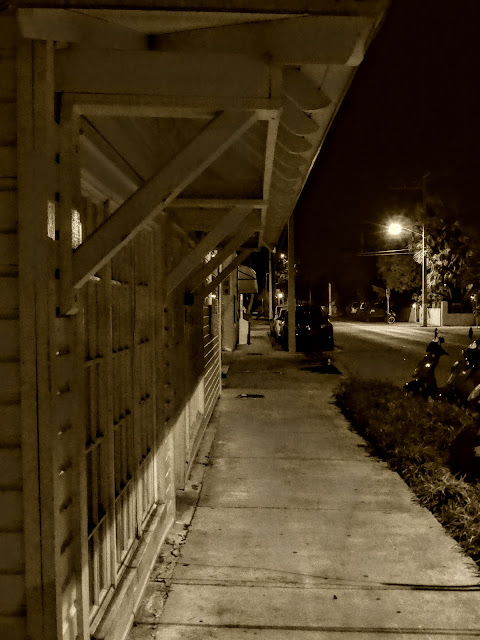 Still I have to remind myself if it weren't for Rusty I doubt I'd be out on the streets at this awful hour anyway. Good dog.
Posted by Conchscooter at 12:00 AM No comments: