Breakfast With The Boys

At first glance it looks like we were invited to a pre-dawn meal with Wayne and Chuck. 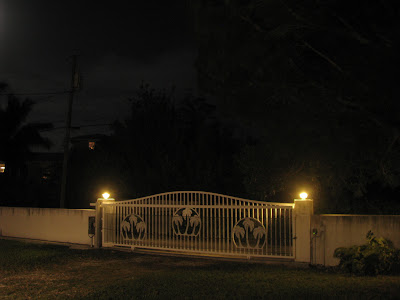 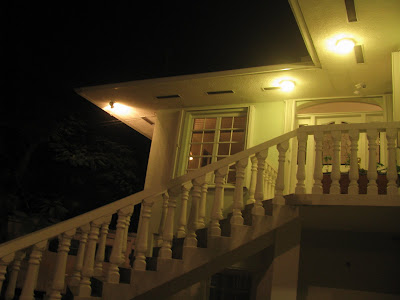 And, by way of insult we had to walk past their Earthboxes, the ones we bought for them in Key Largo at the RV store. Their plants, the ones they bought with my wife at the Big Pine Key flea market are flourishing. Ours have been eaten down to tiny nubs by iguanas all over my Earthboxes. Grrr. 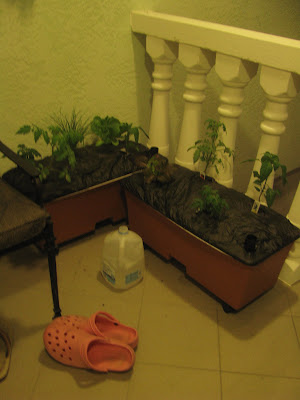 "You okay with breakfast for dinner?" Chuck (the one with glasses) asked. Wayne had told Chuck that yesterday was the night he wanted pancakes and sausage for dinner. When they invited us my only query was whether one was allowed to have wine with breakfast."In this case yes, " Chuck said. "There are no rules." That's nice; I was in. 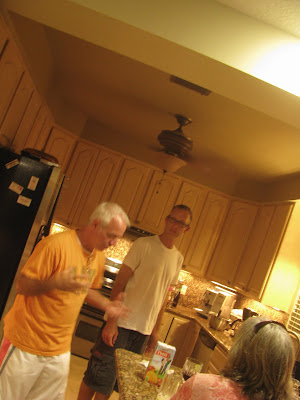 Cheyenne got her dinner, a bowl of sizzling rice sprinkled with cooked chicken. "She does like her food, " Wayne remarked as Cheyenne threw herself into the bowl headfirst. He then disappeared outside on a mission which saw him return with a carefully wrapped bottle of red plonk to accompany dinner. 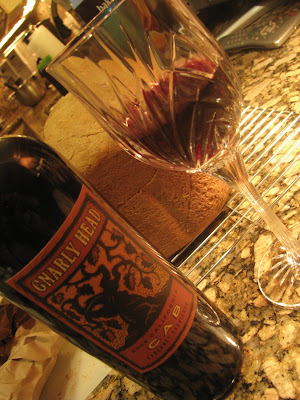 Apparently thanks are due to a mysterious sprite who lives up the road who calls herself church or chapel or possibly abbey according to Chuck who was not very forthcoming. She apparently learned of my taste in tippling and sent along a note with the bottle. It was very reassuring. 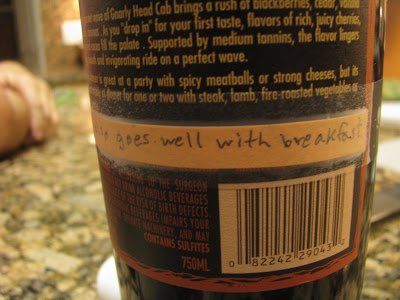 Thank you Abbey. The surprise and astonishment were complete. 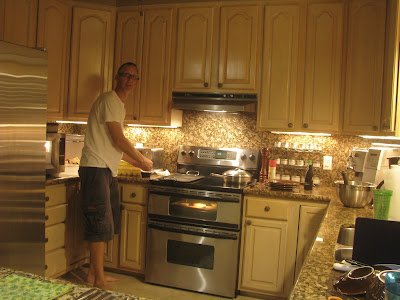 So we sat and tippled and Wayne and Chuck navigated their way around the dogs and produced breakfast for dinner. 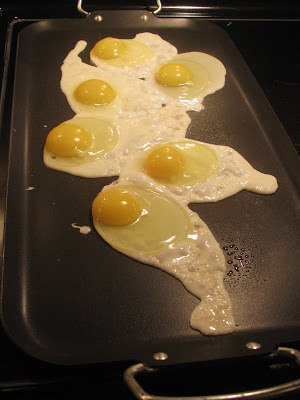 Zuzu and Tootie, shy as they are, were not about to be left out. From living as fearful rescue Vizlas they are learning to be out and about among people, just like their trainer Cheyenne. 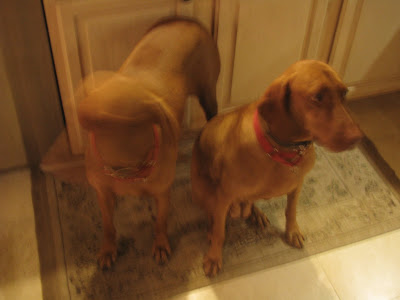 The pancakes were safe from their depredations behind bullet proof glass, the sausage patties were sizzling and Wayne's fluffy muffins were getting a coat of sugar sauce. This was not a meal for the faint of heart. 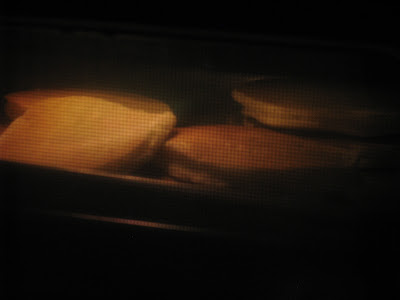 I make no claim to be a people person and pointing the camera at Wayne produced a look Lucifer might have been proud of. He's quite nice really but my camera bring's out the eccentric in people. 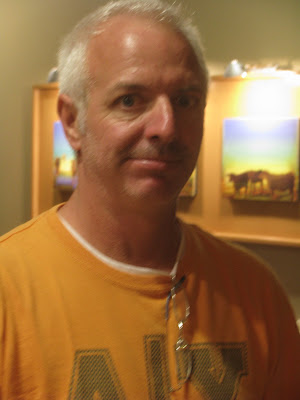 Cheyenne likes this place and not just for the rice and chicken, or the fussing she gets from the boys but also because their floor is cool and comfortable. She immediately adopted the alligator position. 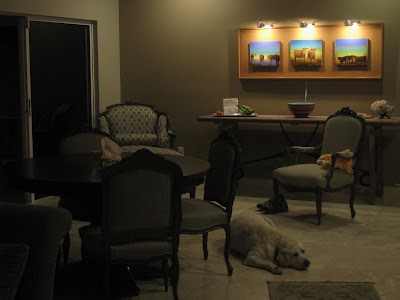 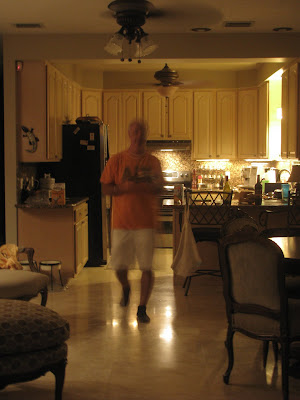 We ate and drank and talked, on a delightfully cool fall evening, 71 degrees and no humidity. 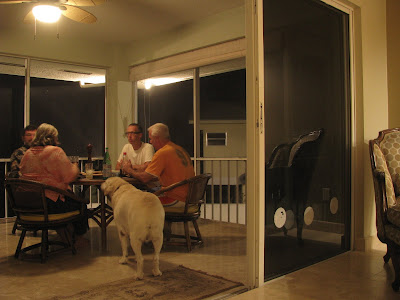 Full of wine and breakfast I slouched and admired the black view out over the water. 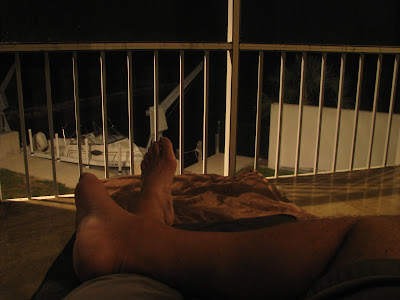 My colleagues at work have been telling me about this new TV series which they think is fascinating- English unarmed cops and the Crown Prosecution Service. We watched an episode about child abuse which was as heavy a meal to digest as pancakes and sausage, but Top Gear had me laughing soon enough. Wayne and Chuck have the cable TV system that lets you record stuff to watch later. If we had cable or satellite I'd loose the ability to move off the couch there is so much to see. 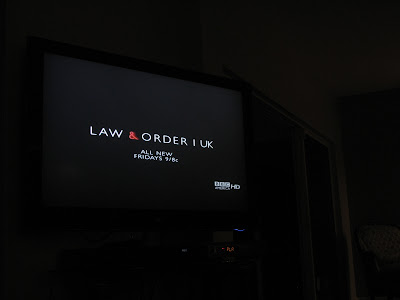 Netflix and an absurdly small TV screen are enough for me. I am weak and television is strong. 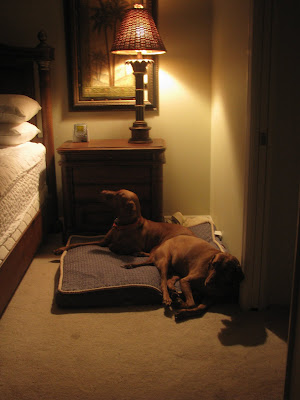 We made our goodbyes and took off for home. Pancakes and wine. It really does work for me.
Posted by Conchscooter at 12:01 AM 7 comments: Links to this post