Duncan's Street most famous resident, I dare say, was the late Tennessee Williams. However the playwright lived a bit further up the street than the block directly off White Street. Furthermore his home is not exactly a shrine in Key West, so at night I like to walk this most picturesque block of a pretty little street. 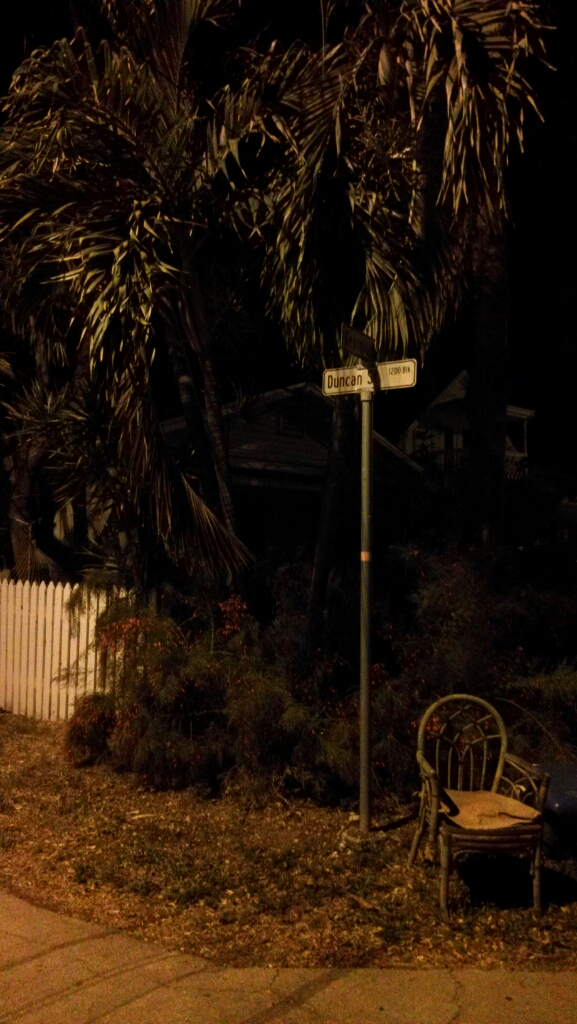 It's not the first time I've been here on this mission but unlike last time in distant 2011 I chose to take pictures in color. 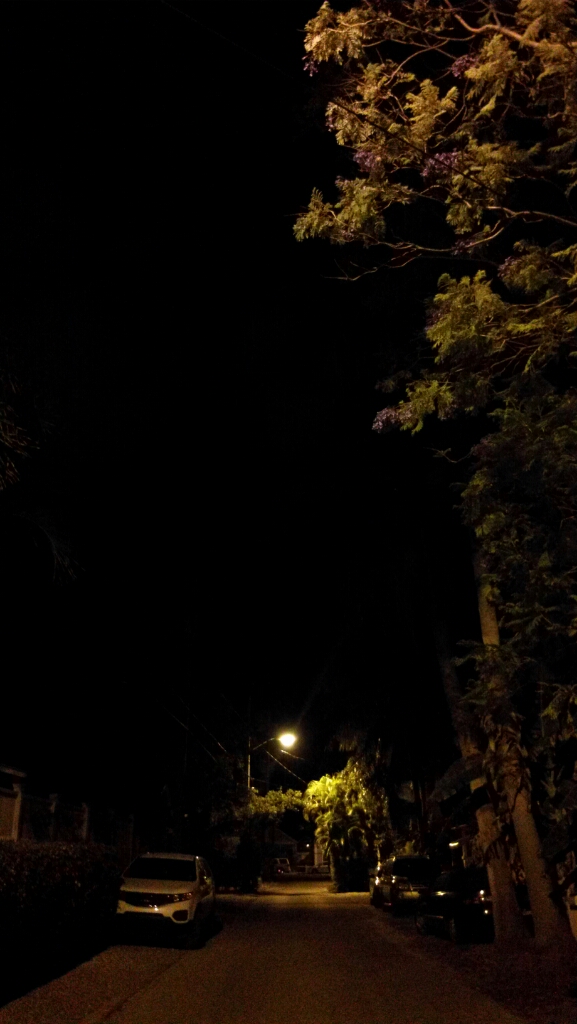 I drive by the entrance to Duncan Street on White Street and I always want to turn down this narrow defile covered by trees and designed in such a way it looks almost as though it is either not parallel or not exactly straight. In the geometric sense. 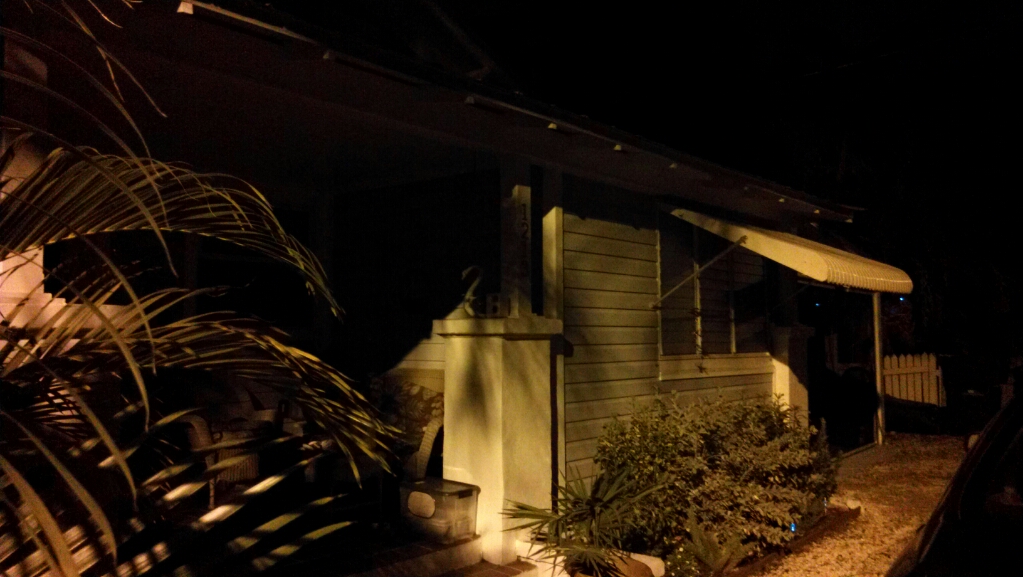 At  three in the morning it takes on its own mysterious mantle of silence with the sounds of the breeze rushing through the leaves. The trees seem to tower over the small Conch cottages underneath. 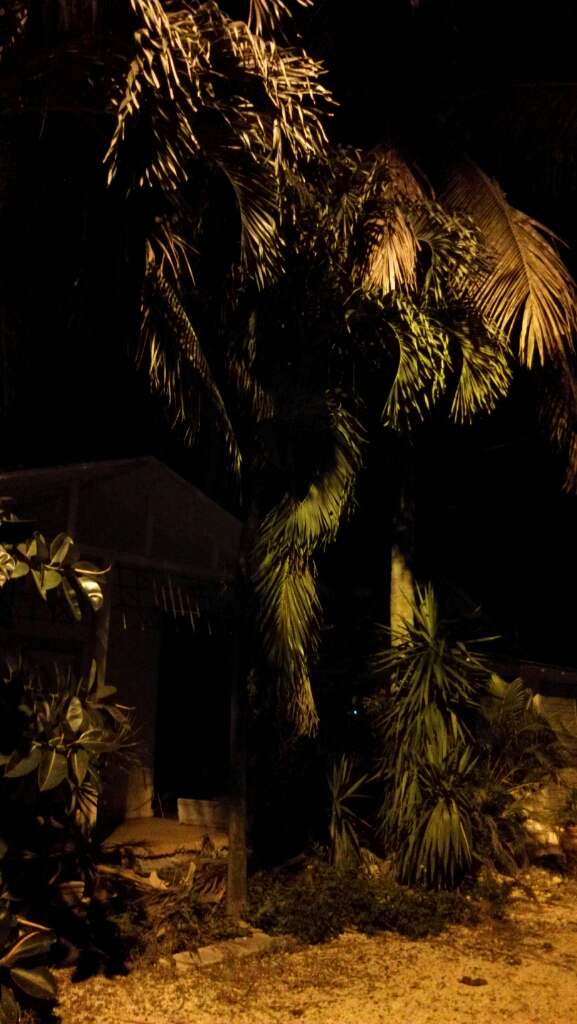 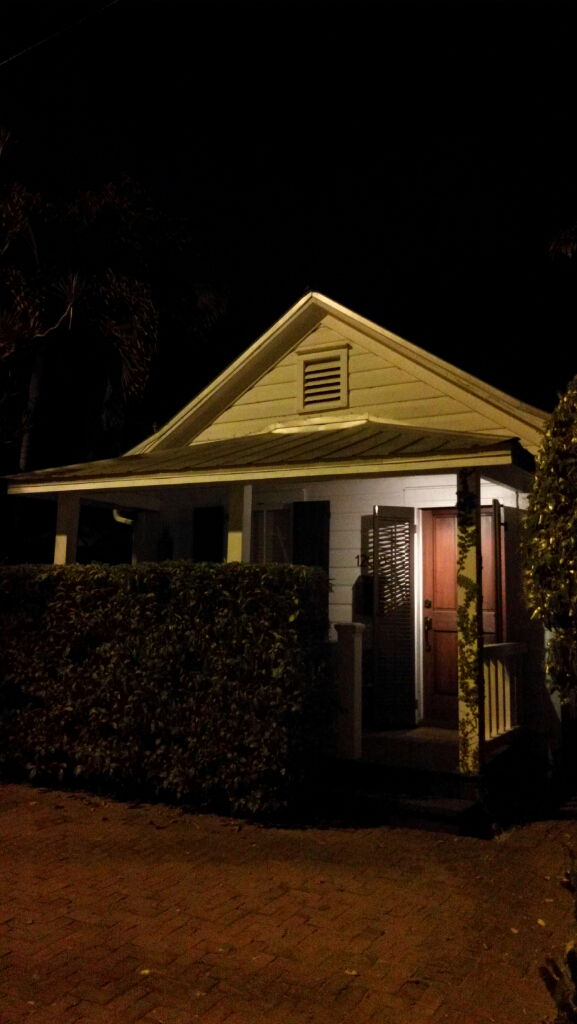 Twenty five miles an hour seems almost too fast for such a lane. Indeed It surprises me that this street isn't a one way, its that narrow. There again most of the city would be uni-directional  if the criterion were wide streets enough for modern cars. 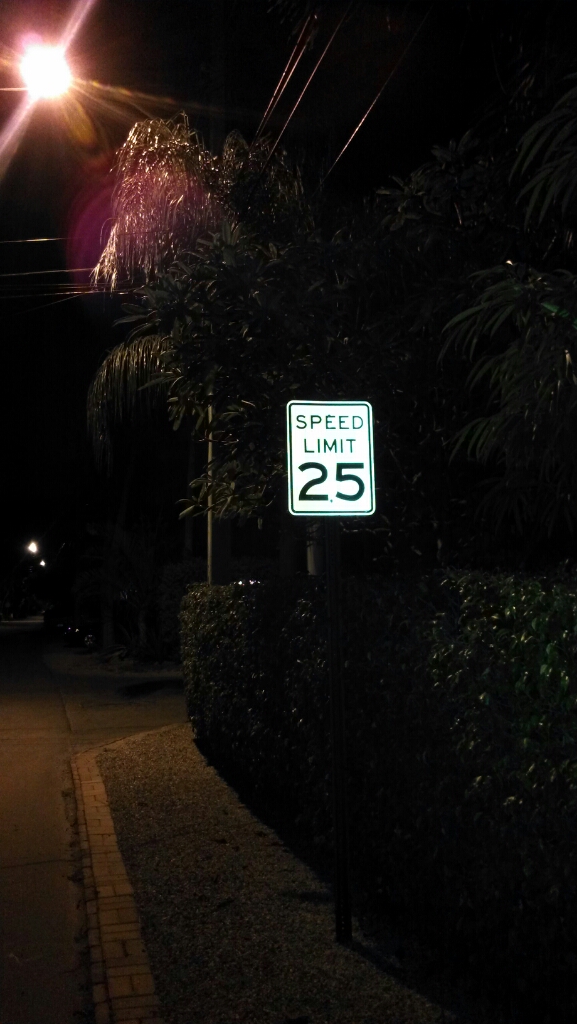 I parked the Vespa and went for a walk around the block, enjoying the play of light and shadow. 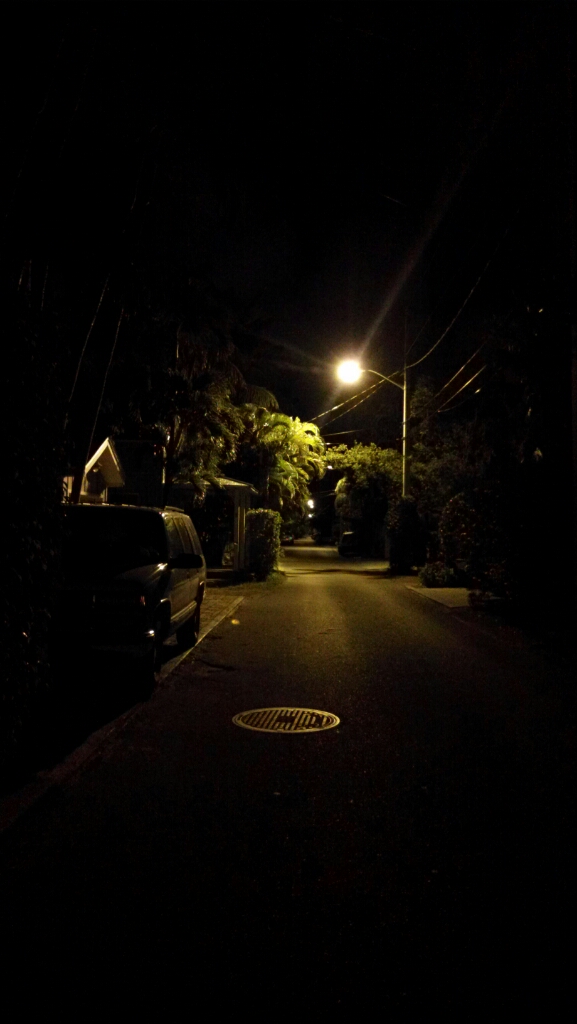 And one in black and white, just because... 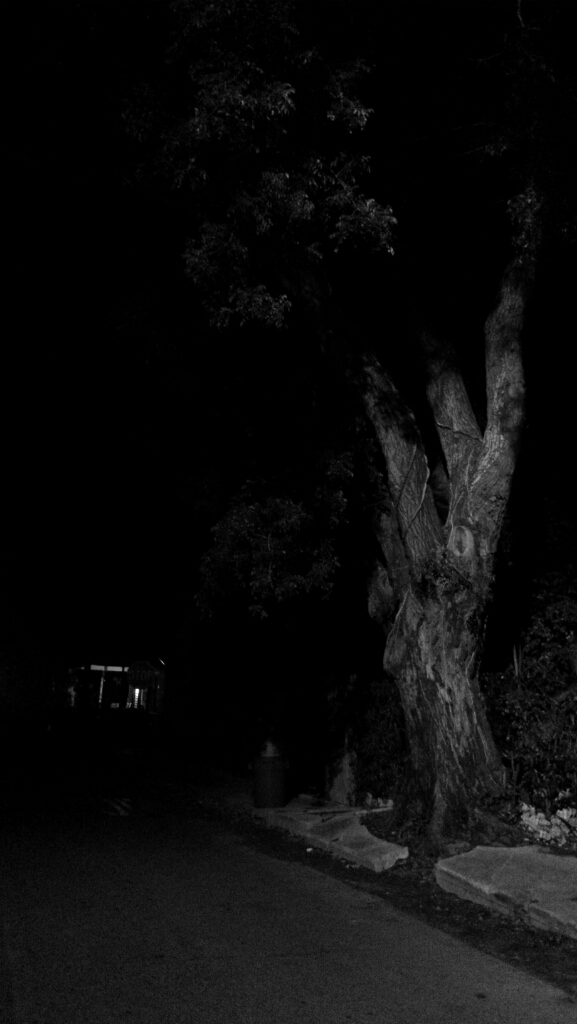