Giovanni came to visit  a few years back and we rode around the Lower keys and walked the beaches and checked out the sights in Key West, including the sunset celebration. 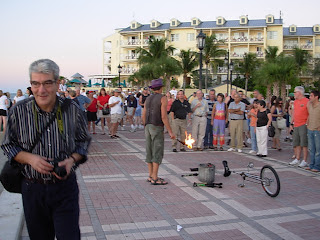 We  grew up together, his father and my mother knew each other all their lives and it was natural that we went riding our mopeds together as teenagers and spent our summers playing cards and exploring the countryside before he went back to the city and I went back to boarding school in England. 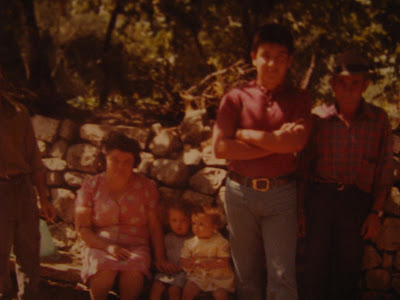 Now he is a well respected cardiologist, a husband of 30 something years, a father of two and a busy man all round. His patients rarely leave him in peace. 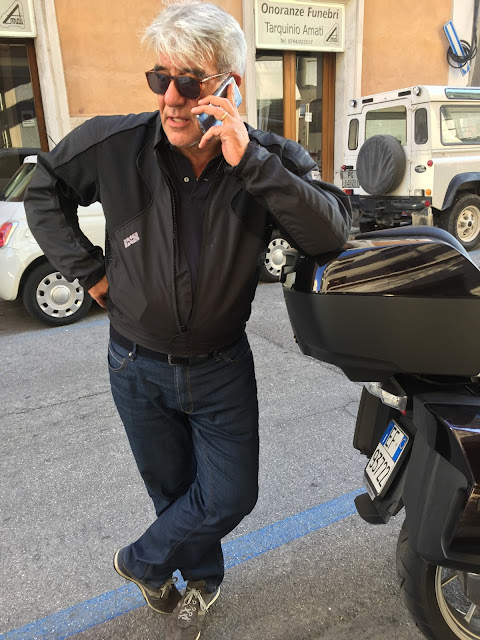 So when we plan a moped ride as adults we build in pauses for coffee and telephone calls, wherever we go. 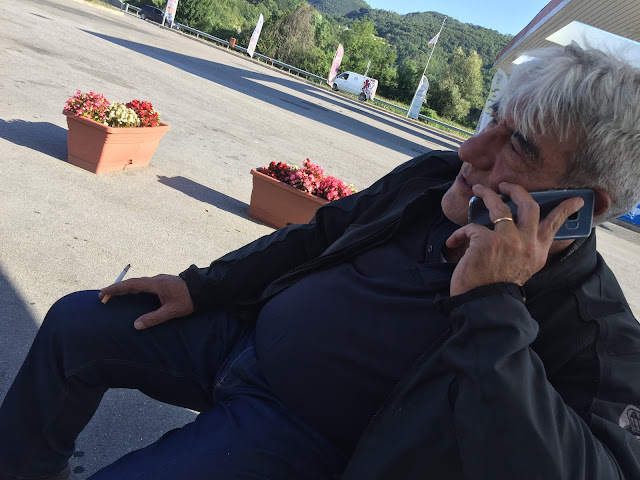 He has a sweet tooth and his wife cooks too. 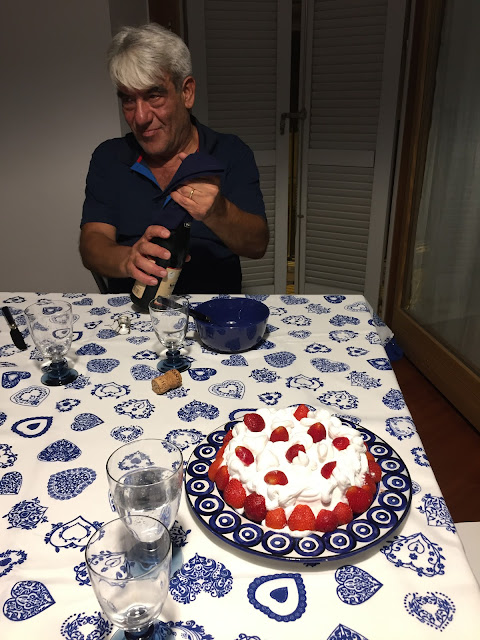 Our mopeds have grown in cubic capacity too. 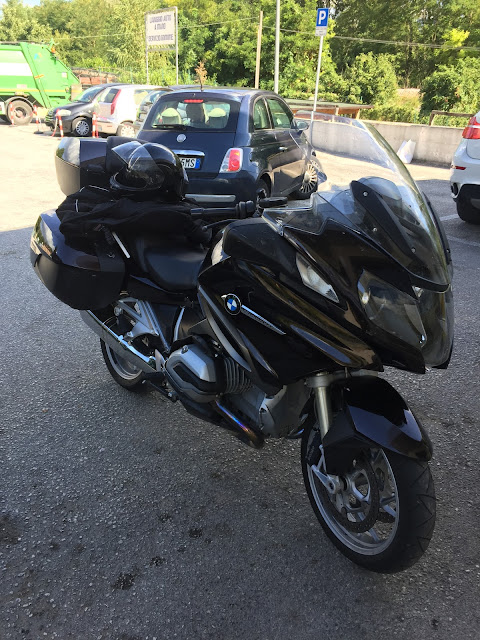 He has the touring BMW 1200 and I ride a borrowed sports BMW 1300 KS. His bike is far more comfortable but we get to cruise around together as old men, and that's what counts. 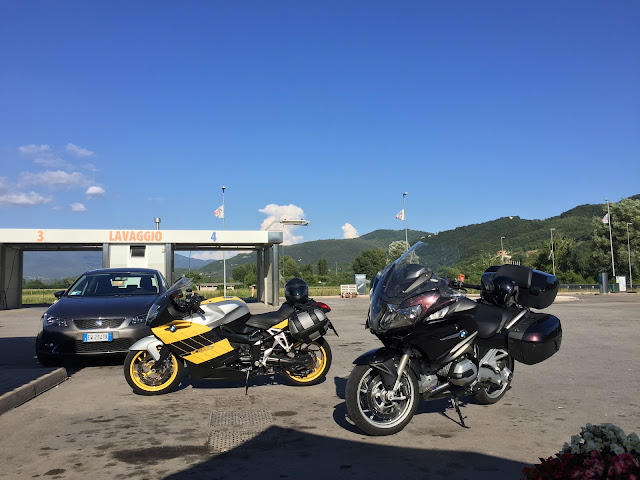 This year we only got one day ride in, traveling a few hours south of our home base of Terni into the mountains of south central Italy. I like riding in Italy as motorcycles get right of way. It's such an enjoyable change from the US where only California allows lane splitting and where in Italy speed limits are suggestions and as long as no one gets hurt you can pass where you have a line of sight. At traffic lights we ride to the front of the line and get a head start on the cars which yield to the two wheelers unlike the US where car drivers who don't know how to pass on two lane roads get aggravated by hose who do know. 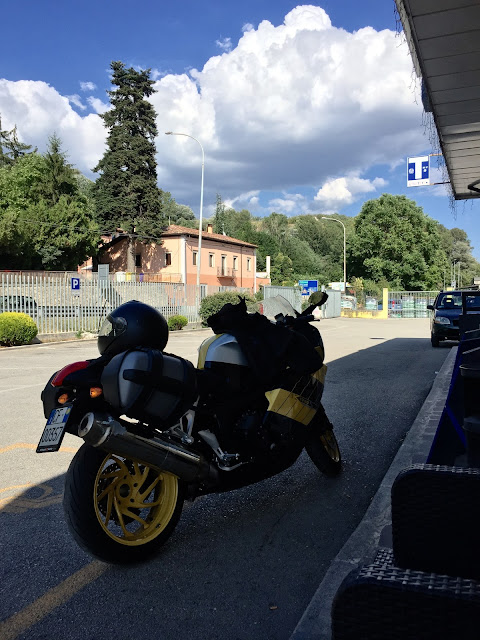 This year I have to say I saw a lot more distracted driving in Italy, my wife speculated that cell phone use, totally illegal behind the wheel, has become common practice. I gave them lots of room to weave and stall and act like they were all drunk. Cell phones in cars are a universal problem apparently. 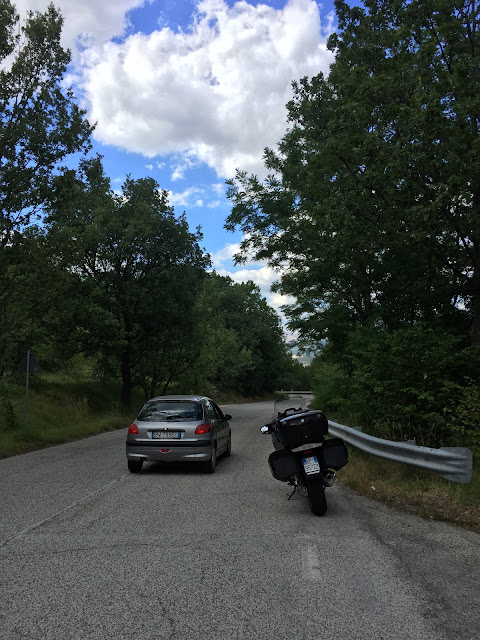 The other thing that is rather disturbing in Italy is the terribly degraded state of the roads. Back country roads can harbor all sorts of truly astonishing third world surprises, deep holes, trenches ever, steps in the asphalt and gaping holes everywhere. Coming across them by surprise is nerve wracking. 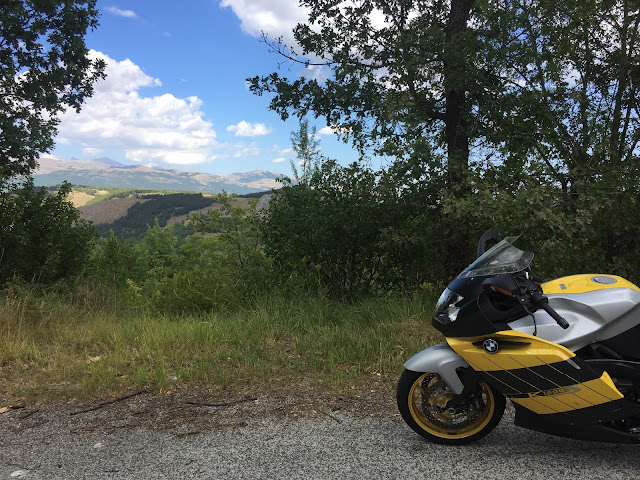 Parking is a premium problem in Italy so don't be surprised if you don't get much room. We came back from lunch and Giovanni's mirro had an inch of clearance from a late arriving car: 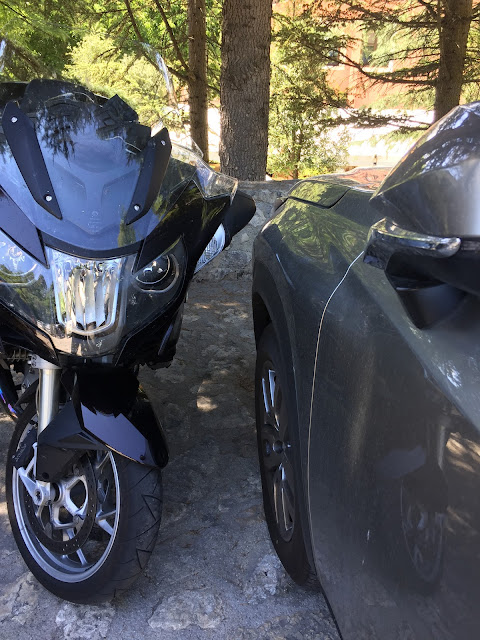 "I know this restaurant," he started our planning process after we had decided to head south. Yes, it was good, but most  places are in Italy. They cook to order, use fresh ingredients and don't franchise a good idea. 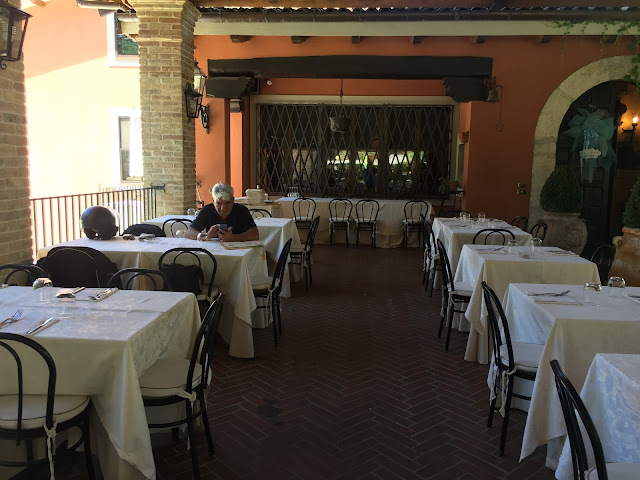 It was hot and we ate well and sat around talking for a while. Giovanni is trying to help his son get work and that's not easy in modern Italy where work is hard to come by. 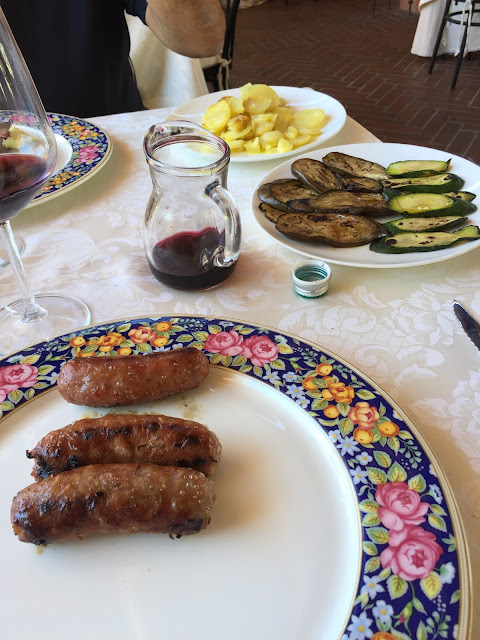 Hot and shady and lovely views. 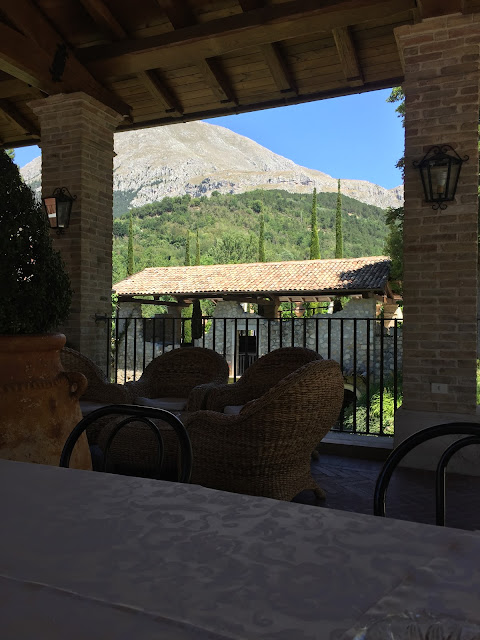 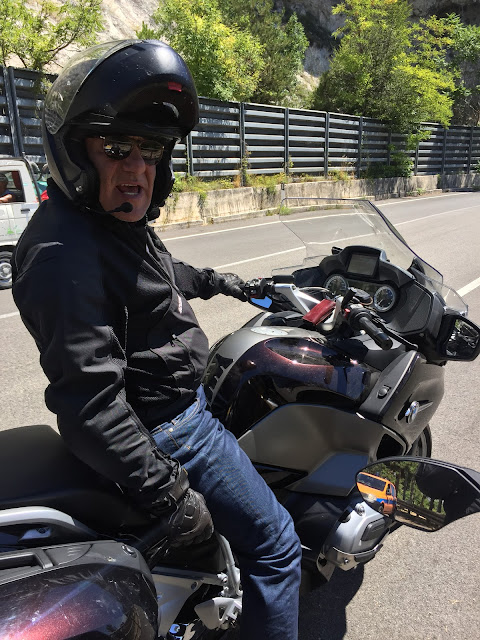 Me giving my impression of the hunchback of Notre Dame, given the crouched riding position... 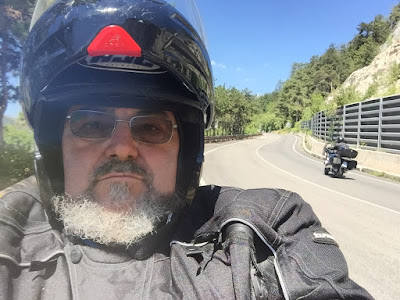 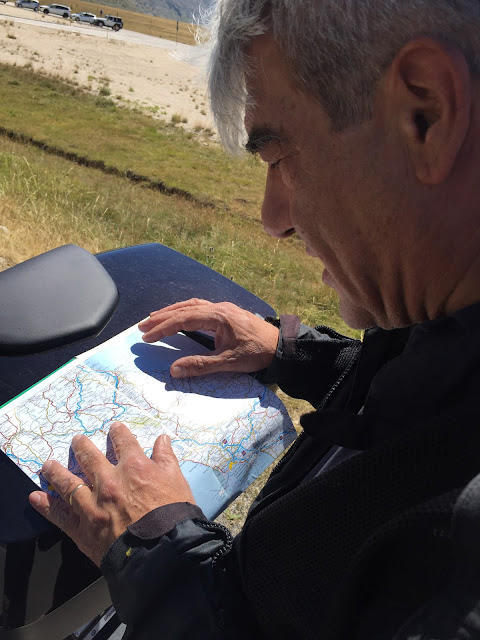 What countryside we had available to us! This kind of riding fulfills me such that when I get home I am content to ride straight and flat for a while. 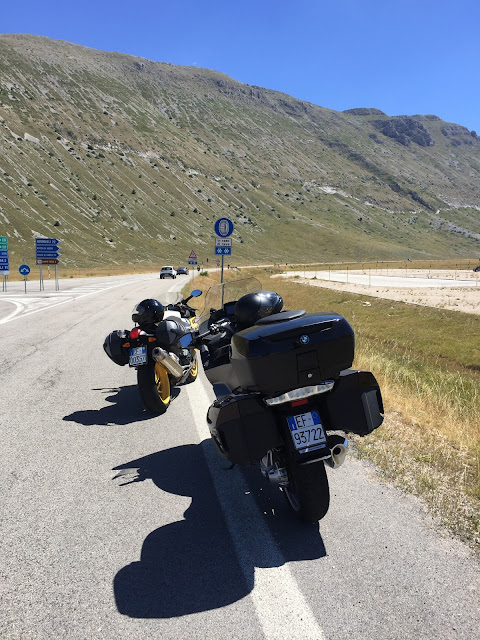 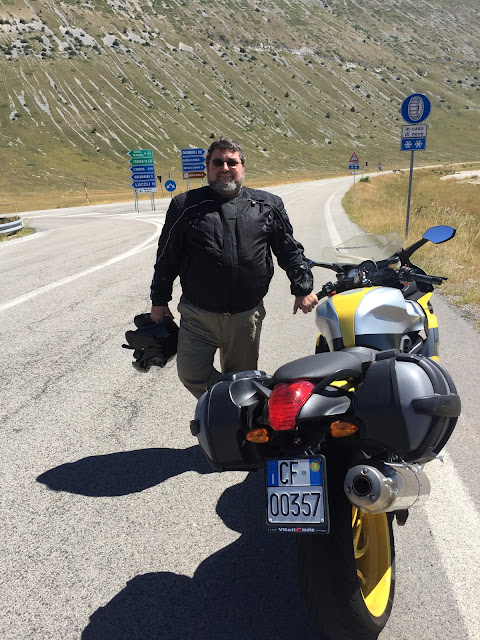 It's been about half a century of spending days together on two wheels. I hope there are a couple of decades left to do a little more.