My wife and I went into isolation at home on the Ides of March and since then she has been teaching from home and I have been working at the police station where masks and social distancing have been strictly enforced. 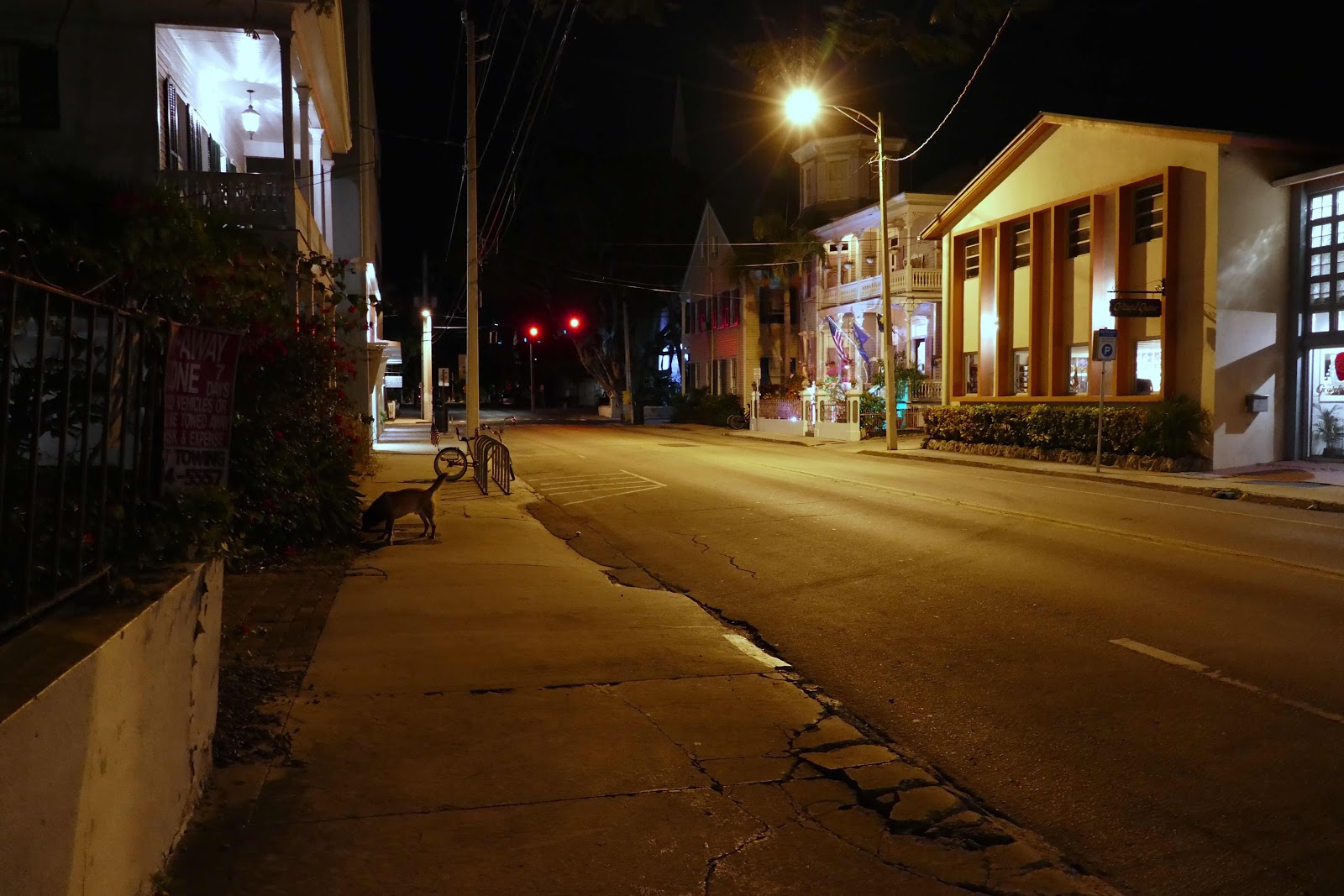 So now, a year later we are vaccinated and hoping to see a few normal activities creep back into our lives. It seems to be coming down to a race between vaccinations and virus variants at the moment and south Florida has been at the forefront of the Covid news with reports of widespread Spring Break crowds. 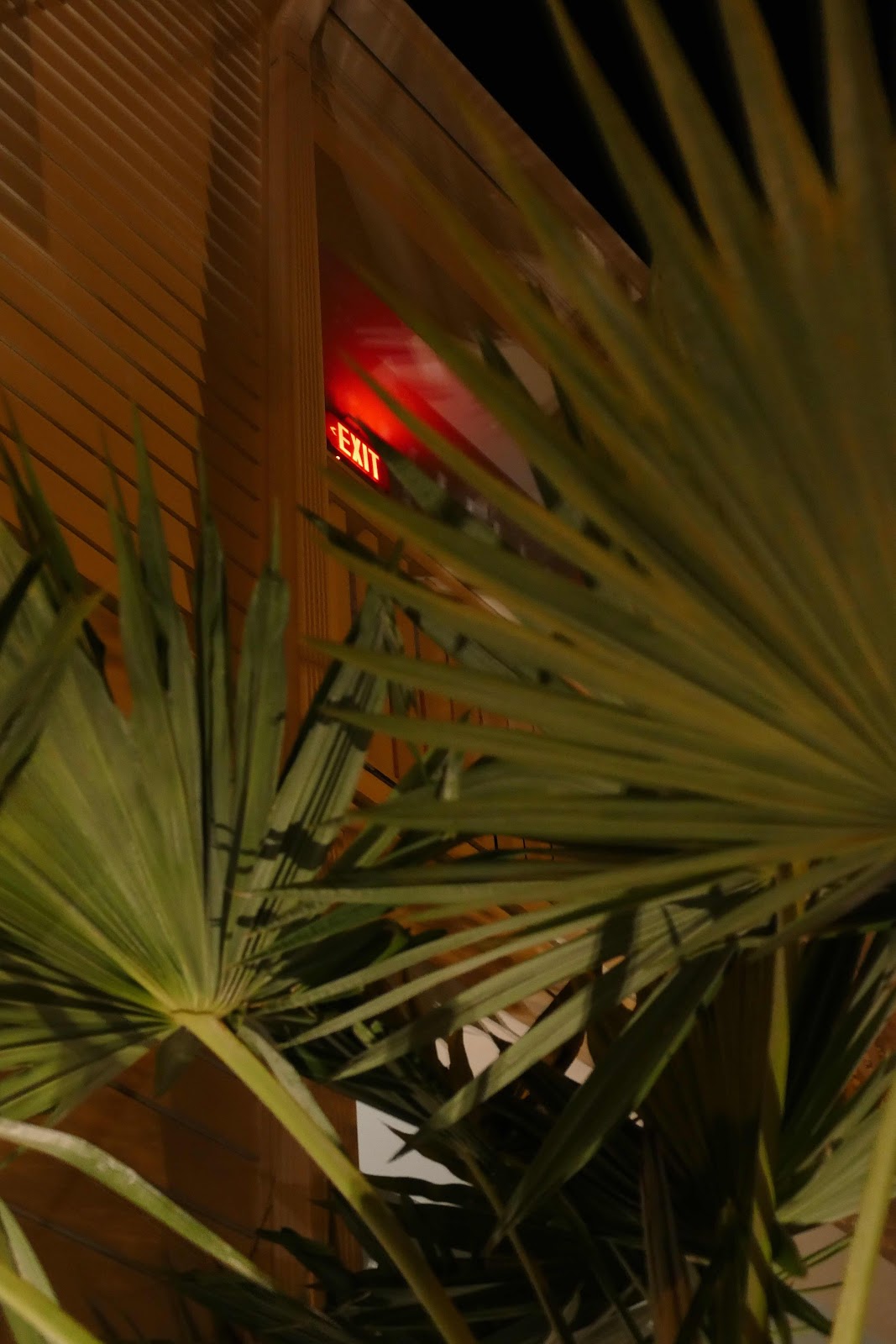 So I find myself trying to avoid early morning bar crowds more out of habit than necessity, still walking the side streets looking for shapes and colors I have failed to notice in a  year of wandering these largely empty streets. 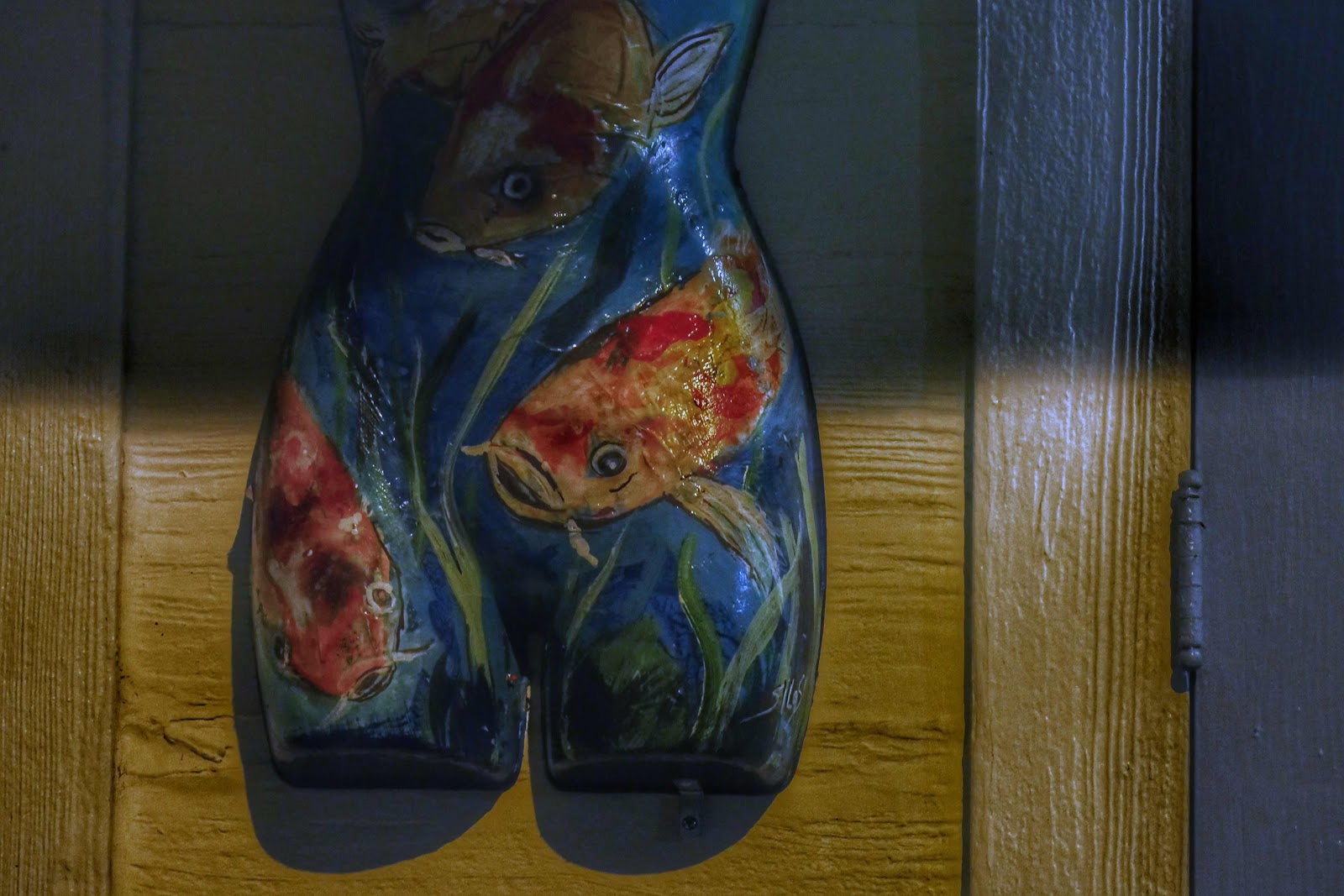 I find it miraculous any of these small galleries and businesses are still open after this crazy year but here we are. 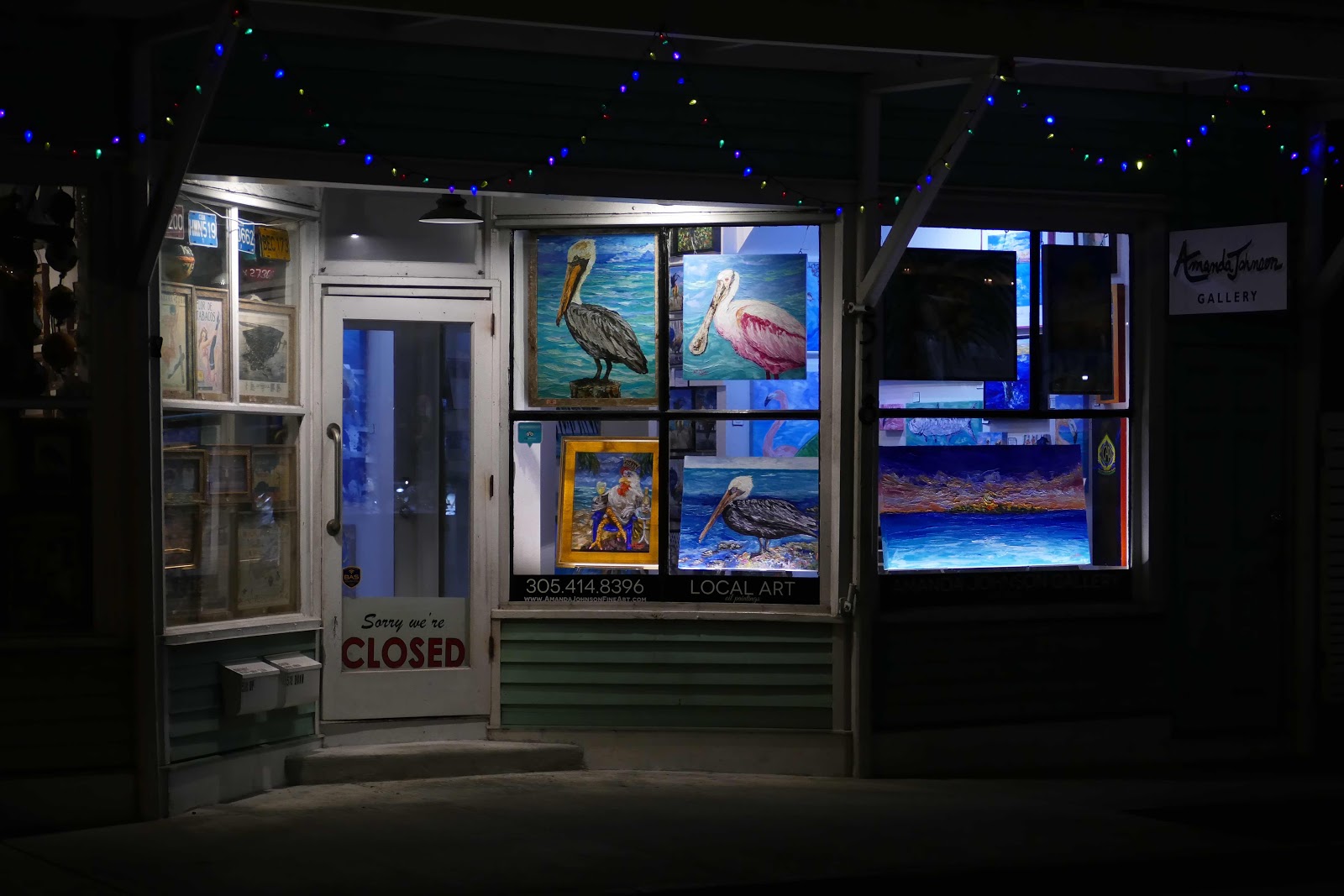 Island Books is displaying local authors, Key West themes and so forth. I have no data to back up my feelings on this subject but it seems to me that the writers of older generations who have cycled out of the Keys to families and communities Up North are not being replaced by younger writers. The easy target to blame is the high cost of living. 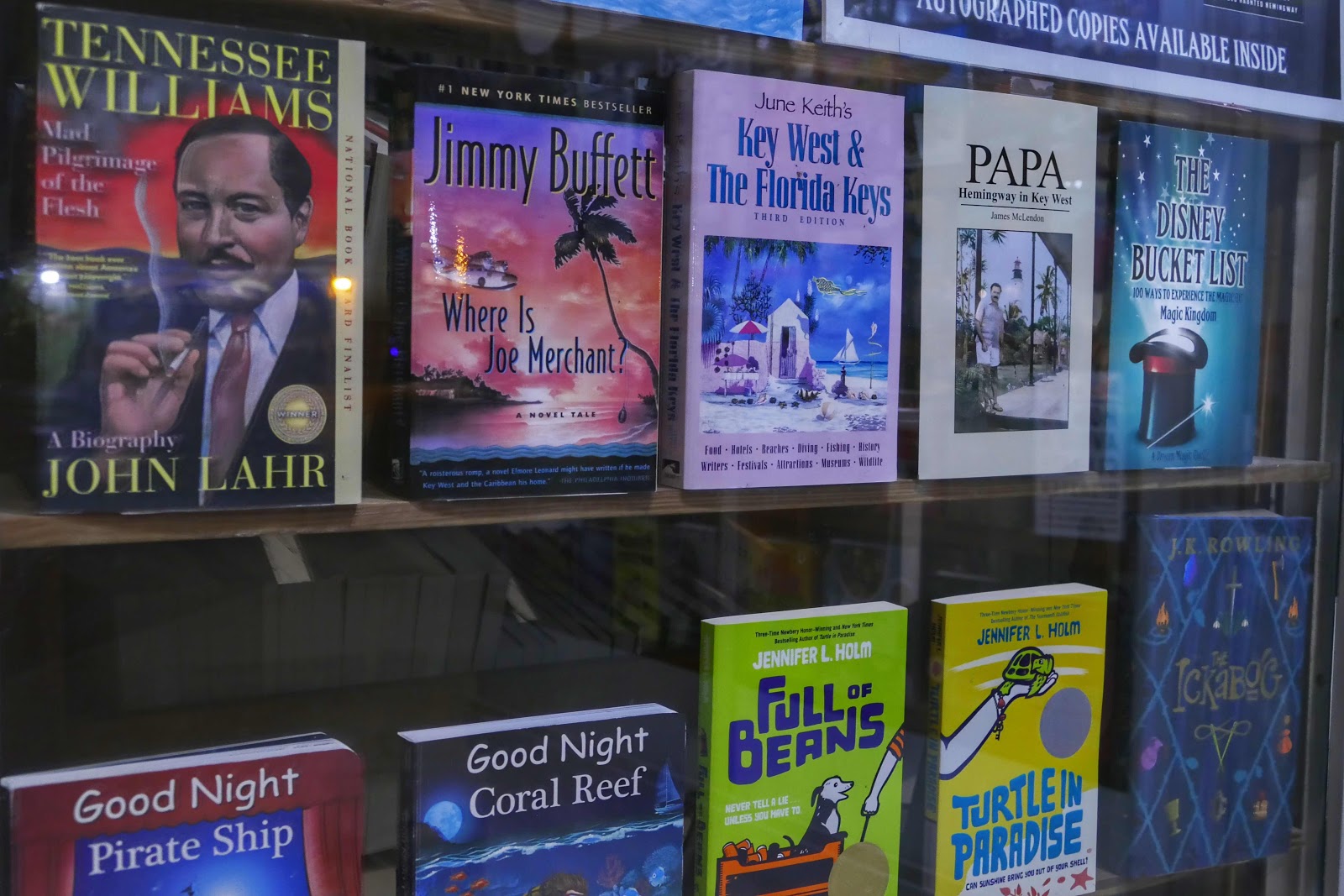 There again the way people publish and even the way they write has been going through all kinds of changes so I suppose it's fair to imagine that communities of writers will not look the way they did in the past. 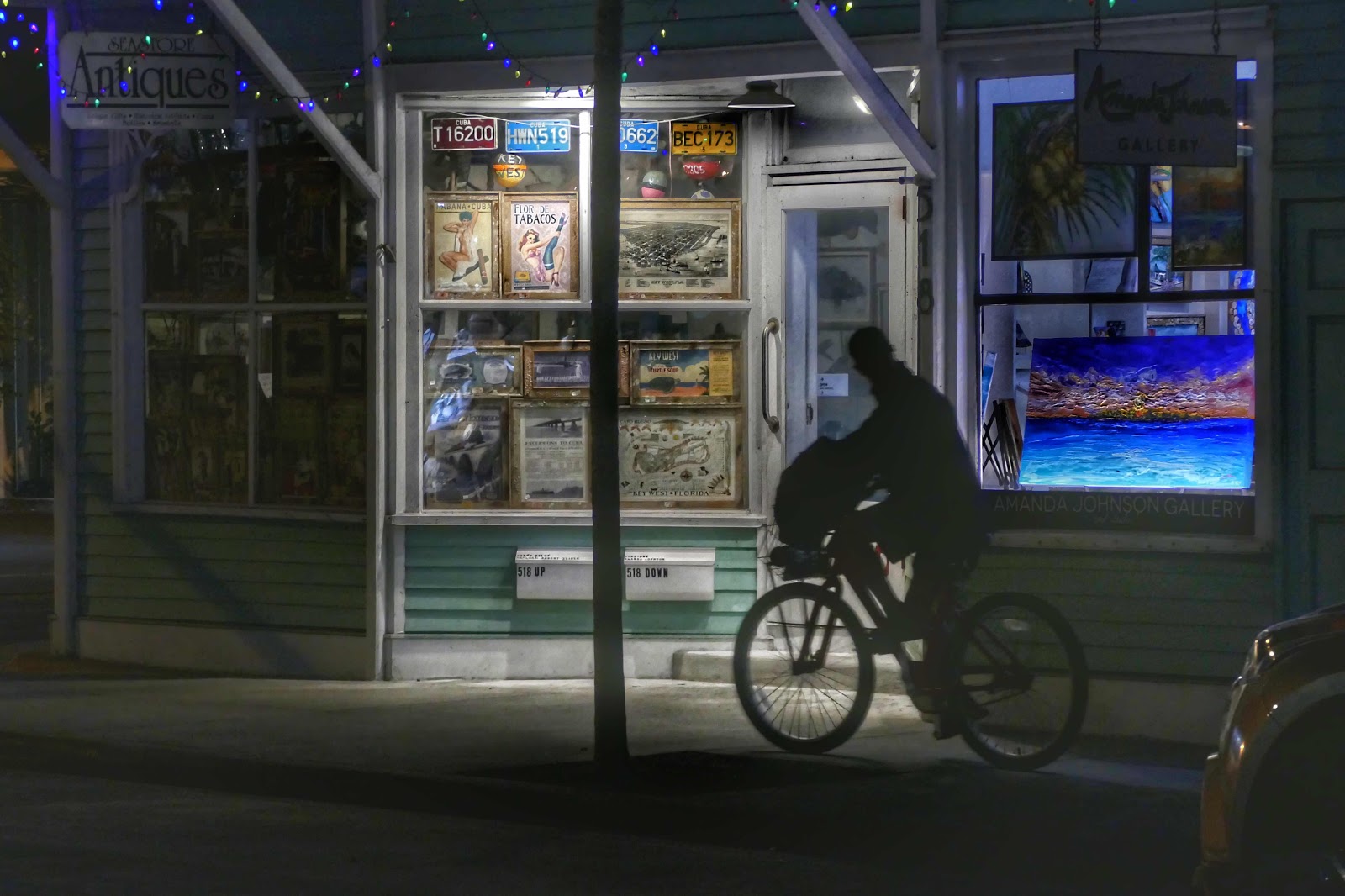 I find it rather odd to realize that the beginning of this century might very well have been the tail end of the golden age in Key West, the period that grew out of Ernest Hemingway's forced stay in 1928, which in itself grew into a decade long residence. Truman Capote, Robert Frost, Elizabeth Bishop, Tennessee Williams, Thomas McGuane and heaven knows how many names one can add...where are their heirs? Do they have any? Not in Key West it seems like, nor shall they. 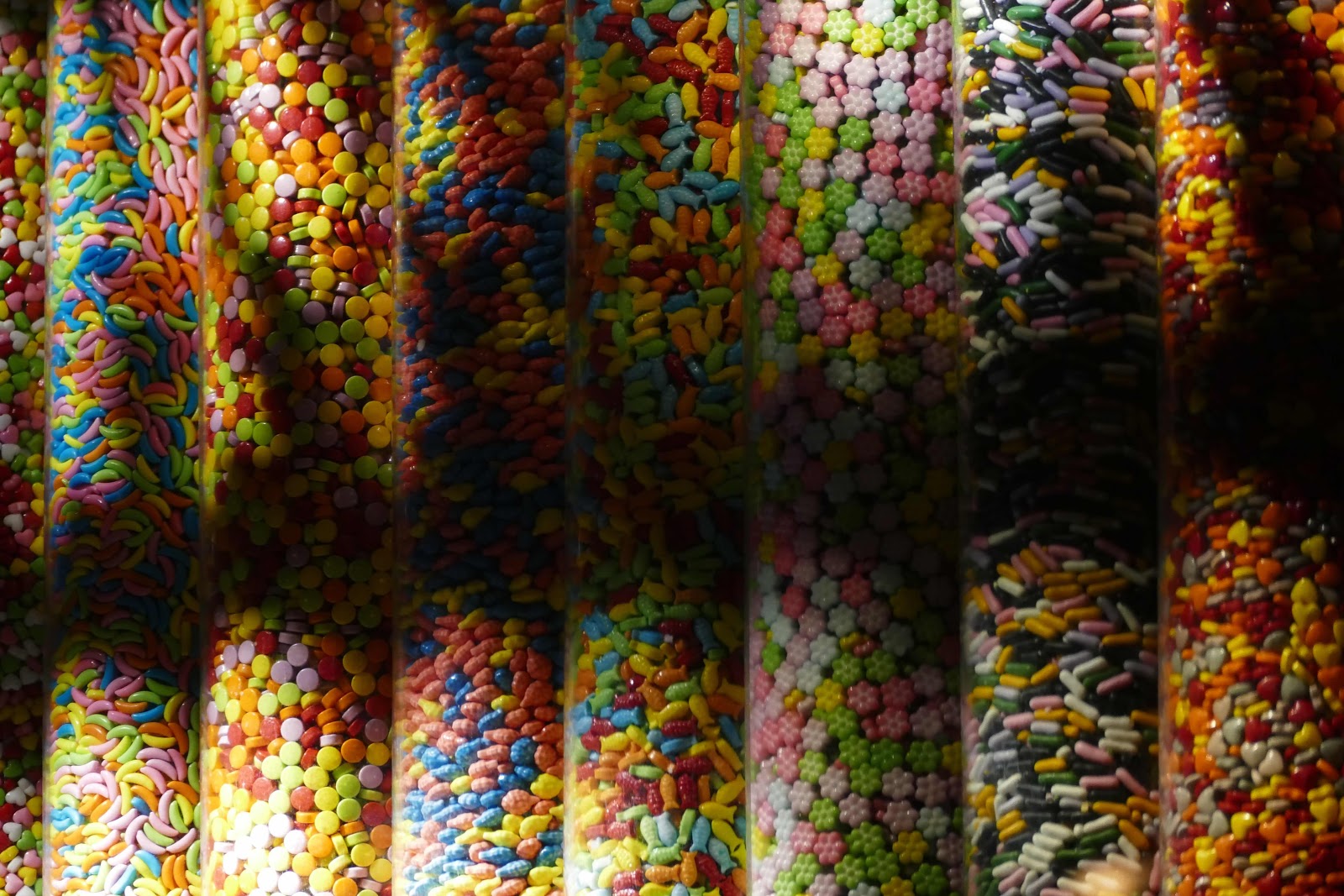 I look at the shops on Duval, the chains which are the only outlets that can afford the rent, the restaurants that hang in despite the difficulties of a pandemic. The champagne winters spent in the tropical heat  do not necessarily translate into long under populated summers, 92 in the shade... of drama  and good stories needing to be told. 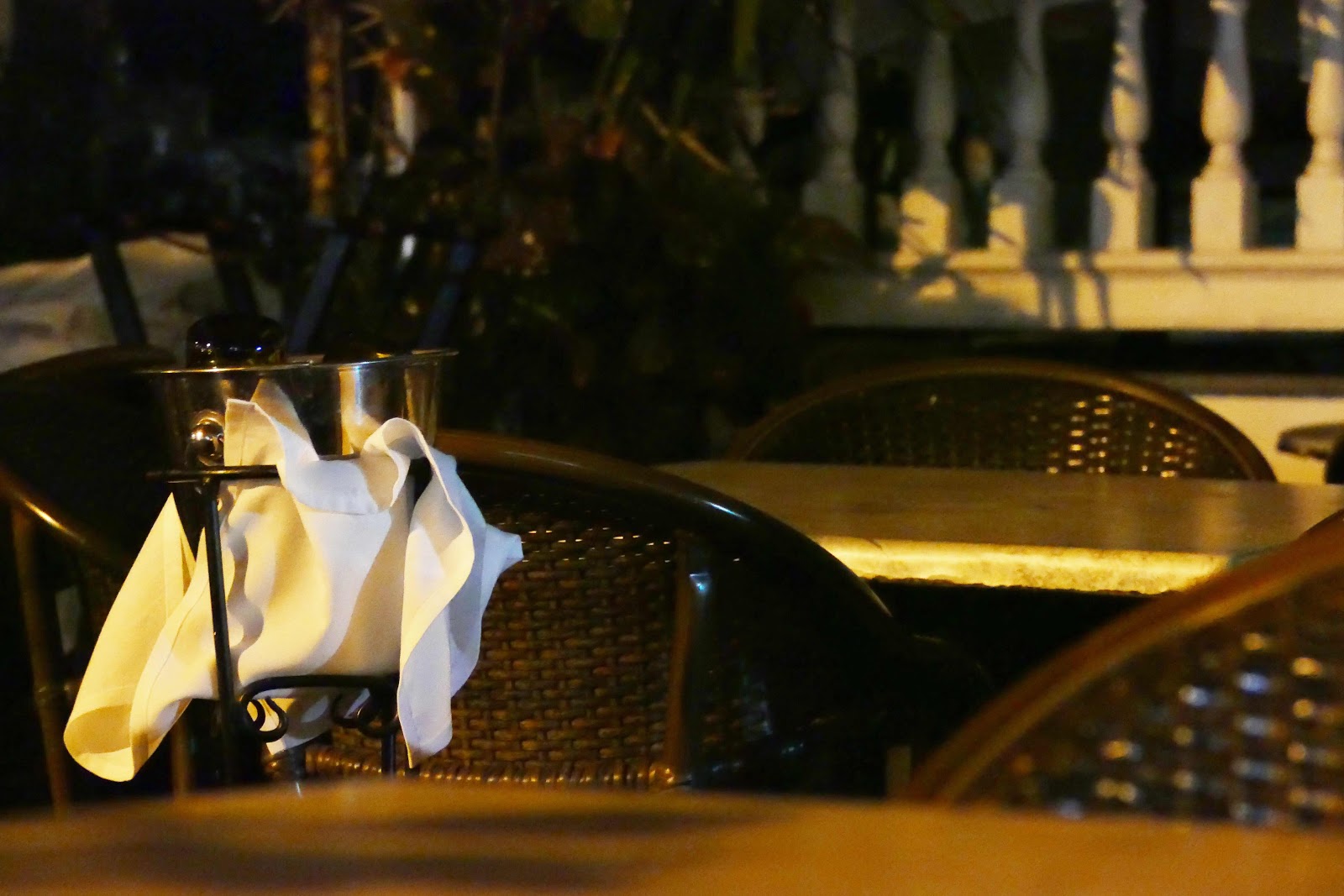 I have enjoyed the slowed down life of the pandemic, not least because I have been paid the whole way through as has my wife and work feeds the monster of daily life. Lockdowns haven't translated into long cold dark winter days staring at the walls. Life in the Keys has been reaffirmed as privilege in some ways, and I have taken note. 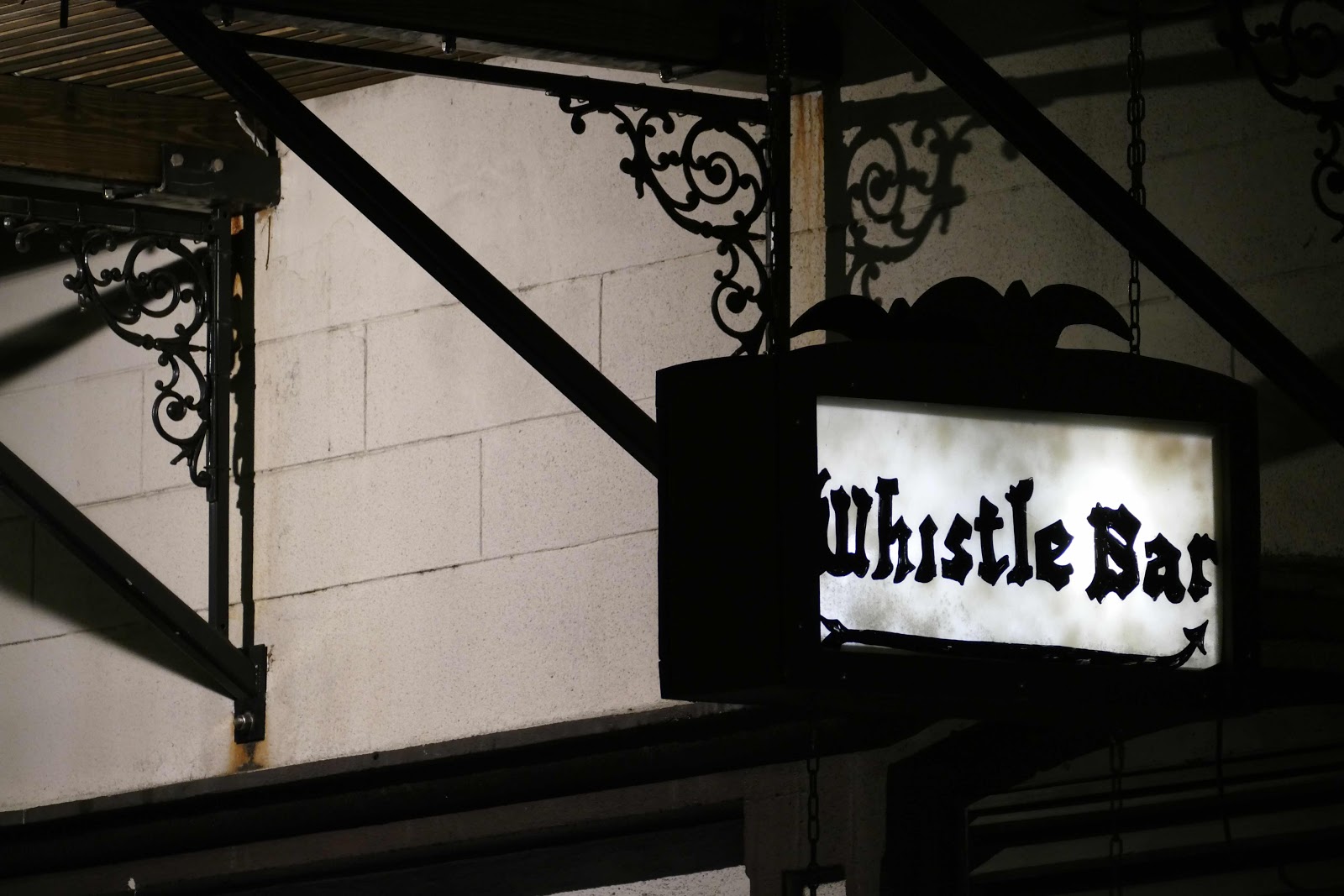 Above you see the building that has been three bars for as long as I can remember, and below Lucy's that came to Key West, moved, closed and now announces they are coming back, if indeed they were ever gone. That's the way it is, even when the prophets of doom tell us Key West is sinking under the hammer blow of economic failure. 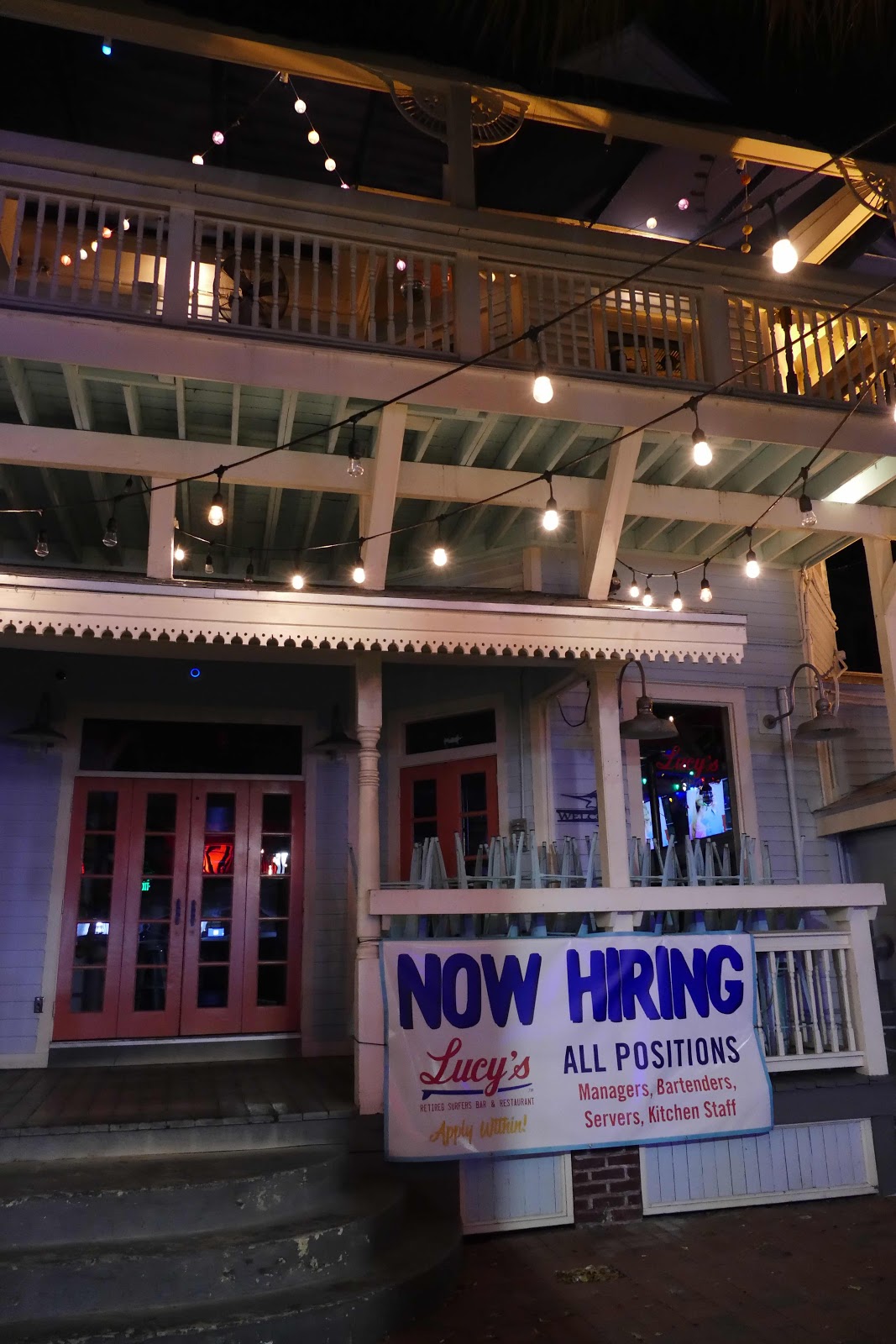 Irish Kevin's is still the southernmost Irish pub, as they retell it, the bar that stays put alongside Ricks and Sloppy Joe's and Captain Tony's and the Bull and Hog's Breath and so forth. So when things gets back to normal what changes for me who doesn't go downtown to drink? 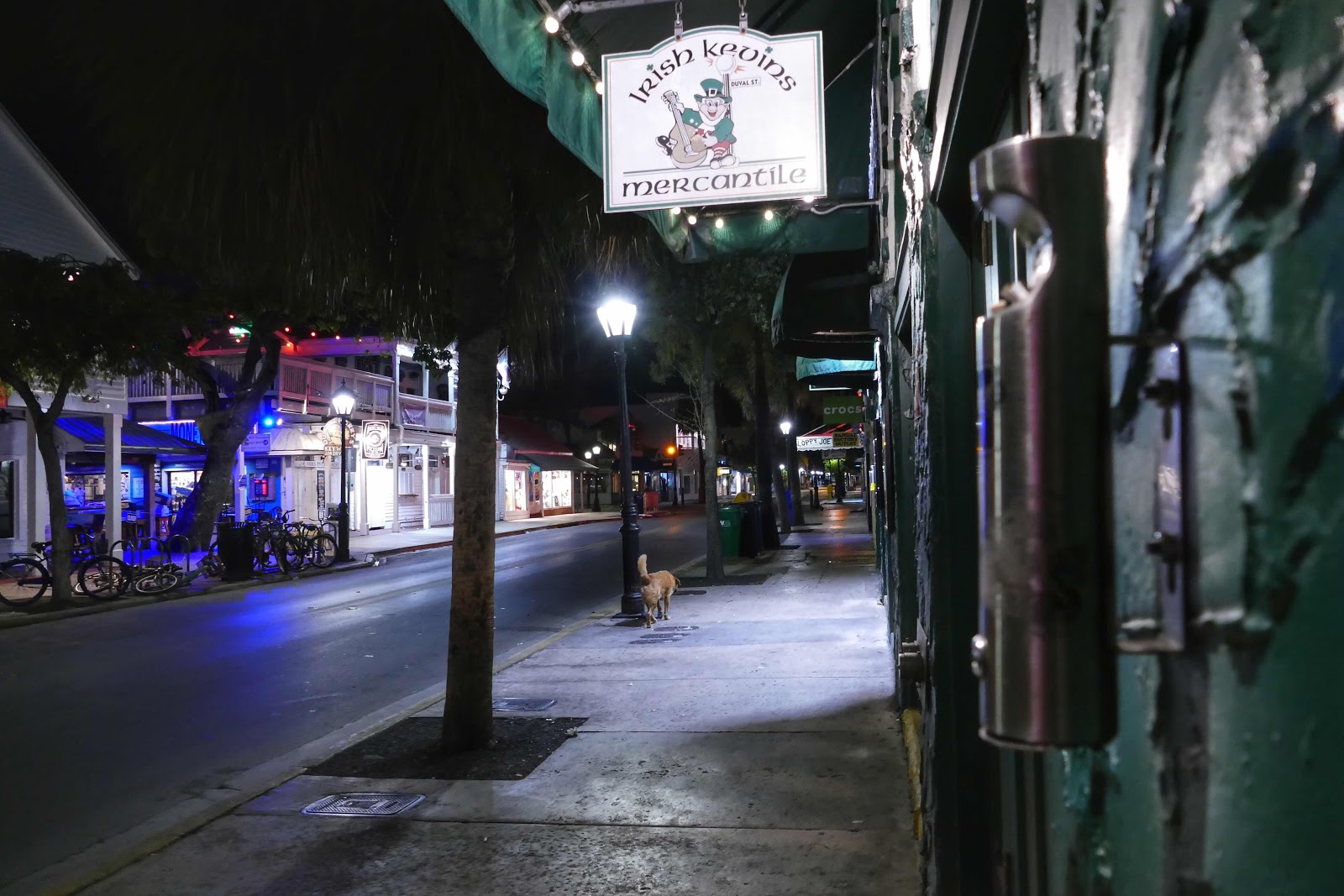 Live theater and movie theaters, friends and music and a dinner out every now and then, the loss finally of masks, the crowds, more things and people to photograph, change might even be in the air. 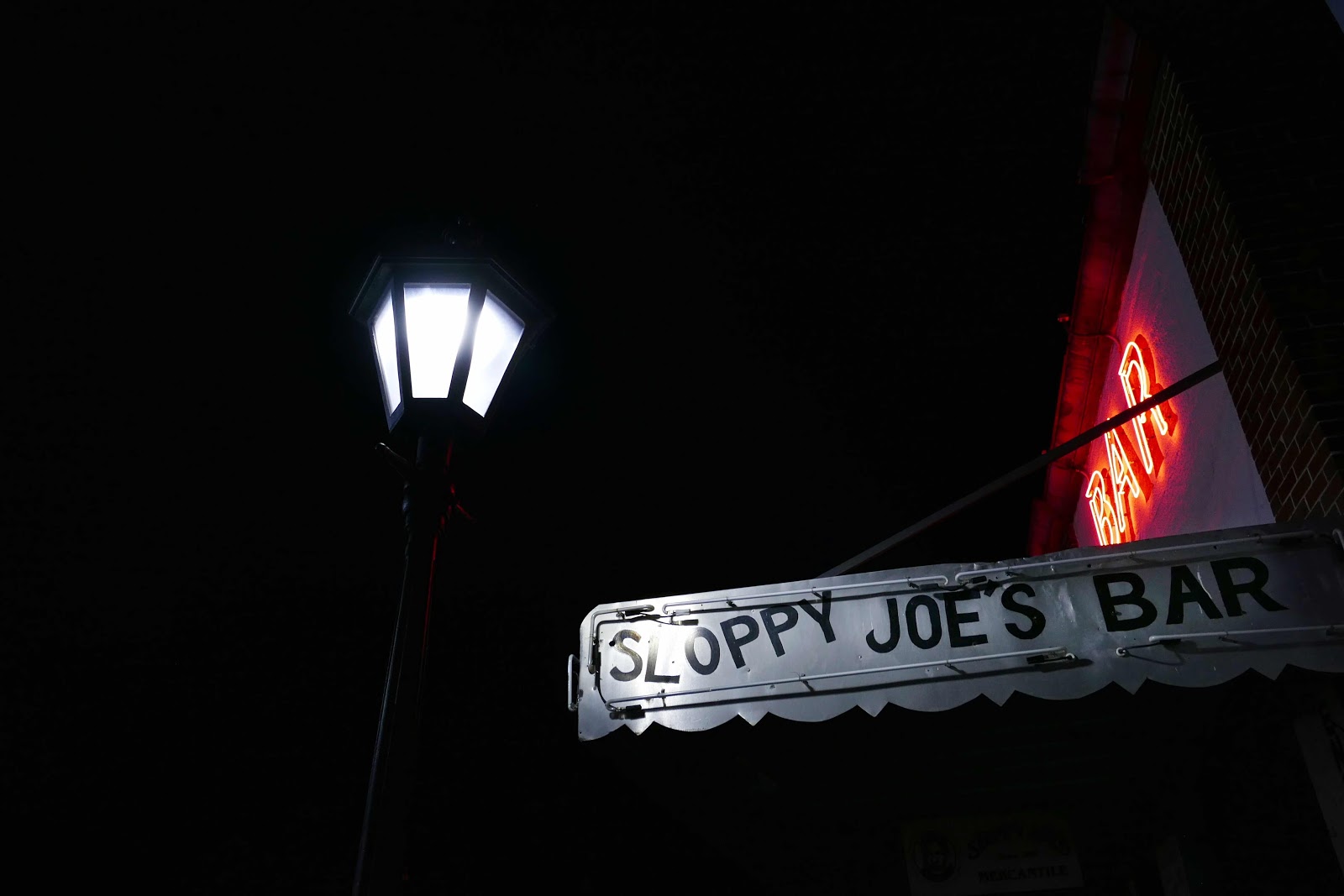 The homeless guys will still sit on the margins, at least until Duval Street is organized. The project manager of the company hired to review possible changes has moved to another job so the studies proposed for Duval are currently in limbo. But it seems likely there will be much talk of changing Duval and much opposition as there always is. 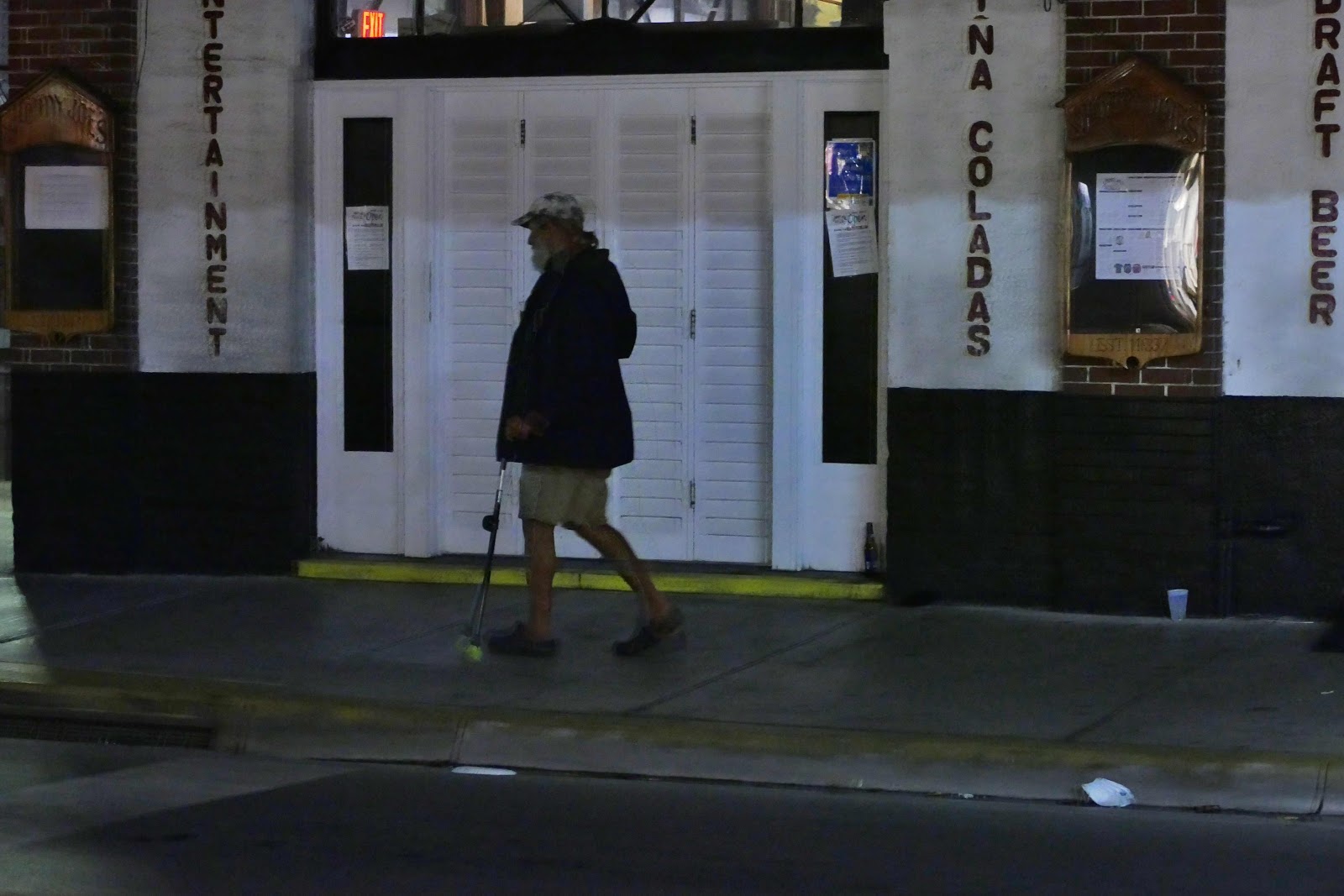 Cruise ships will one day return. They are running some experimental cruises in the Caribbean apparently, and by doing that they are avoiding US ports to circumvent the US ban on cruises. I guess we shall wait and watch and be glad other people are willing to give it a try. I had hoped to go to Europe this Fall to see my family prior to my retirement but Europe remains a shambles with closed borders, hardly any vaccinations and continuous lockdowns. So much for that... 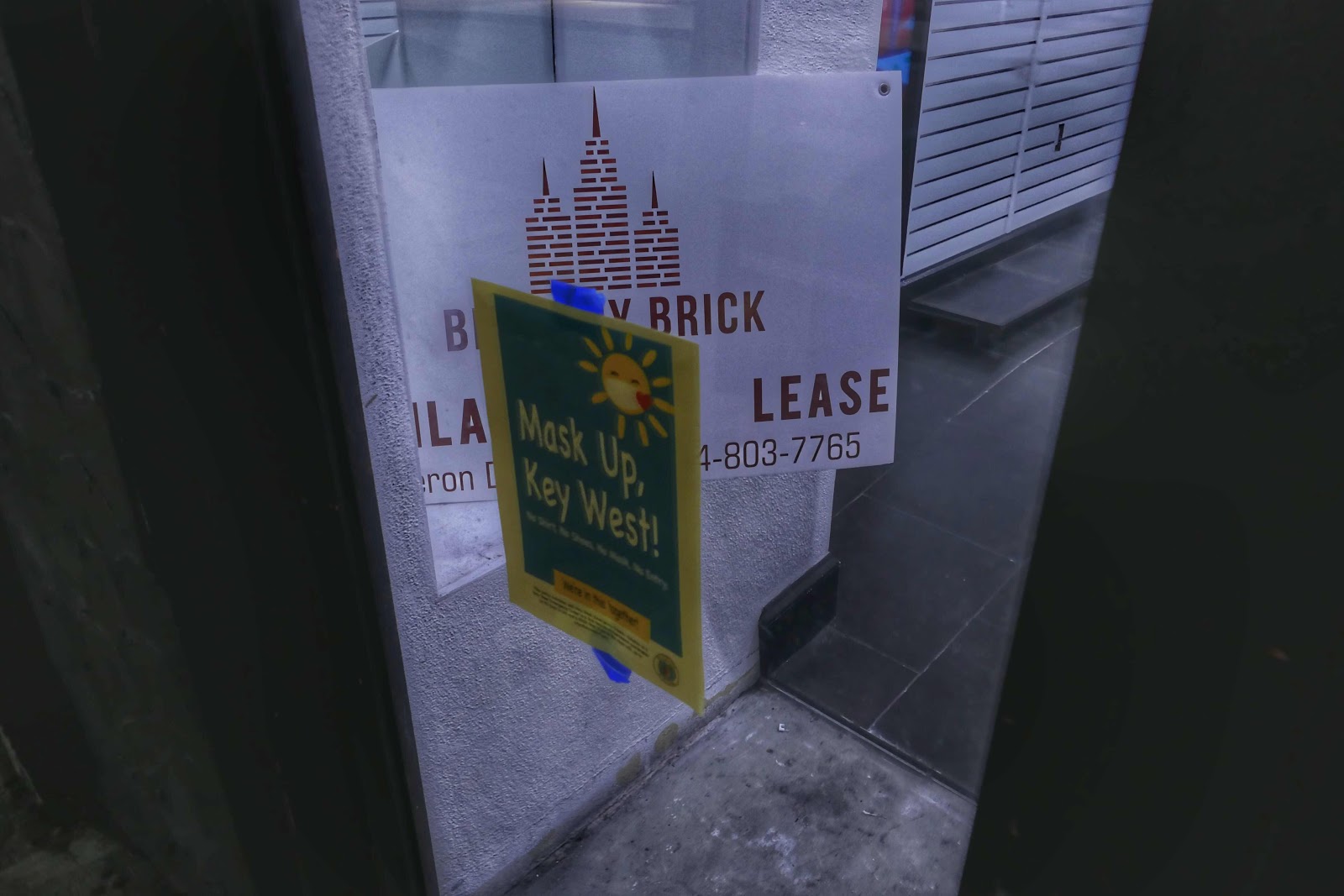 I took the photograph below on the three hundred block of Duval. The building seen in daylight is just another sloping roof but in the half light with the tree shadows it gained to my eye and exotic distant air, a Balkan building, a place not like Key West at all. 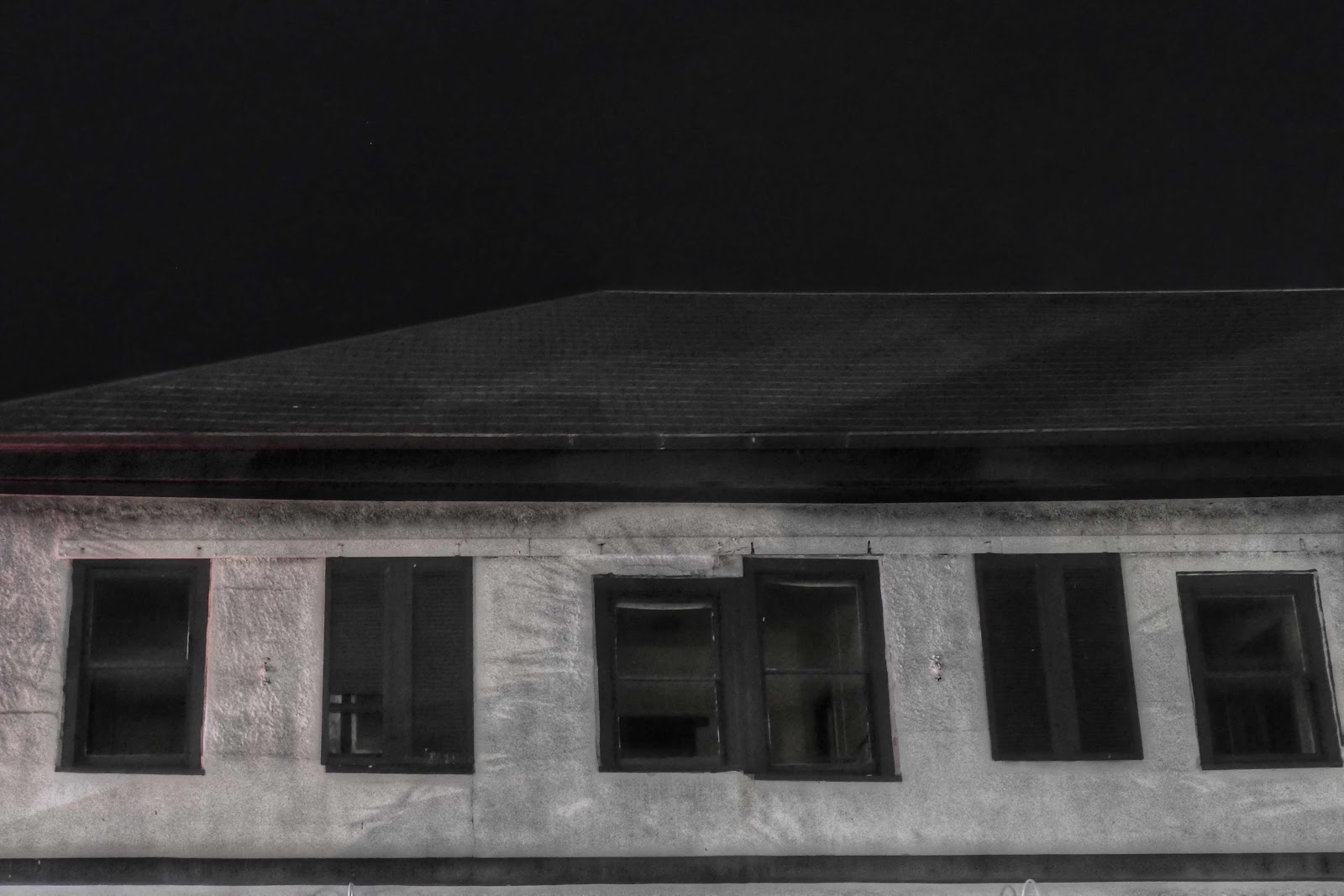 Perhaps my mind is playing tricks on me, or my camera, or perhaps lockdown is having more of an effect on my mind that I think. Six months from now...another six months and we may understand more!
Posted by Conchscooter at 12:00 AM 4 comments: