I rode in to work two nights ago for a late shift starting at one in the morning, and I was cold. Granted it was 71 degrees American (26 Canadian) and for many people that might be considered comfortably warm, but around here if it's not 80 degrees it's noticeably cool. And all this nearly in the month of May. Very nice, as summer will inevitably be long and hot; no need to rush into it. 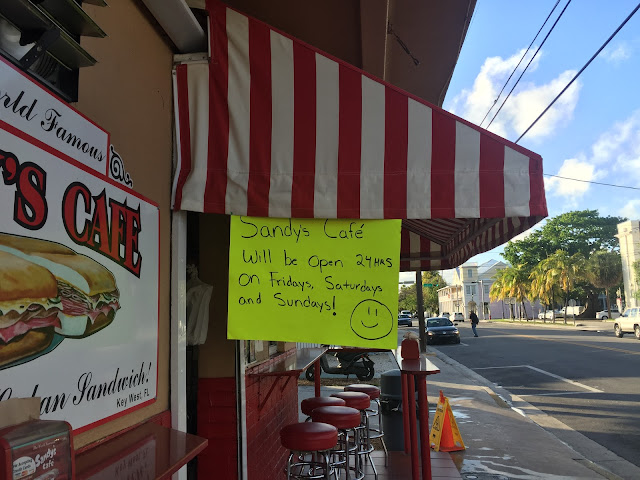 Above we see a hand written notice my colleague Chelsea photographed when she went to get coffee for our night shift.  New management made the decision to close the 24-hour coffee shop after midnight but apparently they have been told we need them in the early hours. I took the picture below on Tuesday in the early evening at Higgs Beach. There were a few people on the beach just outside the frame, but the image actually shows the spacious empty feeling of the waterfront after the winter people have gone home. 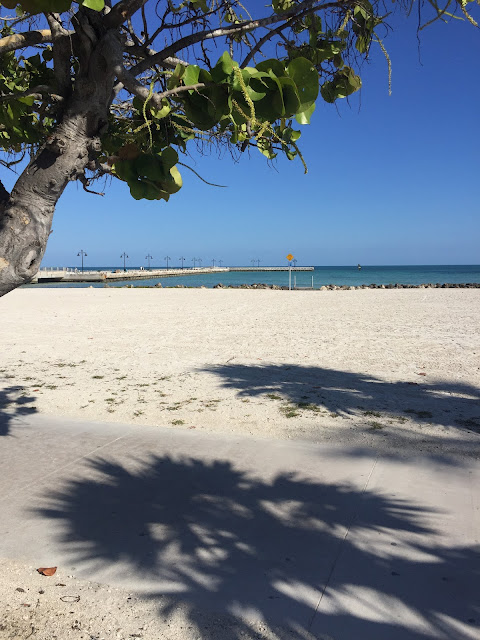 Yet traffic on Highway One remains heavy and unrelentingly slow. The city's vague promises to consider affordable housing have predictably led nowhere except into a world where working people can't afford to live in the city. I'm finding the scooter a great way to commute as it keeps up easily with the cars but doesn't tempt me to pass (too often). Sometimes it encourages the socially insecure to speed ahead of "the moped" and prove they can't be passed. That leaves me on a stretch of open road to enjoy unencumbered by car drivers and their telephones. 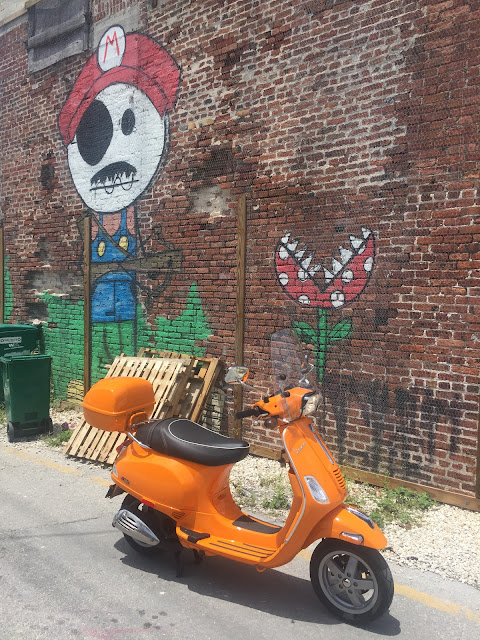 I brought Vespa S150 home in time for the Ides of March and in the six weeks since I've put 1800 miles on the scooter. It maybe a 2009 but (so far) it runs like new and i am enjoying it very much. 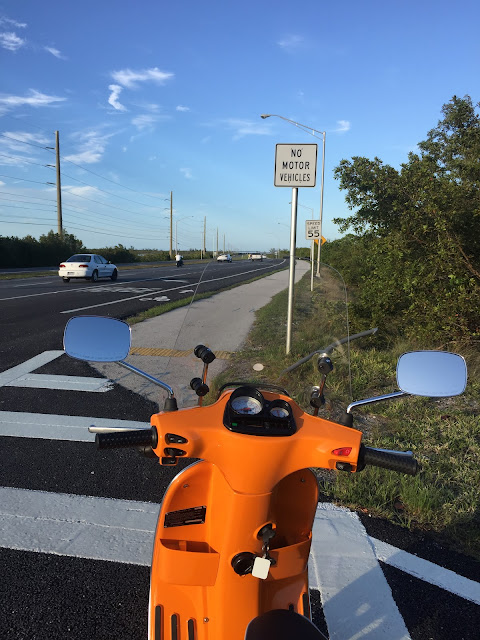 A young gay couple were strolling past the gym hand in hand Tuesday evening as I pulled up on Truman Avenue. "Cute ride!" one of them said to the old graybeard (me). Er thanks I mumbled long after they had lost interest in my orange Vespa. I'm looking forward to a long hot summer. I just wish traffic could pick up the pace a bit.
Posted by Conchscooter at 12:00 AM 2 comments: Links to this post