I took Cheyenne for her favorite stroll along the waterfront, something we haven't done for a while and she greatly enjoyed her pursuit of urban excitement. In dog terms that means walking snout to ground, in human terms it means enjoying the vast array of choices we enjoy and the diversity of how we like to do them. For me a $25,000 Canadian tricycle with a loaded trailer attached is about as far from my idea of motorcycle touring as it's possible to get. 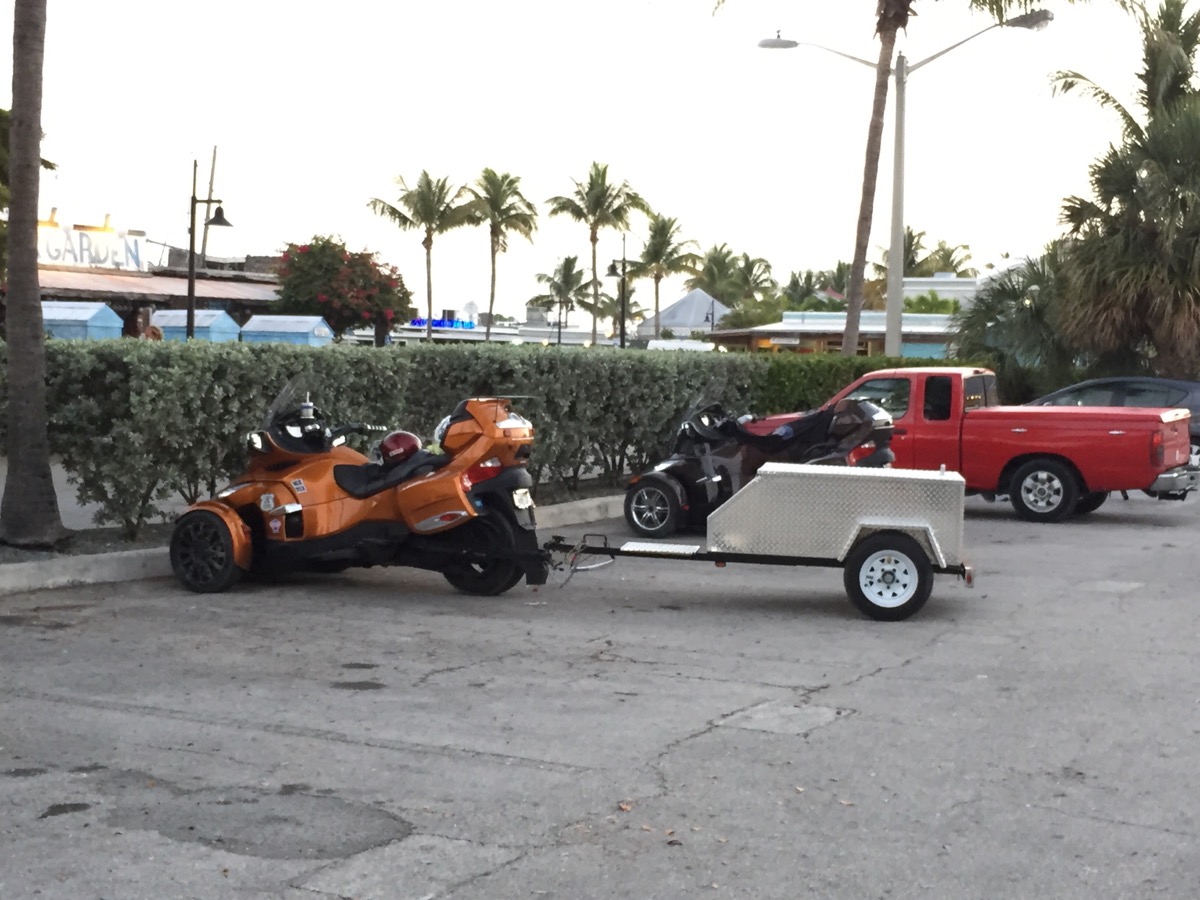 Leaving aside the concept of traveling with the kitchen sink for a moment I took a quick look at the former Waterfront Market which is being transformed very slowly into Key West's only brewpub. Apparently there are rules about how much beer you have to brew in the actual place to get that label and furthermore brewers across the state are  asking for relaxed rules for selling containers of beer for consumption at home. Florida can be a devilishly  regulated state in the most unexpected ways. The governor has even forbidden state workers from using the term "climate change" as though that will make the phenomenon less real. 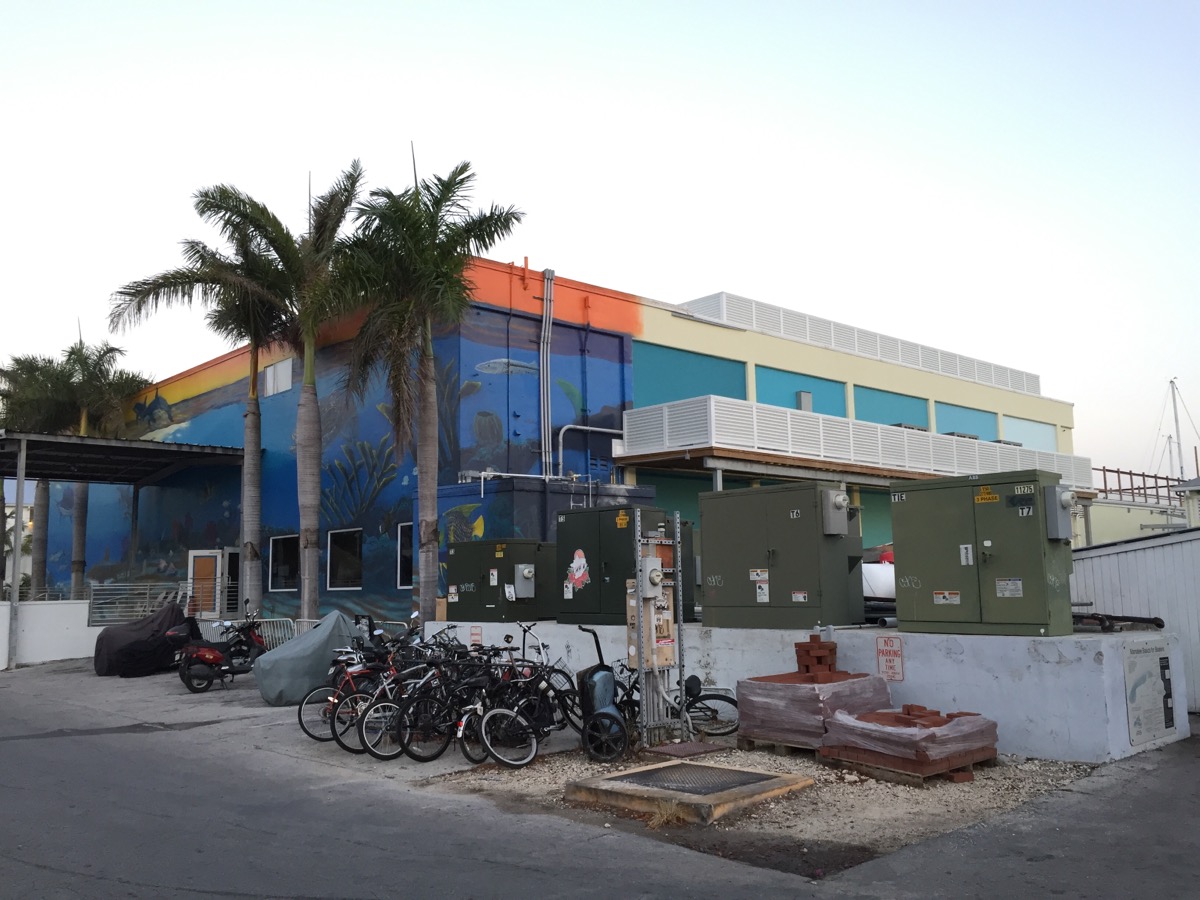 Key West has been going through a few changes lately and I have been rather busy plugging away at work to notice all of them, or even  to take advantage of Conch Republic Days which pressed on even without the redoubtable Peter Anderson to steer the ship of state. I have made a note to myself to go by his new monument in the cemetery which was unveiled last week. Anderson made a business out fo selling the notion of a "Conch Republic" as a State of Mind complete with passports, a Navy and an annual battle with the US Coastguard. 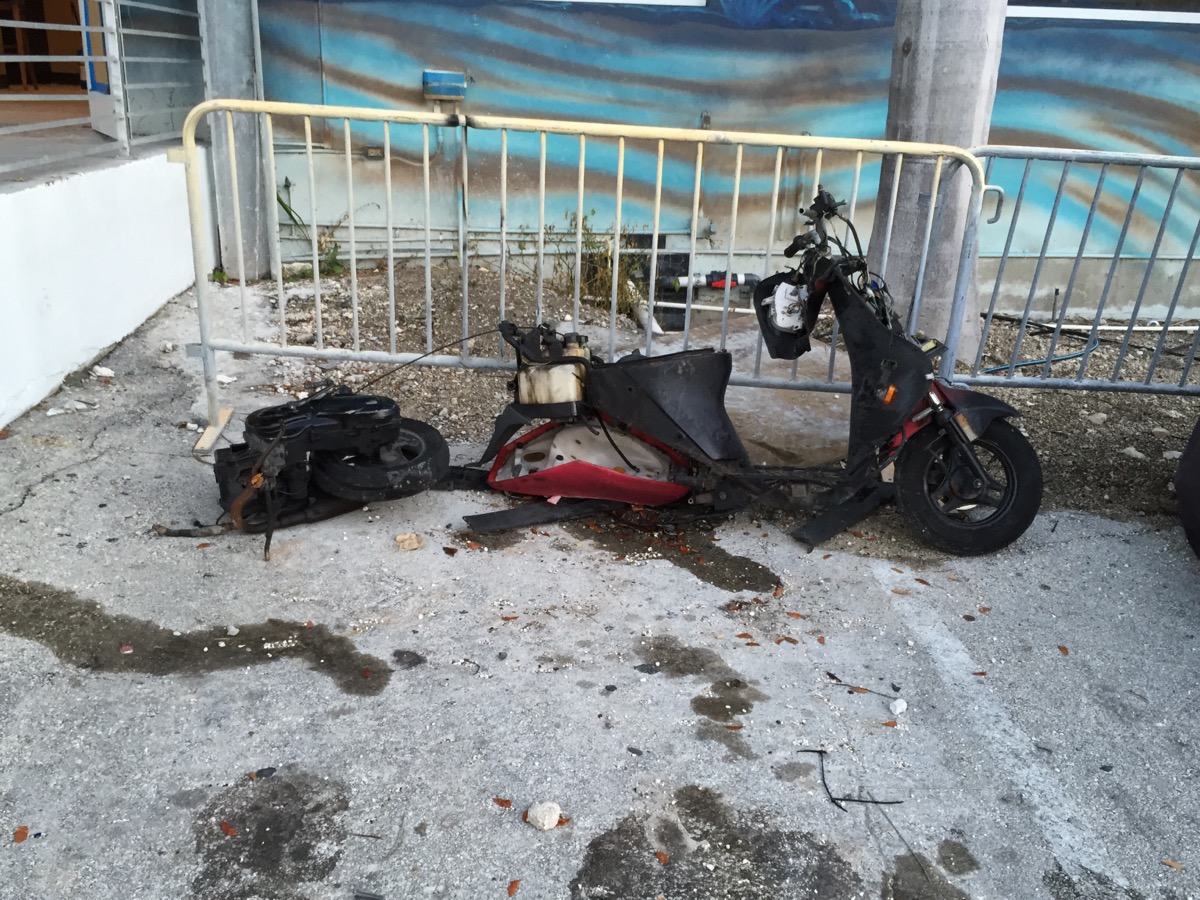 The city has a new restaurant called weirdly enough Keyviche, in the building where Braza Lena the very expensive Brazilian barbecue place used to be on Caroline Street. I'm not a huge fan of raw fish one way and the other so with a name like that I doubt I will be propping up the interior much and I doubt they will miss me. Reportedly  its been packed so I may have to check it out. The brewpub has a way to go judging by the rather spartan interior, and its been months already: 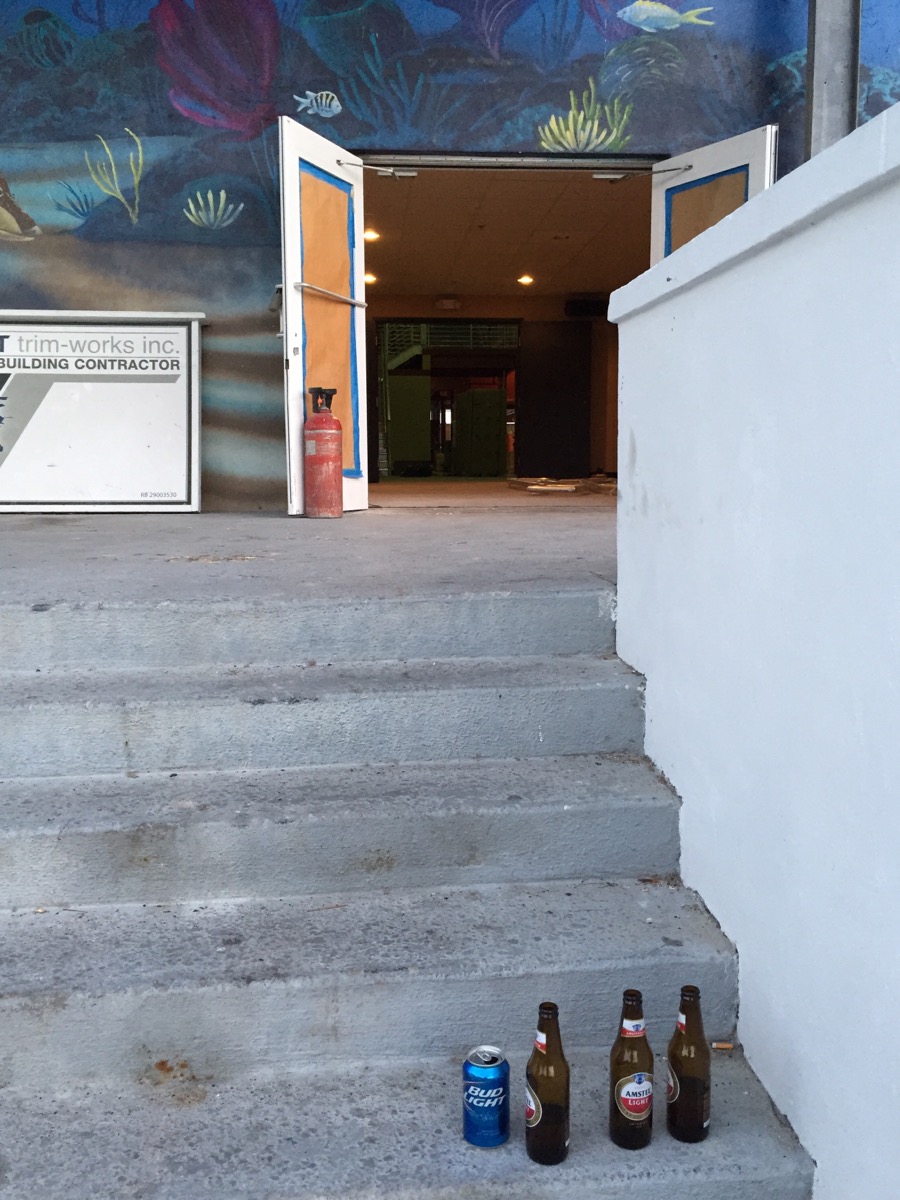 They are going to have a sunset terrace upstairs in back with acoustic music I believe so Schooner Wharf may have some competition. This place looks like it might be more to the taste of people staying at the new Singh resort across the street called The Marker. Schooner Wharf is between the resort and the waterfront and it seems to me Singh might very well want to incorporate the two. I don't think I'm the first person to think of this because Schooner Wharf has been saying stoutly its not for sale.  I don't suppose it is, the place is packed. 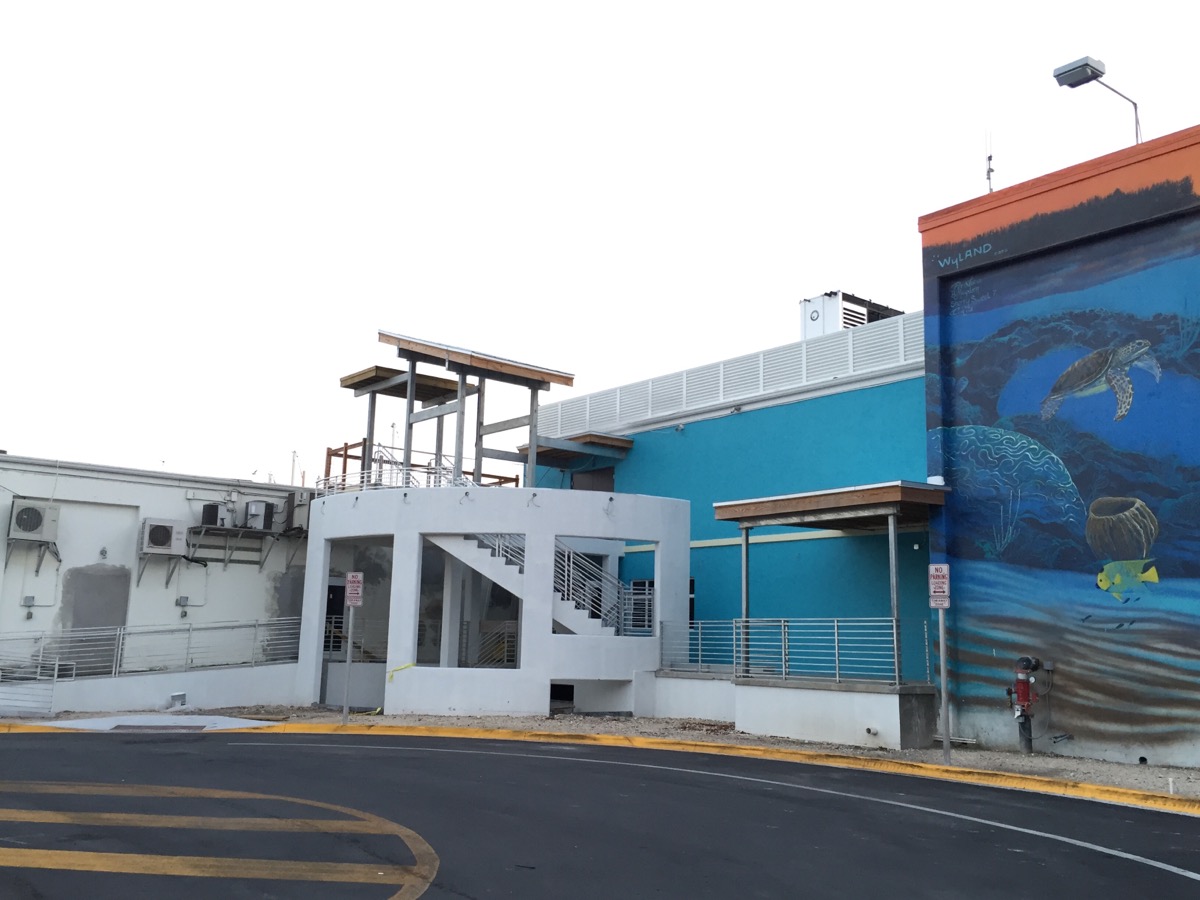 Further towards Duval Street a new housing development is promised and the land is cleared and ready for million-and-a-half  dollar townhouses, no doubt in the "Key West style" because apparently the city needs more ultra expensive housing. As usual civic leadership has run for the hills (which are a long long way away) and this development will serve to benefit no one in the workforce it seems. 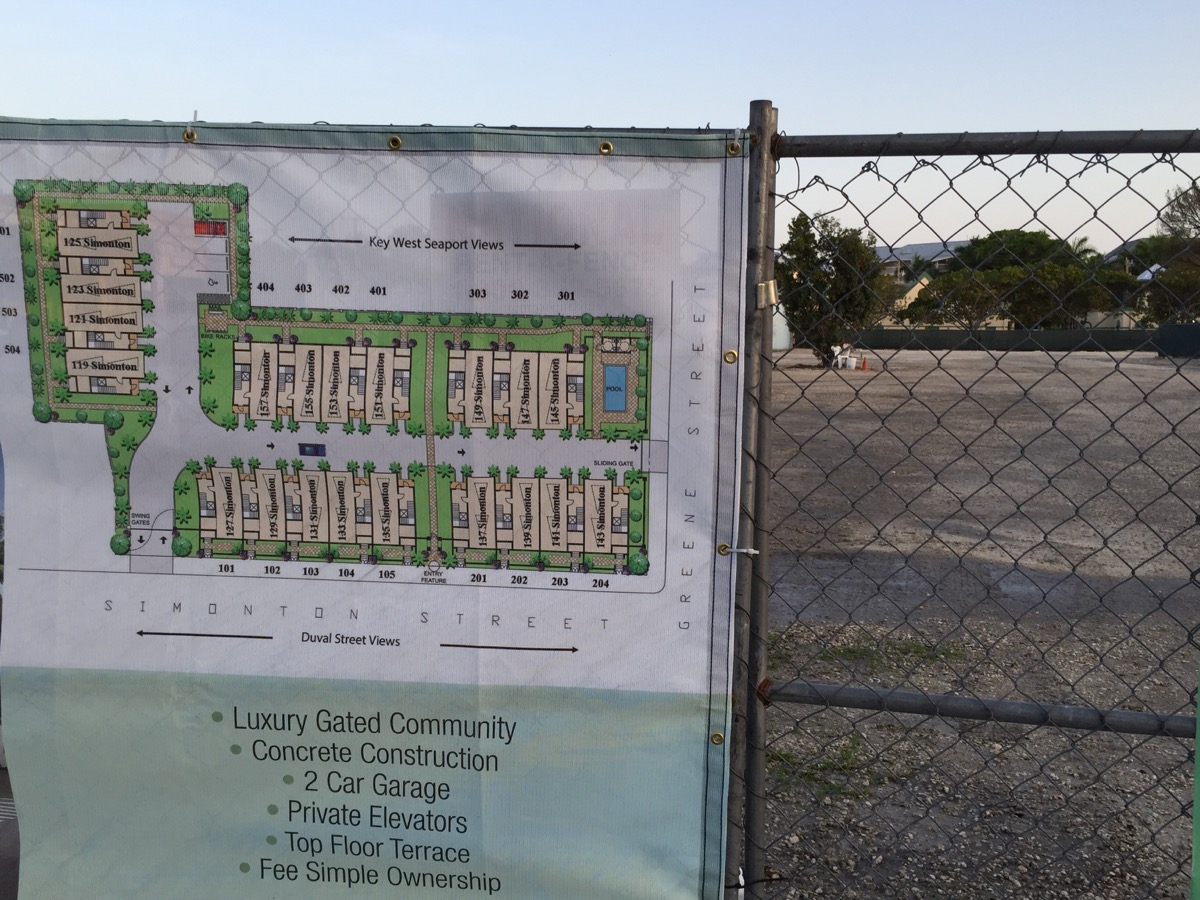 Sometimes it seems to me a little less spinelessness and a little more community control could go a long way. I try not to agree with the notion that Key West is being killed off but the struggle to oppose the belief is getting harder and harder to maintain in the face of the evidence.


On the podcast front this week we have Brady of Behind Bars fame easily located and heard interviewed by myself at Travel and Safety. You can hear the thirty minute interview by clicking on iTunes or Stitcher and we would much appreciate a rating. Thank you.
Posted by Conchscooter at 12:00 AM 4 comments: