To say overnight temperatures below sixty degrees indicate cold weather generates sarcasm and ridicule but as I never tire of explaining cold in the Keys is different. 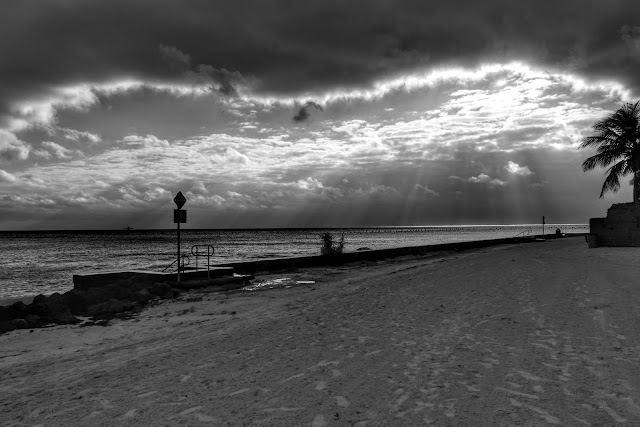 Not only are people not used to cool temperatures, cold weather here is frequently accompanied by strong winds and a great deal of numbing humidity. 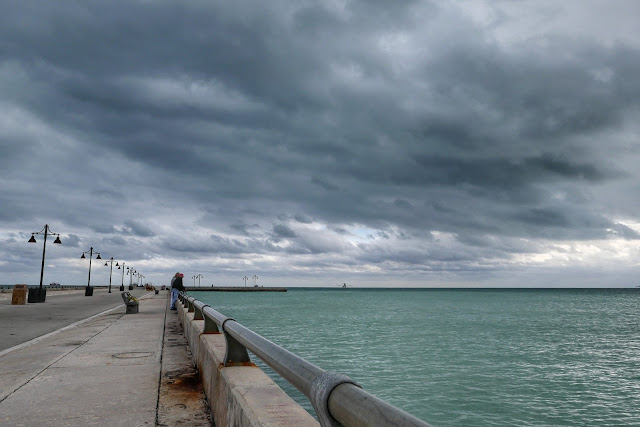 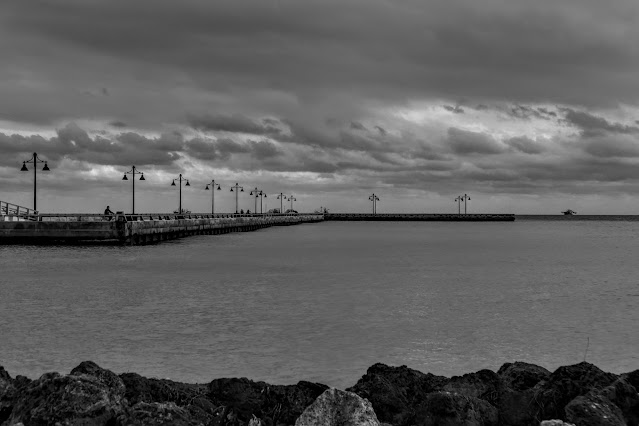 People who think of themselves as being hardy and tough will express surprise if they find themselves in Key West on a 55 degree day. Oh, they say, it does actually feel a lot colder than it does at home in these temperatures.  Yes, I say not being given to patience, look around and see cold water and strong winds. Feels colder than you expect? Science. Actually I don't know why it feels colder than it is in winter around here but I guess its like blowing on a cup of tea to cool it down or something. Not that I ever did anything so gauche. My mother had seven different kinds of fits if I put my elbows on the table or blew on my excessively hot food. Anyway it feels cold around here when it's cold. 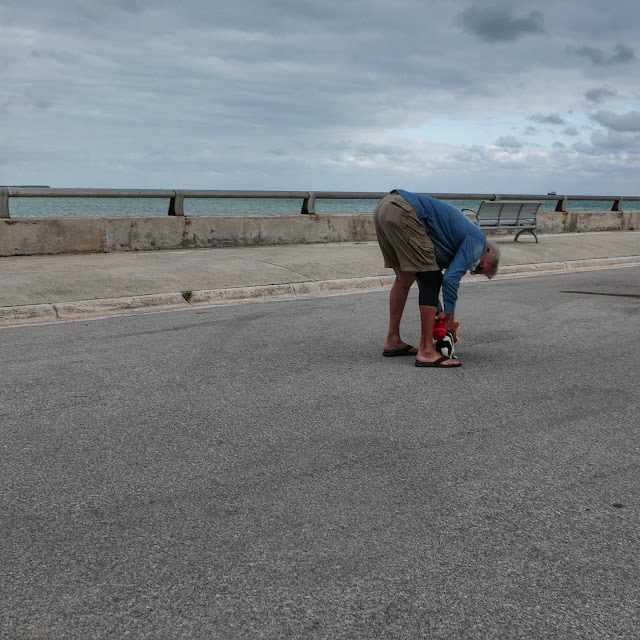 Then there is the lack of protective clothing. The small dog above was out wearing a coat that needed adjusting in the arctic blast over the White Street Pier. 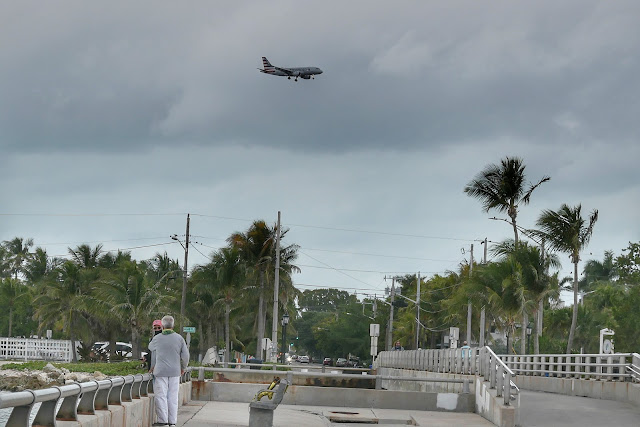 The aircraft was probably bringing people previously yanked out of snowdrifts who were about to get out of the plane and imagine themselves in a tropical paradise. 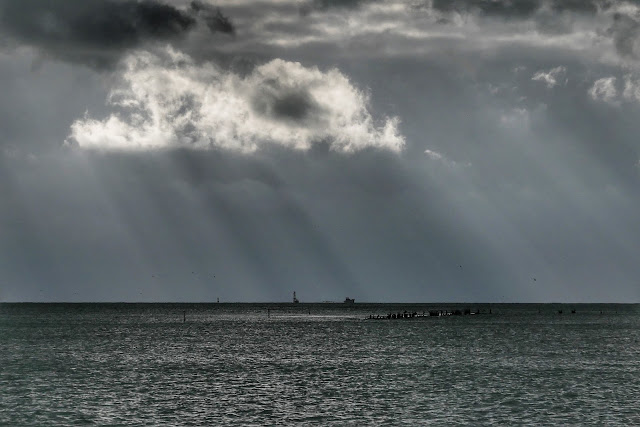 Not quite but the forecast is set to improve inasmuch as daytime highs should hit 70 under bright sunny skies putting an end one hopes to an excessively long damp hot humid nasty brutish summer. 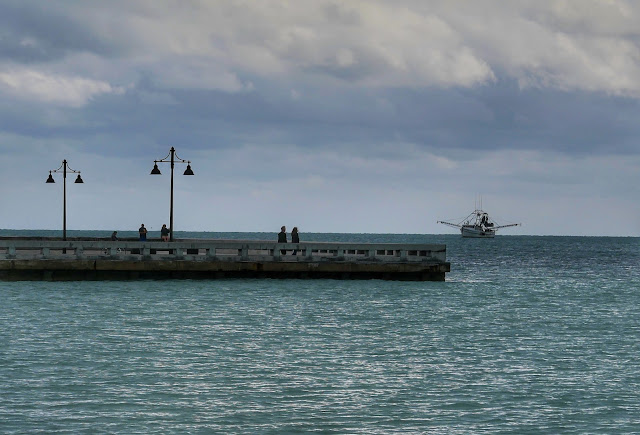 I am not known to complain about the heat but this year summer was long and ferocious and I am glad to feel cold for a few days while walking Rusty. Really, I am. 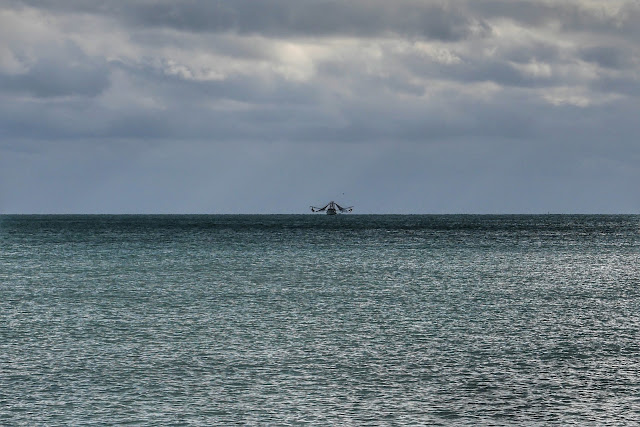 The shrimp fleet takes cover south of Key West when strong north winds are forecast and we have had those winds for a bit now. 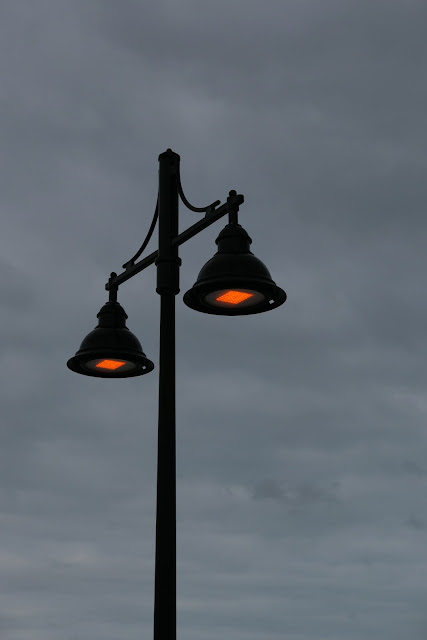 The other day our cellphone went all warbly and weird as winds gusted more and more ferociously. To make phone calls we went downstairs to the van to use the cellphone booster which helps us get a signal on the road. It was excellent. 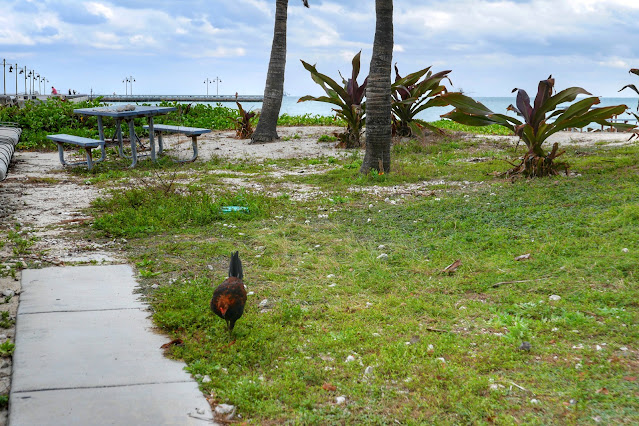 By the weekend days will be 80 degrees again and nights will be around 70 and things will be back to winter normal, clear skies, few clouds and lots of pleasant days ahead. 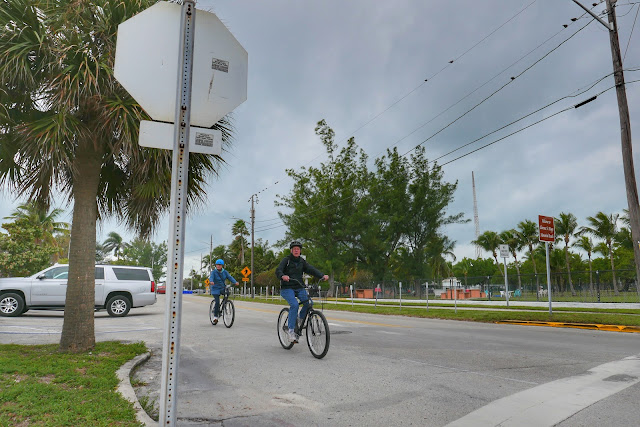 For now we hang on and ride out the cold. 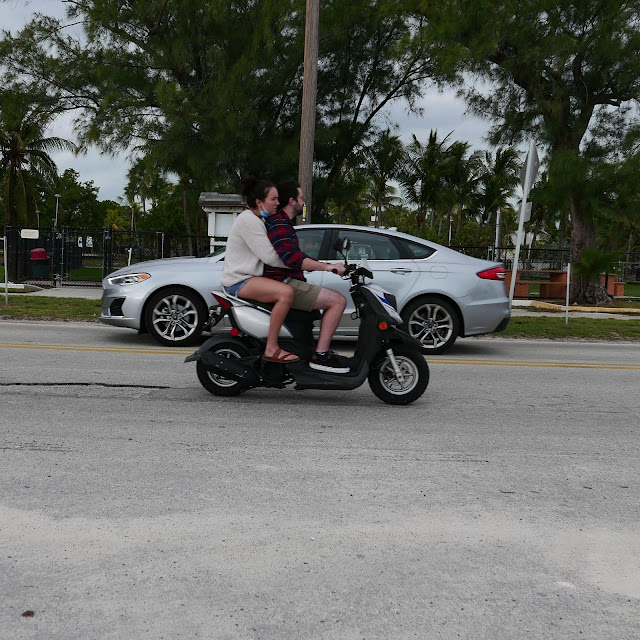 And enjoy winter as it should be enjoyed. 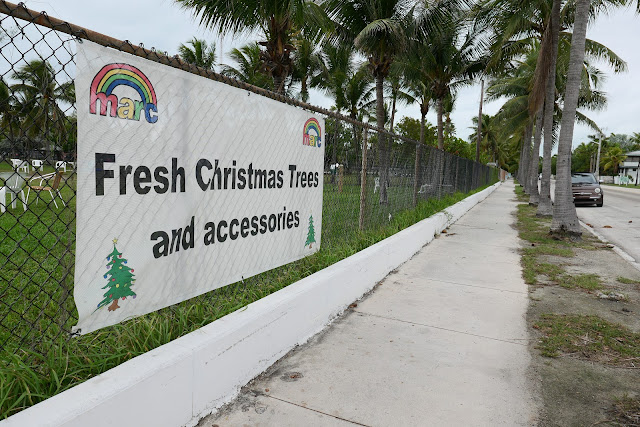