In some manner the term Conch Cottage refers to homes that have been knocking around since Key west was chartered in 1828 and they are invariably made of wood and are supposed to be small and charming. 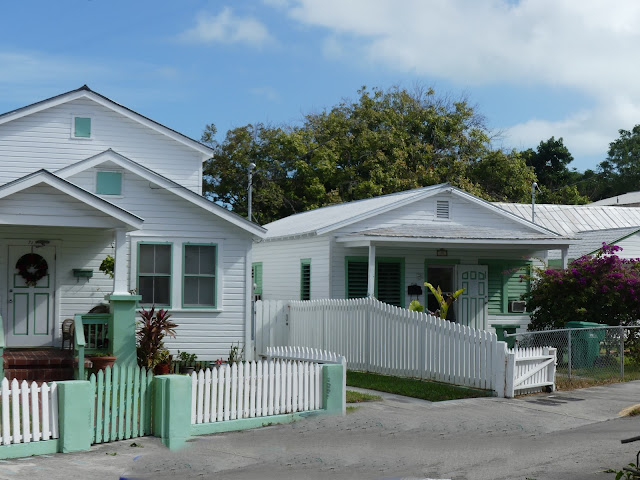 I found an article in Coastal Living magazine discussing an extensive renovation of one such home:

The Winfreys' early 1880s Conch house (the local term for any simple wooden residence) would have been a familiar type to the spongers, wreck salvagers, and cigarmakers who filled the town back then. The Classical Revival sawtooth (from the ridges of its parallel gabled roofs) had three bays--originally, a central entrance hall flanked by two small rooms. The "classical" derives mainly from its simple porch columns and harmonious proportions, but the couple might well have thought it referred to ruins: Though clad in deathless pink aluminum siding, the house had major termite damage, dry rot, plants poking up through the floor, and rain drizzling through the roof.
"It dawned on us that it wasn't going to be just three carpenters working for three weeks," says Carey. Determined to restore the house's original character (and satisfy Key West's vigilant Historical Architecture Review Commission), they began working with preservation-savvy architects William Horn and Frank Herdliska. Like many owners of coastal homes, the Winfreys reviewed the renovation from afar--first New York, then Washington, D.C., where they moved after Carey was named editor in chief of Smithsonian. 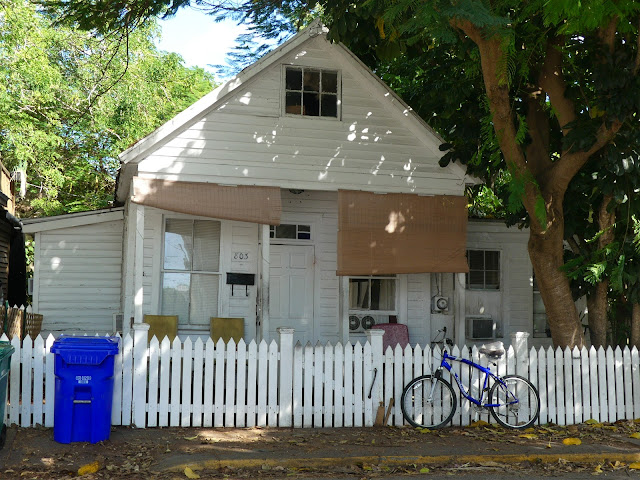 The "sawtooth" referred to in the article is a home with a couple of additions in back of the original house creating several pointed roofs, designed that way to catch more rain to feed the cistern for a larger family in the bigger home: 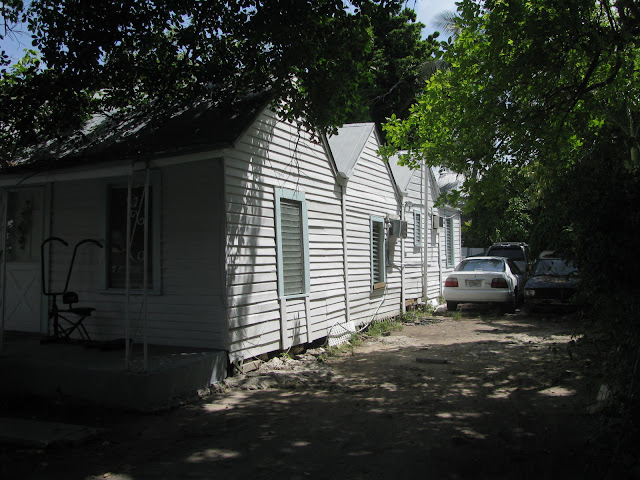 The look is supposed to be finished with a picket fence or a cement block wall (Christmas ornaments optional). Rusty enjoys exploring the streets while inspecting the base of the fences. 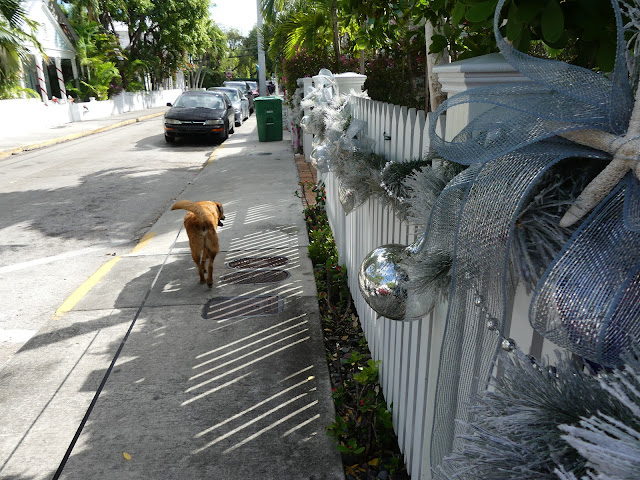 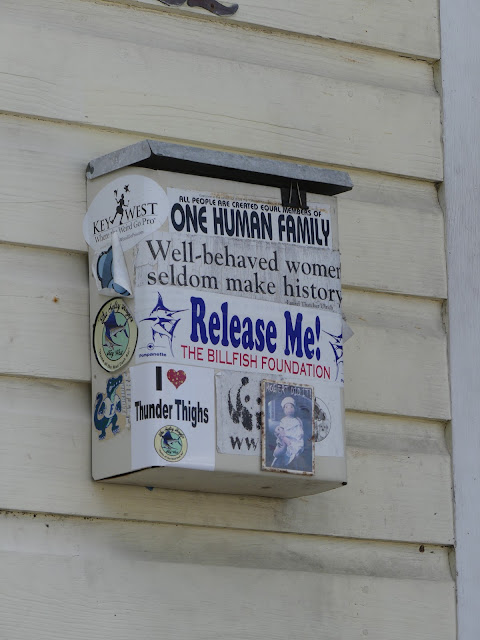 The God of Prophecy Church on Elizabeth Street is an adaptation of a Conch ("konk") cottage: 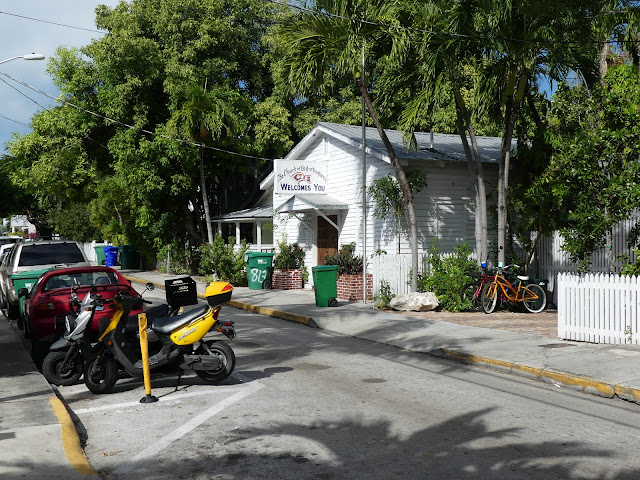 Money flows in to Key West and renovation and repair is a big part of owning a run down elderly home which has weathered the ... weather in this salty sunny wet  town. 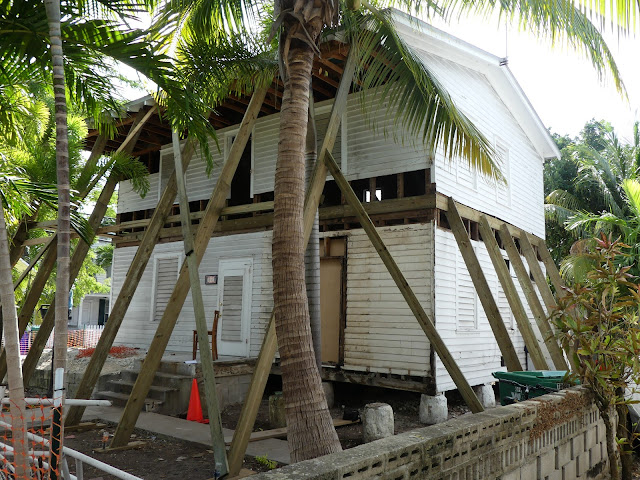 And there can be lots to haul away if the work encompasses major repairs: 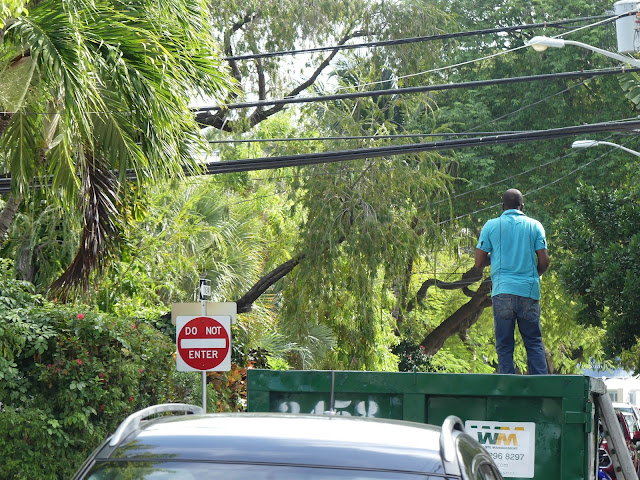 The old Seven Fish restaurant was charming because it was in a Conch cottage type space. Now they are in a larger modern building as I wrote elsewhere on this page  I'm not sure it will feel the same at all. 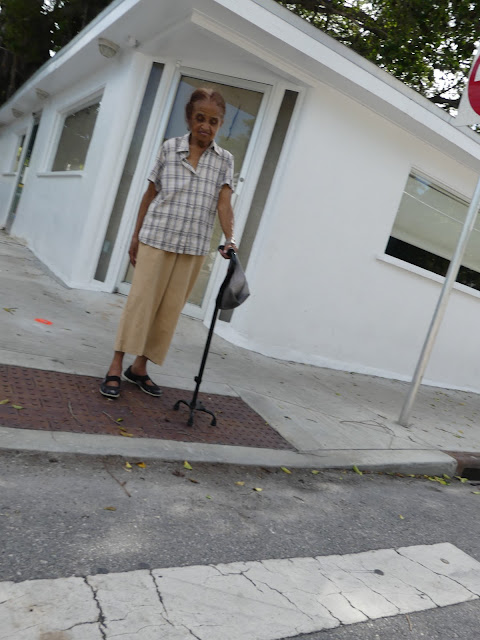 Restored, painted and ready for anything: 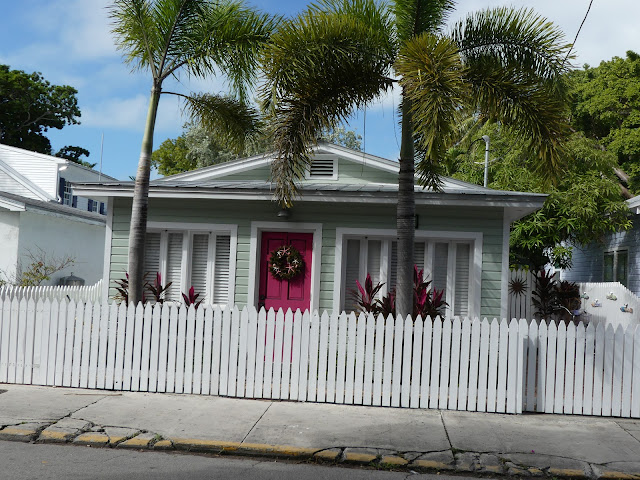 I always enjoy the written delivery instructions. This by the way is a classic Conch cement block garden wall: 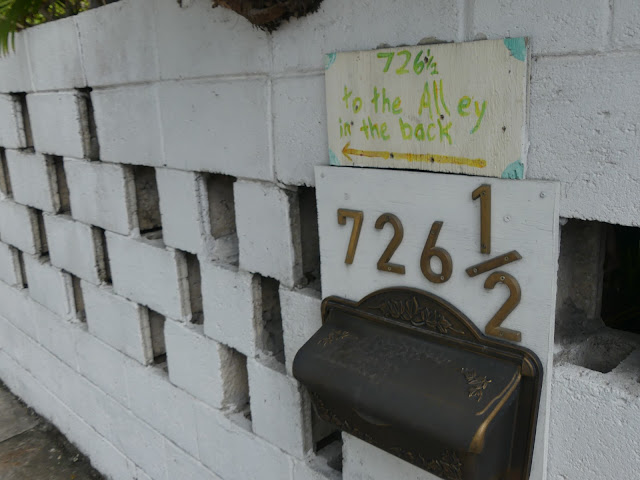 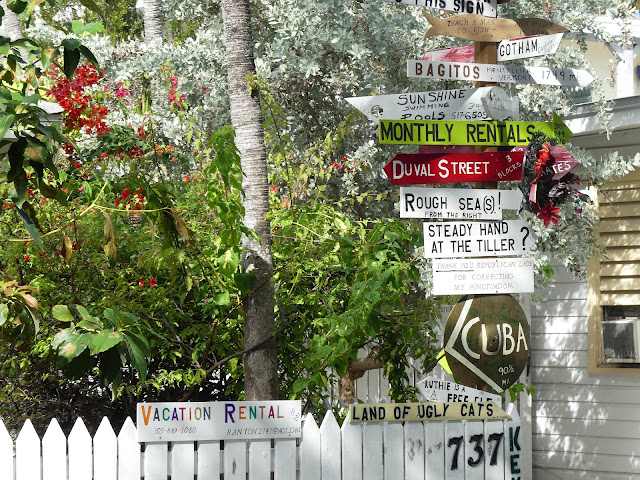 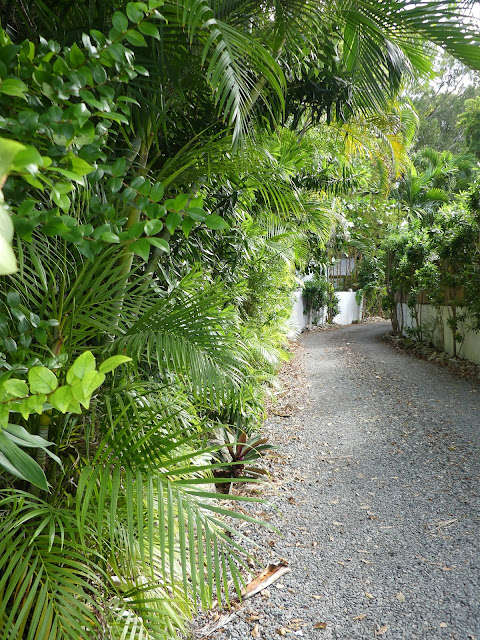