The street party on Petronia Street off Duval lasts a couple of days and I enjoy going down for a visit. 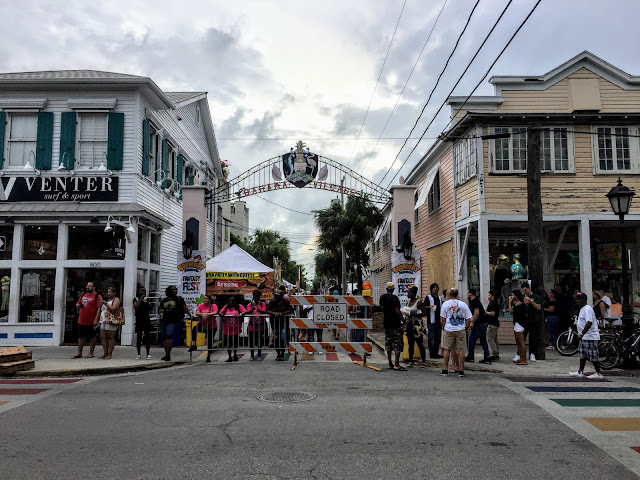 This year Fantasy Fest is under new management after the last management team retired so before the Catastrophe there had been quite a bit of speculation as to how the new fantasy fest might play out. Some residents hoped for a little less nudity and a little more fantasy...me among them, but now with the effects of Hurricane Irma Fantasy Fest becomes a bit less urgent. Making floats when you have to rebuild your home...its no contest really. Then there's Goombay. 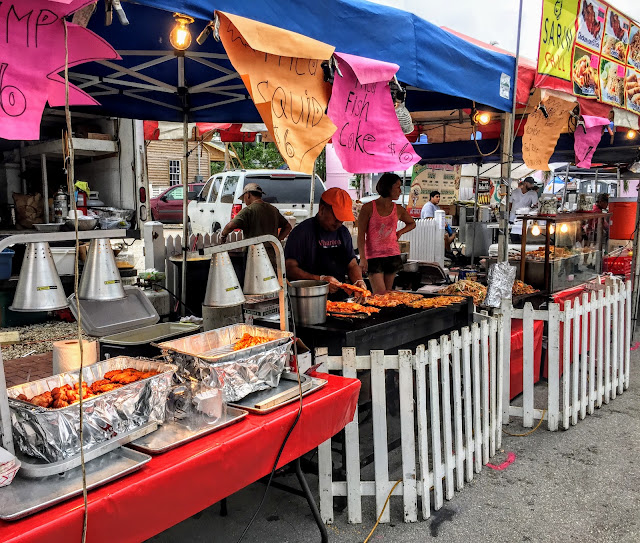 This year Goombay has been officially aligned with Fantasy Fest as the opening event of the week long party: 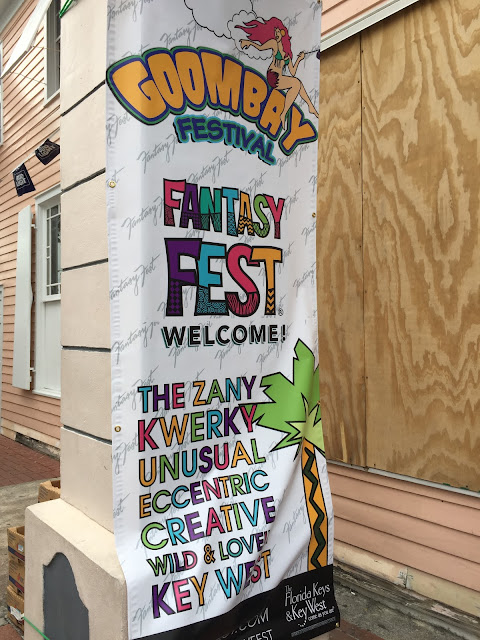 I like Goombay as it is the first street fair of the winter season and I get my fill of the street food that reappears as the winter season winds along. Technically its supposed to celebrate the common heritage of Bahama Village, the African American community in Key West and their roots in the Bahamas and the Caribbean. I have had goat curry at Goombay offered by Blue heaven restaurant but mostly the food looks Colombian to me with the abundance of sweet cheese filled corn cakes called arepas: 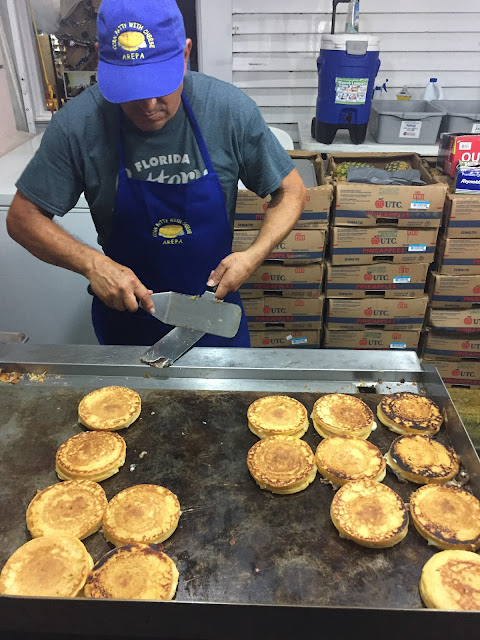 My attendance this year got completely gummed up as my plans for a visit on Friday, my night off were killed by a major wreck on Highway One which closed the road for hours. I had come in to Key West for my exercise class and riding home I got snarled in traffic. So I got off the Vespa and pushed the 240 pound wheelbarrow on the bike path for more than a mile to get around the overturned tanker. That little walk after an hour of hard gym exercise got me all sweaty all over again: 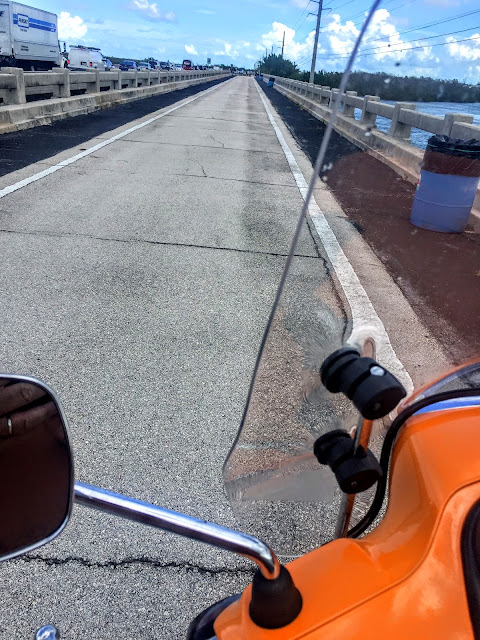 Then my wife, coming home from Marathon, a 45 minute commute, ended up spending five and a half hours getting home...Not only was Goombay out but we didn't even have dinner together. Boo hiss. So I swung by Goombay before work last night, before the rain too: 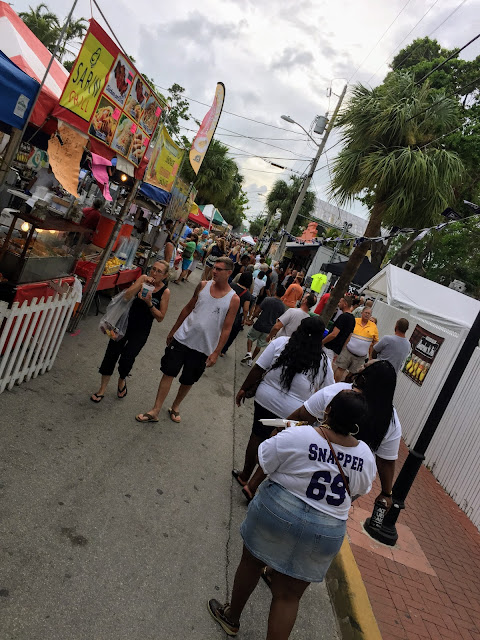 It didn't seem terribly crowded to me but no doubt more people will come as they discover the trash in Key West has been cleared and the city mostly looks pretty normal. 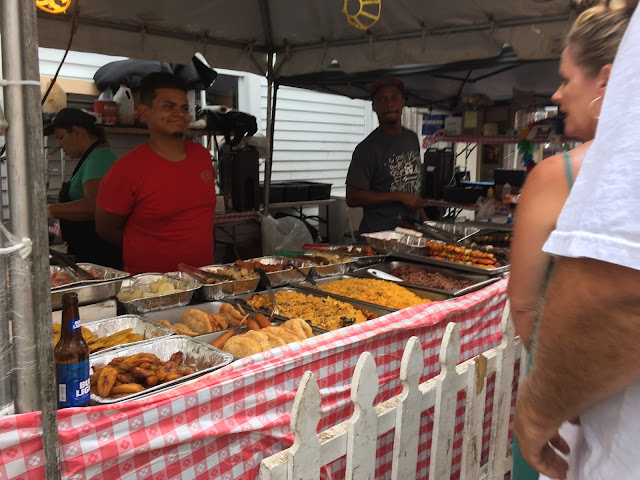 And here endeth the family friendly portion of Fantasy Fest, music food and good cheer. Now we move on to the odd parties and people wandering around Duval Street in various stages of undress. Sigh. 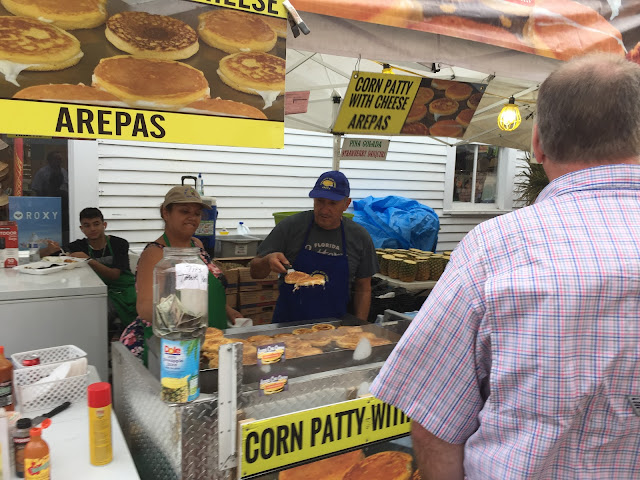