Conch Republic Days are underway and are supposed to culminate this weekend in a sea battle between the Conch Republic navy and the US Coastguard. The US always loses in the water cannon versus Cuban bread artillery duel a d everyone repairs to drink cheap beer at Schooner Wharf Bar. However it seems this year the mandatory budget cuts in Washington are forcing the Coastguard to bow out of this event as the battle has been sequestered to death. Ironically the war is being won in the budget arena, by default. 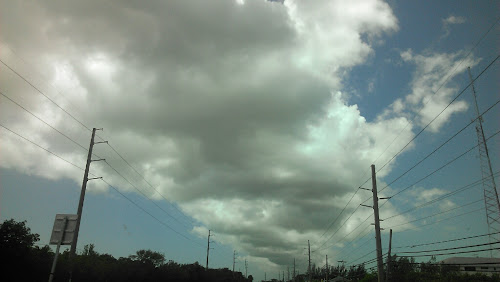 I took tHis picture of the summer cloud patterns that tend to form over the islands on Tuesday when I was in Key Largo. Driving along with Cheyenne. Snoring in the back of the car, I noticed the clouds lining up over the narrow strip of land that is the Florida Keys. I believe the heated air over the warmed waters of the Gulf Stream has something to do with it, and the creation of warmer daytime air over the land mass. So you know where the Keys are by following the cloud pattern...

The laundry on the top of the hill, Eaton Street at Elizabeth. The cyclist is outbound on Eaton turning north on Elizabeth. 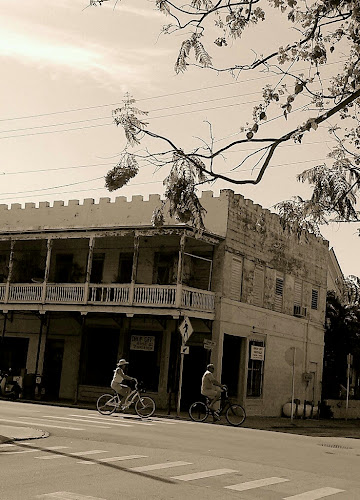 I liked the sun shining through the grass growing out of control in a front yard. It looked like Spring Up North, nothing tropical to see here 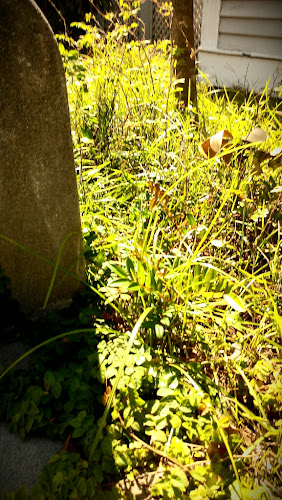 Key West boasts lots of these ornate façades. The most well known of these is on Upper Duval and marks the location of the old Cuban Club, a fond memory for club goers a few decades ago. I like this one quite well. 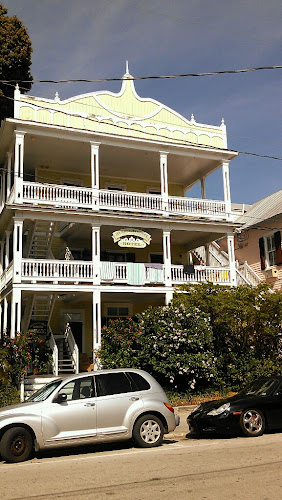 Sometimes when I walk the streets of Key West I find myself drawn to details but other times I see a portrait of  a life. Here I saw a Conch cottage, a human sized home with the old tin roof and the sky lights propped open for ventilation, a proper Key West palm for proportion and a shiny bike out front. Who needs a car in town? Everything in proportion and compact. 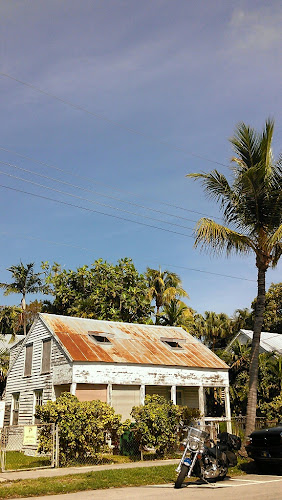 And then there's the start of the dumping, inevitable on an open space like this one. This is where developer Pritam Singh, of Truman Annex fame has a 97 room hotel planned. Until the hotel comes through there is a place to rest... 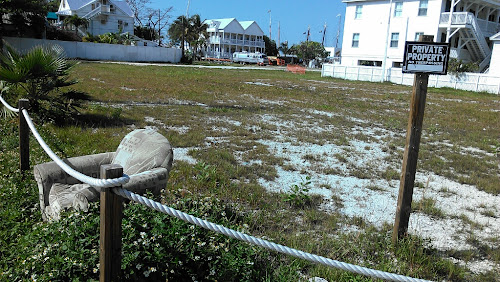 Key West they say has a high proportion of churches to residents of all Christian sects. Lately I discovered, by Google accident, the location of a mosque, new to me; but I've known about the rather better signposted Reading Room for many years. I used to work for the Christian Science Monitor's defunct radio service. I never forgot the day I phoned my editor to go over my story and he was in bed with a broken leg. They don't believe in medicine and he was praying to heal himself. He thought I was an idiot for being so astonished at his predicament and he was amazingly good natured considering how much pain he must have been in. Give me tranquilizers or give me death, frankly. I would make a crap Christian Scientist. 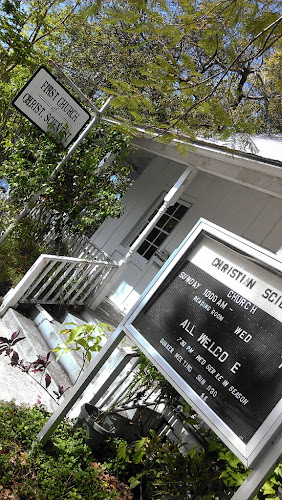 My kind of yard, potted chaos in a play of shadow and light. I always want a tidy yard but I end up with a certain amount of disorder. 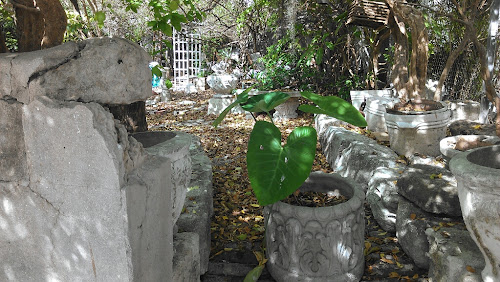 Cheyenne almost never peers out of the window. Everybody else's dog seems to love it. 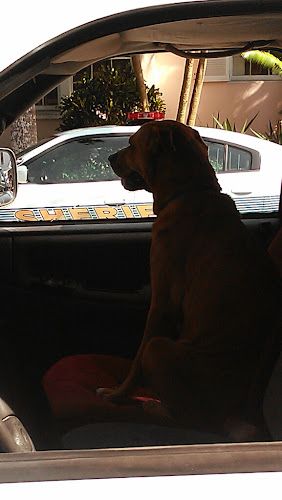 I spotted this traffic jam in Love Lane off Fleming Street. 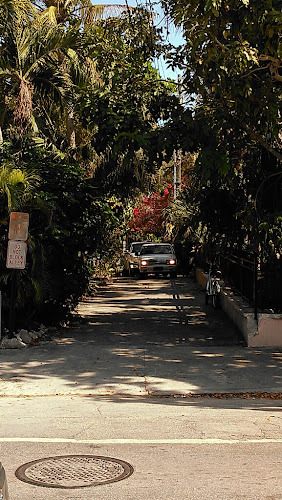 We are between seasons right now. The cool dry winter season never really hit this year with just two anaemic cold fronts and one big one, and now summer has arrived early. It's not properly humid yet but day time highs are already in the 80s. 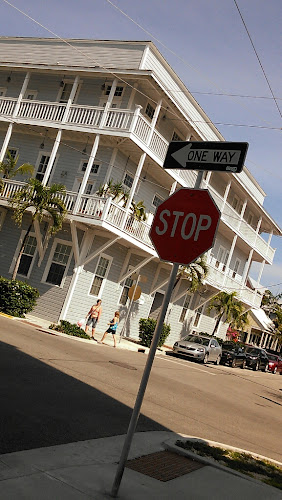 While Cheyenne was dawdling over a particularly succulent smell I overheard two tourists on bicycles stopped to talk to a resident cleaning his car. It was the usual stuff, where are you from, how long have you been here and all that stuff. Thirty seven degrees at home in New York the man on the bicycle said. He was glad to be swearing on Packer Street in the sun. 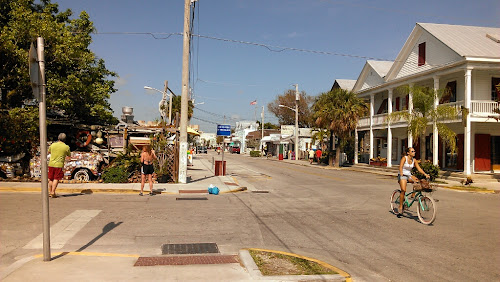 I have difficulty I imagining life in a place where frost strikes this late in the year. It was fifty degrees in Ocracoke last month with howling winds and I froze. Stuff that.