One of the unusual aspects of knowing nothing about Judaism and then waking up one day married to a Jew is that you discover tons of stuff that much to your surprise is the root of your own Christian religion. They never taught me in school that habits and usages of the Catholic Church are based in practices of Judaism -keeping a light burning in the sanctuary, covering heads (men in Judaism, women in Catholicism as was) odd dietary restrictions and so forth. Building temporary shelters to celebrate holidays is not one of them. Jews do that and there is the one such symbolic shelter at the synagogue on United Street in Key West. 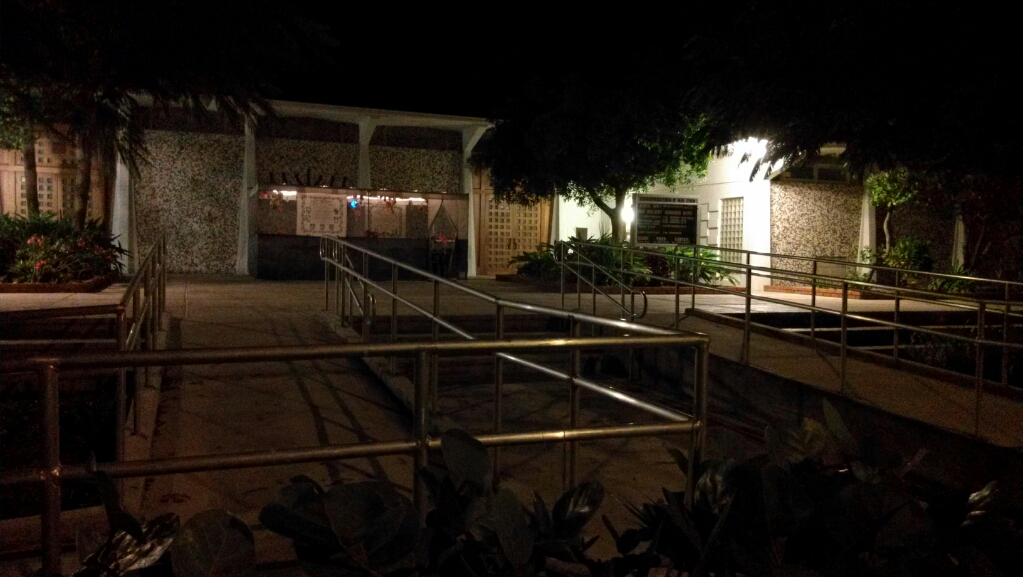 I'm not hugely familiar with the customs of assorted Jewish holidays as my wife counts herself a cultural Jew and she also married a non-Jew which is not viewed any more kindly by her lot than it used to be by mine. We had a religious wedding and finding a suitable rabbi was beyond us so we used an ecumenical priest who managed to get into trouble with his Bishop for marrying us. That negative experience put the last nail in the coffin of my Catholicism. My wife had kosher grandparents (separate fridges which sounds like a lot of work for a butter fingers like me) and she can recite the Hebrew prayers, which when translated sound remarkably similar to the Latin mumbles I grew up with, but we are two people straddling two cultures viewed askance by the hardliners on each side. From a distance I do enjoy the inexplicable rites and habits that are never questioned by their adherents. And you are looking in these pictures at the oldest organized Jewish community in Florida which is noteworthy for Key West, once Florida's wealthiest city and Perhaps stillmost integrated. 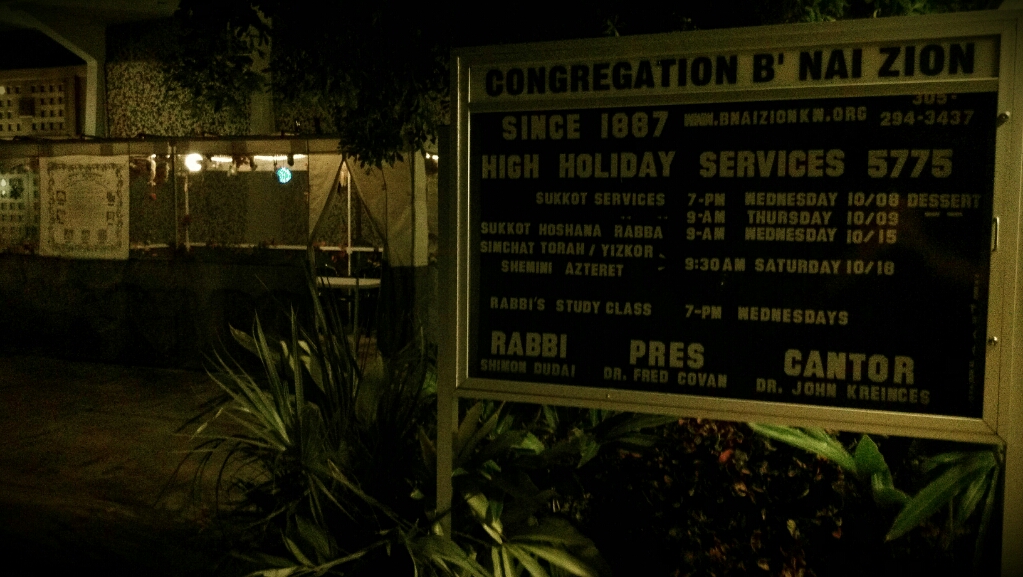 Sukkot is variously translated as the Festival of Tabernacles which is apparently inaccurate as this isn't a traditional "tabernacle" in the Christian sense. The alternative is Festival of Booths which sounds accurate perhaps but decidedly odd for a religious get together. A booth is, yes, temporary, as required here but Festival of Booths sounds like a gathering of temporary dust catcher merchants on Whitehead Street. Far better the experts explain in astounding detail and more than one language: Judaism 101: Sukkot 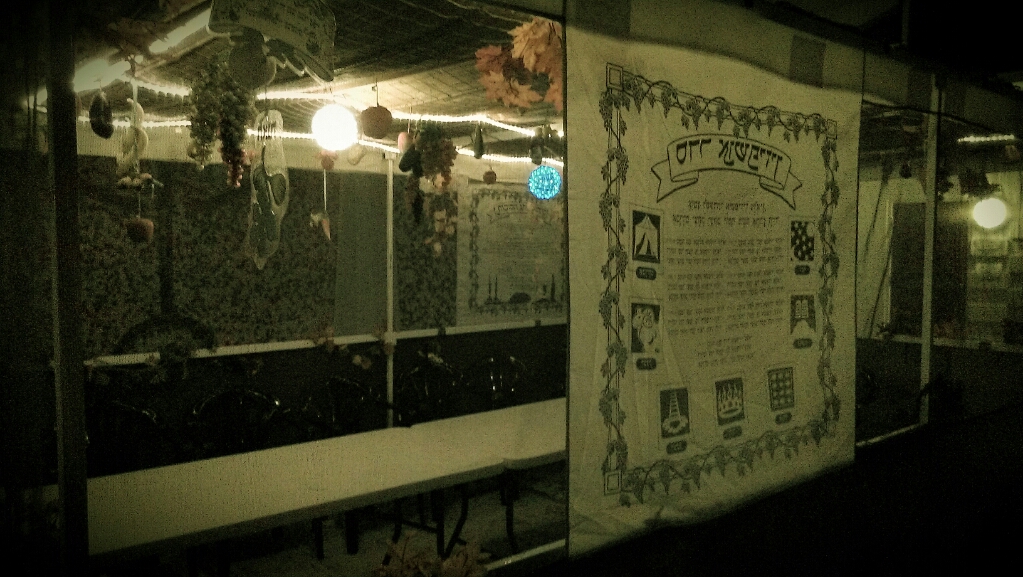 And this point leapt out at me:
Many Americans, upon seeing a decorated sukkah for the first time, remark on how much the sukkah (and the holiday generally) reminds them of Thanksgiving. This may not be entirely coincidental: I was taught that our American pilgrims, who originated the Thanksgiving holiday, borrowed the idea from Sukkot. The pilgrims were deeply religious people, living their lives in accordance with the Bible. When they were trying to find a way to express their thanks for their survival and for the harvest, they looked to the Bible for an appropriate way of celebrating and found the fall harvest festival of Sukkot. This is not the standard story taught in public schools today (that a Thanksgiving holiday is an ancient English pagan custom that the Pilgrims brought over), but that story doesn't fit with the Pilgrims' strict biblical views. 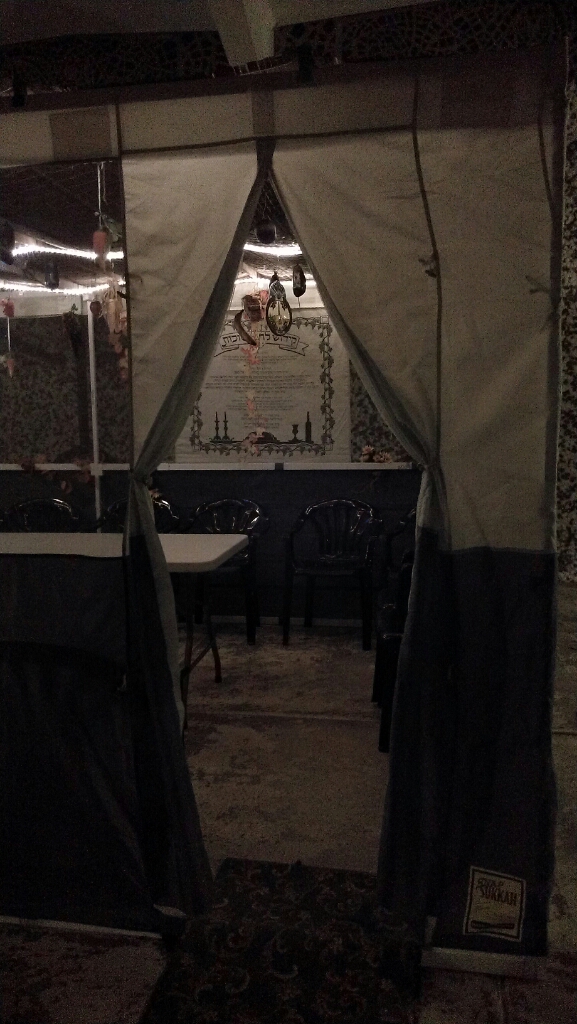 Lovely isn't it? The older we get the less truth we find, smoke and mirrors, deception and speculation. If I get too old and spend too much time wondering about what else isn't as we always thought it was, my head will explode.