From The Archives: Marathon's Other Beach

Driving north on Highway One you turn south at the last light on your way out of town, the traffic light past Key Colony Beach. 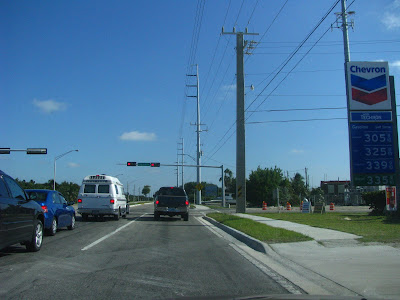 At the end of a very long drive through suburbs that reminded me of mainland Florida, you reach a turn out. 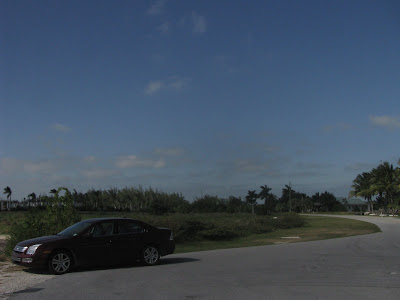 The drive to this beach is lined with nice landscaping, tall condos and tennis courts and lots of keep out signs. It reminded me very much of the tony homes lining Highway A1A along the beaches of Palm Beach County. Not to be outdone: 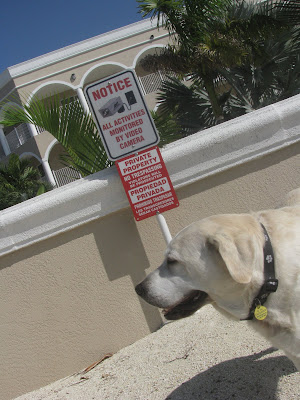 The views south were as always, quite splendid. I wouldn't trade the wildest snow blizzard in the world for this view: 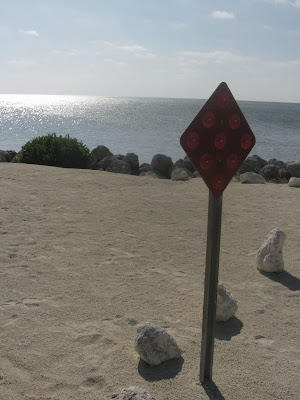 Up the shoreline there is the official city beach that we shall get to later. For now Cheyenne and I took off up the rocky shore. 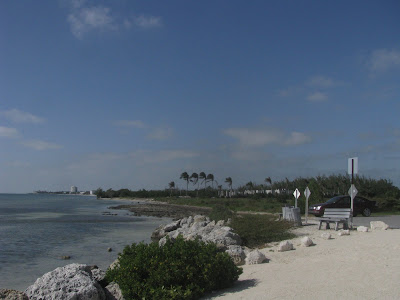 We had arrived quite by chance at low tide and had lots of room to walk. 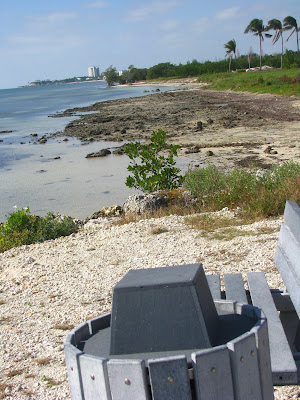 A word about the name and I had to go to Wikipedia to get this next picture and some slight information about the Coco Plum. First it can be written cocoplum or CocoPlum but my spell checker prefers coco plum... Secondly it is apparently an edible fruit found growing around the Caribbean Basin and across South Florida. It is an ornamental bush and has been planted in warmer inland areas of Florida. Like me it doesn't tolerate frost. There you have it. 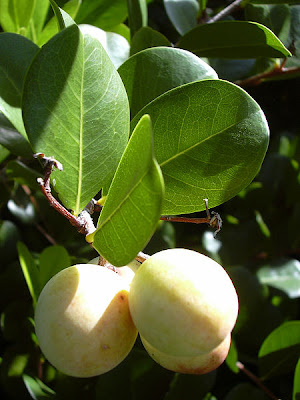 This was whence we had come, looking back at the car and the monstrosity behind it: 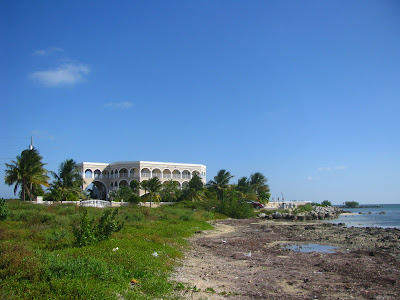 I was not alone. 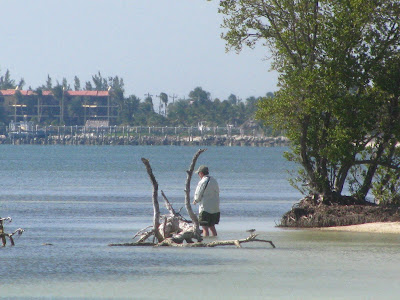 I never take for granted where I live. I know that for some people living at sea level with no hills must seem like a bore but for me, this is perfect. 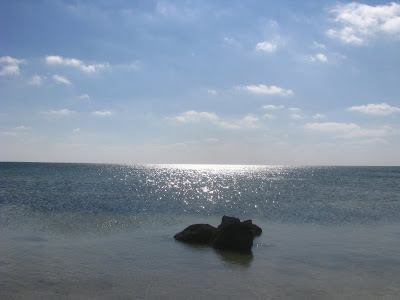 She doesn't seem to mind it either. 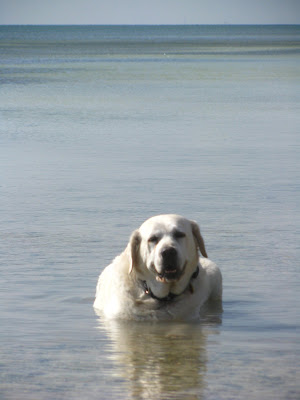 It was cold and breezy, with temperatures in the low 60s (16C) and the north wind was honking. 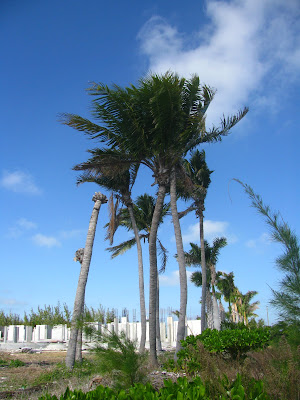 Here on the south shore of the island, close in to the mangroves we were well protected from the breeze. 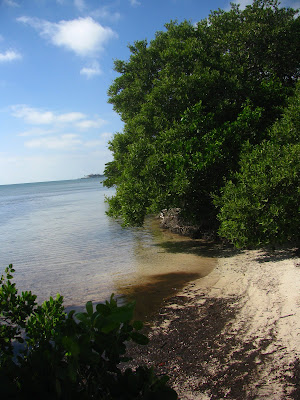 I found a trail that led us through the bushes. 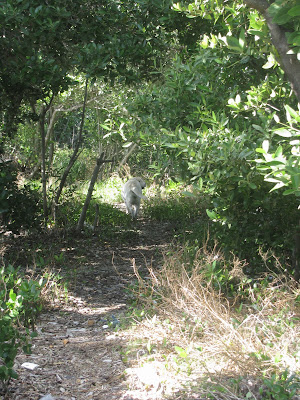 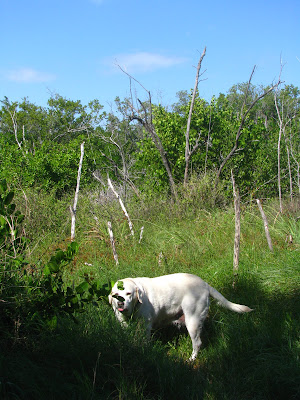 Cheyenne was having a great time. 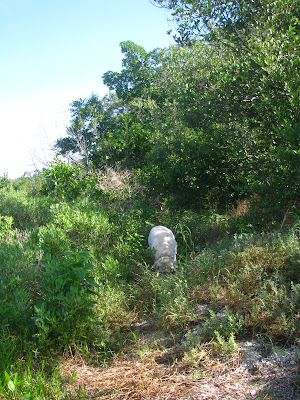 I had my Zen moment tucked into a small beach with someone's lean to of sticks built up behind me. I felt like Robinson Crusoe. 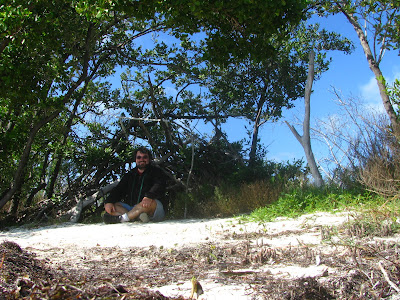 Cheyenne came to sit next to me and for a while we passed the time in companionable silence. 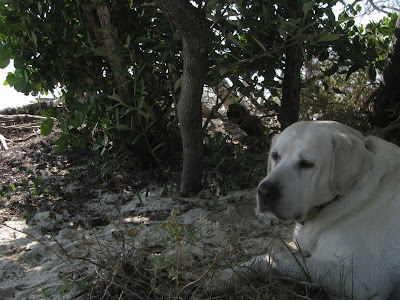 A man came down the beach minding his own business when Cheyenne saw him and she sat up with a start going all Labrador with her ears alert. I don't think he was much of a dog person because he saw her eyeing him through the bushes and he promptly turned tail and fled. At last! My attack Labrador training has paid off. And she didn't even growl. We passed the fisherman on the way back. His wife had dropped him off for his first visit to this beach, and so far he was having no luck. I told him I admired him for being able to stand in the freezing waters and he gave me a sickly grin as he tossed the lure over his shoulder. 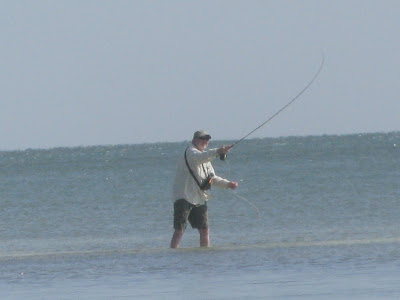 Really, it does get aggravating doesn't it, seeing all that sea and sun glittering away- it's just too damned pretty. 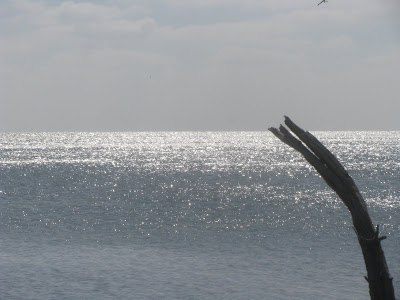 We made it back to the end of the beach in good order and I decided to cut back to the road directly through this apparently abandoned McMansion under construction. 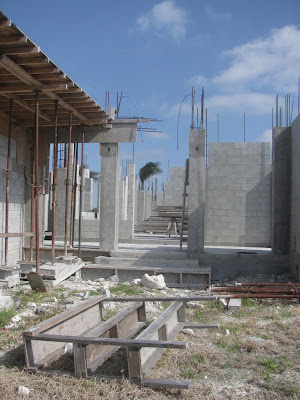 I was lucky. Not five minutes after we strolled through, with me weaving fantasies about living in such isolated splendor, a pick up loaded with building materials pulled up in front of the No Trespassing sign. You just never know what's really going on; what may appear abandoned -isn't. 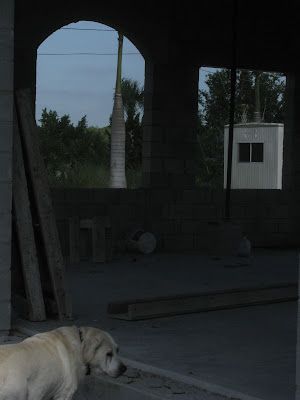 This guy came huffing by as we stepped out into the street. 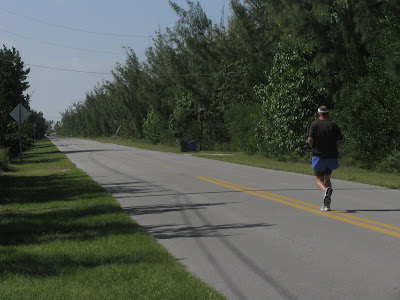 He was weird. He kept running down the center of the street like he was glued to the yellow line, even as cars approached he swerved only at the last minute. 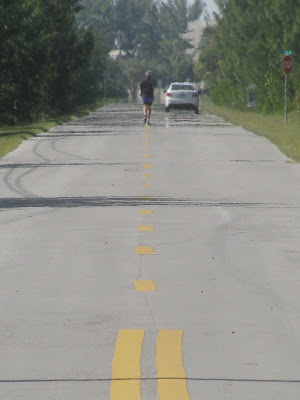 People and their death wishes.The City of Marathon has quite brilliantly obscured the sign to the proper public park behind the chain link fence so you can't see it as you flash by in your car. Once past you realise what you have done and have to back up to get inside the park, but it's a nice orderly spot when you do make it in. 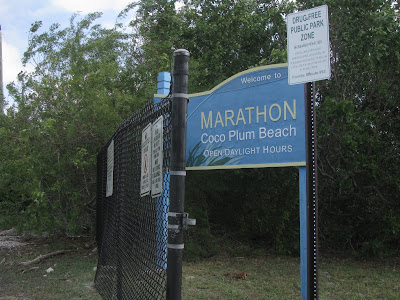 There are lots of billboards explaining the endangered status and lifestyle of assorted sea turtles: 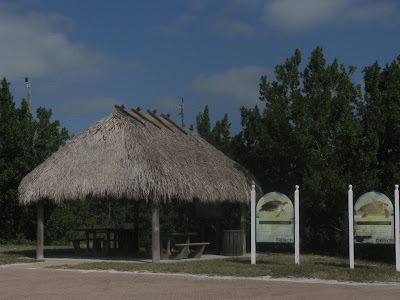 Beyond the neatly paved parking lot is the strip of sand, here looking west. 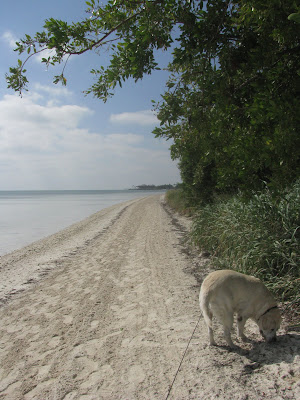 Even though there were no signs saying dogs had to be on a leash I kept Cheyenne on hers just...because. Then I saw local dogs frolicking in the water, in front of the Fort Myers Beach-like cement towers. 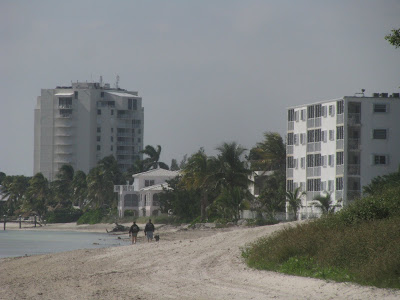 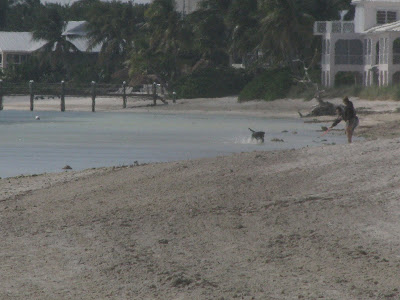 And behind me some dude was walking his pugs off leach so I let my fearsome attack Labrador go. The last I saw one of the pugs was leading it's plaintive owner a merry dance through the parking lot so he have done better to leash the brute. My obedient dog climbed in the car, ready for more Middle Keys adventures.
Posted by Conchscooter at 12:00 AM No comments: