I had a reason to be downtown, dropping off my ballot along with my wife's, ironically on the day the President went on television to denounce the peaceful voting process that brought him to power. The voting process that he now threatens to ignore. Well, that's two Florida votes for Biden. 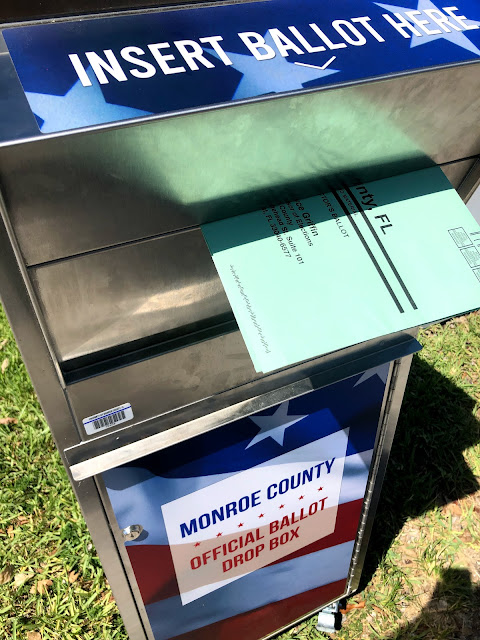 The bars are open, as shown by my decision to take a walk on Duval and see what's what. In case you are wondering I am of a strong enough constitution to walk while masked, even in 95 degree heat so that was what I did. 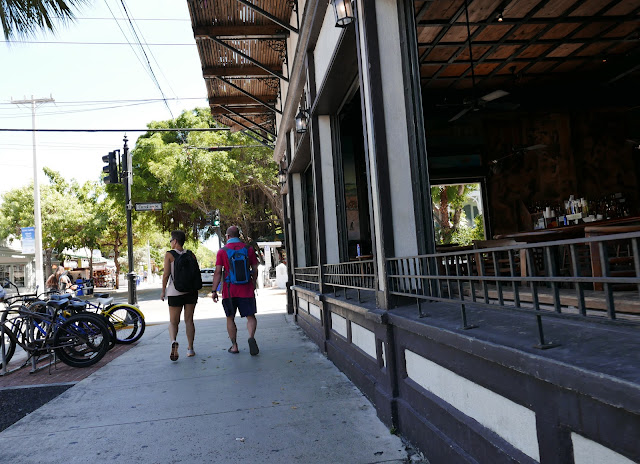 Not everyone followed suit, though I was surprised how many did. If you feel the need to support a local business, a fresh air seat in an almost empty bar seems like a pretty good plan for a liquid lunch. I had work to go back to shortly. 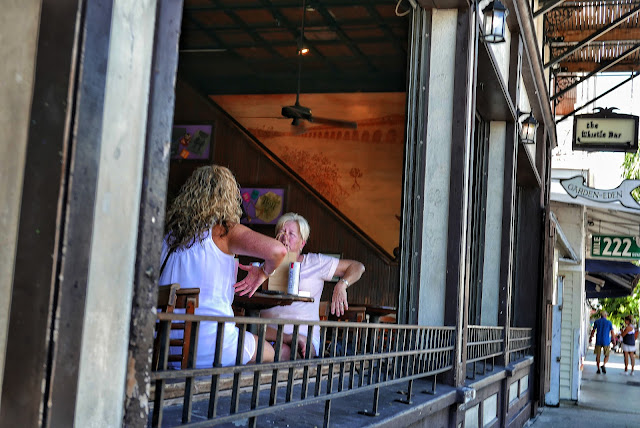 I was reading my selection of online papers yesterday and the numbers are going up in Wisconsin and I have to say I am surprised it took so long. When we were there in our camper van in July the entire state was functioning as normal, that is to say as we used to live before this pandemic. My wife and I felt like time travelers coming as we did from a high infection state. We wished them luck and went to Michigan where precautions were in effect. Now Florida is banning a science based response to infection. 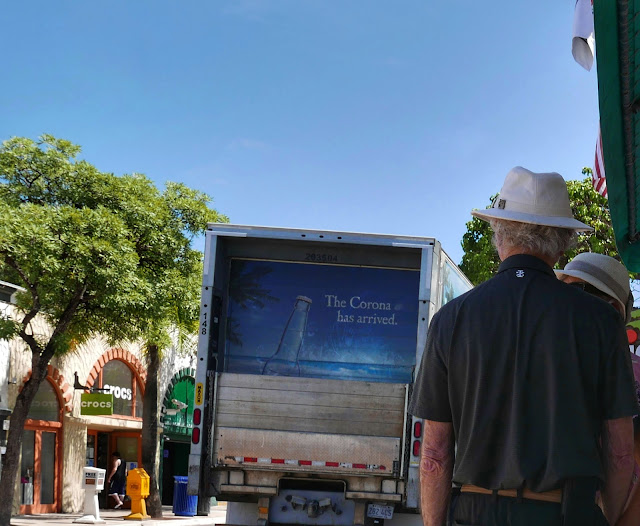 It was a hot afternoon on Duval and I was in long pants for work but there was quite a bit of traffic on the sidewalks, because whatever else is going on this is September, traditionally the slowest month of the year. Peak hurricane season, schools are open and the cool breezes of winter haven't yet arrived. 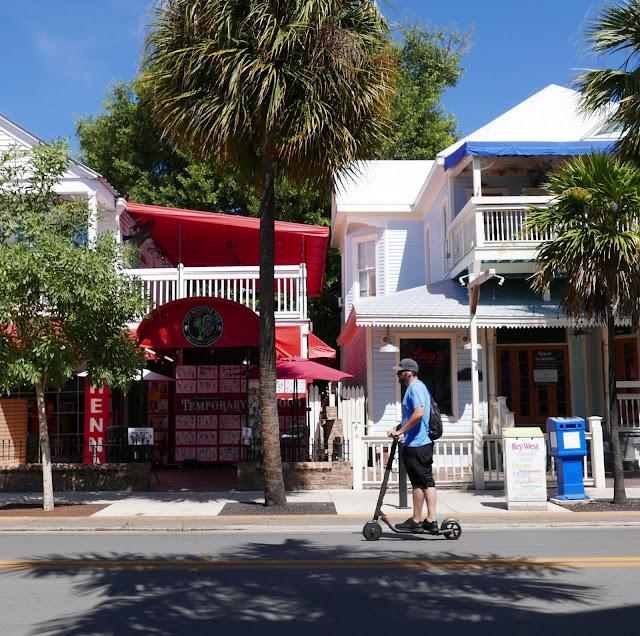 The solution to the Fall doldrums years ago was to create a carnival to draw people to the town where it was said a cannon shot down Duval might at best wake a dog sleeping in the shade. Fantasy Fest grew over the years and created a rather irritating name for itself as a magnet for bad taste in pursuit of tourist dollars.. The new organizers were slowly turning around the tits-on-display attitude where a week long street party in Key West was for elderly middle class pillars of their communities back home to pretend to be reprobates in secret far away.  However all that came to a screeching halt this year. 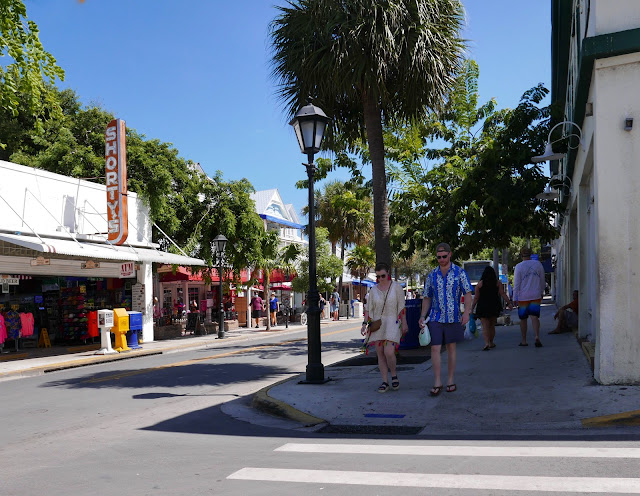 Or did it? The newspaper is reporting a  group of people from Tampa, exactly those who can't strip naked at home in public want to have their own tasteless display in Key West. I never have found the Tampa crowd particularly in tune with the event and this year they are apparently planning their own party in Key West crowing that thanks to the Governor they can ignore local reticence on the subject. 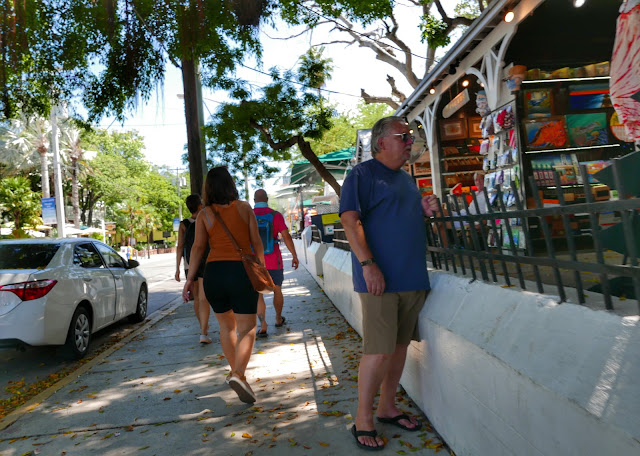 I used to enjoy the week of Fantasy Fest and my friends thought I was stupid for sticking up for the week we spent in our own reality. I got overtime rather than time off and i am not one to dress up in costumes but I enjoy the good cheer of a downtown party and ignored the tastelessness that went with it. It was not an easy balance to find but in a  town where tacky and tourism have always seemed synonymous it wasn't that much of a stretch to enjoy the carnival and ignore the puerile humor. 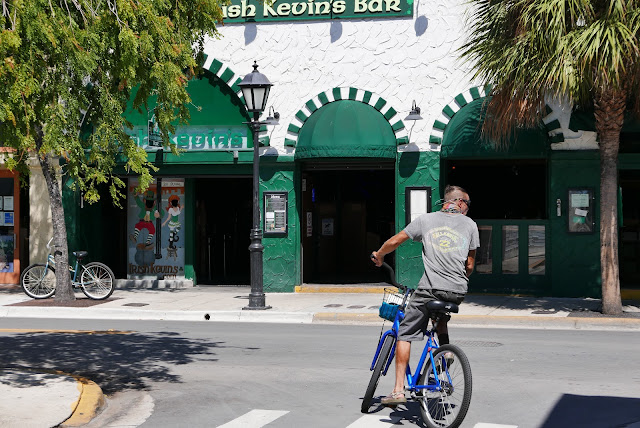 And this year the silliness of the last week in October is perforce missing. I doubt the Tampa gate crashers will organize much of anything and to announce a Black Lingerie Matters bike ride to the newspaper is hardly a portent of good sense in a year when BLM are initials far too pregnant with meaning to be made fun of. The Zombie Bike Ride is just another casualty of our First World Problem and mocking a political movement that has everyone on both sides riled up seems to cross a bad taste line that is bad even by Fantasy Fest's loose morals. Bad taste is one thing but political hay making is quite another. 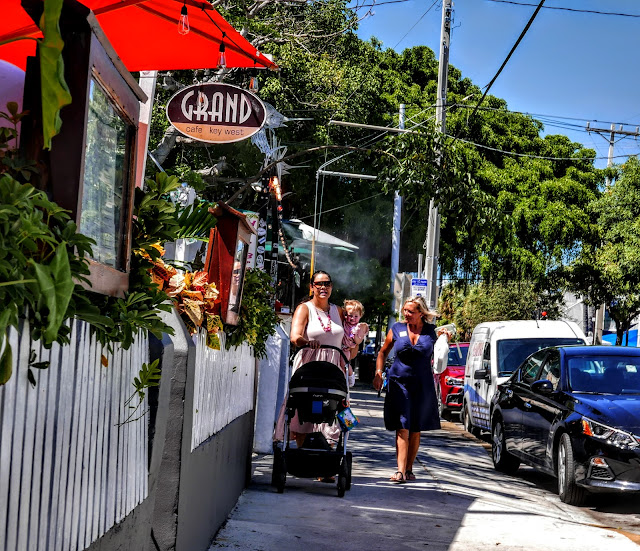 Next year, assuming the pandemic has run its course and all things are equal, should be my last Fantasy Fest at the police department so I'm keeping my fingers crossed hoping it will be brilliant and sparkle and make people happy, a portent of good times to come. This year we just keep on keeping on and wait with patience for things to somehow get better.
Posted by Conchscooter at 12:00 AM 13 comments: