My sister lives in the far north of Scotland, a lovely place no doubt and I had a fine time visiting last month. I got to see it under unexpected  sunshine, very welcome but  a rare interlude. That was followed by rain which was quite different. 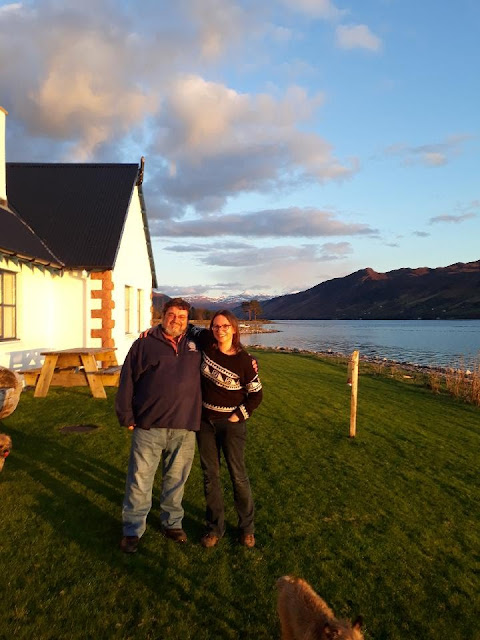 There however I was on vacation. Here I am not and when the rain can't stay away I am forced to go back to look at the pictures I snapped when the norm was sunshine, when walking was a pleasure. I met JW on the street, a former dispatcher I trained who went to work elsewhere in the city he was born in. If you think you are a Conch my rule of thumb is that you must know JW to be able to make that claim. I am very glad he has put in his papers to become a cop so I will see him around the police station once again. 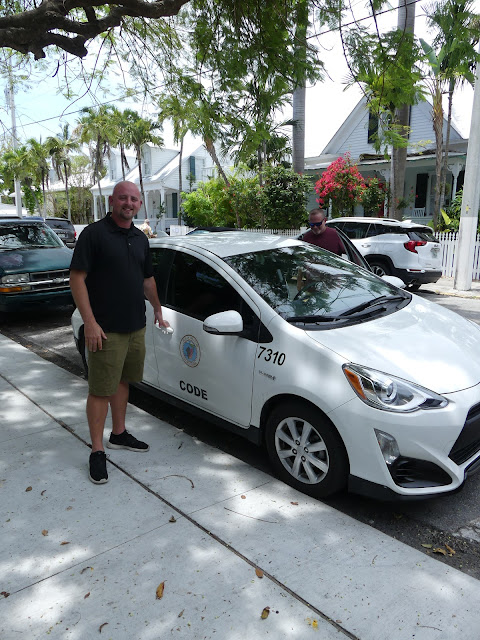 I try to be nice when I see tourists stuck on the street, I really do. This lot were actually a lot smarter than my rather stupid stereotyping might have first indicated. They were smart enough to be making sure they knew where they parked their vehicle. Being Germans of some sort they were dying of heat poor things so I directed them to an oasis and congratulated them on thinking ahead, Even as I write this I think of my night at work yesterday when we started the evening in dispatch with TWO calls from tourists with lost cars. 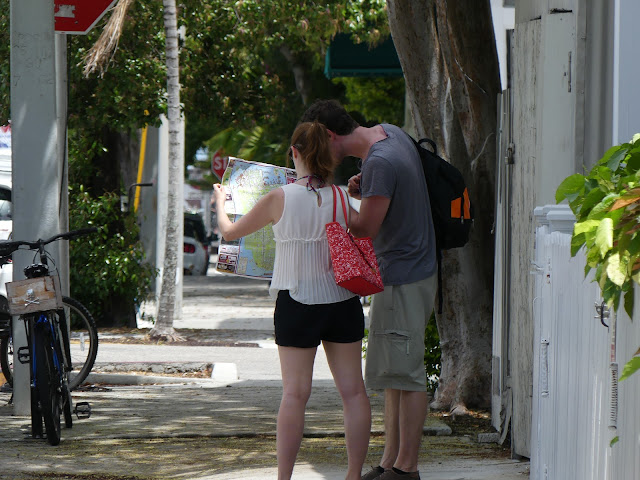 I wondered if this was some variant on ice fishing. Apparently not: 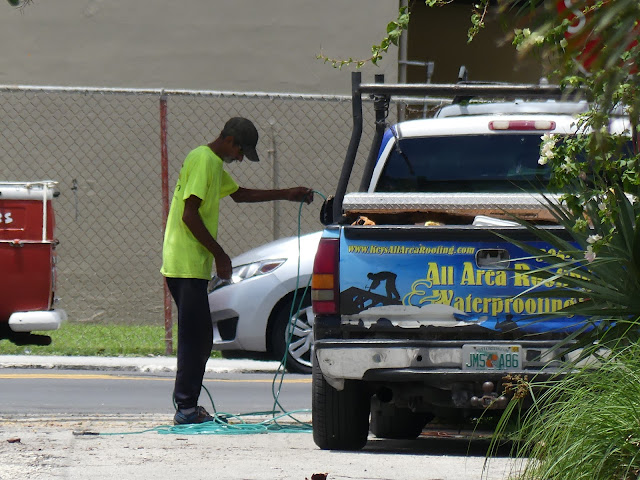 There  was  some bad news last  week for Monroe County thanks to lingering problems from Hurricane Irma. The problem concerns canal clean up in the areas hit hardest by the hurricane's 140-150 mph winds.  The Feds have loaned the county six million dollars to get the canals cleared of  rotting sinking debris, so naturally they went with the low bidder at $55 per cubic yard.  Half a million dollars into the contract with just five canals cleared they have bowed out.
It  turns out 55 dollars  a yard wasn't enough (the high bid was 160 dollars) and the employees after a  long days laboring had to sleep in their cars as they couldn't afford the Keys hotel rates. I guess the contractor felt no obligation to house the slaves. What extraordinary times we live in. So much public  hand wringing about  decency and wealth inequity and so much unseen servitude. Meanwhile the canals aren't getting cleared. 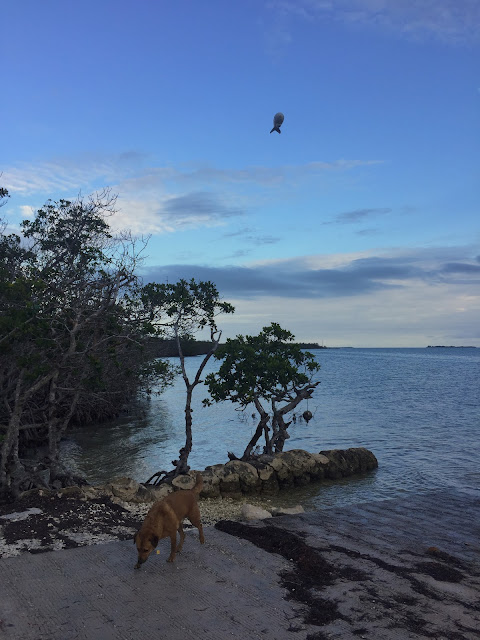 The housing situation gets no better and  workers are fleeing the Keys creating shortage that impact the ability of businesses to operate.   The wealthy retiree component of the Keys population wants fewer tourists - no problem considering the negative hurricane publicity - which flies in the face of the working segment of the population. 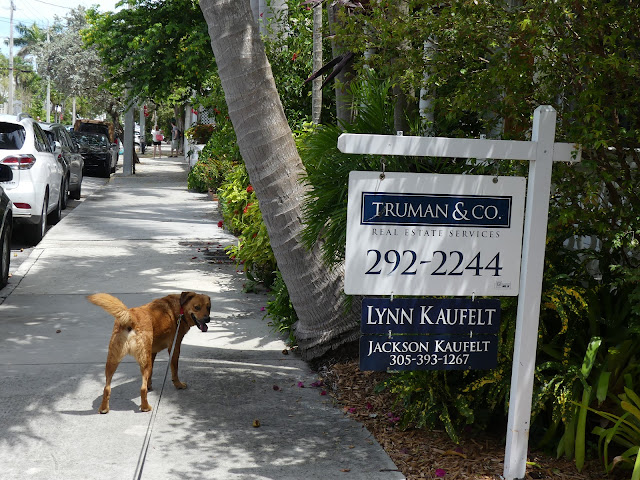 The  city commission has several "affordable" and "workforce" housing plans but get this: the rental rates are based on a  formula that has seen adjusted median incomes rise over past years. 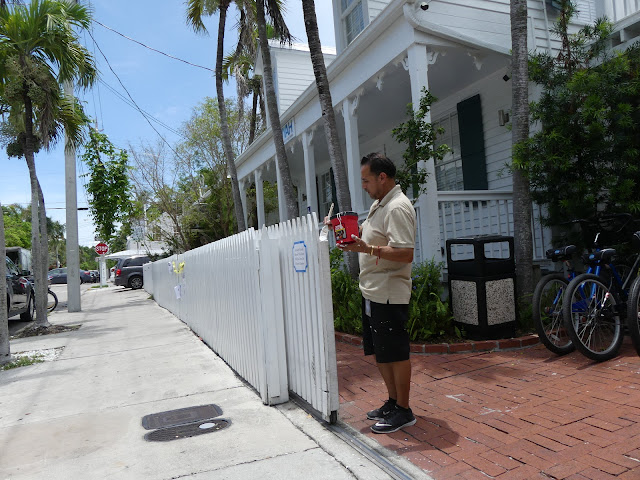 Here's what they do. The people in charge calculate the median wage and set affordable housing as  a percentage, between about 60 and 120  percent depending on family size and home size. Here's the thing though and I could hardly believe it when I read it. It seems the median income in the Keys has gone UP by about $20,000 this past year which sounds  completely wrong considering diminished tourism and hurricane stresses and so forth. 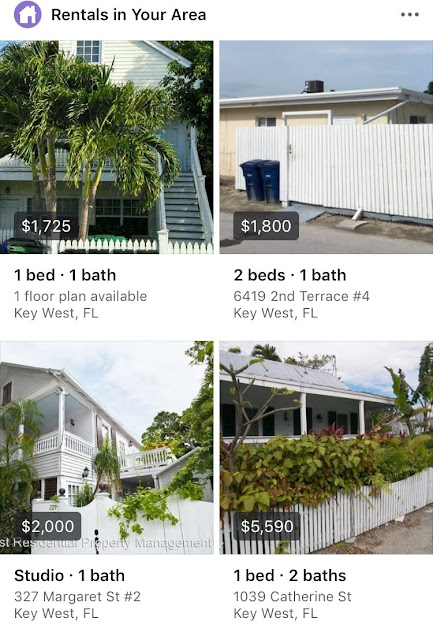 Here's what happened. They calculated  adjusted median income by adding in the income of the non working element in the Keys, the wealthy retirees and snowbirds, people who would never qualify for subsidized housing. It just seems like the people in charge aren't even pretending to try.
Posted by Conchscooter at 12:00 AM 4 comments: