There is no such place as Utila Lane in Key West. There very well could be of course as Utila is a small island off the north Coast of Honduras in the Western Caribbean. It is most famous for being an English speaking island in a Spanish speaking country, and for its diving. I call this alley between Elizabeth Street and Bill Butler Park Utila Lane because it reminds me of the cement paths on Utila, so small it has almost no cars and just two roads. 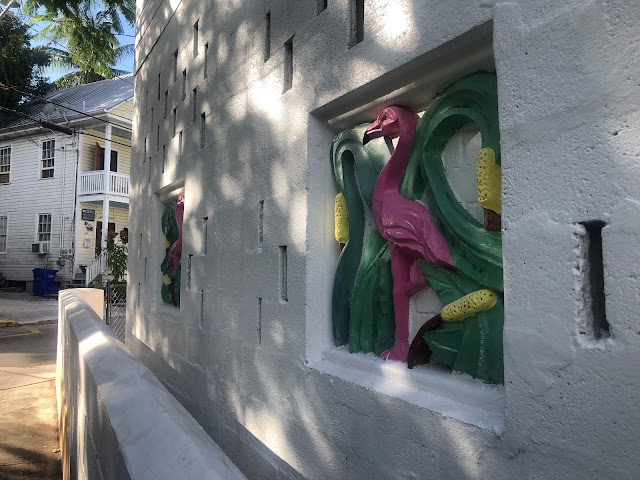 This is a picture I took in March 2009 when my Labrador rolled by and alerted this yard bound dog to her presence. He has always been there ever since. 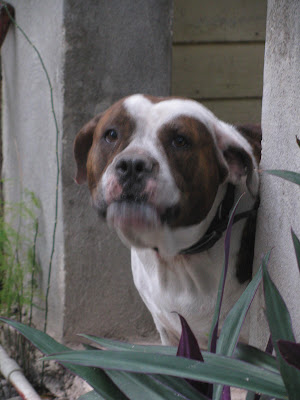 And is still there and still barking when you stroll by even without a dog apparently.  Time passes for all of us. I wonder if he misses all those walks he never took. 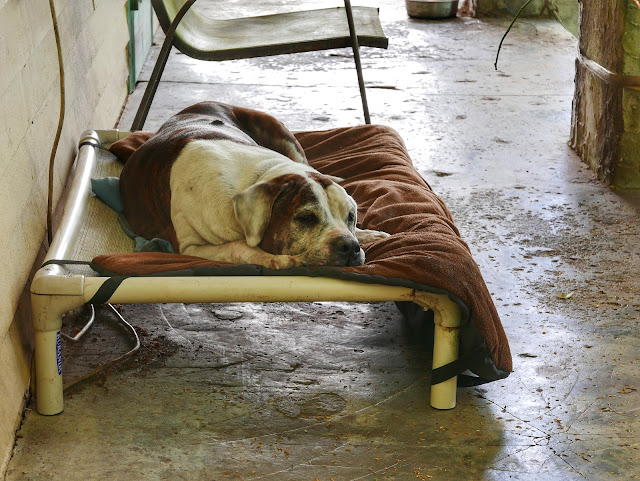 Utila Lane in all its winter glory: 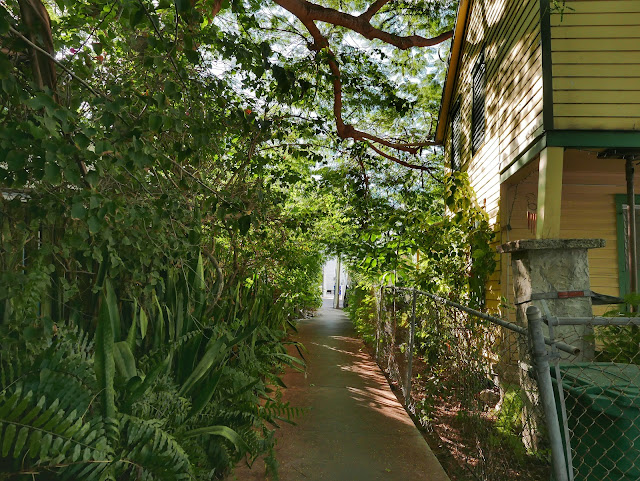 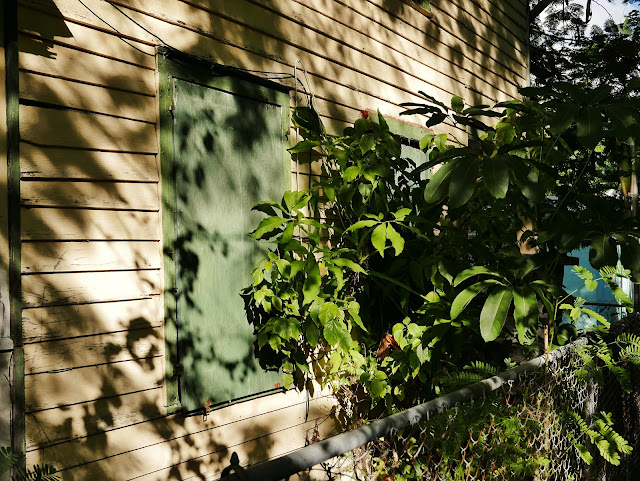 The alley pops out into the traffic zone on the side of Bill Butler Park... 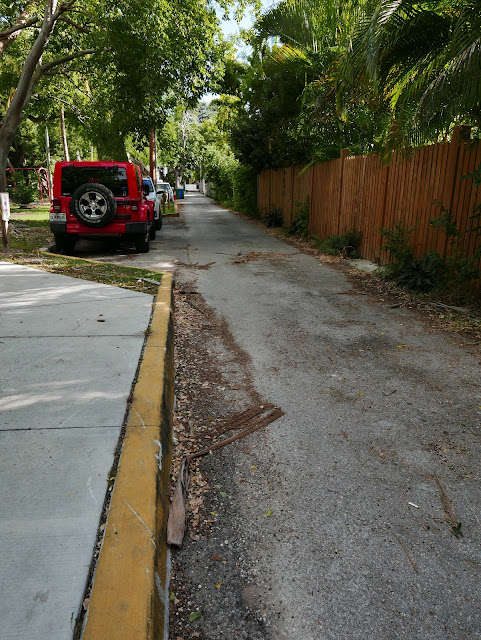 ...which park has a small wood of gumbo limbo trees  in the middle. 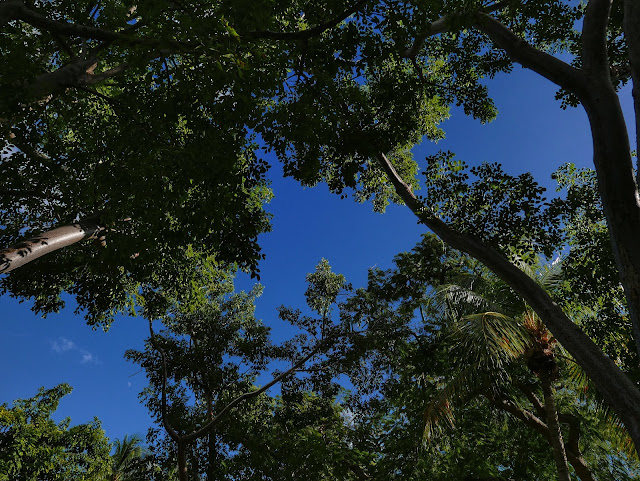 Bill Butler died in 1984 and was considered the "King of the Junkanoos" which are carnival style celebrants in the Bahamas. They still mark Junkanoo every year in the Family Islands which are of course tied by tradition to families in the Keys. 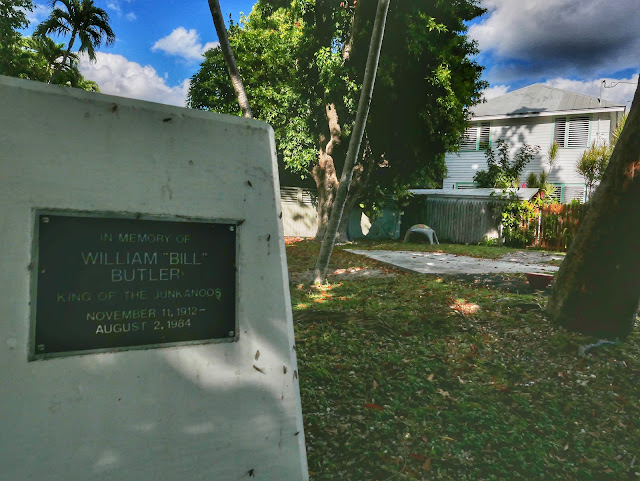 From the Guardian newspaper:
Junkanoo is a street parade with music, which traditionally occurs at Christmas.

The name is said to have originated during the slave trade, from John Canoe, a legendary West African chief who was idolized by the slaves. The African workers were allowed three days off, Christmas Day, Boxing Day and New Year's Day, and would rush out on the streets to celebrate. The tradition continued after slavery was abolished, with parties taking place in almost every town. Junkanoo was commercialized by the Bahamas government in the 1920s and, last year, the decision was made to hold a Junkanoo Summer Festival on the islands' capital, Nassau, and to extend the party over several weeks. 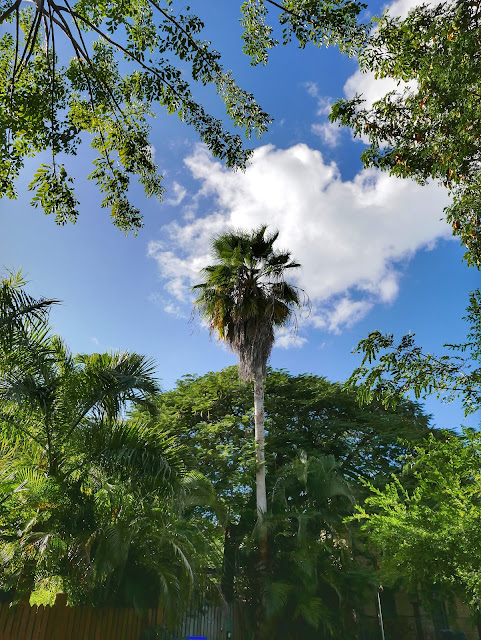 We hear nothing from the Bahamas now the hurricane recovery is in the less dramatic  phase with billions in damage and  thousands of people displaced from the northern islands. They need tourists more than ever on the undamaged islands and all the Junkanoo they can put on. Which is not to say we don't all have more Junkanoo and more hurricanes in our futures.
Posted by Conchscooter at 12:00 AM 2 comments: