The election on Tuesday brought some changes to the Florida Keys political landscape but one has to wonder how on earth a South Florida modest House of Representatives race could have been worth 14 million dollars. That's how much the campaign cost between the victor Carlos Curbelo, Republican, and outgoing Democrat Joe Garcia who was completing his very first two year term in office. This picture below lloks like a political hoarding but it's just the parking lady meditating in her chair with her sign encouraging people to use the Steve Walker parking lot. She sits there all winter and smiles as you pass by: 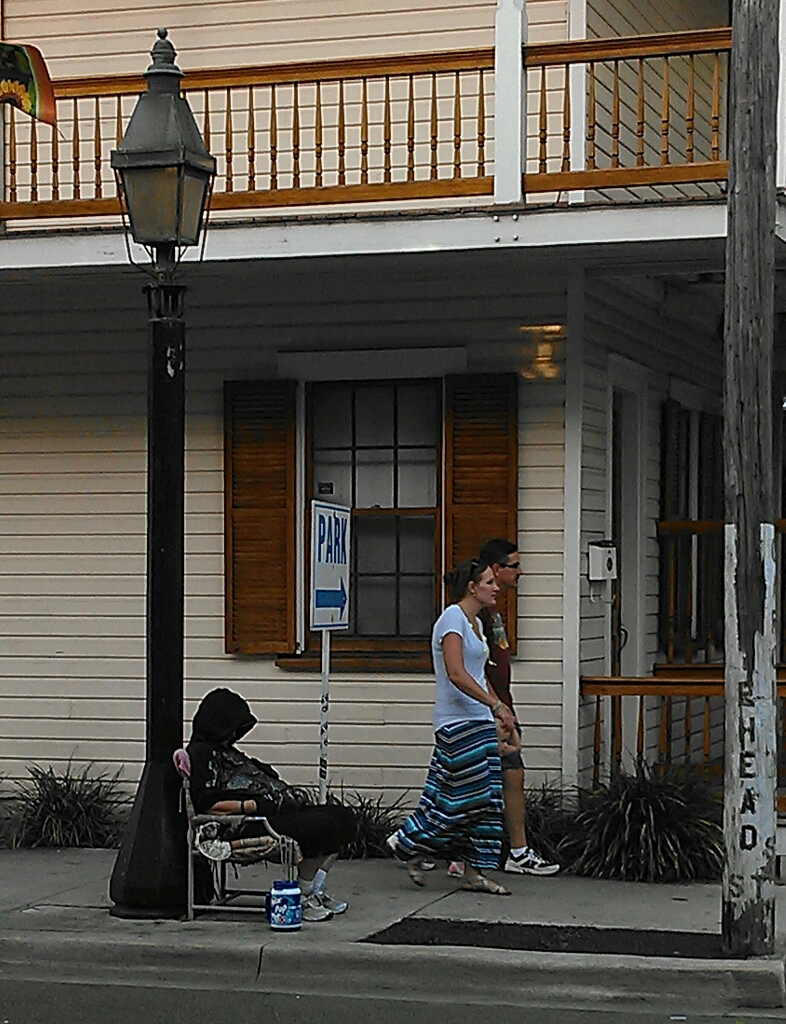 Because the Keys are contrarians in so many things, in this case a majority of voters here backed the scandal plagued Garcia, whose defiantly idiotic first and only term was described thusly in the Miami Herald:

Garcia’s term was clouded by the conviction of his former chief of staff, who served 65 days in jail for orchestrating an unlawful online absentee-ballot request scheme in the 2012 election. The congressman’s 2010 campaign is under federal criminal investigation over a suspected straw candidate.

Still, Garcia said Tuesday he was proud of his tenure.

“There is nothing that I didn’t get to do while I was serving in Congress, except be in the majority,” he said. “I wish we could have had a different outcome. But that’s the only thing I’d change. There is nothing to regret with a job well done.”

He blamed his loss on “savage” outside spending in the race by conservative political groups. 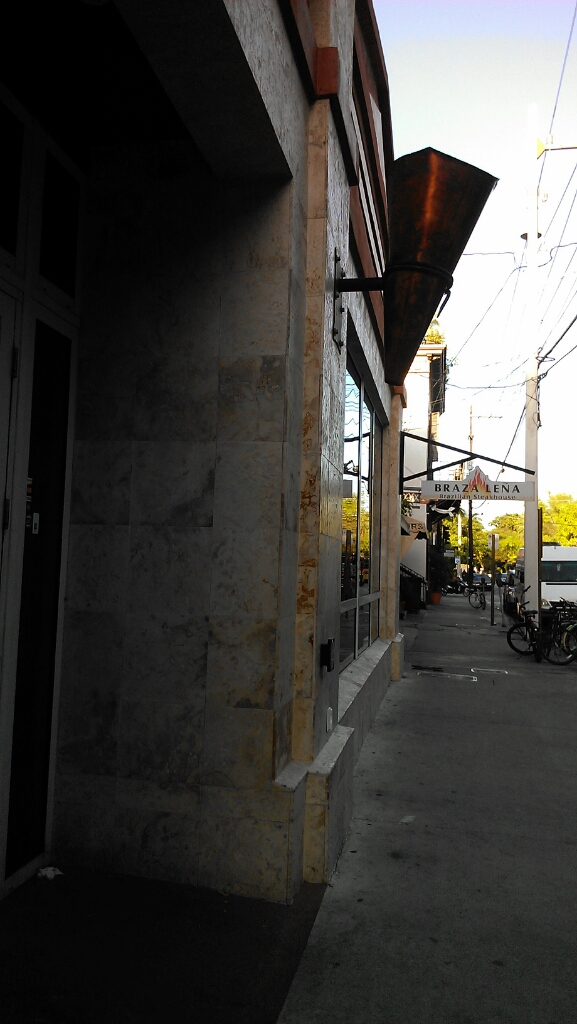 You have to wonder how these politicians we elect cannot bring themselves to say they are sorry they screwed us over. At least that. But no, they are all proud and feel they accomplished stuff etc etc...No wonder only half the elegible voters turned out. Voting seems to mean less and less when your choices are between one doofus and another. Curbelo is an advertising hack and friend swith the Diaz Balart family of South Florida- the in-laws of Fidel Castro and die hard promoters of the stupid embargo which they view as a justifiable family feud. I cannot conceive that Curbelo will shock us with his pragmatism. I wonder what it would be like if we could have proportional representation and break the backs of the two big monopolistic parties. How cool that would be. And impossible. 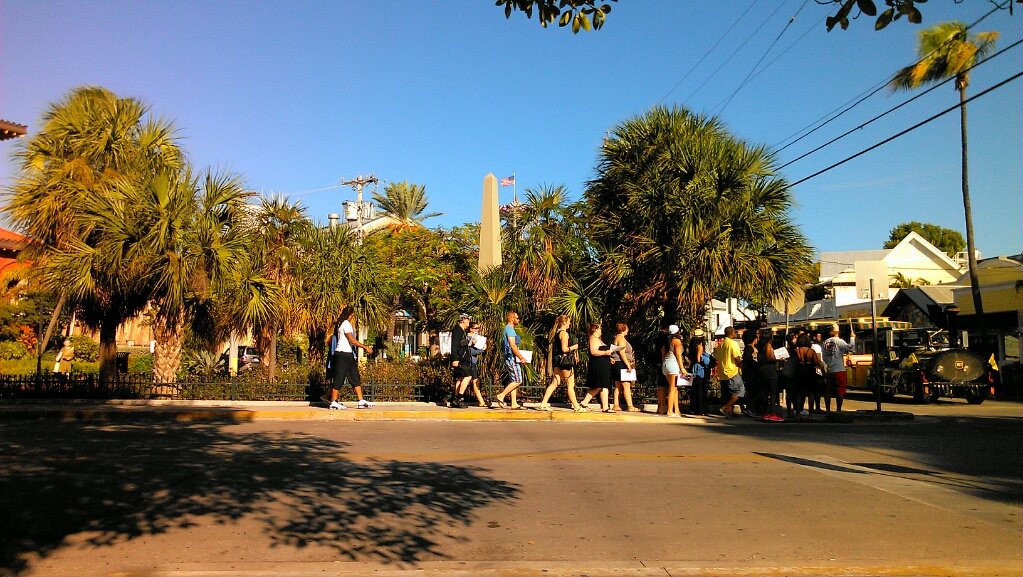 Instead we look around, we ordinary people and we see the tourists lining up to enjoy our fair city, crossing Clinton Square in childlike crocodile lines. Or we cross Mallory Square on a breezy sunny afternoon and we spot a wiry athlete strengthening her core muscles in public closely observed by the flabby inert bundles of homelessness that inhabit this place. Key West: contrast and compare. 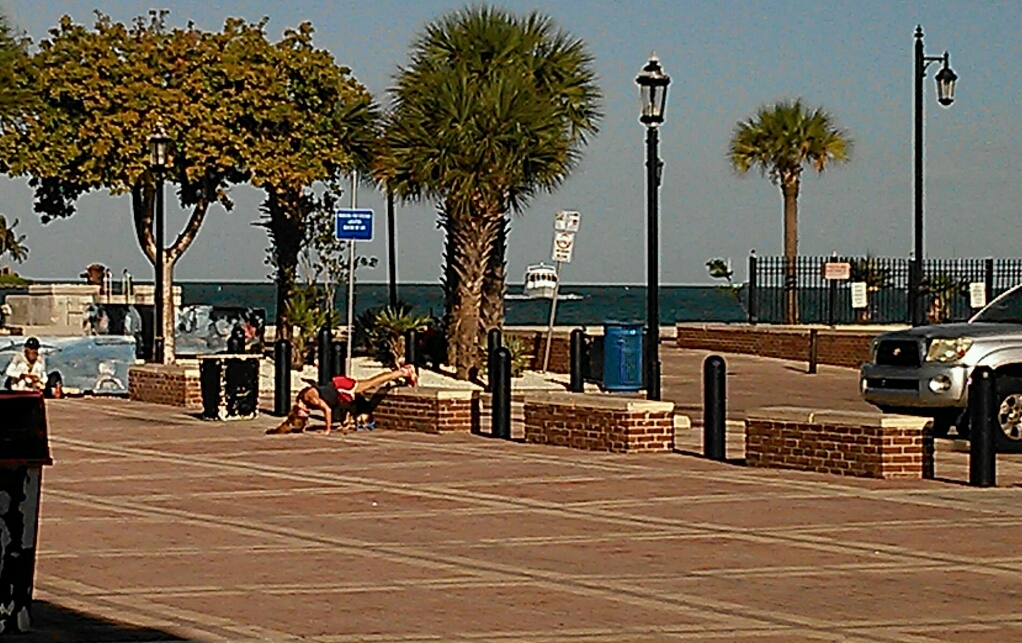 My dog, my love, brought back to energetic life by the cold weather has been criss crossing the city like a puppy, nose down and speed walking. Seen here heading toward El Meson de Pepe. 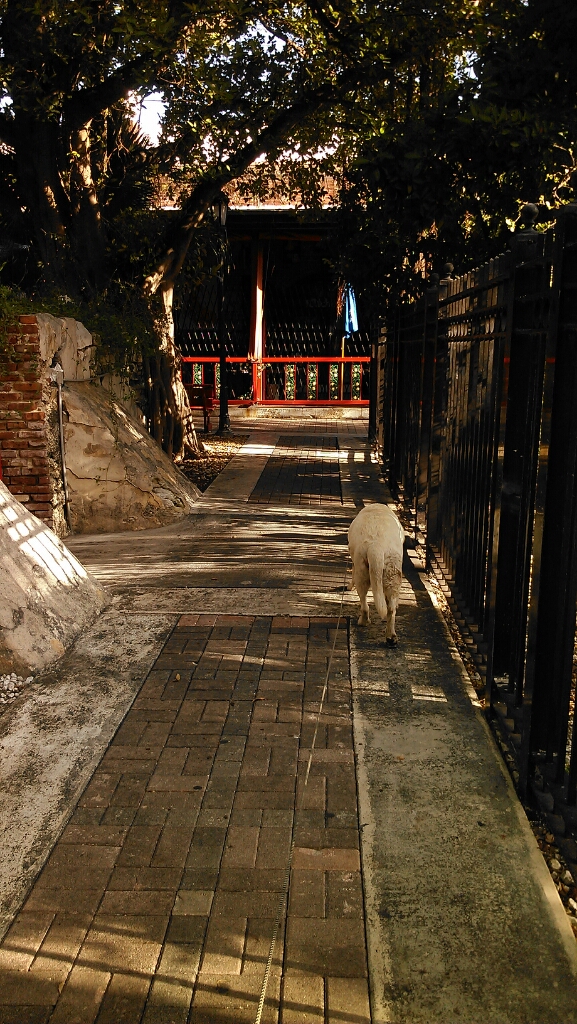 And then I saw this bicycle decorated in a rather peculiar manner. I once drank a quantity of Fernet after an excessively large lunch when I was a teenager. I have never forgotten the effect of that ghastly fermented herb liquid on my digestive tract. I cannot now look at the name without remembering vividly and tastelessly my introduction to projectile vomiting. Just seeing the name of that foul Italian digestive drink gives me shudders. 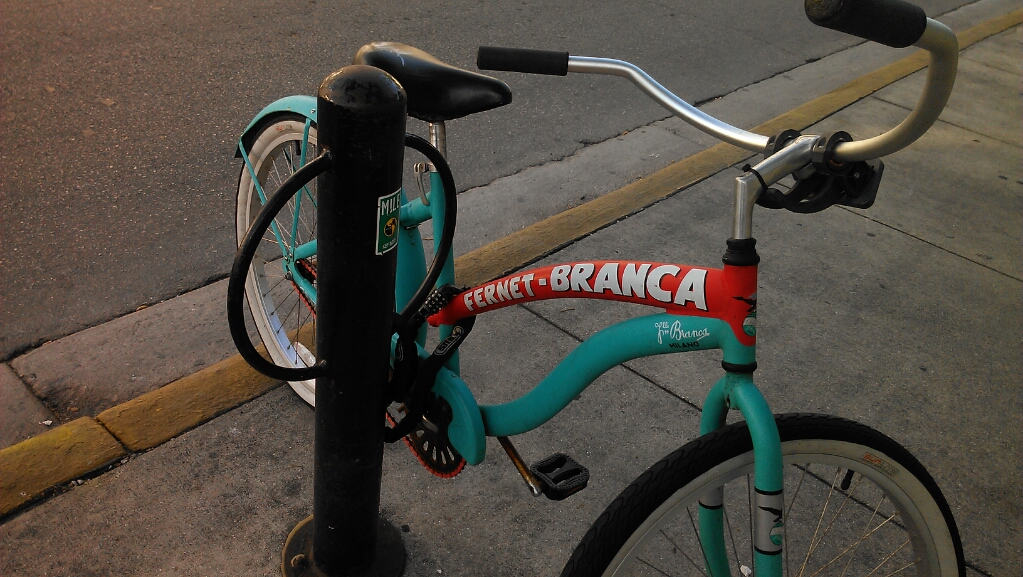 Well, that will take a man's mind off the irritations of voting in a broken political system. Money talks and votes whisper and Fernet Branca still sucks, after all these years.